These intensive, biofloc-based, minimal-water-exchange systems can be built inland, away from the coast, in lower-cost land and closer to major urban areas where demand for fresh, never-frozen shrimp can be very significant.

However, some water must be replaced even in minimal-exchange systems to manage solids and control the accumulation of contaminants like nitrate and metals. Consequently, imported seawater or artificial sea salts can be a substantial expense in inland systems, supporting their operation at the lowest salinity possible to optimize financial performance.

The ionic composition of saltwater can vary based on its origin, but only the concentration and ratios of a few major ions are most important for culture of Pacific white shrimp. Although Pacific white shrimp has been produced in the United States – mostly in outdoor ponds and at relatively low stocking densities of 10 to 40 cubic meters in outdoor ponds – at salinities of 1 to 15‰ in Alabama, Arizona, Florida and Texas, available information is inadequate regarding commercial-scale shrimp production in intensive biofloc systems at low or moderate salinities.

We conducted our study during winter months at the University of Southern Mississippi’s Thad Cochran Marine Aquaculture Center (CMAC), located in Ocean Springs, Miss., USA. Eight-day-old postlarvae (PL8) of Pacific white shrimp from a commercial producer in Islamorada, Fla., were stocked at 4,000 shrimp per cubic meter in 30.1 by 3.2-meter raceways located in dome-shaped greenhouse structures covered in clear plastic. Boilers were used to control water temperature.

Shrimp postlarvae were first reared in a nursery raceway for 54 days at a salinity of 25‰, with sucrose added periodically to increase the C:N ratio and encourage heterotrophic bacterial assimilation of ammonia on an as needed basis. Animals were initially fed (for the first 16 days of nursery) with freshly hatched artemia sp. from INVE Aquaculture, and beginning on the first day and through the nursery phase, shrimp were fed various nursery feeds from Zeigler Brothers, Inc. with varying crumble sizes according to the size of shrimp. During the nursery phase, shrimp were fed based on a percent of the assumed shrimp biomass, starting at 15 percent of biomass and gradually decreasing to 8.8 percent.

Shrimp were sampled at the end of the nursery phase and weighed 1.22 ± 0.02 grams (mean ± SEM). Animals were then enumerated by weight and 12,500 shrimp were placed into each of nine production raceways, identical to the one used for the nursery phase, except that only four airlift devices were contained in each raceway, and Venturi nozzles were added to increase aeration and promote water circulation. These nine raceways were each randomly assigned to different salinity treatments: a low salinity (10‰) treatment (LS), a medium salinity (20‰) treatment (MS), and a high salinity (30‰) treatment (HS).

For the first nine days after shrimp were moved to the growout raceways, both the Zeigler PL 40-9 Vpak diet and the Zeigler Hyperintensive-35 diet were provided, after which only Zeigler

Hyperintensive-35 diet was given. Feed rations were calculated such that no uneaten feed could be found in the raceways 30 minutes prior to each feeding. Each raceway received the same amount of feed at every feeding. Shrimp weights were estimated once per week by weighing five groups of 10 shrimp from each raceway, and the animals were experimentally reared for eight weeks.

The shrimp production metrics resulting from this study were generally at commercially-acceptable levels irrespective of salinity values (Table 1). A mortality event in one of the LS raceways resulted in lower shrimp production in that treatment. However, there were no significant differences in any shrimp production metric between treatments. Growth rate was high and feed conversion ratio (FCR) was low, and the appearance of harvested shrimp was good.

Salinity levels in the raceways were steady throughout the study and were significantly different between treatments. The concentration of the major ions corresponded with salinity, but there were significant differences between HS and LS calcium and potassium values. Regarding pH, it was significantly higher in the LS treatment, followed by the MS and then the HS treatments.

The reason for lower pH values with increasing salinity observed in the study was not clear. Our observed relationship between salinity and pH could have been due to potentially increased photosynthesis in the lower salinity treatments.

During the study, intensive monitoring of salinity and pH and the regular inputs of fresh water and sodium bicarbonate supported consistent pH and salinity. The uniform temperature, pH, DO and salinity may have contributed to the resulting high shrimp production, because a more constant physical environment helps minimize stress for aquatic animals.

Our study demonstrates the benefits of maintaining relative consistency in water quality parameters and the potential for substantial savings in seawater by growing marine shrimp at lower salinities. When considering the price of artificial sea salts for any aquaculture facilities located away from the ocean, these water savings represent direct cost savings. The low rate of water exchange during this study also helps to lower seawater use and justify inland shrimp aquaculture. Water was only exchanged as a result of solids removal. Several similar trials conducted at the Oceanic Institute (OI) in Hawaii were reported to have used 187, 172, and 402 liters of seawater per kg of shrimp.

The significantly lower production in the LS treatment would result in lower profit for a commercial shrimp operation, even though there were no significant differences in shrimp production between the treatments evaluated.

Although uncertain, the unplanned introduction of anaerobic material could have caused the same level of mortality in the higher salinity treatments. But the estimated cost of artificial salts was 49.7 percent lower in the LS treatment vs. the MS treatment, which would represent higher profit margins for shrimp producers.

When deciding the salinity at which to culture shrimp, production goals and availability and cost of sea salt should be considered. In addition, because oscillations in ammonia and nitrite are common in intensive biofloc-based systems, these should also be considered. Our research shows that the three salinities studied can result in comparable shrimp production in commercial-scale biofloc systems. 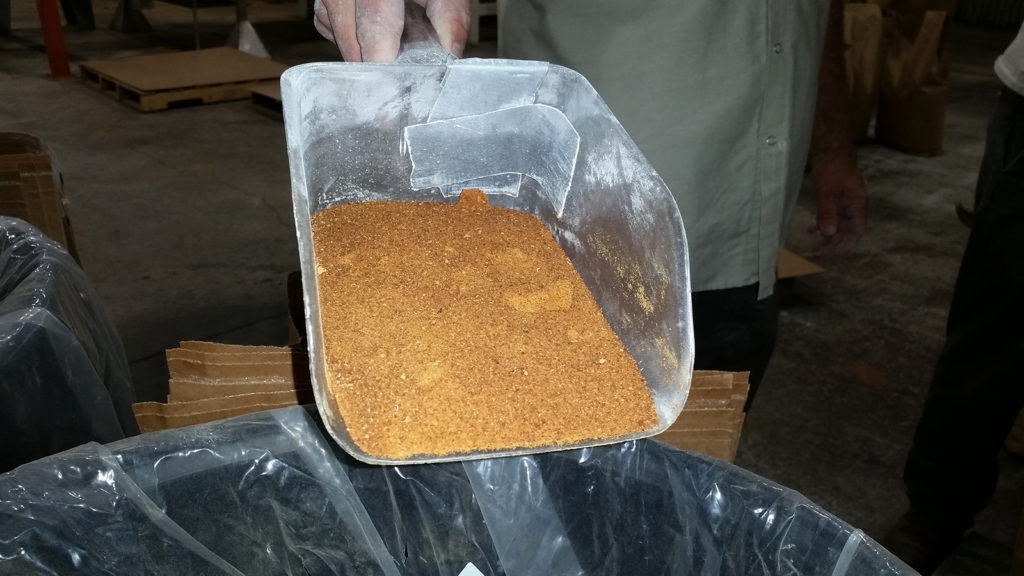