When it comes to gastronomy, Japan has captured the world’s attention with signatures sake and sushi as well as its bold takes on global favorites like whiskey and caviar.

Wait, what? Caviar? Indeed, after several years on domestic gourmet menus, Japanese caviar had its global coming-out party in Hong Kong in 2017 and is now finding shelf space in Taiwan, Singapore, the United States and Canada.

Even with the eradication of black-market trades from illegal fisheries in the early part of this century, the cost of caviar – made from cured sturgeon eggs – remains an expensive delicacy, even though aquaculture has taken the reins of the global supply chain. This is mainly due to the inordinate amount of time it takes to determine which fish are male and which are female.

Sturgeon farms run up high costs by waiting until their fish are about three years old before opening a section of their stomachs to confirm the color and shape of their reproductive glands. The fish are then stitched back up and returned to their tanks, no worse for the wear.

But a new technique developed by Kindai University could pave the way for cheaper caviar production. In December 2019, the university announced that it had successfully turned a batch of artificially incubated sturgeon into females after administering female hormones.

“In Japan, sturgeon meat is almost never sold and the males, which cannot be used to produce caviar, only increase production costs at sturgeon farms,” associate professor Toshinao Ineno of Kindai University’s Aquaculture Research Institute told the Advocate. “If we can get rid of the males from the beginning and we know for sure that all our fish are female, the cost of determining the sex of the fish can be brought down significantly. Identifying the sex of 1,000 sturgeons requires a team of around five people over 30 days. In addition to labor costs, there is also the cost of feed that’s used while the farmers wait until the fish are three years old.

“We estimate that these costs are around 25 percent of overall production costs, but this can be reduced by making all our fish female,” he added.

Four months after their artificial incubation, 150 juvenile Siberian sturgeons were given feed mixed with the hormone estradiol for about six months before their diet was switched back to regular feed. Several were inspected, and all of them contained egg cells.

“The results are extremely promising,” said Ineno. “As well as producing caviar, an all-female batch of sturgeon is advantageous for other reasons. Sturgeons are big fish to rear, which means that we need more water and bigger rearing facilities. This is a significant hurdle to overcome in mass production and another reason why we started looking into all-female batches.”

Kindai University started researching sturgeon in 1995 and began selling its own brand of caviar – Kindai Caviar – in 2008. It’s currently rearing 1,500 sturgeons and plans to produce 45 kg of caviar a year over the next 10 years.

“We want to produce caviar to showcase Kindai’s technology and expertise, not profit from sales,” said Ineno. “In order to export caviar abroad, fish farms and caviar factories must be registered under CITES rules but Kindai isn’t yet registered so our goal is to produce caviar for research and sell it within Japan.”

The university is also investigating the possibility of producing all-female batches in other ways.

“We are looking at the effects of raw materials such as soybeans and the herb Psoralea corylifolia (babchi seeds) on the gonadal development of sturgeon,” said Ineno. “Further research is being conducted into whether we can mix such materials into feed and enable the sturgeon to ingest them easily.”

Kindai’s latest research is likely to benefit other Japanese caviar firms. In Miyazaki, southern Japan, prefectural officials have been trying to establish a new market for locally farmed sturgeons for several years. Today, the species is becoming increasingly well known across the prefecture.

“We first started selling caviar in Japan in November 2013, but it all began back in 1983 when bester sturgeon, the hybrid of a beluga female and sterlet male, were imported from the then-Soviet Union as part of an aquaculture experiment,” explained Moto-o Sakamoto, president of Japan Caviar Inc., a company in Miyazaki that manufactures and sells caviar across Japan. “Miyazaki became involved because it had the necessary technology and research expertise thanks to the Miyazaki Prefectural Fisheries Research Institute.”

Sturgeon eggs are collected and treated in a processing facility under strictly controlled conditions before being matured at low temperatures for several months to produce caviar. After developing its breeding technology in 1983, Japan Caviar Inc. began selling its own caviar 30 years later, and is served to first-class passengers on international flights.

There couldn’t be a better time for Japan to try its hand at new seafood products like caviar.

With the length of time it takes to rear sturgeon and for their eggs to be ready, Sakamoto is excited about Kindai’s new technique.

“Rearing sturgeon is not without challenges, and it’s difficult to produce a stable amount of caviar,” he said. “You need to pay attention to so many areas – water quality, feed – and number each female so you can compare their conditions with data so far and see when they’re most healthy and in the best condition for caviar production.”

“Kindai’s technique is a significant breakthrough,” he continued. “It will contribute greatly toward better and more efficient aquaculture for the caviar industry. If it takes off in Japan and caviar producers can benefit widely, it could pave the way for them to hold out against price competition with non-Japanese producers. We’re looking forward to the technique being put to practical use as soon as possible.”

At a time when the majority of sturgeon species are declining drastically and listed as endangered due to environmental pollution and overfishing, Ineno hopes that locally produced caviar will attract further attention. With freshwater fish farming declining in Japan, he also says that sturgeon farming could revitalize what is an important sector for the country’s depopulated areas and mountainous regions.

“If people are aware of this issue and only eat caviar from farmed sturgeon, fishing pressure on wild sturgeon will decrease and we can save the species from extinction,” he said. “In the meantime, any research that makes it possible to produce all-female sturgeon juveniles, or makes juvenile production more efficient, will give private aquaculture facilities a steady supply. This could also help other species and Japan’s freshwater farming sector as a whole.”

Through companies such as Japan Caviar Inc., Miyazaki Prefecture is aiming to further expand its overall fishery production and contribute to the growth of Japan’s aquaculture. With Kindai’s new technique getting underway, Sakamoto is confident that sturgeon farming and caviar can be successful as an export-driven industry.

“We’ve had a substantial amount of people getting in touch from overseas, and in April 2019, Japan Caviar Inc., obtained U.S. HACCP certification,” he said. “There couldn’t be a better time for Japan to try its hand at new seafood products like caviar.” 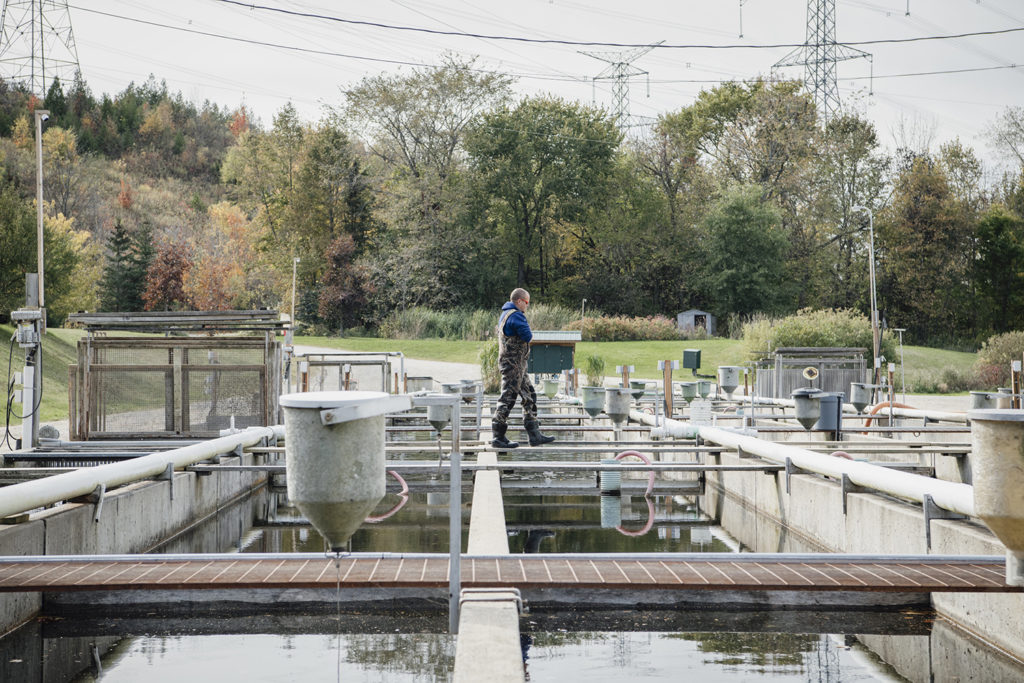