Over the last few years, we have seen a number of certification programs judging the performance of aquaculture facilities using different criteria and metrics in a situation that can be described by the Vietnamese expression “same same but different.” This common phrase is used in an effort to find common ground and similarities between things that, in fact, are different.

In seeking to address this overlap, some – like Lee Van Quang, chairman of Minh Phu Seafood, a major aquaculture producer in Vietnam – argue for one common certification for the whole industry in order to prevent the significant “waste of time and money” companies like his spend on meeting different standards. Others see a future where separate standard owners continue to offer different certifications for distinct markets and needs.

Essentially, certification programs mark milestones on the journey toward more sustainable practices. As such, there is a role for a clearly defined starting point of “minimum acceptable standards.” However, to ensure a responsible future for the sector, it is equally urgent to create robust incentive structures to enable producers to “move up the ladder” and differentiate themselves regarding what constitutes best practices and highest quality.

Addressing the needs of all sectors is crucial to prevent the aquaculture industry from becoming stale and complacent, and to instead encourage innovative approaches and continuous improvement. The goals for all should be to improve or eliminate the worst practices, grow public acceptance for good industry practices and provide incentives for producers to become better and differentiate themselves through integrated, vertical and/or horizontal differentiation.

Many aquaculture certification programs focus on environmental and social issues at the farm level. However, a number of issues go beyond the farm and require a more holistic approach. For example, the recent issues of forced labor on Thai fishing vessels used to collect industrial fish and antibiotic residues in processed shrimp fall beyond the scope of most farm-level certification programs.

The Best Aquaculture Practices (BAP) program, as an example, includes components for hatcheries, farms, feed mills and processing plants. Such integrated differentiation is a way to show holistic improvement of the supply chain beyond the farm.

In their 2015 paper titled “Vertically Differentiating Environmental Standards: The Case of the Marine Stewardship Council,” Simon Bush and Peter Oosterveer refer to vertical differentiation as how a single certification program may create a tiered structure, and thus have differentiated levels within the same program. Leadership in Energy and Environmental Design certification for buildings, with its platinum, gold and silver levels, is a pertinent example.

Horizontal differentiation refers to how independent certification programs differ among each other. The goal of horizontal differentiation is to have different programs address different points of the impact curve to create a framework for continual improvement. However, within a given component of the production chain, it is important to establish a starting point or baseline, as well as markers to help us determine the level of progress on our journey.

Because of the wide range of stakeholder input on farm standards, the authors would argue that the Technical Guidelines for Aquaculture Certification from the Food and Agriculture Organization (FAO) of the United Nations, currently being operationalized by the Global Sustainable Seafood Initiative (GSSI), provide such a baseline.

How does differentiation work in practice? Let’s assume we build a three-tier certification system for aquaculture farms based on the common GSSI benchmark, to be delivered by one or many standard owners. This would utilize a common set of criteria with metrics set at different levels to ensure that if a producer secured the top-tier or “gold” certification, it would automatically also qualify for any market requiring a less-rigorous “silver” or “bronze” level of farm certification, without any additional paperwork, audits or costs.

This would assure that everyone is playing by the same rules, reduce confusion and cost, and provide a clear direction for improvement.

The lowest tier in such a horizontally differentiated farm standard would comprise the minimum acceptable level of practice. This approach is being developed by the GSSI, and would assure that certification programs meet basic requirements for impact assessment and organizational processes. This level of assurance may also be provided by the implementation of government regulations in line with FAO’s technical guidelines.

Since they provide independent verification of specific environmental, food safety, and social criteria above a baseline standard, let us propose the moderately rigorous BAP farm standards could be applied in silver-level certification.

The main benefit of this tier would be to offer a more substantial certification by providing independent, third-party assurance that participants adhere to the standards and criteria developed by multiple stakeholders with views that go beyond those of just the industry’s inner circle.

Differentiation is also required at the higher end of the scale. This would help to continuously improve practices, as well as meet the demands of progressive retailers and producers looking for elevated brand identity associated with the highest standards for certified seafood. A gold tier could help spur a “pull” to the top by applying more-stringent metrics for environmental, economic and ethical practices.

Since the Aquaculture Stewardship Council standards arose from the World Wildlife Fund Aquaculture Dialogues, which targeted the top 20 percent of producers, their environmental and social standards are generally considered more demanding than those of BAP, but they lack several food safety and other criteria included by BAP. Furthermore, the Sustainable Fisheries Partnership’s 2011 report “A Comparison of Tilapia Certification Schemes,” an early assessment of tilapia farm standards from BAP, GlobalGAP and the Aquaculture Dialogues, failed to demonstrate clear-cut differences.

To avoid the “same same but different” scenario and accurately differentiate standards programs as tiers of performance will require harmonization of criteria and metrics to create clearly defined levels of performance.

The gold tier could also be addressed by company-specific schemes that merge standards for high quality and responsible practices. These would be akin to the specialty coffee sector’s “Direct Trade” initiatives, or in wild fisheries, what Simon Bush and Peter Oosterveer called the MSC+ (Marine Stewardship Council certification plus) category, often relying on joint branding with well-respected non-governmental organizations.

The aquaculture industry needs to adjust to a mindset away from simply “doing less bad” to begin building a narrative and framework for “net positive” aquaculture. Integrated, vertical and horizontal differentiation are important modes to communicate the real benefits and impacts the sector has around the world to consumers. The major certification programs, in partnership with government regulators, have an opportunity to establish such a differentiated framework and to harmonize standards accordingly.

The authors believe integrated, vertically and horizontally tiered certification systems – based around common benchmarks for all standards – point the way forward. To fulfill its promise, such a system will require cooperation at best, and transparency at a minimum.

We urge the developers of each aquaculture certification program to consider how their program can align within a differentiated framework to ensure that producers, retailers and consumers clearly understand where different standards fit on the journey toward sustainability. 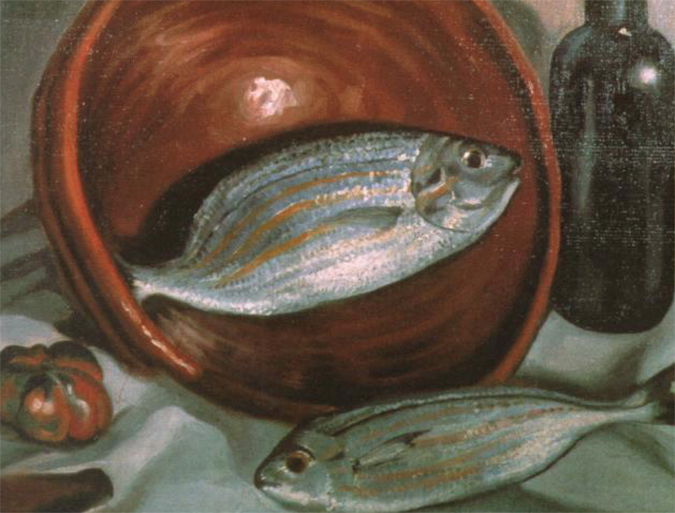 Michael Tlusty and Øistein Thorsen, authors of the recently published paper, “Claiming seafood is sustainable risks limiting improvements,” delve into the declarations made by companies and remind all that sustainability is a journey, not a destination.