According to the Aquaculture Association of Ceara and sources in the fish sector, tilapia production in Brazil was estimated to have reached 210,000 metric tons (MT) in 2013. With around 10 million ha of freshwater in dams, rivers, lakes and man-made reservoirs in Brazil, floating cages are the most common rearing method for tilapia. Many farms are increasing their efforts to optimize the rearing structures, looking to reduce production costs and consequently improve profitability.

Intensification also means higher output, which can only be achieved by rearing more fish. This leads to the confinement of high fish biomass, which brings a multitude of challenges, not only for the farmer, but also for the animals. Crowding increases the stress on fish by increasing competition for food and swimming space, and also leads to a deterioration of the rearing environment through lowering dissolved-oxygen levels and raising ammonia levels. This stress can lead to a decrease in livestock performance and reduce the resistance of the animals, leaving them vulnerable to opportunistic agents such as pathogenic bacteria.

It has been well documented that this vulnerability can be spurred by a lack of biosecurity in the cages as well as reduced feeding of fish under critical environmental conditions such as strong winds and the formation of waves in the water.

A biotechnological tool that is gaining interest to counter these challenges in aquaculture production is the use of probiotics. When ingested frequently, these live microorganisms modify the microbial balance within the host and improve the nutritional value of feed, ultimately strengthening the animal’s resistance to diseases and improving environmental quality.

Certain strains of Bacillus bacteria are capable of synthesizing proteases and other enzymes that, in turn, can improve the digestion of hosts by suppressing the growth of opportunistic microorganisms in the intestinal microflora and decreasing the animals’ stress levels. A study at the University of Queens-land in Australia documented the ability of these selected strains of Bacillus to directly inhibit a range of Streptococcus iniae strains, regardless of their diversity, i.e., cell wall or multilocus sequence typing.

A more recent study evaluated the benefits of using a well-balanced mixture of Bacillus strains (Sanolife PRO-F FMC) that had been checked for safety and selected for their ability to produce exoenzymes for digestion improvement, grow under a wide range of conditions and directly inhibit pathogenic bacteria in tilapia.

The study compared the performance of two groups of tilapia: one fed a diet containing probiotics and a control group fed the same diet without the probiotics. It was conducted under commercial production conditions between June and August of 2012 at the Jaburu Farm. Situated at the Castanhão water reservoir in Nova Jaguaribara-Ceara in northeastern Brazil, the 4-hectare farm produces 18,500 MT of tilapia yearly.

Graded Chitralada strain tilapia juveniles obtained from a local supplier were stocked in eight, 6-m³ cages with a mesh aperture of 16 mm. The initial average density was about 400 fish/m³ or 70 kg/m³. The cages were positioned in a straight line with the shore in an area with an average depth of 20 m.

The fish were given extruded tilapia feed containing a minimum of 32 percent crude protein. The probiotic feed was prepared by fat coating the pellets with the pro-biotic at a dosage of 200 g/MT feed, giving a final concentration of 2 x 107 colony-forming units/gram feed. The feed pellet sizes were adjusted from a diameter of 4 to 6 mm to a diameter of 6 to 8 mm, depending on the fish growth. The tilapia were fed four times daily from a feeding ring that guaranteed feed retention.

The performance of the fish in both groups was measured after 54 and 59 days of farming. The addition of the Bacillus product to the tilapia feed was shown to improve weight gain and survival rate, resulting in a higher harvested biomass (Figs. 1 and 2). The daily growth was calculated at 3.23 grams for the fish that received the treated feed, compared to 2.38 grams for the control fish. Tilapia in the control group had survival of about 84 percent, while nearly 92 percent of those that received feed treated with the probiotics survived.

Farm field records identified the suspension of feeding during periods of strong winds and waves, which prevented feed from being kept in the feeding ring. It is likely the fish growth in both treatments was affected by this suspension of feeding. The amount of feed given represented 59.46 percent of the programmed feed for the control and 62.70 percent for the probiotic feed.

It is also likely the high temperatures and irregular feeding increased the stress of the animals, which led to higher energy requirements and feed-conversion ratios (FCRs) higher than the commonly reported values of 1.4 to 1.8. However, the addition of the Bacillus probiotics to the feed led to a 29 percent reduction in the FCR, from 2.42 in the control to 1.71 in the probiotic treatment (Fig. 3).

These results confirmed the benefits of applying selected Bacillus strains on commercial feed given to caged tilapia. A more optimal use of the nutritional features of the feed and the improved health of the fish that received probiotics might explain the better FCR. Better feed conversion lowers feed costs and also represents an environmental advantage, as it results in a lower input of nutrients into the environment.

Editor’s Note: This article was adapted from an article originally published in the September/October 2013 issue of Panorama da Aquicultura magazine. 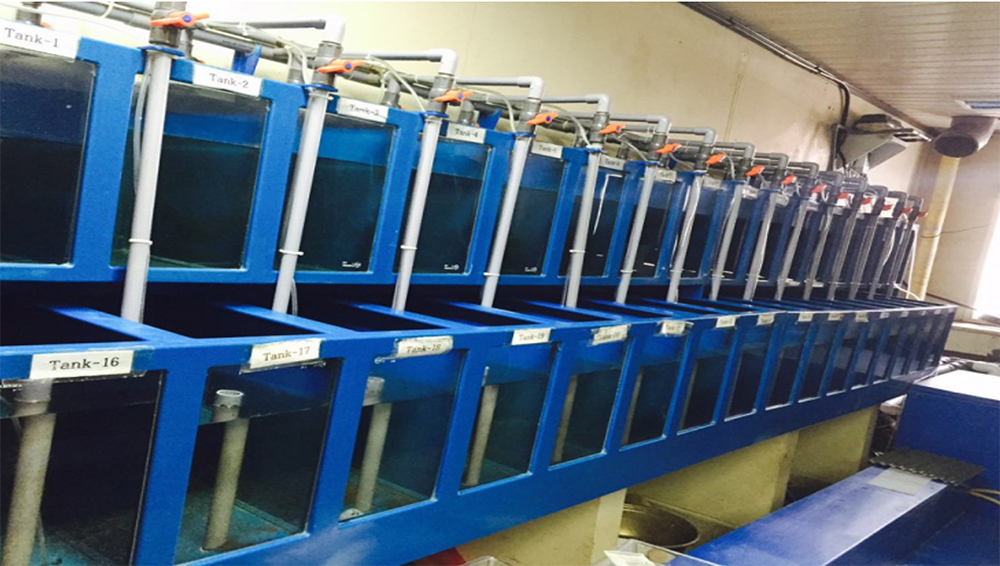 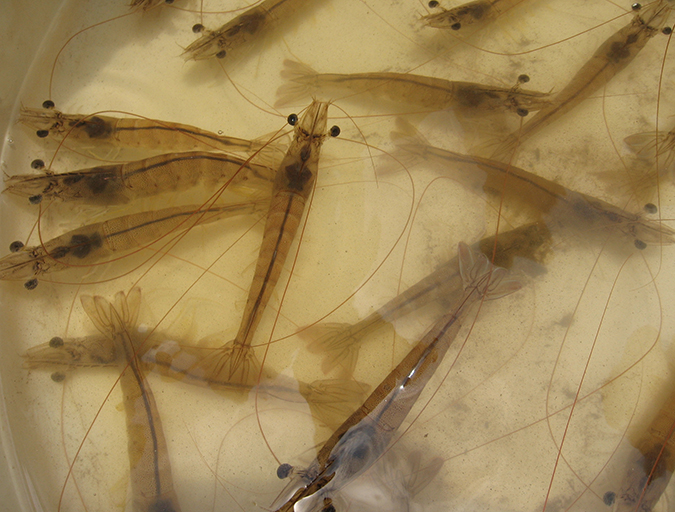