The recently released biennial report from the Food and Agriculture Organization of the United Nations (FAO) emphasized the growing importance of aquaculture as new records for global seafood production and consumption were set in 2016.

The State of World Fisheries and Aquaculture (SOFIA) report, released last week, stated that while marine fishery resources are in a continued state of decline, suffering from overfishing, aquaculture continues to grow. A few of the highlights from the report:

While aquaculture continues to grow faster than other major food production sectors, its growth appears to be slowing. Since 2000, the global industry’s annual growth rate, in terms of production by volume (excluding plants) has dropped from 9 to 10 percent witnessed in the 1980s and 1990s to a more moderate 5.8 percent from 2001 to 2016. Double-digit growth is still being reported in certain countries in Africa.

Fisheries on the downswing

The positive trends for aquaculture stand in contrast with those for fisheries, however. The wild-capture sector accounted for 90.9 million MT, a slight decrease from the previous two years. FAO noted that two-thirds (66.9 percent) of global fish stocks are exploited within biologically sustainable levels, down from 90 percent in 1974. The sector also continues to struggle with illegal, unreported and unregulated (IUU) fishing.

“It is not enough for states to detect IUU fishing; they must strengthen fisheries laws and regulations and be able to take effective action against perpetrators to deter non-compliance,” the report stated.

FAO estimated that women accounted for nearly 14 percent of all people engaged in aquaculture and fisheries.

Combined with wild-capture fisheries, overall fish production in 2016 reached a record-high 171 million MT, of which 88 percent was utilized for direct human consumption. Apparent per-capita consumption hit 20.3 kg, also a record high, a figure that is increasing by about 1.5 percent each year.

Better utilization, reduced wastage, improved distribution, population growth, rising incomes and urbanization are all factors in the increase of seafood consumption globally, according to FAO.

More people around the world have access to fish. Leading developed nations – Europe, Japan and the United States – together accounted for 47 percent of the world’s total food fish consumption in 1961, but only 20 percent in 2015.

Fish and fish products are some of the world’s most-traded food items in the world, and according to FAO, 35 percent of global fish production in 2016 entered international trade for either human consumption or non-edible purposes. The 59 million MT (live weight equivalent) exported in 2016 is up 242 percent over 1976.

China is by far the world’s largest fish harvester, aquaculture producer and seafood exporter, according to FAO, and has produced more farmed food fish than the rest of the world, combined, every year since 1991.

Aquaculture represented 73.7 percent of China’s total seafood production in 2016, and FAO said the nation’s ability to feed its large population with domestically produced fish from aquaculture contributes to world food security and nutrition as a whole.

The demands of aquaculture in China only stand to grow. China’s wild-capture fisheries production is expected to decrease in coming years due to the nation’s progressive catch-reduction policy. Marine catches in China could fall by 5 million MT by 2020.

FAO cited aquaculture’s ability to exercise “much greater control” over production processes than capture fisheries, making the sector more conducive to vertical and horizontal integration in production and supply chains.

“Thus the aquaculture sector has potential for more efficient supply chains in conveying fish from the producer to the consumer and is generally able to address consumer concerns related to sustainability and product origin more easily than capture fishery producers,” the report stated. 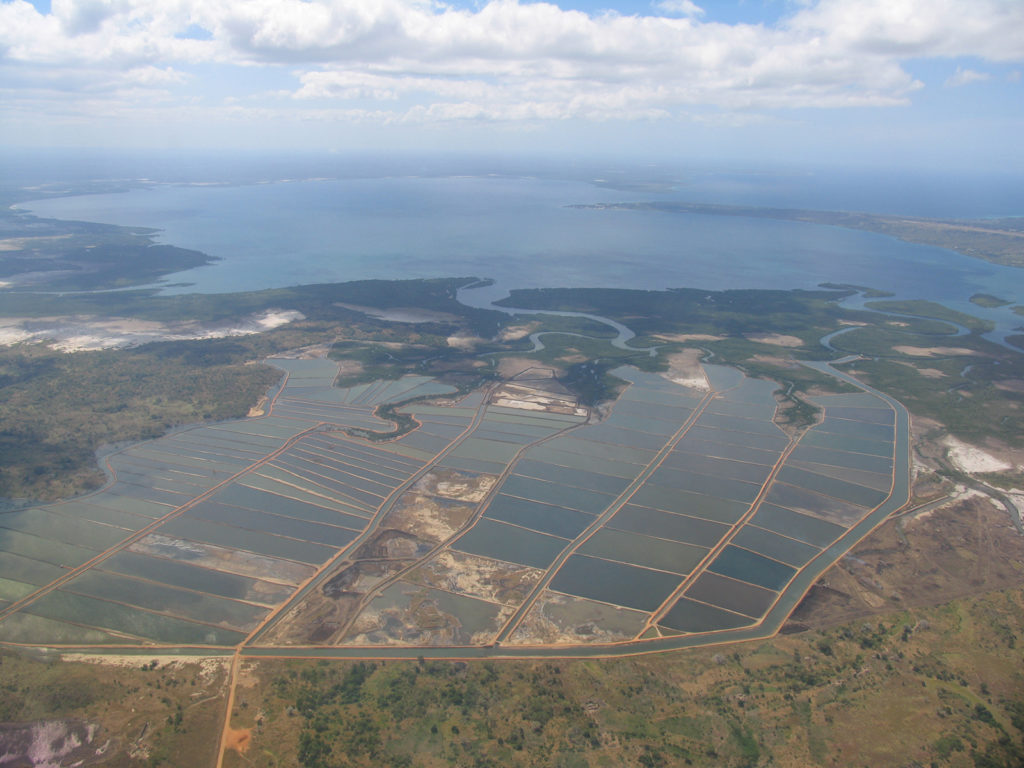 This article by Dr. Claude Boyd reports on global estimates for shrimp pond area in several countries. Because land use is an important indicator of the environment impact of an activity, better data on the shrimp pond area and the areas devoted to other types of aquaculture are needed.