Aquaculture America 2018 was held at Paris-Las Vegas from Feb. 19 to 22.The oceans – and seafood in particular – saved humanity once, Dr. Jerry Schubel said. They may have to do it again.

That was the message that Schubel, president and CEO of the Aquarium of the Pacific, had for attendees of Aquaculture America 2018, the annual World Aquaculture Society event held last week at Paris Las Vegas.

And he wasn’t talking about fishing.

“It’s very clear that if we’re going to increase food production – and we must produce 70 percent more food by 2050 – present agricultural practices are not scalable to meet this demand, said Schubel. “There’s not enough fresh water or land, and the environmental burden is too large.”

First, we have to have a story, one for the general public, one that’s devoid of jargon.

Schubel described how early humans’ narrow survival, following a catastrophic volcanic eruption some 70,000 years ago, was entirely dependent on the shellfish they could gather from the seas. The oceans’ importance is as acute today, he said, but wild-capture fisheries are fully exploited, according to the latest Food and Agriculture Organization of the United Nations, so the oceans must be farmed.

But first, aquaculture’s complicated story must be told better and more clearly than ever before.

“First, we have to have a story, one for the general public, one that’s devoid of jargon,” Schubel said to a largely scientific and academic audience that had gathered for the annual conference and trade show. That story, he continued, “must tell of the advantages of marine aquaculture and address public concerns.”

For it to take hold in the United States, Schubel challenged the nearly 2,000 attendees of the event to take a role in shaping the public narrative, which currently tends to focus on negatives.

“We deal in a world of perceptions. If we are going to tell our story in a convincing way, we’ve got to deal with perceptions openly and honestly. We’ve made mistakes in aquaculture. But that’s the story of the past, not the present, and certainly not the future,” Schubel added.

You learn from the tough stuff – the mistakes – not the successes of others.

Schubel was followed by guest speaker Dave Lieber, a longtime newspaper columnist, who implored attendees to speak in stories, not bullet points of facts.

“If you’re not speaking in stories, you’re not speaking,” said Lieber, who wrote for the Forth Worth Star-Telegram for many years and currently writes The Watchdog column for the Dallas Morning News. “Your industry is not top of mind. I had never heard of the world aquaculture before” being invited to speak at Aquaculture America, he said.

Engaging the crowd with a sense of humor, Lieber provided simple tips and a tried-and-true pattern for storytelling that he uses as a writer about how to keep readers’ or listeners’ “neural endings on fire.” Like with any hero-conquers-villain tale, Lieber encouraged all aquaculture businesses to embrace their hero traits.

“Things happen in your world that are exciting, every day. We live in an instant story world,” said Lieber. “The low point [of your story] is where everything has gone to hell. That’s where we want to dwell, that’s where we learn. You learn from the tough stuff – the mistakes – not the successes of others.”

A primer for an animal welfare campaign

Craig Watson, director of the Tropical Aquaculture Laboratory at the University of Florida, chaired a session on aquaculture welfare, and addressed how businesses can prepare for animal welfare campaigns that they might encounter.

“The issues of conscience, sentience and pain are almost secondary to welfare,” he said. Welfare should be based on solid, functional and measurable criteria, he added, saying that the use of animals, including fish, is a part of human existence.

“We must respect each other’s beliefs and differences. Welfare is determined by the situation the fish is in,” he said. “Applying welfare based on situations and ethics associated with research, companion, exhibit or sacred animals is inconsistent with aquaculture.”

Functional aspects of welfare (nutrition, husbandry, disease management, water quality) should take precedence over “emotional welfare,” which Watson said is hard to prove or disprove. He offered resources for any companies concerned about being contacted by animal welfare activists, such as Mercy for Animals. The Global Aquaculture Alliance recently received a $435,000, two-year grant from Open Philanthropy to develop best practices welfare for salmonids, tilapia and channel catfish.

Sims, co-founder of Kampachi Farms, LLC in Kona, Hawaii, said that since the U.S. government finalized rules for a fisheries management plan in the Gulf of Mexico in 2016, ostensibly clearing the way for offshore aquaculture in waters more than 3 nautical miles offshore, there have been no permit applications, to his knowledge. “Something, clearly, is wrong,” he said.

He may soon lay claim to the first commercial fish farm permit in federal waters, as Sims also discussed the company’s demonstration permit application in the Gulf of Mexico, which he said was in progress. Kampachi Farms will continue its Velella Mariculture Research tests, which originally utilized unanchored submersible fish cages off the coast of Hawaii’s Big Island.

If we don’t apply what we’ve learned, we’re not contributing to the next generation of people who are going to take over this planet.

The next generation, Sims said, will be a single-mooring net pen titled Velella Epsilon. The company also plans to also have fish in the water in offshore cages off the shore of La Paz, in Mexico’s Sea of Cortez, later this year.

There is also progress to report, as well as a new name, for one of the most talked-about offshore aquaculture projects for U.S. waters. Rose Canyon Fisheries, a 1-kilometer-sized fish farm proposed for 4 miles off the coast of San Diego, Calif., will be known as Pacific Ocean Aqua Farms if and when the ambitious project reaches completion.

Don Kent, president and CEO of Hubbs SeaWorld Research Institute, said that the offshore technology used in the Rose Canyon project, first announced in 2014, could produce 500,000 tons of seafood in a surface area of less than 1.2 square miles.

“We’ve done a lot of related research on nutrition, engineering, disease, fish health. We’ve collaborated with a lot of individuals in this room,” he said. “To me the most frustrating thing is, how do we jump from what we’ve learned how to do to actually turn it into an industry that feeds people? That creates jobs, supports the economy and most importantly, takes pressure off wild stocks of fish so that we’re not trying to get the last fish out of the ocean? We can do that with aquaculture if we apply it, not if we just keep talking about it.”

Kent called for continued cooperation and technology transfers among countries around the world to advance the industry.

“By not utilizing aquaculture and by demanding more beef and chicken, we’d be creating a greater environmental challenge,” he said. “If we don’t apply what we’ve learned, we’re not contributing to the next generation of people who are going to take over this planet.”

After Halley Froehlich, Ph.D., discussed her research using social science data into how “spatiotemporal patterns of sentiment” regarding aquaculture change over time, a “town hall” style discussion broke out during a session on public perceptions of aquaculture and how to improve it.

Jacqueline Claudia, co-founder and CEO of LoveTheWild in Boulder, Colo., said she keeps her company’s messages about aquaculture centered on food and urged others to do so as well. “You are growing food. Food is delicious. Frankly, it has to be,” said Claudia, whose range of “frozen farmed fish in a box” is now in more than 3,000 retail outlets across the United States, just three years after launch.

The tide is turning. This is a long game and we’re starting to win.

While she’s not afraid to get into technical aspects, she said her ongoing consumer research into purchasing drivers consistently reveals that the question regarding whether the fish is farmed or not keeps dropping down the list of top concerns. Taste and quality are always at the top.

Claudia compelled other aquaculture businesses to promote their businesses and the jobs they provide by making shareable assets (photos, short messages, videos) for social media, making “brand” friends online, and by never giving up.

“The tide is turning. We should all feel really good about the direction that things are going in. This is a long game and we’re starting to win,” she said. “Chin up guys, we’ve got this!” 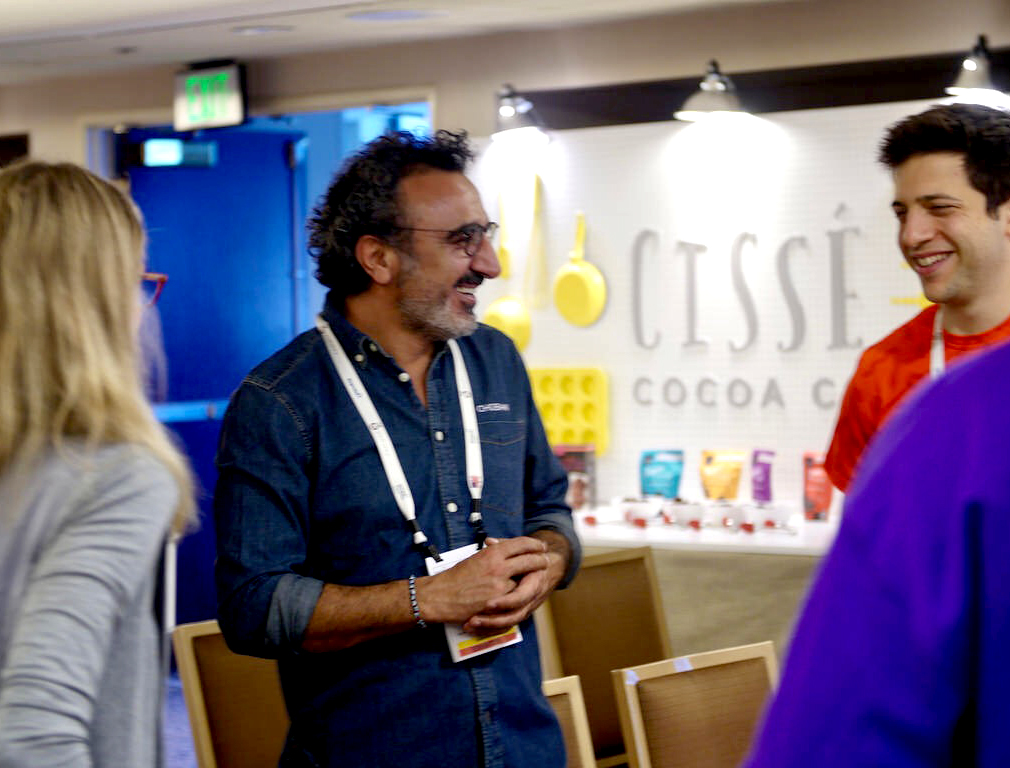 What do yogurt and frozen seafood have in common? Quite a bit

The Chobani Food Incubator is mentoring seven food companies that it sees as market disruptors. One of them, frozen seafood meal manufacturer LoveTheWild – whose CEO will speak at this week’s GOAL conference – has gone all-in for aquaculture.