In both aquaculture and agriculture, producers commonly rely on formulated feeds to ensure optimal growth, health and quality of the farmed animals. Fishmeal and fish oil from wild fisheries have traditionally been major constituents of aquafeeds, but their supply is finite. Therefore, raw ingredients other than fishmeal are being selected for their nutritive value, balance of amino acids, protein digestibility, quality of lipids and fatty acids, availability and cost.

Algae biomass is being considered as one of the alternative ingredients of the future. The composition of micro- and macroalgae vary considerably among species, but also depend upon culture conditions. The average protein level in macroalgae is around 8 to 15 percent dry matter, while the average lipid content is only 1 to 3 percent. This compares to a protein content of 30 to 50 percent dry matter for microalgae, which have lipid contents as high as 40 percent.

Freshwater algae such as Chlorella and Spirulina seem to have good potential as protein sources, whereas marine microalgae are the fundamental source of the long-chain polyunsaturated fatty acids that are crucial for human health, as well as that of aquaculture animals.

In a study, the authors examined the efficacy and nutritional properties of Chlorella vulgaris as an alternative feed ingredient and protein source for the culture of all-male Nile tilapia, Oreochromis niloticus.

Genetically male tilapia sourced as fry and raised at the Centre for Sustainable Aquaculture Research at Swansea University in the United Kingdom were used for all the trials. The trials were set up indoors as part of a freshwater recirculation system, which included mechanical and biofiltration units, a protein skimmer and a sand filter. Water temperature was kept at 27 degrees-C, and photoperiod was set at 12 hours of light daily. Temperature and dissolved-oxygen levels were measured daily, while total ammonia nitrogen, nitrite, nitrate and pH were measured weekly.

Feeds were prepared by mixing the dry ingredients with binder and water, and extruding the feed through a meat grinder, followed by thorough drying. The resulting pellets had a diameter of 2.5 mm and were stable up to 24 hours in water.

Digestibility studies of the algae biomass were performed by adding an indigestible marker (chromic oxide) to the feed and collecting the fecal matter by siphoning. By assessing the ratio of marker to energy or nutrient in the feed compared to their ratio in fecal matter, the digestibility of the feed could be established.

Fishmeal was used as the reference ingredient with the test diet mixed at 50 percent fishmeal and 50 percent Chlorella. Fifteen tilapia weighing on average 250 grams each were stocked per tank. Fecal matter from each tank was pooled over the trial period until sufficient fecal matter had been collected for analyses. The digestibility of the ingredients, calculated using well-established equations, is presented in Table 1.


Table 1. Apparent digestibility coefficients of Chlorella and fishmeal in tilapia.

Fifteen tilapia of 35 g initial size were stocked in 150-L tanks. Feeds were formulated to contain 40 percent protein and 9 percent lipid, and to gradually include Chlorella at the expense of fishmeal (Table 2). Fish were fed manually to apparent satiation up to four times daily. Any uneaten pellets were collected at the end of the day.


Table 2. Formulation (g/kg as fed) and composition of experimental feeds.


Feed intake was quantified and evaluated in relation to growth response. Fish were sampled initially and at the end of the 31-day growth trial for further chemical analyses. Through comparative body composition of fish carcass, the relationships between dietary protein and energy intake, and protein and energy deposition were assessed, which allowed estimation of the utilization efficiency of Chlorella.

Results indicated that feed efficiency and growth performance were best for the fishmeal control and gradually deteriorated with increasing inclusion levels of Chlorella (Table 3 and Fig. 1). The feeds containing Chlorella were well accepted by tilapia, and feed intake was initially increased to make up for the low contents of digestible protein and energy (Table 3). However, the tilapia were apparently reaching the limit of how much feed they could consume.

Table 3. Performance parameters of tilapia after 31 days of growth at 27 degrees C.

The daily feed intake and daily weight gain of fish fed the experimental diets are illustrated in Fig. 1. Despite the higher feed intake for the feeds with algae, daily weight gain decreased with increasing dietary inclusion of Chlorella. The result was rising feed conversion, meaning more feed was needed to produce one unit of weight gain.

Chlorella vulgaris shows some potential as an alternative feed ingredient in aquaculture. Although the algal feeds were not utilized as efficiently as the fishmeal feed, Chlorella was well accepted. Overall, tilapia were able to achieve satisfactory growth on the feed with algae, and feed-conversion efficiency was comparable to that for a soybean-based feed.

A possible means of increasing the nutritional value of algal biomass would be to break down the cell wall fragments by mechanical treatment or even removal of most of the fiber, although such additional processing steps may be too expensive. At present, the costs of fishmeal and fish oil are steadily increasing. However, all categories of algal products are currently much higher in cost than the commodity feedstuffs used in aquafeeds. 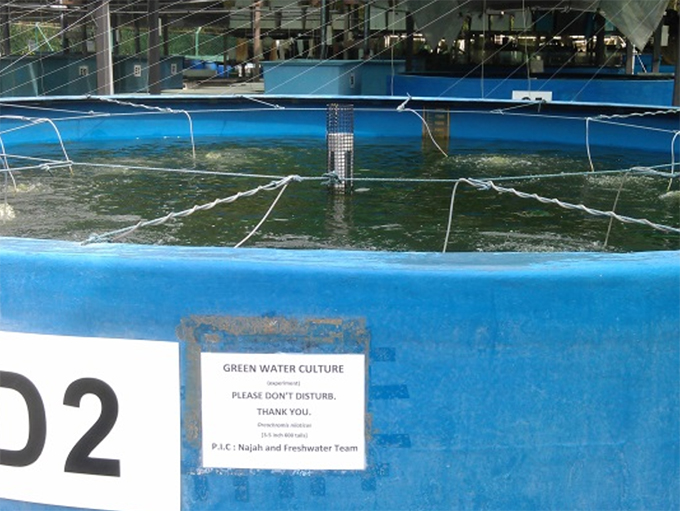 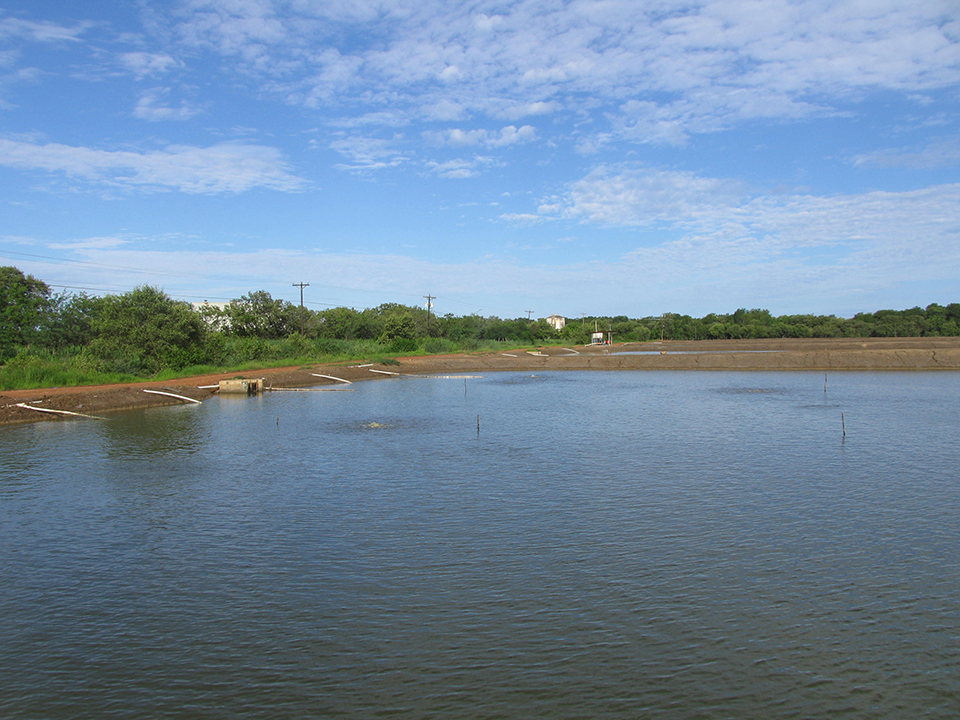