An aquaculture pond contains many types of bacteria and an almost unbelievable total number of them. Although bacteria are tiny (microscopic) organisms typically ranging from 0.2 to 10 microns in length, their immense number results in there being a rather large weight of bacterial biomass in a pond. A 1-hectare (ha) aquaculture pond probably contains 1 metric ton (MT), dry matter weight, or more of bacteria.

Pond managers are aware that there are many planktonic algae in ponds, because they can see the larger ones or the color imparted to the water by an abundance of smaller ones. Bacteria are, essentially, out of sight and their numbers cannot be assessed by aid of a microscope as farm biologists often do for phytoplankton. Thus, the role of bacteria in the biological dynamics of ponds is often misunderstood and overlooked.

Most bacteria are spherical or rod-shaped cells and some types are filamentous. They occur free-living in the water column, but they are more abundant on surfaces of suspended organic matter. They usually are present at their greatest abundance on organic matter at the pond bottom and in the underlying soil. Bacteria can be enumerated by plate counts and other microbiological methods, but the typical way of assessing the abundance of different types of bacteria is through measurements of the rates that they use nutrients for growth, consume oxygen in respiration, and release carbon dioxide and other metabolic wastes.

Most bacteria obtain energy by digesting organic matter and they require molecular oxygen (O2) for respiration, by which energy for cellular use is released by oxidation. These are known as obligate aerobic bacteria because they cannot live without oxygen. Other bacteria, known as obligate anaerobic bacteria, cannot live the presence of oxygen. Some types of bacteria function under either aerobic or anaerobic conditions; these are called facultative bacteria.

The pond water column, water in and around freshly deposited sediment, and water in pores of bottom soil immediately below the soil-water interface of thermally un-stratified ponds usually are aerobic (containing dissolved oxygen). Bacteria in aerobic zones decompose organic matter by oxidizing it to carbon dioxide, water, ammonia, phosphate and other inorganic compounds. This process is important because it prevents accumulation of large amounts of organic matter (mostly dead phytoplankton) in pond bottoms and recycles nutrients bound in organic matter.

The rate of organic matter decomposition by aerobic bacteria in bottom soil consumes dissolved oxygen in the soil pore water faster than it can be replenished by downward diffusion of dissolved oxygen from the water column and infiltration of oxygenated water into the bottom. Pond soil usually becomes anaerobic (depleted of oxygen) at a depth of a few millimeters below its surface. Decomposition does not stop in the absence of oxygen, but it is carried out by anaerobic bacteria that function without oxygen.

Microbial decomposition of organic matter does not stop at fermentation. This is important; because, if this did not occur, organic byproducts of fermentation would accumulate in tremendous quantities. This would result because pH would become so low in sediment as to retard fermentation. In absence of molecular oxygen, some other kinds of bacteria use oxygen from inorganic compounds such as nitrate, iron and manganese oxides and hydroxides, sulfate and carbon dioxide as electron acceptors rather than molecular oxygen. These organisms are called chemotrophic bacteria, and they oxidize organic matter including the organic compounds resulting from fermentation to carbon dioxide and mineral nutrients.

The dark color beneath the surface of pond bottom soil is evidence of ferrous iron produced by iron-reducing bacteria. Sulfide produced by sulfate-reducing bacteria can be detected by the rotten-egg odor of hydrogen sulfide. Nitrogen gas produced in denitrification and methane resulting of CO2reduction diffuse into the water and then into the air.

Carbon dioxide, nitrite, ammonia, ferrous iron, manganous manganese and sulfide produced by chemotrophic bacteria also diffuse from the bottom soil into the water column. Reduced iron and manganese, nitrite and sulfide may be oxidized in the water column by reaction with dissolved oxygen in purely abiotic (chemical) processes. Certain bacteria also can accelerate the rates of oxidation of these substances. These bacteria – called chemoautotrophic bacteria – use energy released by oxidizing reduced inorganic compounds such as ammonia, nitrite, ferrous iron, manganous manganese and sulfide to obtain energy that they use in reducing dioxide to simple sugar. In other words, chemoautotrophic bacteria can make organic matter by non-photosynthetic pathways. However, the amount of organic matter synthesized by these organisms is insignificant to the amount produced by phytoplankton and other aquatic plants in ponds.

The most important chemoautotrophic process in ponds is nitrification. In this process, bacteria of the genus Nitrosomonas oxidize ammonia to nitrite and bacteria of the genus Nitrobacter oxidize nitrite to nitrate. This process lessens the accumulation of potentially toxic ammonia in pond water, but it removes dissolved oxygen from the water and releases acidity (hydrogen ions) that neutralize alkalinity and lowers pH. Nitrification is one reason why ponds of naturally low alkalinity must be periodically treated with agricultural limestone to maintain adequate alkalinity for aquaculture. Much of the nitrate produced in ponds by nitrification is converted to gaseous nitrogen by denitrification in anaerobic sediment.

Some bacteria and particularly cyanobacteria (often called blue-green algae) can reduce nitrogen gas in pond water to ammonia which is then used in protein synthesis. These microorganisms eventually die and decompose with ammonia being released into the water. Contrary to popular belief, the nitrogen fixation process is not of great importance in aquaculture ponds.

It also is important to realize that the decomposition of fresh organic matter produced during the crop from uneaten feed, feces and dead phytoplankton has a much greater demand for dissolved oxygen than does older organic matter in which the most readily decomposable fraction has already been oxidized. Thus, a new pond may suffer dissolved oxygen depletion at the bottom (and in the water column) if the oxygen demand of fresh organic matter exceeds the input of oxygen from natural sources and mechanical aeration.

Bacteria and other microorganisms of decay are essential for maintaining proper ecological function and adequate water quality in ponds. Water quality dynamics in aquaculture ponds can be characterized as dominated by the combined influence of planktonic algae and bacteria. Fortunately, both bacteria and planktonic algae are for practical purposes ubiquitous in nature. They will maintain ecological balance in properly managed aquaculture ponds without the need for supplementation from outside sources. 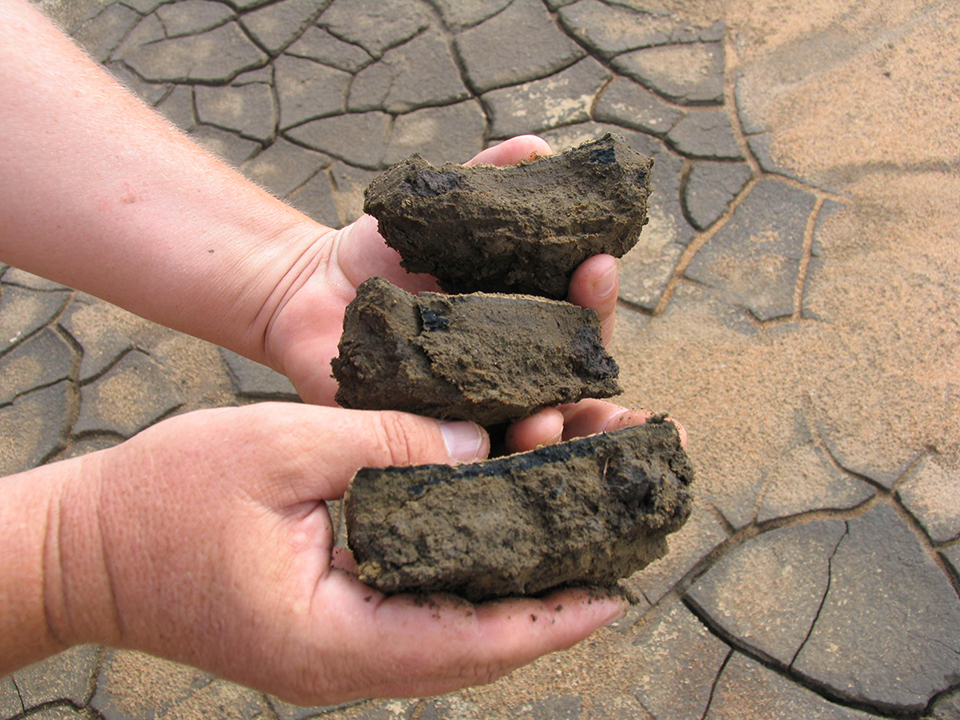