Scallops can filter and retain particles, but at lower clearance rates than co-fed microalgae

The production of Norwegian salmon is estimated to continue increasing and resulting in the use of 3.6 million tons of feed per year in 2030. A considerable amount of salmon feed is released to surrounding waters uneaten, as respiratory products or faeces, with total losses estimated to be 62 percent carbon, 57 percent nitrogen, and 76 percent phosphorus of the total feed input. This impacts the organic load and could alter the sediment chemistry and lead to changes in the benthic communities.

The great scallop (Pecten maximus) is a filter feeder [animals that feed by straining suspended food particles from water by moving it through or over a specialized filtering structure] and highly valued bivalve species that lives on the seabed at a depth of 10 to 30 meters. Researchers have shown that the organic material from feed and fecal waste from salmon aquaculture can contribute to the diet of scallops. Moreover, dead particulate organic material (detritus) originating from degraded macroalgae can be a potential food source when ambient phytoplankton concentrations are low, and P. maximus has shown its ability to degrade algal compounds, suggesting that scallops also can utilize particles from degraded seaweed tissue in integrated multitrophic aquaculture (IMTA) systems.

The integration of species that are able to filter out particulate nutrient wastes originating from fish farms in IMTA systems could help mitigate some negative environmental effects. In IMTA, the particulate nutrient wastes of feed and faeces can be consumed by organic extractive filter feeding organisms like mussels, while the dissolved inorganic nutrients can be taken up by inorganic extractive organisms, such as seaweeds. In addition to reducing environmental influence, IMTA can add value to production because more biomass can be produced on the same feed resource.

Doing so simulated IMTA scenarios during the spring bloom and the winter period, in the temperate coastal waters of Northern Europe. Secondary objectives were to evaluate the importance of the different components as food resources in “high” and “low” phytoplankton environments and to compare the use of fatty acid profiling and stable isotopes as tracers of particulate waste nutrients from salmon aquaculture.

Making algae can get expensive. Innovations aim to bring costs down.

The experiment followed a factorial design [a study involving the manipulation of two or more variables] where juvenile P. maximus (30 to 35 mm) were given diets consisting of algae (Rhodomonas baltica and Chaetoceros muelleri) in combination with either salmon feed or salmon faeces. The algae were fed in a high concentration (300 micrograms carbon, C, per liter, C/L) and in a low concentration (50 micrograms C/L) to mimic the winter and summer seasonal characteristics in Norwegian waters. The controls were given algae in high and low concentrations, resulting in six different treatments.

Salmon feed and salmon faeces were fed in relatively low concentrations separately (30 micrograms C/L) and were provided in addition to the two different concentrations of algae. Although the particulate effluents from farms have shown to be patchy and to come in pulses, we provided a constant low supply of waste particles in our experiment.

Clearance rate was measured to study filtration characteristics, while fatty acid profiling and stable isotopes of nitrogen and carbon were used to trace the uptake of salmon feed and faeces in the digestive gland and muscle of juvenile scallops (30 to 35 mm shell height) from dissected samples collected at the end of the feeding trial, at day 27.

For detailed information on the experimental design, animal husbandry and diets; growth measurements and clearance rates; and various laboratory and data analyses, consult the original publication.

The primary objective of the present experiment was to study the capability of scallops to incorporate salmon feed and faeces particles in an IMTA scenario of a spring bloom and a winter condition. These conditions are characterized by relatively high and low phytoplankton concentrations, respectively, in the temperate coastal waters of Northern Europe. The measurements of clearance rate in the present study showed that the scallops had the ability to clear out and retain salmon feed and faeces, although with lower rates than algae. The lower rates are likely a result of the small particle size; particle retention for other bivalves has been shown to be lower for particles <3 micrometers, while pectinids have shown a lower efficiency for particles <5 to 7 micrometers. The concentration of particles could also explain the hampered capability of the scallops to clear out salmon feed and faeces.

The use of stable isotopes of carbon and nitrogen to trace food sources was inconclusive in this study due to low differences between samples fed different feeds. Fatty acid profiling was a more sensitive method for tracing low concentrations of salmon feed and faeces in the algae diet of scallops.

Fatty acids of the digestive gland have been used to trace salmon feed and/or salmon faeces in blue mussels in several studies. Our results show that the content of oleic fatty acid was higher in the digestive gland of scallops fed salmon feed and salmon faeces compared to scallops fed only algae, both at high and low algal concentrations. This fatty acid is found in high fractions in the feed and faeces of salmon, but only in low levels in the microalgae used in the experiment. Other researchers have previously reported a higher share of oleic acid in blue mussels fed salmon feed and salmon faeces in laboratory studies and in field studies in the proximity of fish farms.

The lipid content of the digestive glands was approximately twice as high when fed a high algal concentration compared to the low concentration. This confirms that the scallops used the digestive gland for lipid storage when given a high concentration of food. At low algae concentrations, the energy was primarily used to maintain metabolism, as the scallops showed minimal growth in this short experimental period. Analysis of the nutritional profile of the scallop muscle could have given more information about the incorporation of proteins and carbohydrates from salmon feed and salmon faeces, and should be considered in future trials.

Quantification of stable isotopes has previously been used to determine the extent to which bivalves incorporate fish feed and faeces in field and laboratory experiments. This method, however, was not sensitive enough to determine whether the scallops had incorporated salmon feed or faeces in their muscle and digestive gland in our experiment. This inability may have originated in the relatively low concentrations of salmon feed and salmon faeces used in the diets. There was, however, a difference in the isotopic signatures of scallops fed a low algae concentration compared to a high algae concentration, in both muscle and digestive gland.

Researchers have reported the seasonal variation of stable isotopes in scallops where the muscle showed minor variations and the digestive gland varied from 5 to 7.5 ‰ δ15N [delta-N-15, a measure of the ratio of the two stable isotopes of nitrogen, 15N:14N]. We found the highest value of the digestive gland in February/March, when food was scarce, and the lowest value in April and May, when food was abundant. This agrees well with our findings for scallops fed high and low algae concentration. Scallops have been shown to use protein instead of lipids as their source of energy under cell division of gametes, and when food is scarce during winter.

Results of our study show that the great scallop (P. maximus) can filter out and incorporate salmon feed and salmon faeces particles, thus suggesting that this bivalve can be a suitable candidate for IMTA systems, as the species has the potential to utilize small particles of wasted salmon feed and faeces during a winter situation with low phytoplankton concentration and during an algal bloom in Norwegian waters. However, when the particle concentration of salmon feed and salmon faeces is high, the filtration efficiency is lower compared to algae.

Based on fatty acid profiling, we concluded that the scallops incorporated salmon feed and salmon faeces; however, the use of stable isotopes of carbon and nitrogen to trace food sources were inconclusive. The use of fatty acids was found to be a more sensitive method for tracing low concentrations of salmon waste feed components, provided that the natural seston [organisms and non-living matter swimming or floating in a water body] diets have low and known contents of oleic acid. 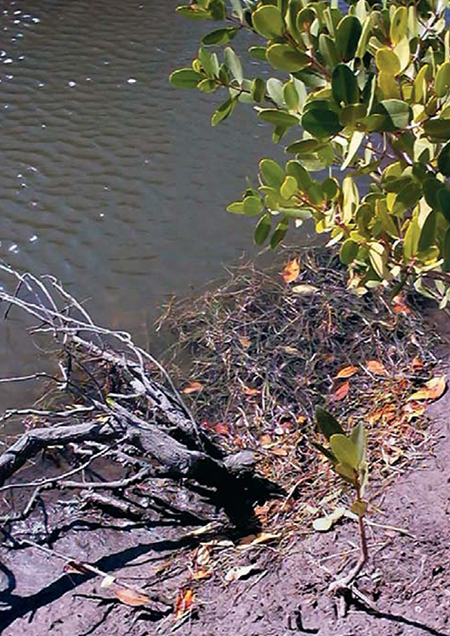 An alternative waste treatment is intense microbial processing of wastes to facilitate high yields with little or no water exchange. 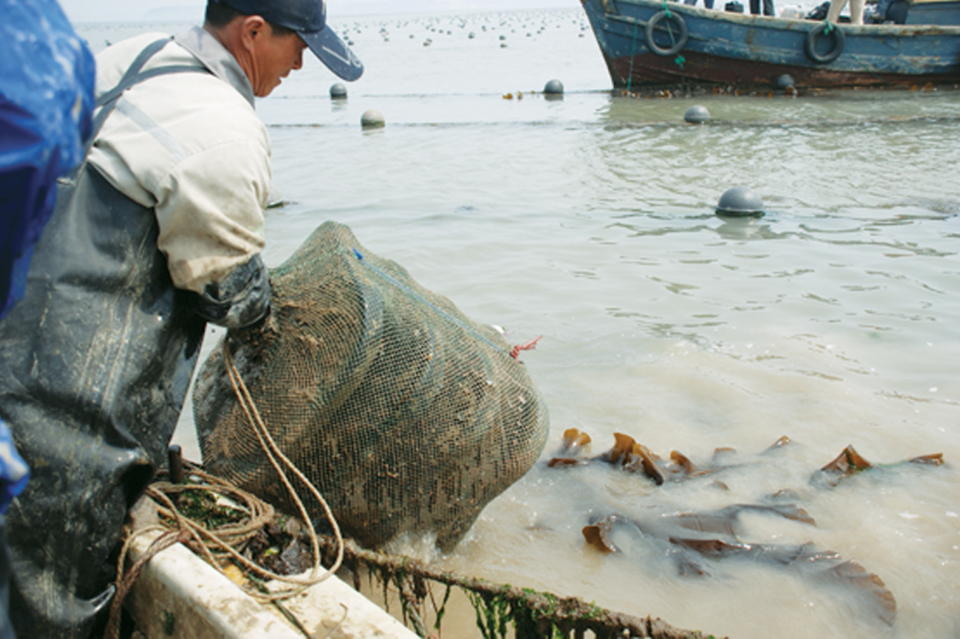