In the last 20 years many studies regarding anatomic, physiologic, behavioral, and pharmacological aspects have reported evidence that fish experience feelings such as pain and fear, in similar ways to other vertebrates, as summarized in Braithwaite (Braithwaite V. 2010. Do Fish Feel Pain? Oxford: Oxford University Press). As the evidence for fish sentience gains additional importance, concerns about animal welfare are also increasing, affecting the consumer market and aquaculture regulations. This is because, if fish are capable of suffering, then their welfare must be protected with the same rationale used for other vertebrate animals.

In fish farming, welfare is likely to be compromised by routine management, causing stress due to the introduction of foreign objects into the water, the removal of the animal from the aquatic environment for individual restraint or underwater crowding. For example, the physical manipulation required for fish classification and biometrics management causes physical and psychological stress. In addition, water quality and associated environmental factors are areas of great attention by fish stress researchers, with water dissolved oxygen and carbon, pH and temperature and light regimes as the most critical environmental factors for maintaining fish homeostasis [the state of steady internal, physical, and chemical conditions maintained by living systems].

Because of the number and diversity of welfare critical points, assessing the degree of farmed animal welfare requires the development of diagnostic techniques which are capable of considering an array of indicators. These can be classified as direct or animal-based indicators, when they are measured in the animals, or indirect or resource-based indicators, when they are measured in the environment in which the animal is inserted or relate to the management imposed on the animal.

Overall, the effectiveness of a welfare protocol depends on its validity, reliability, and feasibility. In other words, the protocol needs to be validated by expert judgment, repeatedly achieve the same results by the same or different observers after adequate training, and be consistent in terms of required time and across different farm conditions. Although there are some protocols for some fish species as salmon and trout, optimal values of indicators are species-specific and no tilapia welfare protocol assessment appears to be currently available in the literature.

The study included two main steps: the preparation of a tilapia welfare protocol, and its field feasibility test. For the protocol, initially a list of potential indicators was prepared from a literature review. Then, 12 tilapia farms in the South and the Southeast of Brazil were visited, to study the feasibility to measure each selected indicator, in terms of time and human resources required. Then the protocol was tested at three different farms, chosen from our contacts and using as criteria the nutritional and mortality data available. Field results were assessed for the potential of each indicator to contribute to the overall welfare assessment and to the discriminating power across different real-life conditions relevant to the target production system.

For detailed information on the preparation of the tilapia welfare protocol and its field feasibility testing; health, nutritional, behavioral and environmental indicators; and statistical analyses, refer to the original publication.

Standardized protocols to assess welfare are needed to improve animal welfare in fish farming. The main objective of our study was to develop a tilapia welfare assessment protocol and test its discrimination power to prioritize critical welfare points as well as to show differences among real life situations. The robustness of the protocol was possibly increased due to the observed variability across farms, as an extensive list of indicators was included, making the protocol more suitable for generalization to an array of realities. Even then, this is a preliminary protocol to which more indicators will likely be added in the future.

The quality of the data reported by local staff, mainly regarding stocking density and mortality rate, is a relevant factor to consider, as the lack of accurate information can preclude the calculation of the adequate animal sample size for individual evaluation and, consequently, a precise welfare assessment. For example, the mortality considered here refers to the total percentage recorded over the grow-out cycle, i.e., historical mortality. Rates of mortality vary considerably depending on the production stage and farm management adequacy, with 20 to 71 percent mortality reported for tilapia, and is an important tool for the identification of critical welfare points identification. However, in addition to the lack of this indicator usually observed on small farms, a low mortality rate does not guarantee the absence of disease or a high degree of welfare.

Results of health indicators showed important variability in gill, fin, and skin conditions. Gills are vital organs, and as they are exposed to the external environment, their changes are generally visible and can indicate various diseases such as parasitosis, bacteriosis, and viral infections. Gill aspect is also considered an important indicator of water quality, and its alterations may reflect signals of inadequate pH or intoxication by high levels of ammonia, nitrite, or chlorine. In addition, when subjected to prolonged air exposure, gill lamellae collapse and adjacent filaments adhere, reducing the gas exchange area and causing hypoxia. This gill collapse or division was a common alteration observed during health evaluations at two farms after handling of the fish, indicating excessive air exposure.

Fin alterations may be a signal of various diseases, inappropriate handling or cannibalism. We observed high prevalence of caudal fin splitting, operculum damage, and redness in the skin of the tilapia head, all characteristic lesions of capture using knotted nets. The preventive measures include the use of knotless netting or vacuum pumping for fish transference, and the use of demand feeding technology, avoiding cannibalism (19, 26, 44). Specific and more detailed investigations of types of lesion and on which fins they usually occur are recommended for tilapia welfare evaluation, being an important tool for farmed fish welfare improvement.

Eye alterations are indicative of several pathologies and this indicator exposed ocular disorders in fish. Significant differences were observed for eye condition scores between farms, possibly related to their sanitary conditions.

The external environment also influences fish welfare. For example, predation can be a cause of high mortality and stress in farmed fish. When exposed to predators, fish can show strong emergency adrenal responses and suppression of feeding behavior. Prevention measures for predator control include netting above or inside water, acoustic or visual devices. A possible solution is the use of a fine mash above ponds or cages. The shading promoted by cage-covers can minimize the ultraviolet light and fright stress caused by overhead movement, both of which tend to reduce the risk of chronic stress and avoid predatory birds.

Fish handling is generally associated with animal crowding, and air and light exposure. Crowding procedures are improved by efforts to reduce duration and severity, to avoid additional suffering, stress, injuries, and mortality. Despite being a potential stress factor, air exposure, which occurred during pre-slaughter management, was trivialized at all facilities visited. The fact that tilapia can survive out of water for some period does not mean that it is a stress-free experience. There are management alternatives that avoid the contact of fish with air and light, through mechanical pumping. However, there are operational difficulties with mechanical pumping, including assuring the removal of the whole population, including fish at the bottom of the tanks, and injuries caused by suction pressure. To mitigate stressors during tilapia capture and handling, procedures and equipment should be used that result in faster capture using less abrasive materials.

Fish farms in low-standard conditions are generally at greater risk of failing to respond to the basic welfare needs of their farmed fish. This may be worse for species like tilapia, generally perceived as being, as they are, very sturdy. Some critical welfare points were common across all tilapia farms in our study, and included low levels of dissolved oxygen, long air exposure of the fish during handling, crowding, and other aspects.

The lack of statistical significance between farms when comparing total scores in our data is probably associated with the need for improvement in the integration of individual scores into a final overall welfare category to each farm. This is a recurrent difficulty in animal welfare assessment. We believe our study generated a robust protocol containing major critical welfare points in different scenarios for tilapia farms, but also that further research is needed for the integration of individual scores to produce an overall welfare assessment.

Identification of critical tilapia welfare issues is essential for farmers to adopt preventive management actions. For example, some conditions such as gill and fin problems are affected not just by handling, but also by the confinement conditions and deserve more attention, with the regular use of a tilapia welfare assessment protocol becoming an important management tool.

The practical application of this first protocol, even though it is not exhaustive, should allow tilapia the producer to better understand its animals, as is the case with terrestrial vertebrates. This may be an initial step for a tilapia welfare strategy, where the prioritization of critical points, implementation of corrective actions and monitoring of the results is part of a permanent welfare management program. And because this protocol lends itself to adaptation into a mobile application, it may further facilitate its on-farm use and promote its adoption.

Our results suggest that our tilapia welfare assessment is effective in different farming settings and has shown relative discriminating power, high on-field feasibility and a clear role in determining critical points in tilapia welfare, which may guide management decisions. Considering the challenges presented for further improvements to the protocol, we believe that the format presented – which is compatible with and close to that of other species welfare assessment protocols with longer history of use and refinements – may help the identification of best future approaches.

Finally, refinements to the protocol are welcome in relation to the integration of the indicators into a single final score for each property, in addition to the continuous refinement of the existent indicators and the inclusion of new tilapia welfare indicators as they become available. 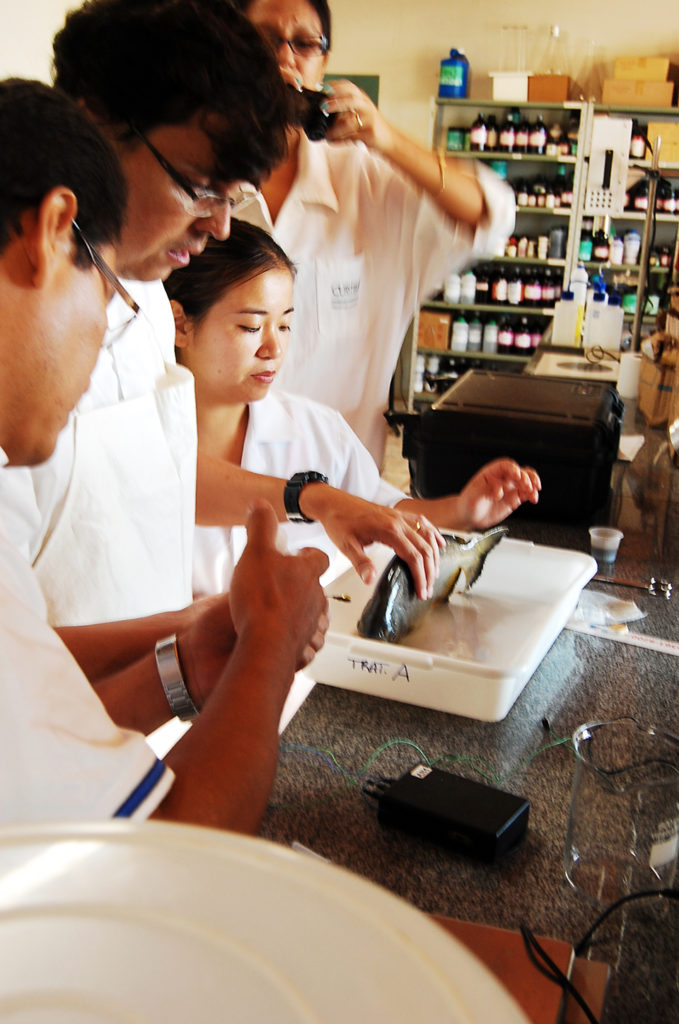 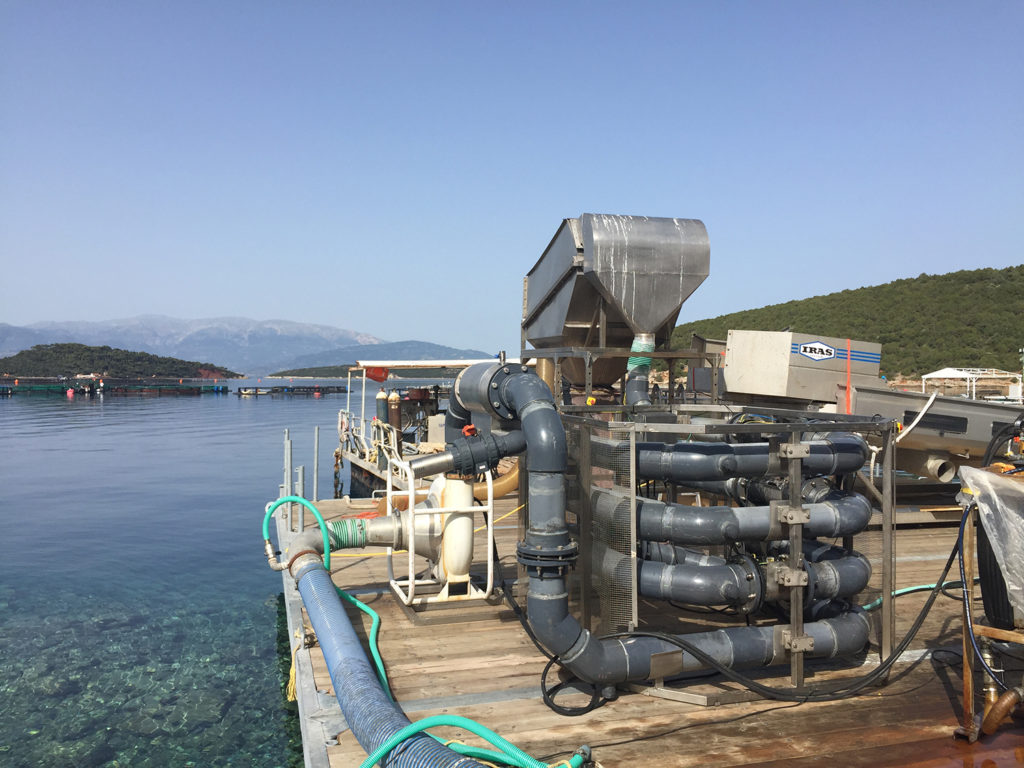