Although aquaculture is a relatively new activity in Nepal, fisheries have long been a tradition for the country’s people. Over the past three decades there has been a significant increase in the production of fish, and the annual per capita fish consumption has increased significantly from 0.33 kg in 1982 to the current level of 2.93 kg. The Nepal Agriculture Perspective Plan has categorized fisheries and aquaculture in Nepal as a small but important and promising sub-sector of agriculture that contributes about 4.25 percent of the annual gross domestic product.

There is a perceived need to further develop aquaculture from the current, semi-intensive approach to a more commercial, intensive and diversified industry that’s more supportive of fish farmers through training and low-cost technologies. Currently, farmed fish production is inadequate at the pond level, mainly due to poor pond management practices, improper feeding, and the use of low-quality fry and fingerlings.

Other issues that affect fish farming activities in Nepal include the lack of proper feed pellet sizes suitable for different fish sizes and ages as well as the use of nutritionally deficient feed supplements and traditional, farm-made feed balls. And because of the traditional feeding practices used, not based on fish demand, aquafeed losses can be as high as 50 to 60 percent. Clearly, there is a need for better, on-demand feed management.

In Nepal, research on the use of low-cost, bucket-type demand feeders was recently started and is supported and promoted through a public-private partnership between the Shreenagar Agro Group, Winrock International, Tribhuvan University through its Institute of Agriculture & Animal Science, the Shree Kishan Innovation Hub and Smart Krishi.

This article reports the results of two recent tests using low-cost demand feeders carried out at the Institute of Agriculture & Animal Science research station of Tribhuvan University in Bhairahawa, Nepal, and at several fish farms in Chapia, Nepal. The research objectives were to assess the growth performance of carps (Mrigal or Naini carp, Cirrhinus mrigala, and common carp, Cyprinus carpio) and various water quality parameters under different conditions.

This research – based on simple and low-cost bucket demand fish feeder technology – is a positive start-up effort for collaborative research and to share improved production technologies among smaller farmers.

Test at the IAAS Research Station

In the test at the IAAS research station, there were five treatments with three replicates each, using nylon mesh, 1.75-by-1.45-by-1-meter cages placed in a pond and each stocked with 50 Naini/Mrigal fingerlings (8.93-9.16 gram average weight).

Treatments included type of aquafeed (sinking and floating) and type of feeding (traditional hand feeding; and locally made demand feeders using a pipe or a rod). The test lasted for 79 days and results showed no significant difference in stocking or harvest biomass of fish. However, the highest final average weight of fish (34.71 grams)  resulted in the treatment with a pipe demand feeder and using the sinking feed.

The 3-by-3-by-1-meter experimental cages used were stocked at 100 fish per cage, and the fish species tested were also Mrigal/Naini carps or common carps depending on the different farmers. The initial total weight of the fish in the cages ranged from 1,576 to 1,891 kg, and the tests lasted 65 days.

Based on our test results, we believe that the increased use of demand-type (pipe or rod) feeders by Nepalese fish farmers will have positive effects on cultured fish production and will improve the farm productivity and livelihood of many fish farmers. 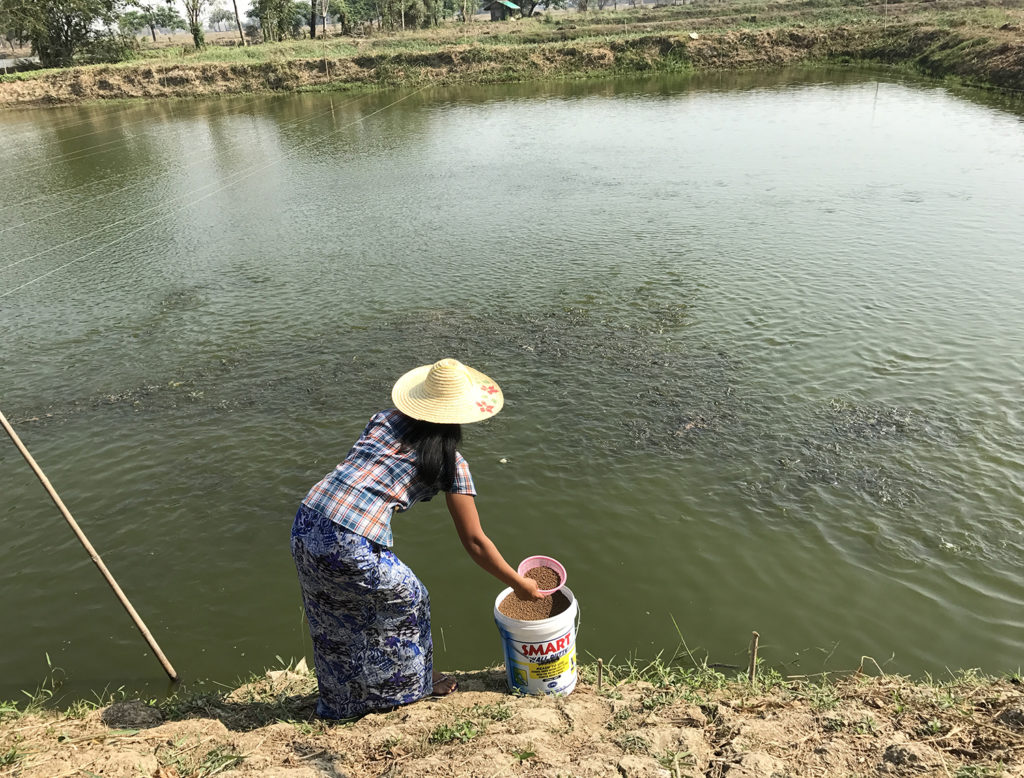 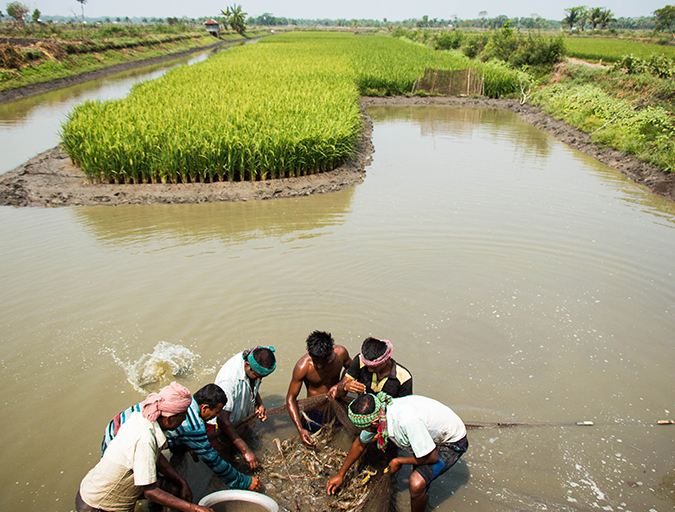