Learning from the Challenge Program for Water and Food (CPWF)

The Southwestern coastal zone of Bangladesh is agro-based and one of the world’s most populous, poverty-stricken and food-insecure regions, with high vulnerability to climate change. Shrimp aquaculture rapidly expanded in this tidal floodplain but shrimp is highly susceptible to disease, has less contribution in local consumption, and its profitability depends on international market prices, leading the demand for improving the farming system.

There is an opportunity to diversify and increase system productivity by integrating rice with aquaculture during the monsoon season through adoption of some water management practices at an individual and community level. This also minimizes the effluent load of aquaculture intensification.

In Bangladesh and for centuries, local people have practiced traditional coastal aquaculture to grow shrimp, fish and rice in ghers, which are modified, low-lying rice fields with raised dikes. This farming is very extensive, producing shrimp at ~250 kg/ha/year and with a few brackishwater fish coming in with the tidal water, and local rice varieties yielding ~1,500 kg/ha/year. In the last decade, drainage systems both inside and outside the polder (low-lying tract of land enclosed by dikes) deteriorated and challenged rice production. Farmers were also more interested in continuing shrimp farming, as this requires very low investment and gives higher economic return. However, low shrimp production, wide disease outbreaks, losing several crops in a year due to disease and flooding by coastal tidal surges have made the current farming system vulnerable. Coastal aquatic agricultural productivity also needs to increase to improve national food security.

Traditionally, farmers follow very low shrimp stocking densities. Then they restock almost each month and harvest only the bigger shrimp twice a month. They don’t provide any feed or other inputs, and shrimp grow based on natural food in the shallow ghers. The practice of multiple stocking and harvesting reduces risk of entire crop loss but at the end of the year produces a relatively low yield.

Compared to the farmers traditional practice, the improved management, stocking of quality seed according to the change in the salinity regime and capacity of the system and management approach; partial application of supplementary feed and crop rotation, in both rotational monoculture and polyculture produced diverse in products. In monoculture we cultivated shrimp in the high saline period, followed by short duration tilapia and freshwater catfish, integrated with six rice varieties in the monsoon. And in polyculture we stocked shrimp together with tilapia in the dry season, short duration tilapia with brackishwater catfish, and in the monsoon tilapia mixed with freshwater catfish and integrated with six rice varieties. In the case of rice, we tested three varieties of local and three high-yielding varieties (HYVs) at three different levels of fertilization.

All these three different management practices were tested in two different water depths (i.e. 50 cm and 70 cm). About 25 percent of the gher area was deeper trench for fish refuge.

An additional investment of $600 for monoculture and $2,000 for polyculture makes an additional gross margin of about $2,000 for both monoculture and polyculture practices over farmers’ traditional practices in both the two water depth trials (Table 1). The cost benefit analysis didn’t include value of rice as six varieties were tested and all didn’t produce equally.

Though gross margin looks equal, the advantage of polyculture is that it prevents the risk of complete crop loss in the shrimp cycle due to disease, and produces more fish for local consumption. Adding tilapia allows higher production in shallow water at a shorter period in between the high saline shrimp phase and low-no saline rice + fish phase.

This research demonstrated that we can grow rice in the high saline ghers. Due to poor water management in the experimental plot, we could manage to produce about 2,000 kg rice/ha, but the potential to grow rice is up to 5,000 kg/ha. The local variety Jotai performed best, followed by HYV BR54 (Figure 2). To grow rice, we had to drain out saline water from the shallow bed and exposed the area to rain water, repeated two to three times. During the drain-out period, fish was at earlier stage and took refuge in the trench. In our experiment and due to delayed rain, instead of 35-day paddy seedling we had to transplant 65-day-old seedlings, resulting in poor yields. Results from different fertilizer treatment show that even HYVs can be grown without fertilizer in a fed-fish gher (Figure 4), and addition of rice does not hamper fish production in the improved extensive ghers (Figure 3).

Benefits of adding rice in the ghers

The obvious benefit beyond fish production is the addition of cereal production from the ghers, which is the main food in Bangladesh. It reduces build-up of soil and water salinity by draining out saline water during seedling transplantation, allows crop rotation, and maximizes resource utilization by the constructive use of deposited wastes and nutrients from fish farming. Noticing the simple process of introducing HYVs, farmers in the better water management areas are growing BR54 and producing 4,000-5,000 kg/ha in the aman season.

The main challenge is the drainage out of saline water and the need for exposure to rainwater. Due to changing weather patterns, nowadays the time of monsoon in coastal Bangladesh varies and often didn’t allow to correctly transplant aged seedlings, resulting in poor yield, especially for HYVs (Figure 5). In most areas within the polder, the drainage canals are silted up and the sluice gates do not operate well. Also, some farmers keep saline water in their ghers and that water enters inside the rice-fish ghers by seepage, increasing water salinity and damaging the rice crop. Thus, to get maximum benefit of rice integration, we should practice it in a cluster of farming area where the entire community can improve the drainage system and follow the same timing for water drainage. If this can be achieved, the saline desert of coastal Bangladesh can be transformed productively into green ghers.

Integration of rice in shrimp gher is positive for shrimp and fish production, resulting in increased system productivity. The integrated farming management is not difficult but needs wider understanding among the farmers. Several government and donor funded projects have already extended this research output into practice. World Bank and other donors, together with the government of Bangladesh, are investing to improve water management in saline polders. We hope this initiative will help refine farming practices to diversify and increase the productivity of integrated shrimp-fish-rice ghers in southern coastal Bangladesh. 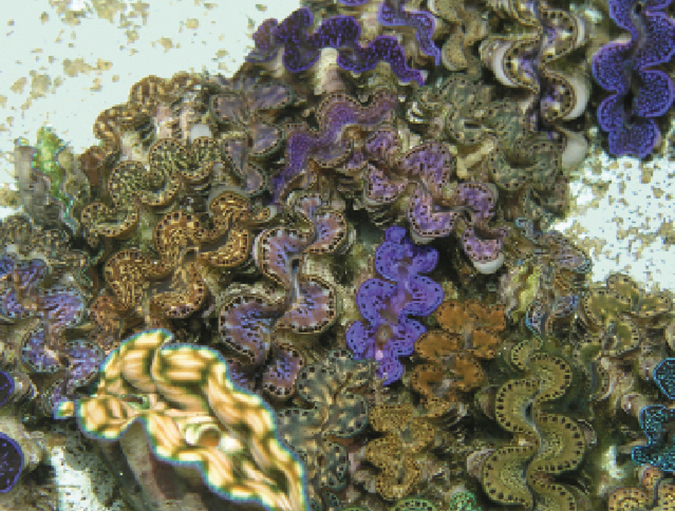