Even as the growth of recirculating aquaculture systems (RAS) promises a new growth curve for the industry worldwide – and in the United States particularly – land-based fish producers have a common challenge: mitigating the off-flavors such systems can impart on their product. They have help, though, as more start-up companies are eager to help them move past this time-consuming and costly issue.

Currently, purging is the primary off-flavor solution that operators employ before sending their fish into the marketplace. In this method, fish are placed in a depuration tank where they are flushed with clean water until the off-flavor-causing metabolites geosmin (GSM) and 2-methylisoborneol (MIB) are relieved from their systems. GSM and MIB are released by microbes that grow within these land-based tank systems.

While the depuration process has developed over the last few years, it can still take well over a week and this system has a big compromise – because they are not eating, fish lose their body mass during the process, and quickly.

Biotechnology company Nova Q is exploring bacterial solutions to address the build-up of GSM and MIB in RAS systems from the start.

“RAS is a huge and growing industry, but a key to unlocking the growth potential is in improving how it manages bacteria and biofilters in general,” Julian Beatty, managing director at Nova Q, told the Advocate.

The Ireland-based company focuses on bacteria-oriented management and solutions in multiple sectors, but their latest innovative jump has been identifying bacteria that will break down GSM and MIB. Their market-available product, RAS-Right, is a liquid additive that contains a mix of bacteria species that when added to the RAS system enhances the nitrification process.

Instead of focusing on eliminating the bacteria altogether, Nova Q focuses their expertise on functional nitrification production, working to develop and support a healthy microbial ecosystem throughout the RAS. “The biology is pretty well ignored,” said Beatty.

Several farms already use their products in the depuration system and are seeing lower levels of GSM and MIB, as well as healthy biological compositions within their systems at large.

Nova Q recently completed a study comparing RAS Right as an alternative to the typical depuration purge process. Fish were able to keep eating and growing while GSM and MIB were dramatically reduced 69 and 56 percent, respectively.

Nova Q needs further studies to show that using RAS Right from the start prevents GSM and MIB in the first place. Nova Q is pursuing research with the Scottish Association for Marine Science and is in hopes of working with The Conservation Fund Freshwater Institute in West Virginia, USA to pilot a research project.

“We really want to show the value of regular small maintenance dosing of our products and the impact that has on the overall stability, water quality and fish health,” said Beatty.

RAS is just on the precipice of literally exploding. Many new systems are being planned and designed, each one bigger and with plans to become even bigger in time.

Microbial solutions to mitigate off-flavors could be promising, and they have implications for a much easier RAS system and biofilter maintenance. Water sterilization and advanced oxidation are other methods that have continued to prove themselves in shortening the depuration process.

Exciton Clean, a start-up based in Verona, Wisc., has proven its ability to slash the depuration time roughly in half with its novel advanced oxidation technology.

The company just completed a pilot study with Superior Fresh, an operational Atlantic salmon and steelhead trout aquaponics RAS facility, also in Wisconsin. There they tested the difference between the facility’s typical depuration process and a depuration process with the eAOPⓇ reactor.

In the tank with their system running, a satisfactory depuration process was achieved in four days. But the real indicator was to test the presence of off-flavor chemicals in the fish flesh.

Typically, 200 nanograms per kilogram of GSM in the fish flesh is the level where humans can detect the taste. But there are “supertasters,” as Jack Holland, general manager at Exciton Clean describes them, who can detect the earthy, muddy taste at as low as 100 nanogram per kilogram.

“You can see by actually testing the level of GSM and MIB in the fish flesh itself that between four to six days we reached the [satisfactory] level. When the fish went to market it was absolutely spot-on taste-wise,” said Holland. “We believe that the only true test is actually in the marketplace.”

The Exciton Advanced Oxidation Process® could be more effective than existing chemical solutions of removing geosmin and MIB in water. “The real proof in the pudding was the speed at which we reduce the off-flavor chemical levels both in the water and in the fish,” said Holland.

Exciton Clean’s future work is focused on larger systems, saltwater-based systems and biofilter replacement, but the short-term focus is on the depuration tank process, added Barry.

Both Exciton Clean and Nova Q agree that minimizing or eliminating the depuration process would be a huge push forward for the RAS industry. As large-scale RAS systems continue to develop across the globe, the new systems will be the testing grounds for innovative technologies like theirs.

“RAS is just on the precipice of literally exploding,” said Holland. “Many new systems are being planned and designed, each one bigger and with plans to become even bigger in time.” 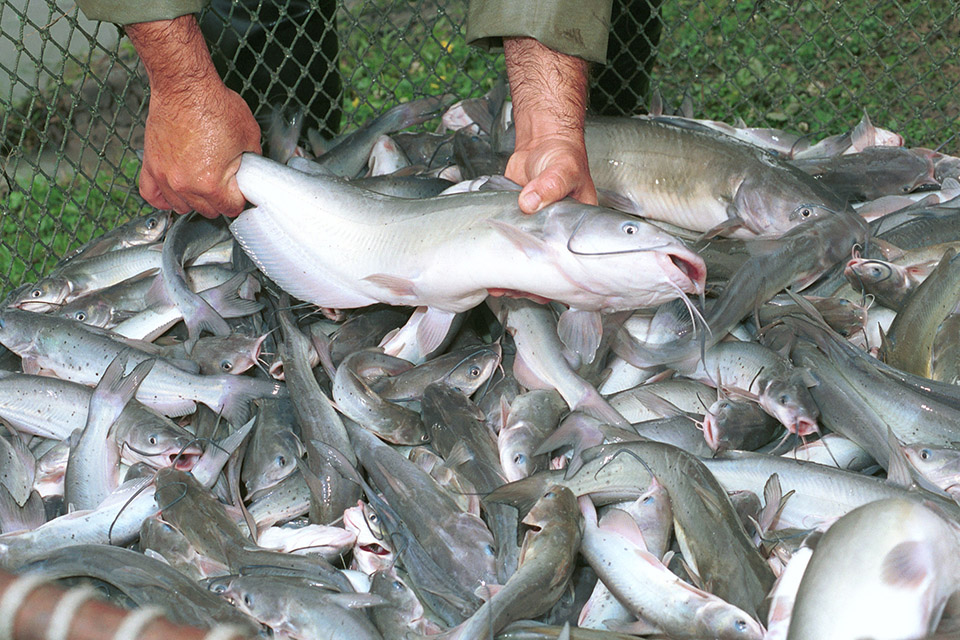 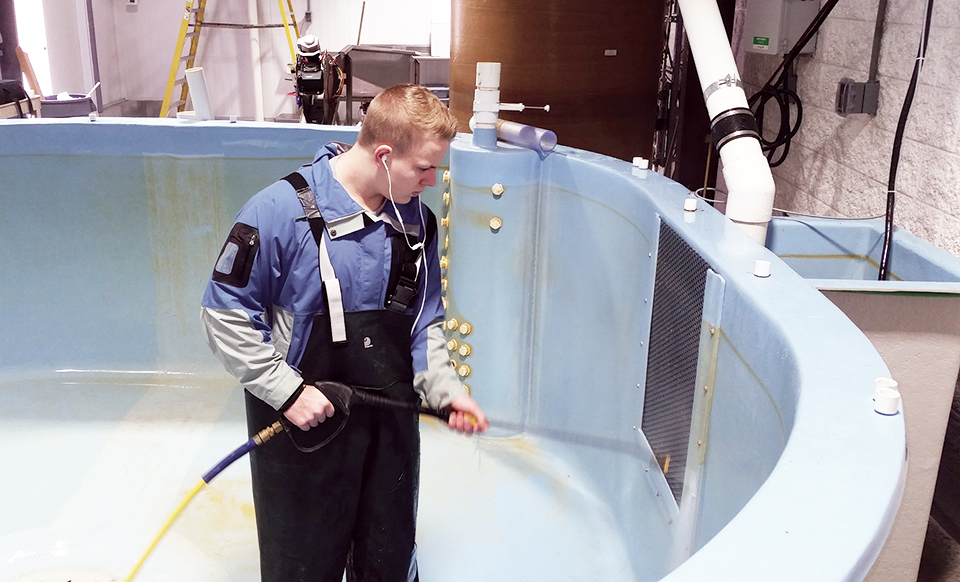 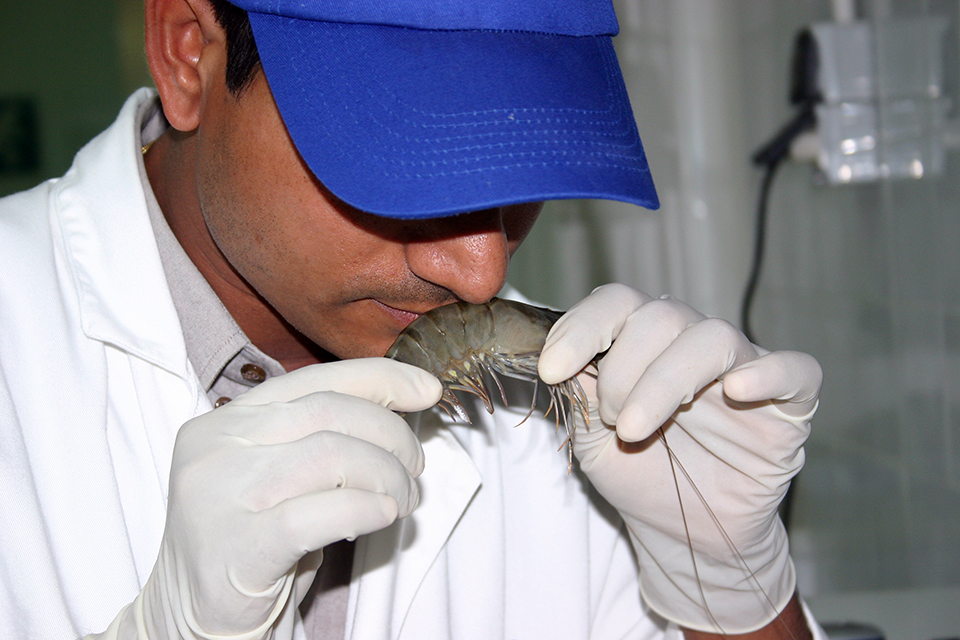