Shrimp, the most consumed seafood in the United States, is primarily marketed as frozen product. However, there is growing demand for locally produced fresh food that was never previously frozen. It is in the best interests of shrimp farmers to saturate their local and regional markets with fresh shrimp to increase the prices received for their products.

If farmers can market shrimp head-on, they can tap into an additional specialty value-added market and enjoy the benefits of selling whole shrimp versus headless shrimp. The advantages for selling head-on shrimp include higher pricing on a weight basis and not having to dispose of shrimp heads as waste or developing a use for this byproduct.

Shrimp from wild fisheries are primarily deheaded soon after they are captured, because shrimp tails become mushy if the heads remain on for an extended period of time post-mortem. This is also common practice for farmed shrimp.

The mushiness of whole shrimp held on ice is not due to the action of enzymes indigenous to muscle tissue, but is attributed to the diffusion of proteolytic and collagenolytic enzymes that originate from the autolysis of the hepatopancreas. Mushiness for head-on shrimp has also been related to differences in genetics, rearing practices and animal stress.

In a study, the authors compared the textures of head-on versus headless farmed shrimp stored over time in a refrigerator.

Pacific white shrimp (Litopenaeus vannamei) were cultured in recirculating aquaculture systems, harvested and then euthanized in a freshwater slurry/ice bath with a temperature less than 4 degrees-C. To ensure the internal temperature of shrimp was less then 4 degrees-C, they were maintained in the ice bath for 20 minutes.

Head-on and headless shrimp were then placed on ice in single layers with alternating layers of ice and shrimp. The shrimp were held on ice for approximately two hours to simulate the time between being euthanized and processed. Shrimp were then packaged for fresh storage in vacuum pouches and stored at 4 degrees-C.

Hardness is defined as the minimum compression force required to compact material by a given distance. In other words, the lower the hardness value, the softer the shrimp muscle will be. The hardness of shrimp generally decreased over time for both groups of shrimp (Fig. 1). On average, the headless shrimp had a 15 percent higher hardness value than the values found in the head-on shrimp. It was expected that headless shrimp would have higher hardness values based on the enzymatic degradation of the tails from the head region.

Cohesiveness is defined as how well material withstands a second compression relative to how it behaved during initial compaction. Lower cohesiveness values indicate internal shrimp muscle bonds are not as strong. Generally, cohesiveness decreased over time for both groups of shrimp. Cohesiveness values for headless shrimp were, on average, 4 percent higher than those for the head-on shrimp (Fig. 2). So compared to the first compression values, the second compression values were not as different between headless and head-on shrimp.

Springiness is a value that defines how well a material physically springs back after is has been deformed during initial compression. For shrimp, lower values show that shrimp muscle has less recovery to its normal state after force is removed. The springiness of both groups of shrimp did not vary over time and remained relatively consistent over the 14-day period of storage. The springiness of the headless shrimp averaged just under 2 percent lower than that of the head-on shrimp.

Mushiness of shrimp tails is often associated with head-on shrimp. Results from this study were somewhat surprising in that texture values did not vary greatly between headless and head-on shrimp stored over a two-week period.

Further studies should be conducted to determine the consistency of these observations, along with a comprehensive shelf life study A full shelf life study including microbial plate counts and a human sensory pane is planned in the near future to determine the overall potential for the head-on fresh shrimp market. If results are not favorable, product quality may be improved by enhanced post-harvest protocols or other good aquaculture practices. 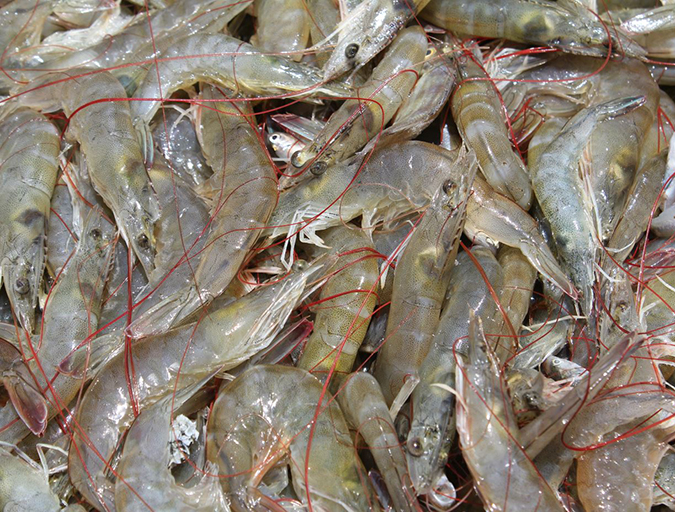 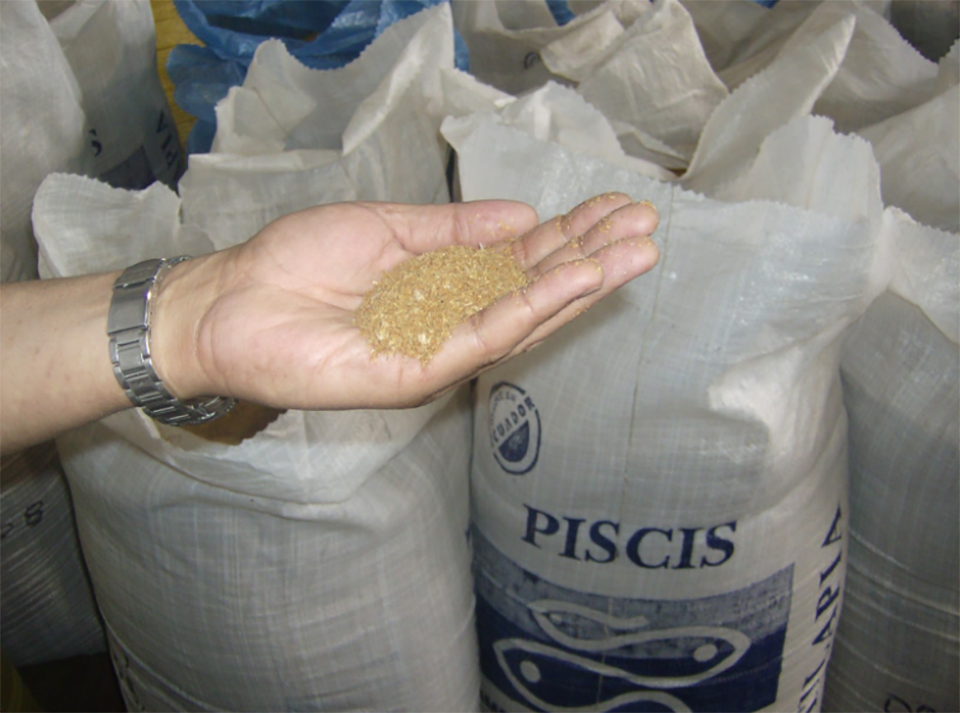 To position aquaculture for future growth, it needs tools to evaluate a growing spectrum of alternative ingredients and formulated diets designed to optimize fish health and efficient production.