The availability of high-health seed-stock from facilities that utilize specific pathogen-free broodstock is limited, and some farmers have brought in Pacific white shrimp from secondary sources in Taiwan and China that cannot guarantee their high-health status. Some have also produced larvae from broodstock raised in earthen ponds, which have a high chance of being infected by various diseases, especially Infectious Hypodermal and Hematopoietic Necrosis Virus (IHHNV). IHHNV is also found in black tiger shrimp, but does not cause major problems in the animals. It significantly reduces the growth and survival rates of Pacific white shrimp.

The authors recently carried out a study of shrimp larvae in earthen ponds at a commercial shrimp farm in Nakorn Pathom Province, Thailand. Larvae produced from broodstock infected with IHHNV (based on results of a polymerase chain reaction test) were raised in two 1,600-square-meter experimental ponds at a stocking density of 44 animals per square meter.

The results were compared with shrimp larvae from imported specific pathogen-free (SPF) broodstock raised in two control ponds at a stocking density of 75 animals per square meter. The salinity in all ponds ranged 3 to 6 ppt. The shrimp were fed with commercial pelleted feed following standard procedures.

After 30 days, some of the IHHNV-infected shrimp began to show abnormalities like bent or deformed rostrums, wrinkled walking legs, cuticular roughness, and other deformities. Most of these shrimp were also smaller than others in the same pond.

As time passed, the number of shrimp with abnormalities in the experimental ponds rose continuously. Those in the IHHNV-infected ponds that did not display clinical abnormalities also grew at a slower rate than the shrimp from SPF broodstocks. The difference was quite apparent after 70 days.

When the shrimp in the two IHHNV-infected ponds were harvested after 120 days, the average yield was 1,882 kilograms per hectare, average survival rate was only 44.17 percent, and the feed-conversion rate (FCR) was 1.75. The shrimp from SPF broodstock were harvested after 100 days. Their average yield was 7,719 kilograms per hectare, survival rate was 81.99 percent, and the FCR was 1.35. There were statistically significant differences between the growth rates and survival rates of the two groups (p < 0.05).

Histopathological studies of the shrimp that displayed clinical signs revealed Cowdry type A and intranuclear inclusion bodies in the cells of the ectodermal tissues (gills, epidermis, and nerve cord) as well as the mesodermal tissues (hematopoietic organ, antennal gland, and lymphoid organ). The shrimp that came from SPF broodstock did not have visible abnormalities.

As confirmed in a small pond study in Thailand, stocking Pacific white shrimp seedstock infected with IHHNV negatively affects production. For higher yields, shrimp farmers should use postlarvae from broodstock that test negative for IHHNV in polymerase chain reaction tests. 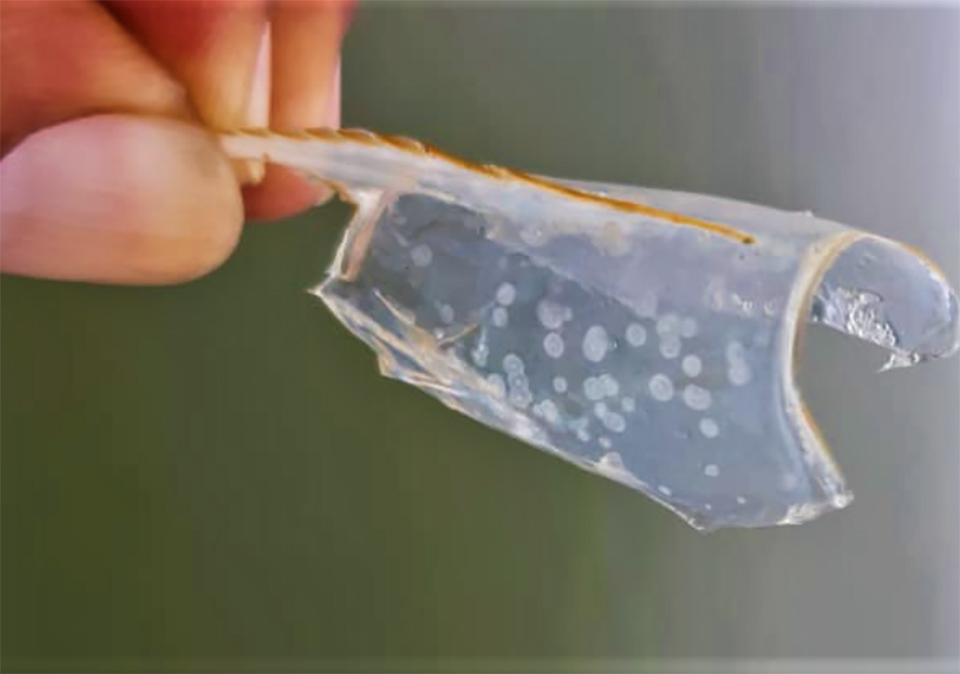 A study in Vietnam showed that there was significant variation in WSSV resistance among Pacific white shrimp families evaluated. 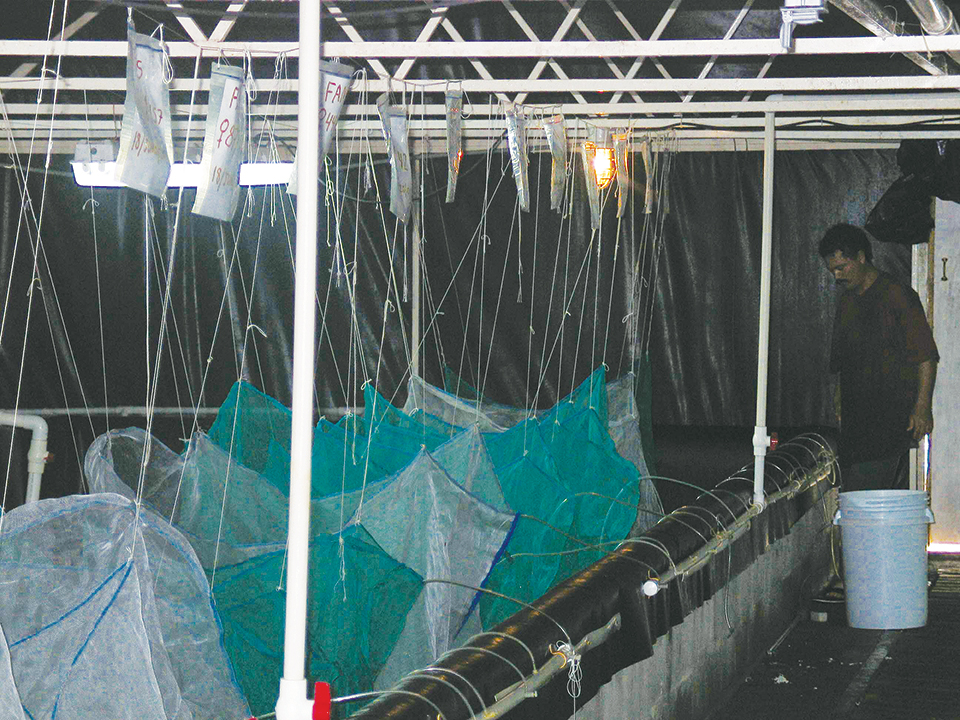 The authors conducted a study to investigate the prevalence of IHHNV in P. vannamei within the context of a family-based genetic selection program. 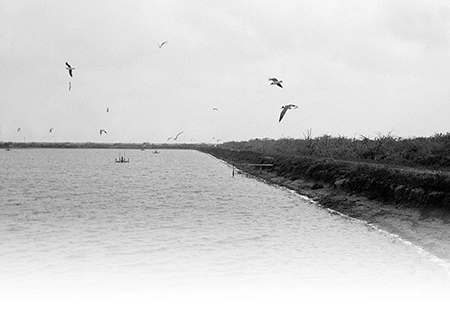 Sea birds can spread viral, bacterial, fungal and protozoan diseases to shrimp farms, so future farm designs should take their presence into account.