If not effectively removed from recirculating aquaculture systems, fresh fecal matter and waste feed can degrade fish health and biofilter performance, and increase the oxygen demand of the system. Increased plugging within the aeration columns, screens and spray orifices can ultimately result in system failure.

In many of these cold-water recirculating systems, the supernatant from the settling devices and the majority of flow exiting the culture tanks’ elevated drains are combined and passed through a microscreen drum filter for additional solids removal.

A recent study at The Conservation Fund Freshwater Institute in Shepherdstown, West Virginia, USA, evaluated the performance of two types of settling devices – a swirl separator and radial-flow settler – at removing solids concentrated within the bottom drain flow exiting circular dual-drain culture tanks. The work was supported by grants from the Agricultural Research Service, United States Department of Agriculture.

Swirl separators of 1- to 2-meter diameter have been used for over a decade to trap settleable solids concentrated within tanks’ bottom drain flows. Water injected tangentially into a swirl separator at the outer radius of a conical tank causes the water to spin around the tank’s center axis. The primary rotation inside the tank creates a secondary radial flow toward the center of the conical tank that improves solids capture (Fig. 1). However, removal of aquaculture solids across a swirl separator is mainly gravity-driven and dependent on the surface-loading rate of the vessel and the settling velocity of the particles.

Swirl separators have traditionally been used to treat surface water runoff or wastewater flows that contain particles of high specific gravity, especially sand and grit, which would have correspondingly rapid settling velocities. Waste feed and fecal matter, however, can have specific gravity that is only slightly greater than water and relatively slow settling velocities.

Radial-flow settlers are only similar to swirl separators in that they are both cylindrical settling tanks with effluent launders located around the top perimeter of the vessels. Both types of settling units can incorporate cone bottoms that help concentrate the captured biosolids flushed through the base of the cones.

Radial-flow settlers have completely different flow hydraulics from swirl separators. A radial-flow settler introduces water into the center of the vessel inside a “turbulence-damping” cylinder. The injected water flows outward in the vessel’s radial direction to the overflow collection launder that surrounds the perimeter of the settler.

Radial flow from the center of the tank produces a progressively lower water velocity along the settling path as the water approaches the effluent weir surrounding the perimeter of the tank. In addition, the circumference of the circular vessels produces a substantial outlet weir length, which provides a relatively low weir loading rate.

The design of the flow injection point within the center of radial-flow settlers is critical to dampen the turbulence created by the flow injection. Wastewater treatment system text books recommend that the turbulence-damping cylinder at the center of the settling tank should be designed with at least 25 percent of the tank diameter and located well above the maximum depth of sludge to minimize resuspension of the captured solids.

In the West Virginia study, solids removal across a swirl separator, radial-flow settler, and microscreen drum filter was evaluated in a fully recirculating system with a 150-cubic-meter Cornell-type dual-drain tank during the production of Arctic char and rainbow trout.

In either case, these results indicated that treatment of the entire recirculating flow across a microscreen drum filter was critical for removing TSS from the recirculating system and preventing TSS accumulation. Total suspended solids concentrations of approximately 3 to 5 milligrams per liter were maintained in the salmonid recirculating system during this study, even at sustained daily feed rates as high as 123 kilograms per day.

Note: This article is a summary of a 2005 article by the authors that appeared in Aquacultural Engineering. 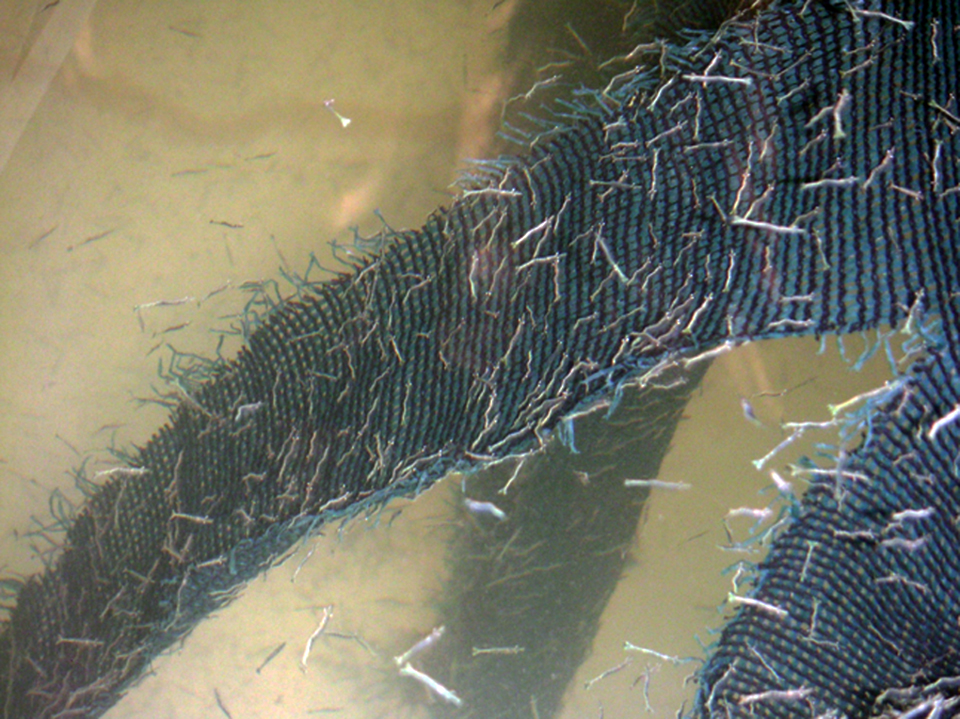 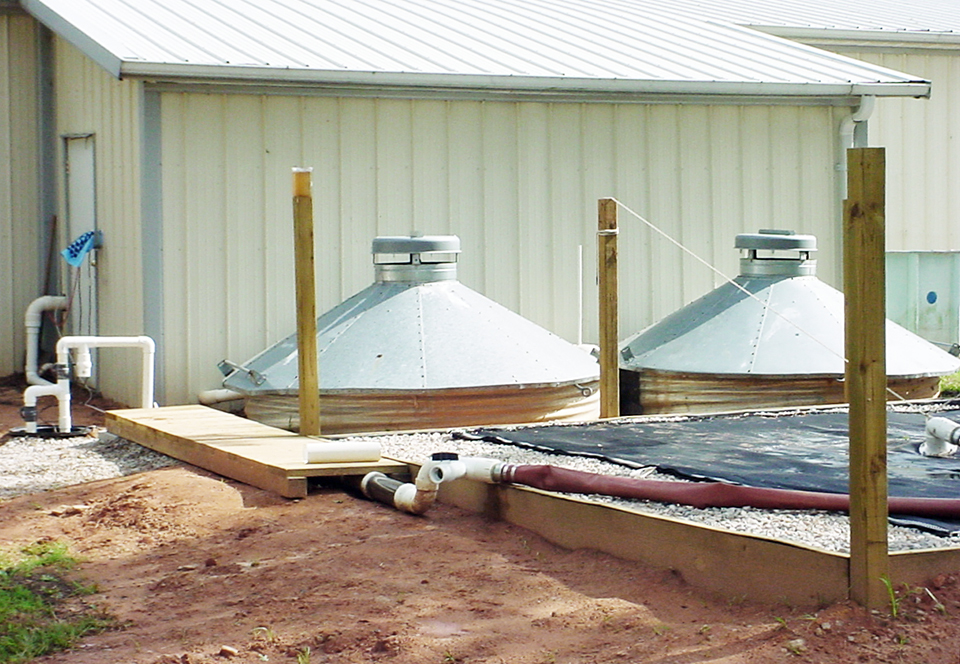 Geotextile bags used in combination with polymer flocculant aid chemicals can provide effective primary treatment of recirculating aquaculture system effluent. Much of the suspended solids that carry the majority of the organic load within the effluent can be captured by these systems. 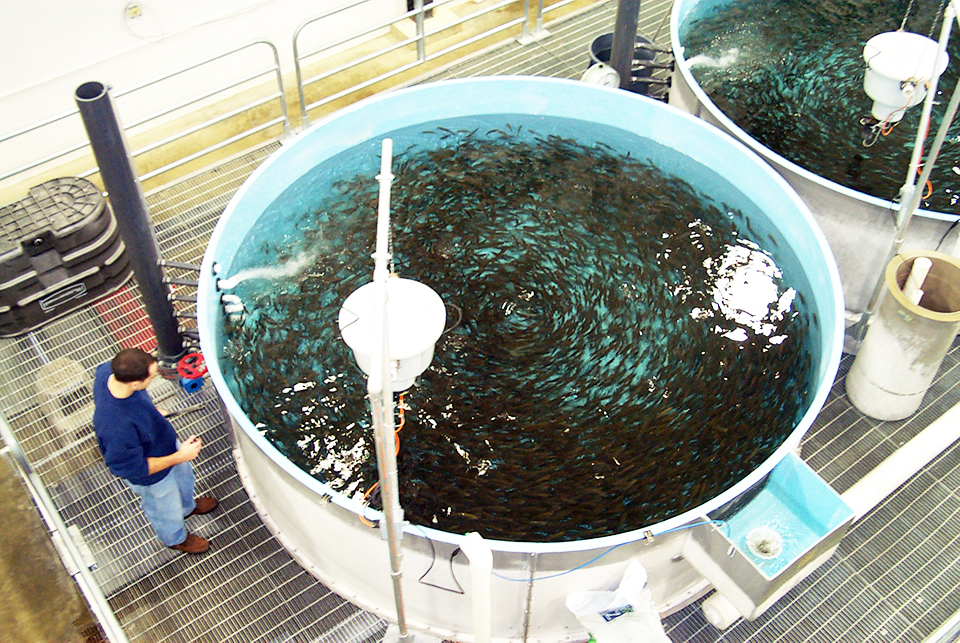 Circular tank-based recirculating aquaculture systems can be used to effectively culture rainbow trout and other salmonids in a bio-secure and environmentally friendly manner that imposes a much lower water and wastewater footprint than traditional flow-through culture technologies.