Pangasius has become in a few years one of the major aquaculture species sold in international markets. Its fillet quality has been recognized by many specialists, but the pangasius industry has also been facing strong communications addressing the quality, safety and sustainability of its production.

The very fast expansion of the pangasius industry and the production cost of the fish are the major reasons for this situation. In only 10 years, annual pangasius production jumped from 60,000 to well over 1 million metric tons (MT). But 10 years ago, there were very few scientific studies on nutritional requirements and farm or fish health management.

This has changed through the development of research programs at Vietnamese universities and international cooperation with strong technical work by private companies. Dramatic restructuring following the 2009 crisis has led to the development of integrated companies able to assure better traceability of their products.

The industry now has powerful tools to develop accurate pangasius feeding programs, such as the in vivo digestibility model developed by the feed company Ocialis. The industry can also respond to sustainability and traceability needs, and assure reliable quality control of fillets before exportation. But a reliable model to consistently control the sensory characteristics of fillets was not available.

The authors recently developed a practical tool for pangasius processors or buyers to control the sensory quality of their fish and produce pangasius fillets with a specific taste, as is done with the Label Rouge products in France. It can also be used as a marketing tool to address negative perceptions, and to support fish quality claims.

The work was carried out jointly between Ocialis, using its experience on Label Rouge development in France, and scientists at the Ho Chi Minh City University of Technology.

Main goals in the study were to develop a lexicon of sensory properties for fillet products of Vietnamese catfish, Pangasius hypophthalmus, and to examine the sensory characteristics of raw catfish fillets (fresh and frozen) as predictors of the sensory quality of cooked catfish samples.

Researchers used the quantitative descriptive analysis method to develop the sensory analysis protocol (ASTM, 1992. DOI: 10.1520/MNL10523M). The sensitive and reproducible system is based on the principle of a panelist’s ability to verbalize perceptions of a product in a reliable manner. Its major advantage is that it allows an integral understanding of the sensory characteristics of the product.

The panel generated possible descriptors of odor, taste, appearance and texture of catfish fillet products. Three lists of descriptors were developed for three types of samples: fresh, frozen and cooked. After that, the panelists participated in a 55-hour training course to improve their abilities in the detection and discrimination of the sensory properties of the fillets based on the defined descriptors.

Six raw fresh, 10 raw frozen and 16 cooked samples made from both raw and frozen fillets were evaluated three times. Multiple factor analysis (MFA) was used to determine the relationships among groups of properties of raw, frozen and cooked fillets.

As examples, the analysis done on cooked and fresh filets is described here. The conclusions on thawed and frozen products are summarized at the end of this article.

The first MFA maps of individuals and variables for fresh samples are shown in Figures 1 and 2. The first factor was highly correlated with the variables belonging to the two groups. This axis opposed samples HCM2, HCMC3 to CaoLanh, SaDec, HCMC1 and TienGiang. This first MFA factor was positively correlated with the good properties of the samples, such as boiled fat, greasy mouth feel, elastic, cohesive; and negatively correlated with off-properties such as boiled aged egg, oxidized lipid, ammonia and sulfur. These results indicated that the first factor was related to sensory quality of the catfish fillets.

The second axis of the MFA factorial map was also correlated with the variables of the two groups. This second factor separated the products by origin of manufacture. Samples from Ho Chi Minh City had similar characteristics to samples from Sa Dec. Samples from Cao Lanh and Tien Giang were very different in the second axis. Cao Lanh samples had strong off-smells such as ammoniac and fishy, while TienGiang samples had boiled chicken flavor with no off-smell. Quality correlated mostly with textural properties and aroma/odor of the products.

Factors from separate principal component analysis of two groups showed a strong correlation between the first factor of MFA and the first factor of each separate analysis. These factors of separate analyses were also highly correlated to one another. The same observation could be made for the second factor. This finding allowed the prediction of sensory properties of catfish fillets between the cooked phase and fresh phase, and vice versa.

The strong relationship between the sensory properties of raw fresh catfish fillets and those of cooked fillets was confirmed by the groups’ representation, derived from MFA. The two groups of raw fresh and cooked were almost identical on the map. They were strongly related to MFA factor 1, which meant that many variables of these two groups were related to this factor.

Pangasius processors and buyers now have a tool to check the sensory properties of pangasius fillets. It can allow the selection of fillet sources based on their products’ consistent sensory properties and support the development of control plans before exportation, or create innovative products with specific organoleptic characteristics. 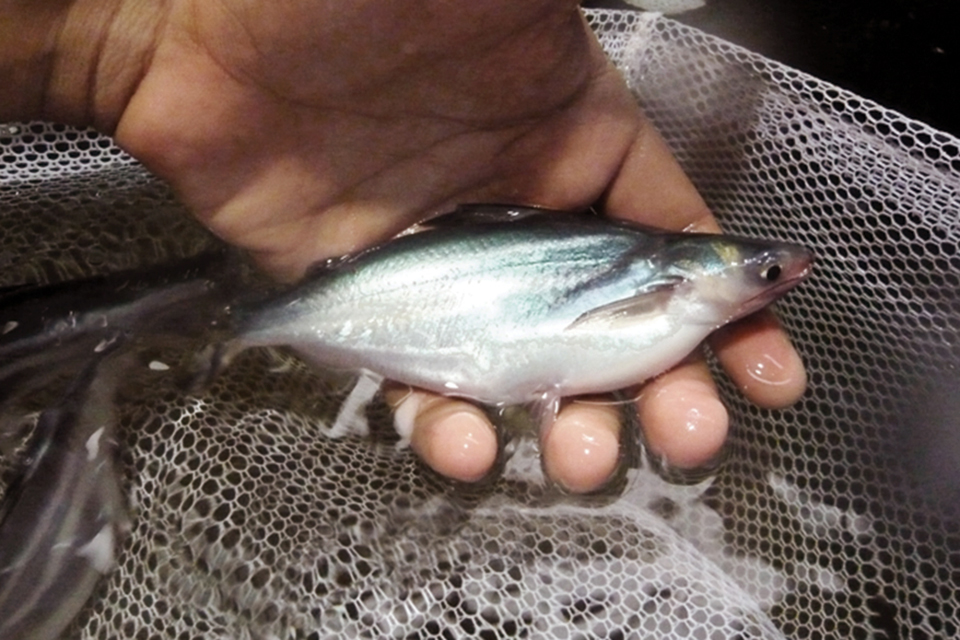 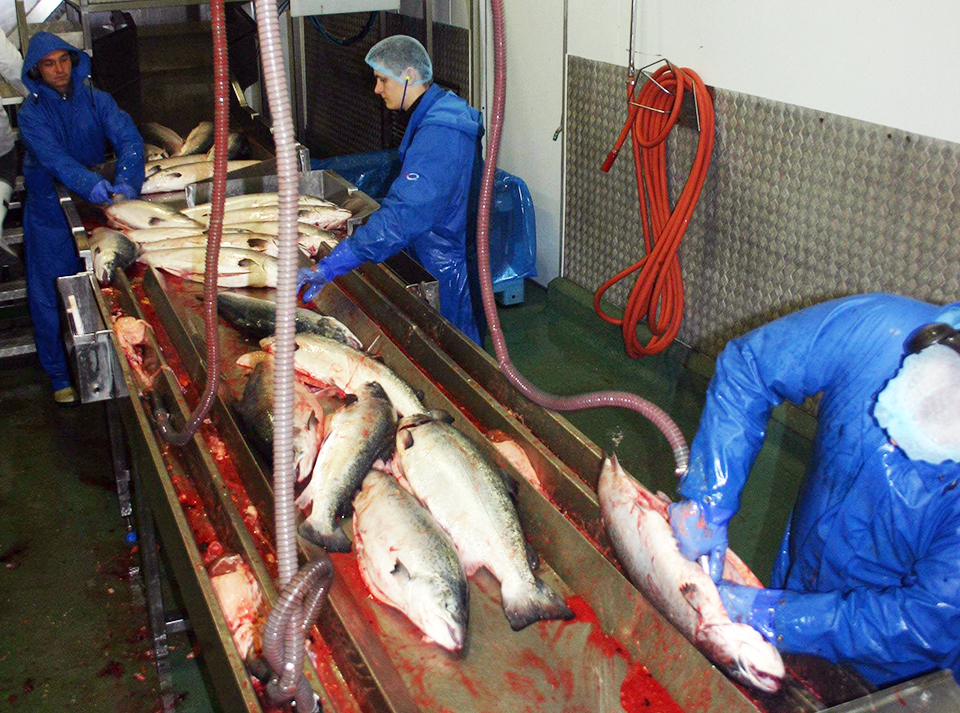