High Health Aquaculture, Inc. (HHA), a shrimp breeding company located in Kona, Hawaii, has been working on developing shrimp resistant to the Taura Syndrome Virus (TSV) since 1994. We carry out a selective breeding program to develop TSV-resistant L. vannamei, with the goal of developing fast growing, disease resistant shrimp that minimize risk of disease and maximize profits in culture. All of our stocks, including (L. vannamei, L. stylirostris and P. monodon), are certified virus-free. I

n our first two rounds of selection for TSV resistance, our selected L. vannamei groups had significantly higher survival than non-selected groups. Details of those experiments are published in the Proceedings of the First Latin American Shrimp Culture Conference, held in Panama on October 1998 (available at: info@gfce.com)

We completed our third round of selection for TSV resistance in the spring of 1999. Tagged juveniles were shipped live to Tucson (Arizona), where the Aquaculture Pathology Lab at the University of Arizona conducted the TSV-challenge. Our select L. vannamei group (called HH2000) averaged 69 percent survival, compared to a 31 percent survival average for the non-select group. Over the three rounds of selection we have completed, the mean survival of our select groups has steadily increased (Fig. 1). These data indicate that our selective breeding program for TSV-resistance is making good progress towards our goal.

Field data from use of our select stocks in 1999 is now available from Texas. Broodstock produced from our HH99 select group were supplied to Harlingen Shrimp Farm, the leading shrimp hatchery in the U.S. They used the HH99 broodstock to produce PL to supply the U.S. industry in 1999.

Harvest data from Texas indicate that the HH99 offspring displayed outstanding growth rates, reaching mean harvest sizes of 22 to 25 grams. Harvest survivals in TSV-free farms in South Texas were 70-80 percent. Harvest survivals in TSV-positive farms in North Texas were in the 30 to 50 percent range. Farmers report that these growth rates and survivals are well above those recorded in 1998, and are strong encouragement to restock High Health shrimp in the future. Overall, the 1999 farmed shrimp crop in Texas reached levels comparable to pre-TSV years for the first time since the disease appeared.

The increasing survivals of HHA’s select groups in lab challenges combined with the improved survivals and growth rates in Texas shrimp farms using HHA’s selected stocks, indicate that we are making significant progress towards our goals of developing a fast growing TSV-resistant L. vannamei. 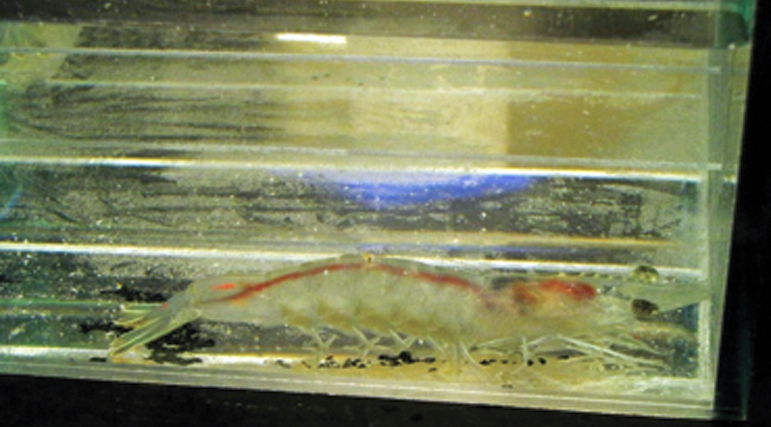 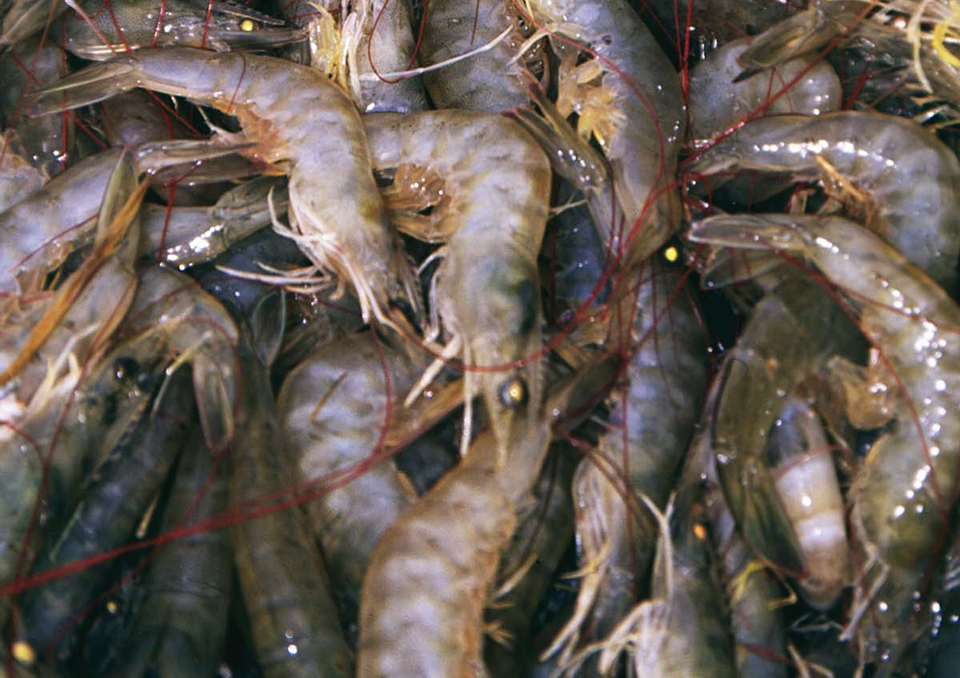 Based on a phylogenetic analysis with the BEAST program, the authors determined the evolutionary relationships among 83 Taura syndrome virus isolates.