In a challenge test, shrimp from breeding program had higher resistance and 30 percent greater survival

Necrotizing hepatopancreatitis (NHP) and its causative bacterial agent NHP-B are widely distributed in several countries in the Western Hemisphere, including the United States and Central and South American countries that farm Pacific white shrimp (Litopenaeus vannamei). This chronic disease causes mortalities of up to 95 percent in shrimp populations in growout and broodstock ponds.

In Colombian shrimp culture, NHP is rarely reported in commercial ponds, even when the optimal temperature and salinity for the development of this disease are present. Of special interest is that the presence of NHP-B infections in recent years has been restricted to broodstock ponds or tanks.

To establish if there was some resistance in the Colombian line to NHP-B, a series of experiments were carried out at the University of Arizona Aquaculture Pathology Laboratory during 2008 and 2009. TSV-resistant L. vannamei from Colombia and a specific pathogen-free population from the Oceanic Institute (Kona) were used. The average weight of the shrimp at the start of the test was 2.8 grams. Animals were tagged differentially with fluorescent elastomer tags in their sixth abdominal segments.

Shrimp were collected periodically and counted to determine the percentage of survival by population during the testing period. Samples of sick shrimp were fixed in Davidson’s fixative for histological analysis and/or preserved in 95 percent ethanol for polymerase chain reaction (PCR) analysis.

At the end of the experiment, hepatopancreas tissue was taken from surviving shrimp. One-half was frozen at minus-70 degrees-C, and the other half was preserved in 95 percent ethanol. After almost four months, the final survival was determined by counting all the shrimp from both populations present in each tank.

NHP-B infection was confirmed in the infected tanks during the challenge test through histological examination of hepatopancreas tissue and by PCR. However, the pooled survival curve data and final survival of the Colombian population were significantly higher than in the Kona population (P < 0.001).

The Colombian shrimp were clearly more resistant to NHP-B than the Kona population and had about 30 percent greater survival (Fig. 1). The Colombian population’s resistance was consistent with the very low incidence of infection by NHP-B in commercial grow-out ponds in Colombia.

Most of the countries in the Americas that farm L. vannamei have episodes of NHP. Peru, Ecuador, Venezuela, Brazil and most Central American countries have reported NHP outbreaks in juvenile stages that caused mortalities up to 99 percent. Unlike other countries, NHP in Colombia has only been reported in broodstock ponds and just a few cases in grow-out ponds.

The resistance of the Colombian population to NHP-B infection might be related to the process of selection for resistance to TSV. From 1992 to 1995, most Latin American countries that raised L. vannamei were severely affected by Taura syndrome, which caused massive losses in the shrimp industry. Several shrimp-breeding programs were initiated at that time to develop TSV-resistant populations.

In Colombia, the industry set up a mass selection program in which growers selected surviving shrimp from the highly TSV-affected ponds. The most common practice consisted of the transfer of survivors from grow-out ponds at about four months to lower-density ponds before later transfer to the maturation lab. In each transfer, the larger, healthier shrimp with no deformities, flaccid bodies or melanization were transferred to the next phase.

NHP-B had been reported in subadults and broodstock populations in the farms where mass selection was carried out with high prevalence in some ponds. Typical NHP clinical signs in symptomatic shrimp are soft shell and flaccid bodies. Thus, a mass selection program directed to TSV resistance, but which uses as selection criteria survival and elimination of animals with soft shells and flaccid bodies, in the presence of both TSV and NHP-B can simultaneously select for resistance to both TSV and NHP-B. However, TSV selection does not confer a generalized resistance to other pathogens, including NHP-B. 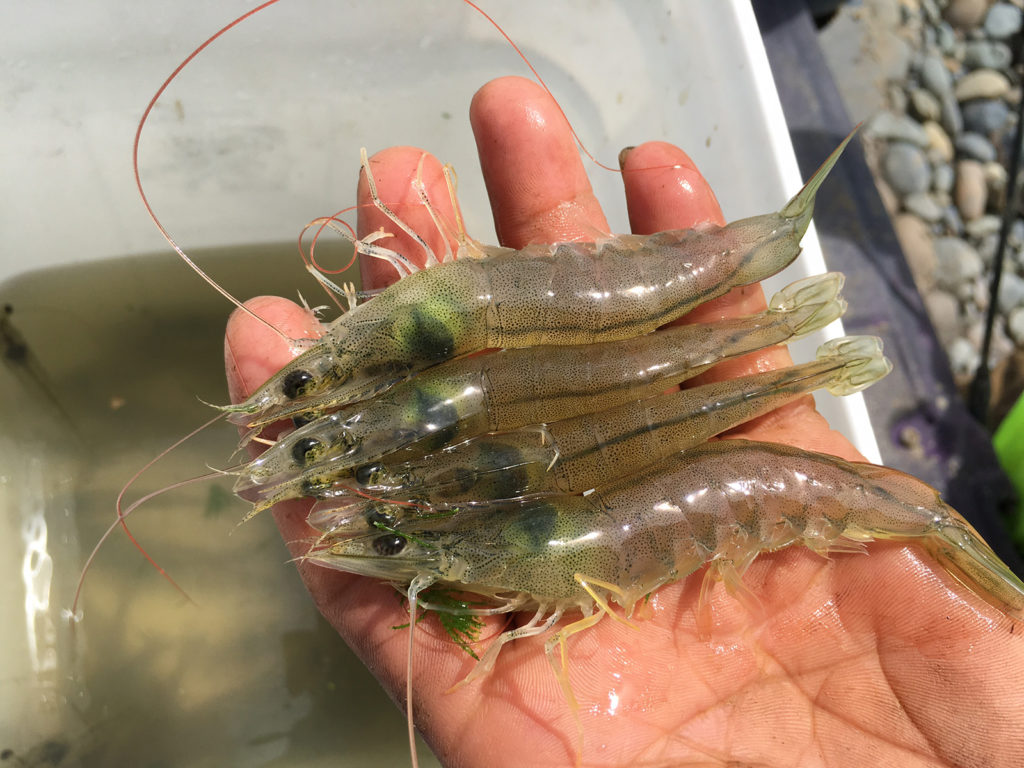 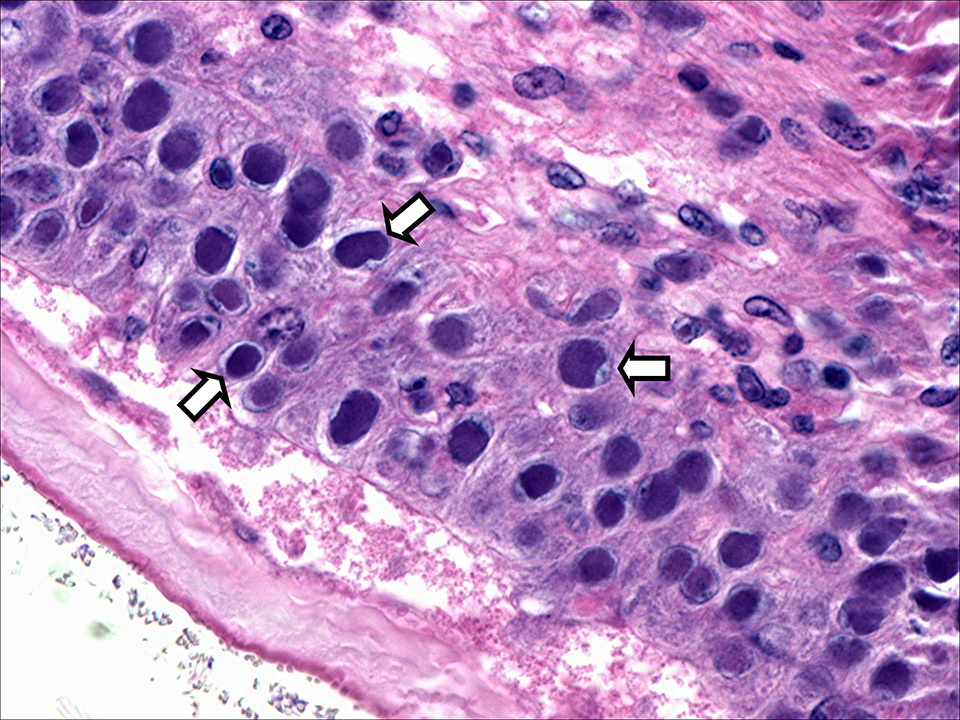