Japan’s rich history with food involves influences from other Asian countries and naturally incorporates fish and other seafood. Today, Japan remains a top consumer of seafood, and its citizens benefit from regular meals that include fish, shellfish and other aquatic species.

The story goes that rice was introduced into Japan from Korea around 400 B.C., and within 100 years, it had become the staple food of Japan. It was also later used to make paper, wine, fuel, building materials and other items.

China was soon supplying soybeans and wheat – two ingredients that are now integral parts of Japanese cooking. Along Japan’s journey of development, tea, chopsticks and a number of other important food-related items were also introduced from China.

In the early sixth century, Buddhism became the official religion of Japan, and the eating of fish and meat was prohibited. During the eighth and ninth centuries, the number of regulated meats increased to the point that all mammals except whales, which were categorized as fish, were off limits.

Shinto, the Japanese indigenous religion, also adopted a philosophy similar to that of the Buddhists. Poultry animals were regarded in Shinto as God’s sacred messengers and so were reared to announce the dawn rather than as a mere food resource. Toward the end of the 15th century, however, the tradition of eating the meat and eggs of domestic poultry was revived.

Being an island nation, Japan used fish as a readily available source of food. With no reliable refrigeration available, the problems of preserving and transporting fresh marine fish minimized consumption in inland areas, where freshwater fish were commonly eaten instead.

Sushi originated as a means of preserving fish. Fish were salted and placed in rice, thus preserving them by lactic acid fermentation that prevented bacteria growth. By the 15th century, a shorter fermentation period made both the fish and rice edible, so sushi became a popular snack food. Sushi without fermentation appeared during the Edo period (1600-1867).

Surimi – minced and refined fish muscle – had its origins in Japan in the late 12th century, and the country remains a top producer. The fish meat paste is frozen into blocks that are manufactured into various products by specialist operators. Tempura (fried seafood with vegetables) was brought to Japan in the 16th century.

In the 1870s, Emperor Meiji was keen to embrace the Western world and created a New Year’s feast with a European emphasis that allowed his people to publicly eat meat. Interestingly, milk and other dairy products have never been popular in Japan. To utilize cattle for meat or even milk was, until relatively recently, a rarity.

Aquaculture in Japan was initially recorded with the seabed-sown cultivation of oysters in the Seto Inland Sea in the middle of the 16th century. Farming of edible seaweed (nori) was started by fishermen living in Edo (Tokyo) at the end of the 17th century. In the middle of the 19th century, semi-intensive carp culture in rice paddy fields began, as well as eel farming in ponds.

Japan continued to broaden its oyster production by cultivating pearl oysters in 1893. After 1910, the production of full-orbed pearls was made possible due to technical developments which have since been adopted by pearl farms worldwide. From the 1950s, hanging culture with longlines was developed due to its resistance to high waves. This technique was also utilized for the cultivation of larger seaweeds such as Japanese kelp.

The first intensive aquaculture of marine fish – Japanese amberjack, mackerel and sea bream – was carried out in enclosures in 1930. In the 1950s, cage culture was developed, leading to major gains in productivity. Today several dozen species are cultured all over Japan.

Over the years, studies have shown that men in Japan have lifetime cholesterol, blood pressure and type 2 diabetes rates similar to those for men in the United States, and they are far more likely to smoke. Yet the rate of heart disease among men living in Japan is less than half that of men living in the United States. Those Japanese men also tend to have less atherosclerosis – the artery-clogging plaque that leads to heart attacks and strokes. Why? The answers are all about seafood consumption.

A study by Dr. Akira Sekikawa and colleagues published in the Journal of the American College of Cardiology compared the health of men in Japan and the United States. It included 281 Japanese men living in Japan, an equal number of Japanese men living in the U.S., and 306 Caucasian men who lived in the U.S. All the men were in their 40s, and all underwent blood testing to determine serum levels of fatty acids, including omega-3s.

The study found the men in Japan, who ate small but regular servings of seafood in their normal diets, had twice the levels of omega-3 fatty acids in their blood as those of the white men and Japanese men living in the U.S. They also had less-severe degrees of atherosclerosis.

These findings lend support to the theory that omega-3s, which are found primarily in fatty fish like tuna, mackerel and salmon, protect against plaque build-up in the arteries. Omega-3 fatty acids come from fish oils, which contain docosahexaenoic acid (DHA), eicosapentaenoic acid (EPA) and plant sources. Alpha-linolenic acid (ALA), which is converted into omega-3 fatty acids in the body, is a plant-source omega-3 fatty acid.

Unfortunately, since the end of World War II, the Japanese diet has become increasingly Westernized. However, fish consumption in Japan is still among the highest in the world. People there eat an average of 85 g of fish every day. In the United States, the average American finds it difficult to manage the two weekly servings of fish recommended for heart health by the American Heart Association. Researchers have also said that the average 1-g daily omega-3 intake in Japan is about eight times higher than the amount the typical American gets.

Many studies in individuals with heart disease have shown a benefit from supplemental omega-3 fatty acids. Based on these studies, the American Heart Association recommends that people with heart disease take 1 g of EPA plus DHA daily. Nothing beats a healthy nutritious seafood meal, and now that sushi is the fastest-growing fast food, there are no excuses.

Because of their traditions, people in Japan are much more knowledgeable about seafood than those in the West. It is part of their daily diets, so they deal with seafood all the time. Generally speaking, the Japanese are focused on quality and food safety due to the fact they like to eat fish in the raw state.

A trip to the old Tsukiji Fish Market in Tokyo reflects this interest in seafood. It is easy to spend a day browsing through the myriad stalls, shops and sights of Tsukiji. The market tour has become a tourist favorite, and the retail market and restaurants that surround Tsukiji have done remarkably well as a result.

Enjoying a breakfast or lunch of sushi/sashimi is an essential part of the experience. The supply chain from the market is impressive, and as the product moves away from the market to the restaurants and supermarkets, you get a firm belief that the fish is in well-experienced hands. When the old market is replaced by a new facility, much of the old charm and mystique may be lost, but it may be easier to maintain advancing quality and food safety practices. 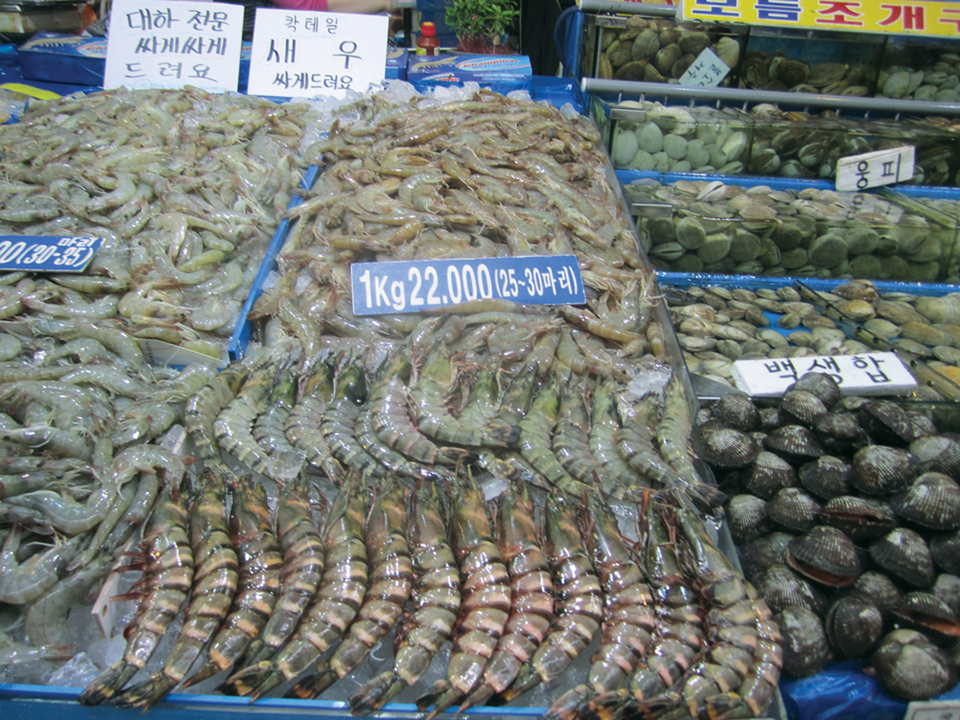 Korea has always had a love for seafood. Aquaculture is now playing an increasing role in supplying that seafood. High consumption of fish has been associated with a lower risk of metabolic syndrome in men, but not women. 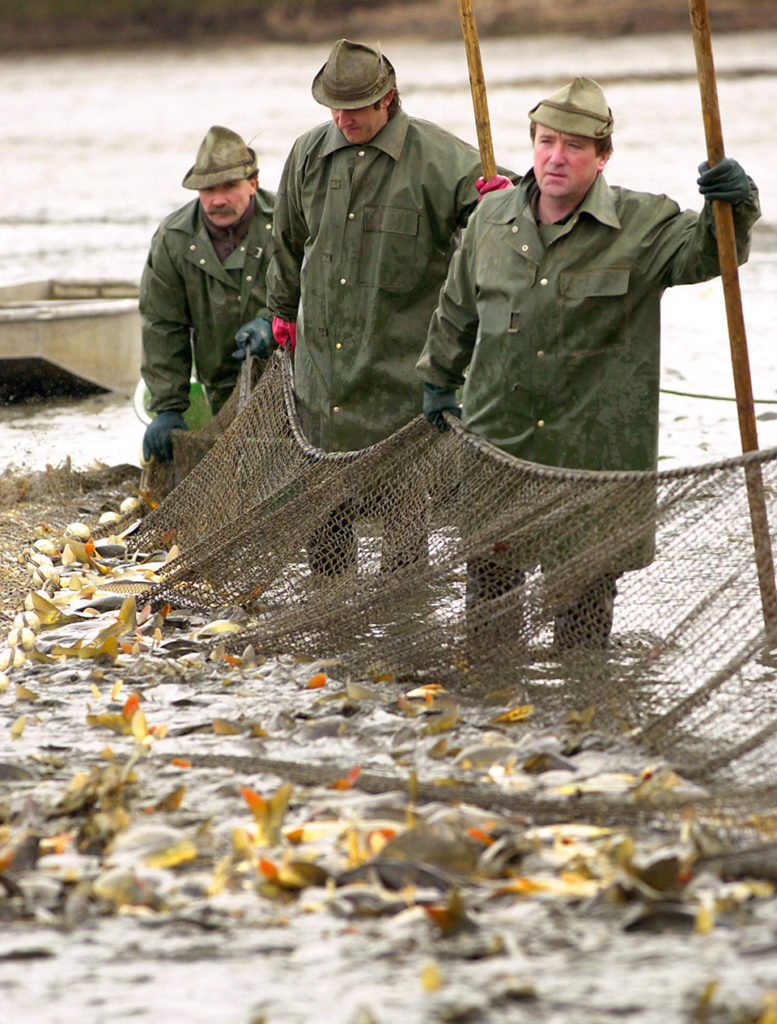 The Czech Republic is one of Europe’s largest fish producers and the world’s fourth-largest producer of freshwater ornamental and aquarium fish.