Rheumatoid arthritis (RA) is an autoimmune disease that mainly affects systemic joints. Without appropriate treatment, persistent polyarthritis (any type of arthritis involving five or more joints simultaneously) leads to joint deformity and functional disability in daily life. The precise cause and development of RA is unclear, but the contribution of both genetic and environmental factors has been suggested. Various environmental factors, such as periodontal bacteria and smoking, are reported to be associated with RA in several epidemiological or basic medical studies.

Dietary habits are important environmental factors which are associated with many diseases. However, the relationship between dietary habits and the pathogenesis or clinical course of RA has not been fully understood. In previous reports from Western countries, fish intake improves RA disease activity, whereas high consumption of fats and sugars worsens it. Consumption of omega-3 polyunsaturated fatty acids improves disease activity of RA and juvenile idiopathic arthritis, JIA (the most common type of arthritis in teens and kids), and a Mediterranean diet may decrease pain in joints in RA patients.

Dietary culture is much different in East Asian countries and Western countries. There has been an increasing interest in the Japanese diet, which is rich in fishes and vegetables. Epidemiological studies focusing on the Japanese diet have been difficult because of the vast variation in Japanese foods, and there have been few reports in Japan on the association of dietary habits with disease activity and the numbers of patients in those reports were small.

This article – adapted and summarized from the original – reports on a study to evaluate the relationship between dietary habits of RA patients and their disease activity.

(Editor’s note: This study has 18 co-authors (see tags below), but we only present the affiliation for the corresponding author, Dr. Kosaku Murakami.)

This study enrolled 441 RA patients who met the classification criteria from Kyoto University Rheumatoid Arthritis Management Alliance. It was based on a food frequency questionnaire (FFQ), which is useful for the detection of dietary habits. In this study, a 22-item FFQ was used to clarify the correlation between dietary habits and RA disease activity.

The food items included were meats, fishes, tofu (bean curd), egg, milk, vegetables, fruits, fried foods, cakes, juice, snacks, sweets, miso soup, Japanese-style pickles, ham, frozen foods, small fishes, canned tuna, squid, shellfishes, fish eggs and fish pastes. In the questionnaire, the patients selected a choice from the list of their intake frequency for each food: 1 = less than once a month, 2 = once to three times a month, 3 = once or twice a week, 4 = three or four times a week, 5 = five or six times a week, 6 = once a day, 7 = twice a day, 8 = three times a day. The answers were checked by clinical staffs.

For detailed information on patients and methods; clinical parameters; the food frequency questionnaire; and statistical analyses, refer to the original publication.

In this study, the dietary habits detected for 22-item food frequency questionnaires (FFQ) were collected from 441 RA patients, and their correlations with RA disease activity were statistically analyzed. This patient cohort was characterized by long disease duration, low disease activity and high frequency of disease-modifying anti-rheumatic drug (DMARD) use.

Data analysis showed that the 22 food items could be categorized into five dietary patterns, as follows: seafoods, vegetables/fruits, meats/fried foods, snacks, and processed foods. Using these factors, multivariate analysis adjusted for clinically significant confounders [variables that influence both the dependent variable and independent variable, causing a false association] showed negative correlation of “seafoods” and “vegetables/fruits” with disease activity markers, and indicated that high intake frequency of vegetables and/or seafoods was correlated with low disease activity.

Previous reports from Japan have reported that the intake of omega3-PUFAs, fish oil and monounsaturated fatty acids might be associated with low disease activity. The results of these reports are consistent with the findings of our study; it is also relevant that the number of patients in these reports were smaller than the numbers in our study.

Our study and results have strong points. First, the number of patients in our research was larger than that in previous reports, because the FFQs we used were more concise than other well-known FFQs. Second, the five dietary patterns were identified and the multivariate (simultaneous observation and analysis of more than one outcome variable) analysis we used with these patterns revealed the negative correlations of the “vegetables/fruits” or “seafoods” with disease activity. A negative correlation of “seafoods” with disease activity was not detected by the univariate (only one variable) analysis with the individual food items.

These results allow two possible interpretations. First, greater consumption of vegetables and/or seafoods decreases RA disease activity. In previous studies, the Mediterranean diet, which is rich in vegetables, alleviated arthralgia (joint pain) in RA patients. In epidemiological and basic studies PUFAs and their metabolites, which are rich in seafoods, decreased the severity of arthritis.

Also, protein may play a beneficial role in rheumatoid arthritis. Chronic inflammation of RA leads to sarcopenia (a gradual decline in muscle mass due to aging, leading to decreased functional capacity of muscles), which might be improved by the protein from seafoods. And disease activity might influence dietary habits; for example, a high disease activity of RA might decrease the capacity to cook meals, leading to diminished frequency of vegetable or seafood consumption.

Our study had limitations, including that it could determine the causality or rule out the possibility of unmeasured confounders, such as socioeconomic status. For example, the high use rate of biological DMARDs implies a high-income population, which might lead to small impacts of socioeconomic status on disease activity or dietary habits. Second, this study might be affected by recall bias and inaccurate remembrance of past dietary habits. 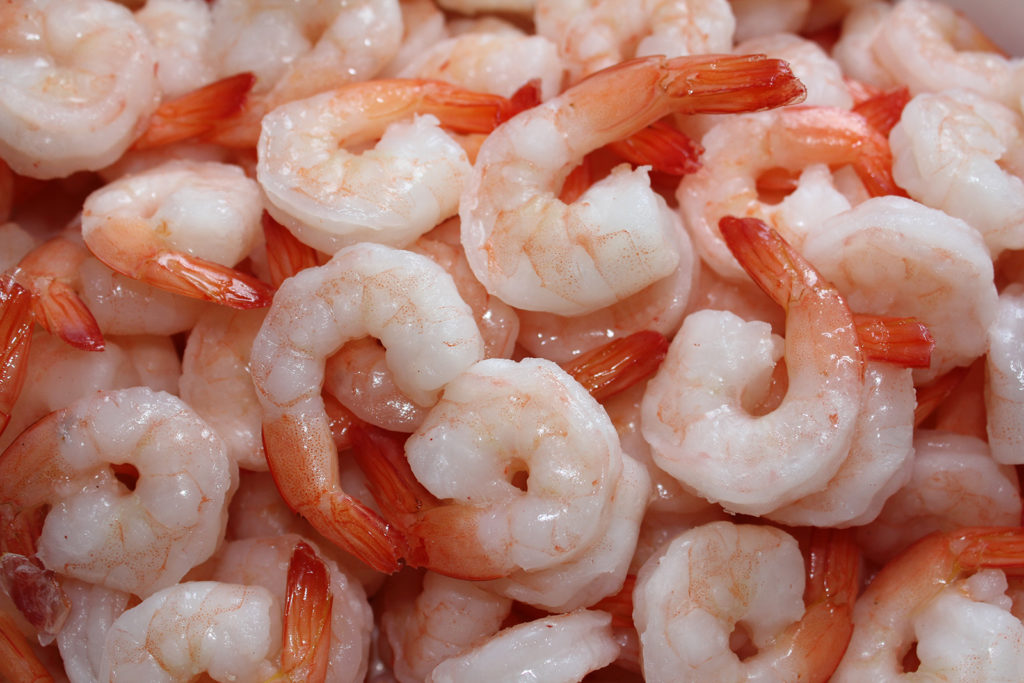 Aquaculture has a great story to tell. The industry creates healthful products with economic benefits and does so with increasing environmental stewardship. But that story needs better telling with credible, science-based facts and with transparency and responsibility. 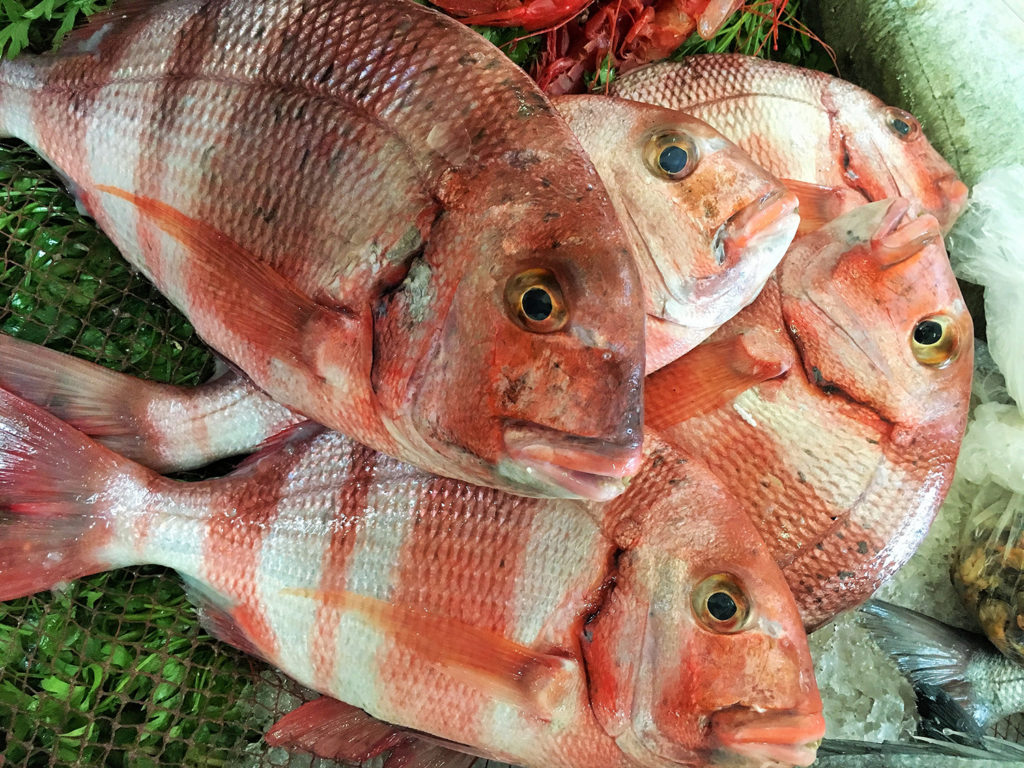 What clues does fish mucus hold in the fight against antimicrobial resistance?

As current antibiotics dwindle in effectiveness against multidrug-resistant pathogens, researchers are seeking potential replacements in some unlikely places. 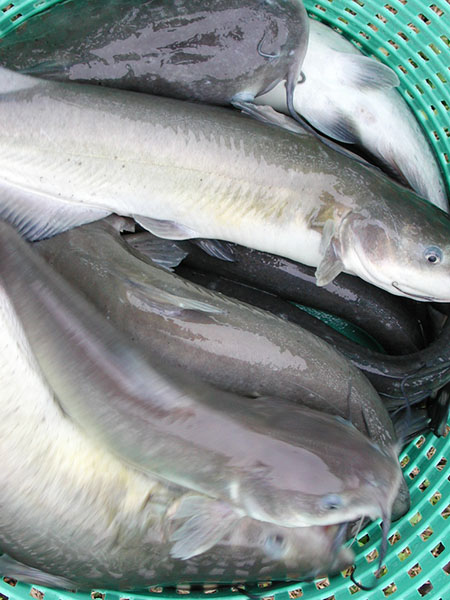