Phytogenics comprise a relatively young class of feed additives that are gaining interest within the aquaculture industry. The plant-derived products are added to feed to improve animal performance. These active phenolic and flavonoid ingredients can exert multiple effects, including improvement of feeding efficiency and digestion, reduction of nitrogen excretion and improvement of gut flora and health status.

Many mechanisms have been proposed for the beneficial actions of plant extracts in different species. These range from direct reduction in gut bacteria, to stimulation of growth and acid production by beneficial species such as Lactobacillus, to the enhancement of specific elements of both humeral and cell-mediated arms of the immune system.

Phytogenic feed additives are an extremely heterogeneous group of feed additives that originate from leaves, roots, tubers or fruits of herbs, spices or other plants. They are available in solid, dried or ground forms, or as extracts or essential oils.

Within phytogenic feed additives, the content of active substances in products can vary widely depending upon the plant part used (e.g., seeds, leaf, root, bark), harvesting season and geographical origin. Phytogenics can have antioxidative and/or antimicrobial activity. Additionally, some phytogenics are used to increase the digestibility of diets, which can also lead to higher growth rates in animals.

The plant family of Labiatae has received the most phytogenic interest, with thyme, oregano and sage the most popular representatives. Research on the antimicrobial activity of essential oils demonstrated their inhibition effects on the bacteria Vibrio harveyi, Vibrio parahaemolyticus, Streptococcus agalactiae, Aeromonas hydrophila and Aeromonas salmonicida.

Higher inhibitory capacity has been observed in the oils with higher percentages of the phenolic components carvacrol and thymol in comparison with oils containing monoterpenic alcohol linalool. These phenolic compounds are powerful antimicrobial agents due to their toxic effects on bacterial cell walls. The antimicrobial mode of action is considered to arise mainly from the potential of hydrophobic essential oils to penetrate the bacterial cell membranes, disintegrate membrane structures and cause ion leakage.

Many essential oils components are generally recognized as safe and have been used for many years in the food, cosmetic and pharmaceutical industries. Among the herbs and spices used in animal nutrition, oregano is probably used most frequently, as it is rich in carvacrol and thymol, which are known to have strong antibacterial and antioxidative properties and described as acting synergistically.

In animal nutrition, phytogenics are an interesting category of feed additives due to their different effects. Most studies on the application of essential oils have been conducted with swine and poultry. However, there is increased evidence that the application of phytogenics can also be beneficial for some aquaculture species, such as fish and shrimp.

A series of trials conducted with the phytogenic product Biomin PEP-MGE have shown the positive effects of essential oils in pangasius, channel catfish, red tilapia, sea bream and white shrimp.

At the University of Algarve in Portugal, work with European sea bream found improvement in feed efficiency was related to the upregulation of digestive enzymes such as pepsin and alkaline phosphatase, and a reduction of metabolic nitrogen losses, which resulted in higher protein retention (Fig. 1). Changes in protein retention and reduction of fat deposition were also observed for channel catfish.


Table 1. Effects of an essential oils-based product on the growth performance of channel catfish after a 12-week trial.


Trials conducted at the Aquaculture Centre of Applied Nutrition in Bangkok, Thailand, showed that when included in commercial feeds for pangasius and tilapia at levels of 150-200 g/metric ton (MT), fish showed increased growth rates and 5 to 12 percent better feed conversion.

The positive effects of application of phytogenics in aquafeeds were also confirmed in field trials with Pangasius in Vietnam. When the phytogenic product was included in a commercial feed at 150 g/MT and fed during the entire production cycle, fish fed the supplemented feed had a 5.10 percent higher specific growth rate and 6.73 percent lower feed-conversion ratio (FCR) (Figs. 2 and 3).

Fish fed the diet containing the phytogenic also showed better fillet color, with 28.6 percent white fillets, while those fed the control diet had pink and yellow fillets. This improved feed utilization and growth performance ultimately resulted in increased profits and economic benefits for the farmer.

In shrimp, a recent study at the Pearl River Institute in Guangdong, China, observed that the application of the phytogenic product in shrimp feed at a dosage of 200 g/MT feed resulted in higher growth, lower FCR and improved disease resistance during a challenge with Vibrio parahaemolyticus.

Results showed that shrimp fed the phytogenic product had a half-lethal time (LT50) of 114 hours, while in the control group, the LT50 was just 10 hours (Fig. 4). LT50 is the time in which 50 percent of the animals in a group die after exposure to a particular dosage of pathogen. Analyses of immune parameters hemocytes and granulocytes revealed no significant difference between shrimp fed the control diet and those fed the phytogenic product.

Similar improvements in survival were reported in a study where channel catfish that received phytogenic-supplemented feed for six weeks were challenged with E. ictaluri. The 69.5 percent survival rate in fish fed the essential oils was significantly higher then the 48.4 percent survival in the control (P < 0.05).

Plasma and liver analyses of mannose-binding lectin (MBL) and rhamnose-binding lectin 1 (RBL1) showed higher levels of these components in the fish fed essential oils, suggesting the mechanism through which essential oils improve survival in channel catfish may involve the BML and RBL1 binding to the carbohydrate moieties on the surface of E. ictaluri, leading to bacterial mortality (Peterson et al., 2013).

Thus, there is increased evidence that essential oils can have positive effects on aquaculture species – not only by promoting growth and improved feed efficiency, but also by acting as prophylactic agents to control certain major bacterial diseases.

Sustainable aquaculture development requires the use of safe and effective solutions to tackle the challenges of the industry. There is increased evidence that natural products like essential oils can have beneficial applications in aquaculture, including improvements in feed utilization and growth, and possibly as prophylactic and therapeutic agents to control various bacterial and fungal diseases.

Editor’s Note: Cited references are available from the author. 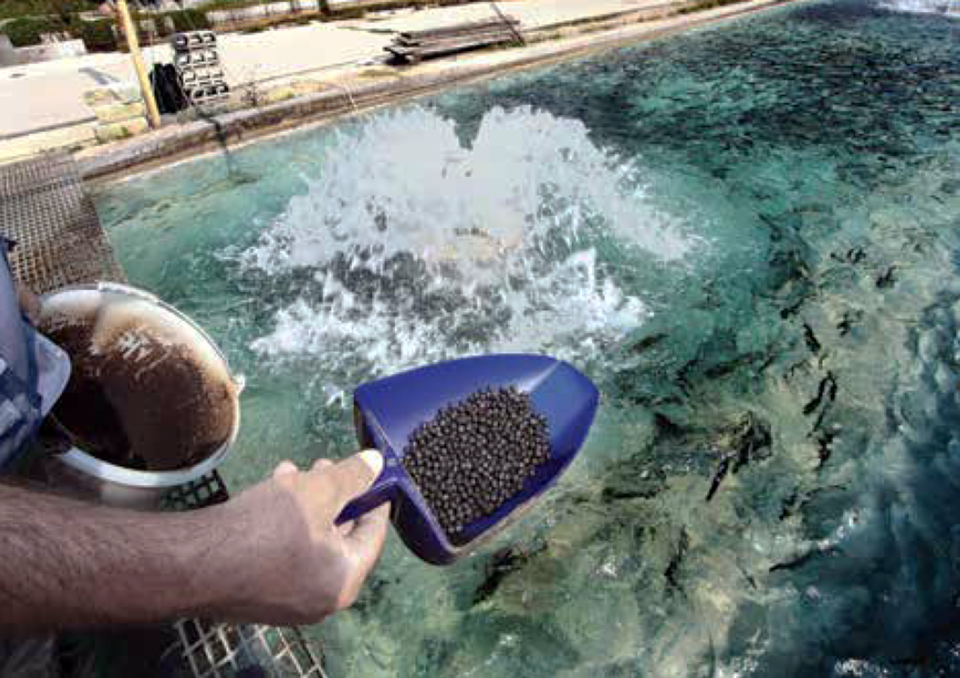 Phytogenics, which include a variety of herbs, spices and essential oils, can be applied through different strategies in aquaculture to improve feed efficiency, growth performance and disease resistance.