Aquaculture is a rapidly expanding industry worldwide, and the demand for high-protein ingredients as alternative sources for high-quality fishmeal will expand 200 to 300 percent if the optimistic projection for growth over the next 25 years comes true. Besides obvious economic incentives for replacing fishmeal, significant pressure to improve the environmental sustainability of aquaculture also has had an impact on feed formulation practices in recent years. Reducing fishmeal levels is seen as environmentally responsible by a large segment of the population.

Alternative sources for diets for aquaculture species include byproducts produced by the inedible rendering industry, such as poultry meal, blood meal, meat and bone meal, hydrolyzed feathers, and many others. Rendered animal proteins are especially valuable in the context of fishmeal replacement.

Formulating feeds with low fishmeal content requires the use of combinations of economical ingredients, since many feedstuffs have significant limitations and cannot be used individually at very high levels in the diets of most fish species. Rendered proteins are, consequently, very valuable for the formulation of cost-effective, low-fishmeal aquaculture feeds.

In the past, the use of rendered animal byproducts has been limited by concerns about their poor digestibility and variable quality. A large number of studies have shown that the quality of these ingredients has considerably improved over the past two or three decades.

In addition, animal proteins are generally more palatable to most aquatic species than plant protein ingredients. They are also good sources of several nutrients that are abundant in fishmeal: arachidonic acid, taurine, and hydroxyproline. Rendered products could also be cost-effective sources of cholesterol for fish and shrimp diets (Table 2). Small peptides play numerous roles in the biology of aquatic species. Hydrolyzed, rendered proteins offer opportunities in the currently hot area of bioactive peptides. Numerous researchers have discovered that when certain proteins are hydrolyzed in just the right way, the products include one of these small peptides that have powerful physiological effects.

Recently, the research group of Chen, a member of the Animal Co-Products Research and Education Center funded by the Fats and Proteins Research Foundation, has attempted to produce bioactive peptides from rendered protein such as collagen. In the preliminary research, some bioactive peptides have been screened and identified using various chromatographic techniques and confirmed with in vitro antioxidant bioassays. The data suggest that one of these peptides could compete as a natural alternative to the popular synthetic antioxidants butylated hydroxyanisole (BHA) and butylated hydroxytoluene (BHT) used widely in the aquaculture feed manufacturing industry.

Perceived food safety issues, as well as import and export restrictions, are the major factors that limit the use of animal byproducts in aquaculture feeds today. Nonetheless, rendered animal proteins and fats are integral components of cost-effective aquaculture feeds in many countries. These ingredients will very likely play an increasing role as fishmeal levels in aquaculture feeds are further reduced. 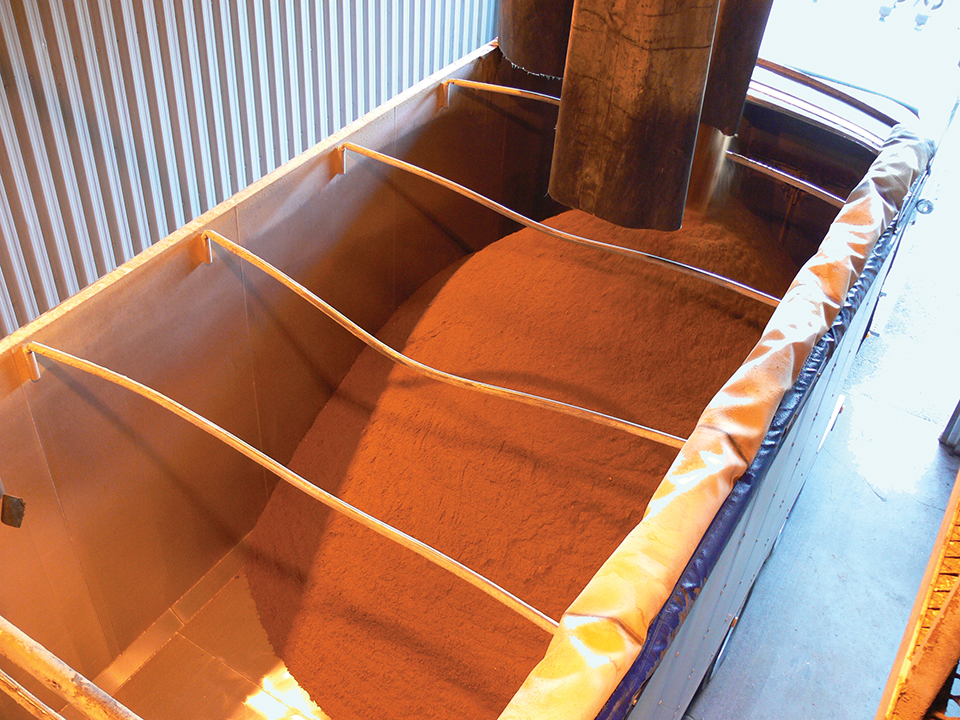