Aquaculture is expanding rapidly throughout the world. The driving forces for this expansion include the need for additional food resources and the recognition of marine oils and other products as healthy substitutes for other traditional products. New potential aquatic species are being studied and cultured each year, creating a need for specialized feed formulas and feed ingredients. However, one of the major challenges faced by the aquaculture industry worldwide is sourcing alternative proteins and oils for aquaculture feeds.

Because many aquatic species require rations high in protein, a wide variety of animal and marine meals of very similar appearance are used. Of all the ingredients used in the manufacturing of aquaculture feeds, fishmeal is typically considered the most critical, as it is required in certain quantities for the health and performance of many species.

Much research to develop substitutes for fishmeal and fish oil is now focused on commodity animal by-products such as poultry meal, blood meal, meat and bone meal; oilseeds, especially soybeans; and microbial proteins.

While the fishmeal content of some feeds has been reduced considerably, the complete replacement of fishmeal and fish oil in aquaculture feeds faces challenges. In particular for carnivorous species, vegetable proteins seem to have inappropriate amino acid balance and poor protein digestibility, although the inclusion of animal by-products can help overcome this problem. On the other hand, species that feed at a lower trophic level or that are omnivores can be fed a prepared feed that includes a high percentage of plant proteins.

A useful way to evaluate a protein is to consider its biological value – not only how rich it is in essential amino acids, but also how well it can be digested by the target species. However, dietary anti-nutritional factors have been reported to adversely affect the digestibility of protein, bioavailability of amino acids and protein quality of several ingredients widely used for the manufacturing of aquaculture feeds.

Among the anti-nutritional compounds are protease inhibitors, hemagglutinins, saponins, polyphenolic compounds, phytic and oxalic acids, glucosinolates and gossypol. Other organic compounds include substances that inactivate or increase the requirement of certain vitamins, alkaloids and cyanogens.

In order to inactivate or reduce the anti-nutritional substances, various processing methods have been used, such as dry heating, extrusion or boiling in water and other solvents. However, none of these methods is able to completely remove all the detected anti-nutrients present in most of the feed materials currently used. Gamma irradiation treatment presents a possible alternative and additional processing technique for reducing anti-nutrients and improving the nutritive quality of many ingredients.

Irradiation is a technology that enhances food safety, quality and commerce (Table 1). It is the process in which food is exposed to gamma rays from a radioactive source such as cobalt. These gamma rays can penetrate ingredients, feed and its packaging. Sometimes, it is referred to as “cold pasteurization,” as it does not increase the temperature of the treated material.

Gamma irradiation at doses of 30 to 45 kGy can increase the crude protein digestibility of meat and bone meal (MBM) by 13 to 15 percent. In addition, the results obtained in experiments carried out to study the effects of different doses of gamma irradiation on nutritive components and chemical aspects affecting the quality of MBM showed that gamma doses of 5 to 20 kGy had no effect on the total acidity values, but increased the values of lipid oxidation and total volatile basic nitrogen.

Whether fat content affects irradiation-induced oxidative changes is unclear. MBM contains less than 2 percent of the polyunsaturated fatty acids such as linoleic acid and linolenic acid, and studies revealed no significant change in the levels of trans-fatty acids as the irradiation dose increased. However, peroxidation of lard and tallow can be greatly increased with minimum exposure to gamma irradiation.

Ongoing research is investigating the effects of radiation processing on poultry meals, with emphasis placed on the availability of certain amino acids, particularly lysine. Preliminary results indicated that gamma irradiation can induce minor effects on the chemical compositions of the meals. Radiation treatment at a dose level of 5 kGy caused no loss in available lysine, while the contents of peptides increased with increases of the irradiation dose.

The utilization and digestibility of proteins and carbohydrates are improved with the use of radiation by converting the feed components into easily digestible forms. Gamma irradiation also offers potential for improvement of the nutritional values of numerous feed ingredients.

The use of radiation at up to 50 kGy can improve the microbiological quality of rendered meals, thus eliminating the risk of feedborne diseases. However, changes in the physicochemical properties of animal by-products can be noteworthy due to gamma irradiation.

Additional research is needed to scrutinize the interactions between protein partitioning and production of key molecules present in animal by-products, which will improve the production of novel feeds. 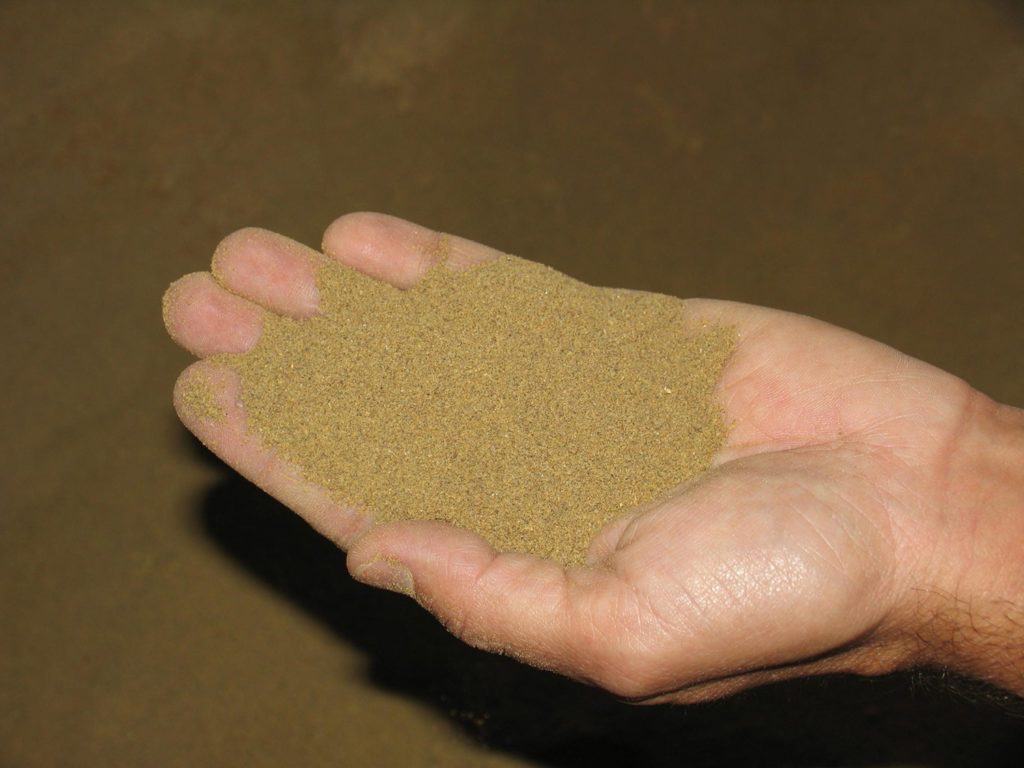