Three-spot tilapia (Oreochromis andersonii) and catfish (Clarias gariepinus) are some of the fish species farmers raise in ponds and reservoirs in northern Namibia for self-consumption or local sales. Despite the considerable potential for tilapia culture in the country, the expansion of fish farming faces roadblocks due partially to the lack of locally produced, high-quality feed to supplement natural food sources in semi-intensive and intensive culture.

Several projects have been set up in Namibia with the aim of developing aquaculture. With assistance from the Spanish government, Namibia’s government initiated a project to improve food security and alleviate poverty through the development of freshwater aquaculture among the rural areas. These projects included the Onavivi Inland Aquaculture Centre (OIAC), which was established in 2003. Located in the Omusati region, OIAC is a government facility involved in fish breeding, fingerling distribution, research and training.

Since the onset of OIAC programs, considerable improvements have been realized in identifying the potential and willingness of local people to engage in fish culture in Namibia.

Despite all the efforts made, fish yields from local farms remained low due to the scarcity and high cost of artificial fish feed imported from South Africa. Feed represented more than 70 percent of production costs.

Against this background, the two governments decided to set up a fish feed factory at OIAC. The first feed plant in Namibia was constructed from August 2008 to February 2009 and inaugurated in March 2009.

Since extensive and semi-intensive methods for tilapia and catfish culture are becoming more popular in Namibia, particularly in the north and northwest regions of the country, practical and economical diets need to be formulated using local ingredients such as maize, mahangu (pearl millet), wheat bran and fishmeal, to mention a few. The inclusion of these ingredients not only promotes fish growth, but can also boost commercial trade and provide an additional source of employment and income for small-scale land farmers.

To produce appropriate feed formulas, different artificial diets for both semi-intensive and intensive culture using local ingredients were formulated at OIAC and contrasted with the commercial South African diet.

Potential ingredient suppliers were identified and visited to determine the availability of local raw ingredients. Three diets with 15, 20 or 25 percent crude protein were formulated for semi-intensive culture from local ingredients and compared to a commercial control diet with 25 percent protein.

Ingredients were measured and mixed to form dough that was passed through a pellet machine. The strands of dough were collected in a tray, dried and broken into appropriate sizes to feed the fish. It is important to note that the diets were produced before the installation of the fish feed machinery.

Pellets of different sizes were packed in separate bags. Powdered particles were used for newly hatched fry, while 2-mm pellets fed fingerlings and 4-mm pellets were given during grow-out. Data on the composition and inclusion levels of the experimental semi-intensive, grower and starter feeds for tilapia culture are available from the first author.

The experiment was carried out in eight, 9-m3 fixed cages submerged in a pond from September 1 to November 31, 2008. The square cages were constructed of polyvinyl chloride (PVC) tubes to which netting with 25-mm mesh size was sewed. Three-spot tilapia fingerlings of mixed sex and mean individual weight of 6.00 ± 0.25 grams were provided by the OIAC and stocked at 300 fish/cage. Initially, fish were fed at 5 percent body weight. Based on a feeding chart, the feeding rate was adjusted to 4 percent after a month. Fish were fed by hand twice daily during the experiment. Selected water quality parameters were monitored.

The average daily temperatures over the study ranged 19.8 to 28.0 degrees-C, while pH averaged 7.6. These parameters were within the optimal range and did not negatively affect fish growth. Water was exchanged in the pond to provide enough dissolved oxygen and maintain water quality. To obtain fish growth data and adjust feed rations, about 60 fish were randomly sampled and weighed monthly from each experimental cage.

Fish given the local OIAC diet with 25 percent crude protein had the highest average final weight of 20.13 grams. The high weight gain could be related to the high inclusion of easily digestible fishmeal as compared to the rest of the diets (see Table 2). Specific growth rate and weight gain for the fish were also best in the 25 percent protein diet treatment using local ingredients.

The local diets with 15 and 20 percent protein yielded very close average final fish weights of 18.60 and 18.61 grams, which was much higher than that for the control diet group (Fig. 1, Table 1). The lower growth of the control fish might be attributed to the fact that there was little fishmeal in the feed, and soybean was the main source of protein. The digestibility of plant proteins is much lower when compared to protein from animal origins.

Data on production costs are available from the first author.

Most of the energy sources available in Namibia have less that 20 percent crude protein. Although fishmeal is available, its cost is high compared to that of other feed ingredients. Identifying more local ingredients with high protein content that can be used to substitute for fishmeal could further reduce the cost of feed.

The study indicated that a diet with 15 percent protein showed the most potential for farming systems with low stocking densities between 2 and 3 fish per square meter and where water exchange and/or complete pond draining are not possible – conditions experienced by most Namibia fish farmers in their culture of tilapia.

On the other hand, it is recommended that the 25 percent protein diet be used in managed semi-intensive culture systems with high stocking densities of 4 to 8 fish per square meter, constant water exchange, controlled feeding and pond draining.

It is important to note that two diets were formulated for the intensive and semi-intensive culture of both tilapia and catfish at OIAC. A diet with 30 percent crude protein will be used for broodstock and nursing of fingerlings, while a 38 percent protein diet will be used for hatchery fry. 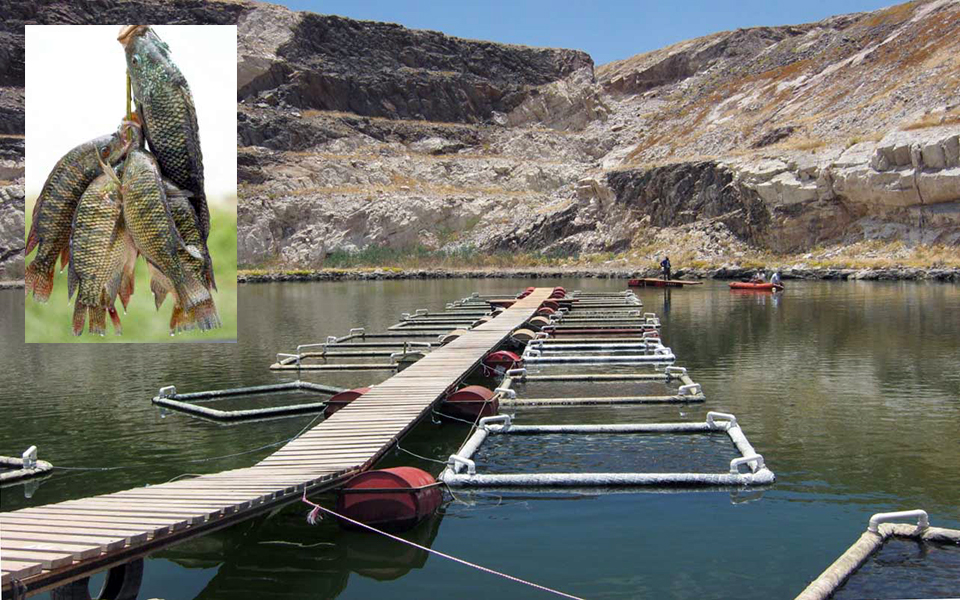 A farm project in Namibia established at a lake formed by an old tin mine incorporates a hatchery facility and grow-out cages to raise tilapia. It utilizes an existing water resource to improve food security and ensures the participation of disadvantaged local communities. 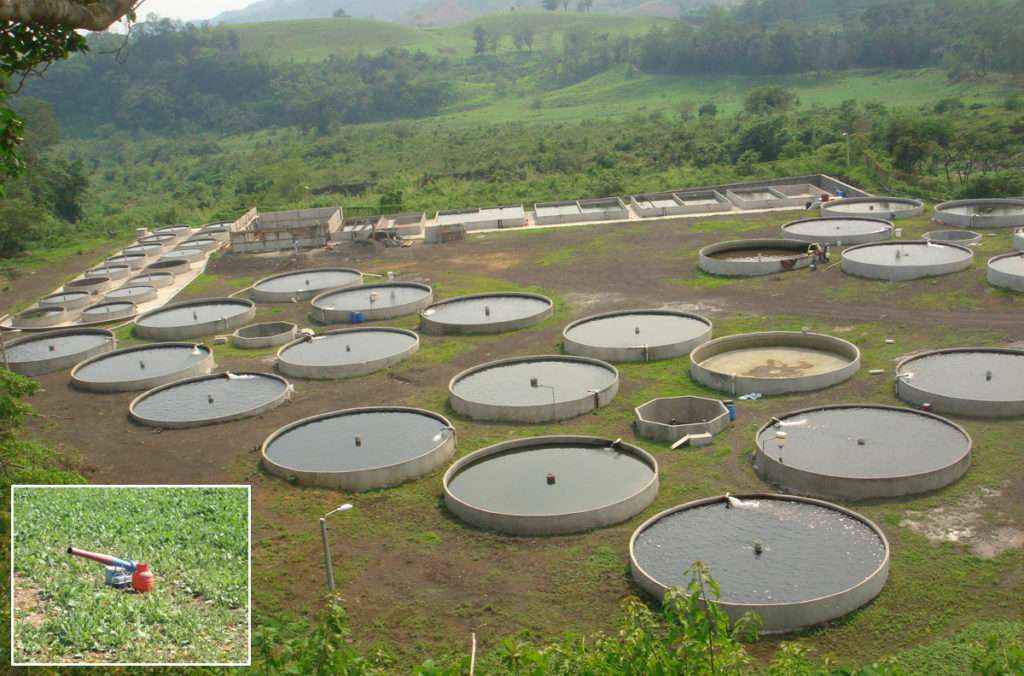