Aquaculturists sometimes are confronted with the toxicity of natural or man-made substances to fish, shrimp, or other culture species. Naturally occurring toxicity can result from low dissolved-oxygen concentrations and high concentrations of ammonia, carbon dioxide, nitrite, or hydrogen sulfide. Toxicity also can result from contamination of culture systems by pesticides, heavy metals, or industrial chemicals.

The potential toxicity of chemical substances often is presented as their LC50. LC50 is the concentration of a substance that is lethal to 50 percent of the organisms in a toxicity test. LC50 can be determined for any exposure time, but the most common exposure period is 96 hours. Other common durations are 24, 48, and 72 hours.

Toxicity tests usually are conducted in glass containers that hold 1 liter or more of toxicant-treated water and several individuals of the test species. Typical tests use a range of toxicant concentrations and a control with no toxicant.

In static tests, water exchange is not used and wastes may accumulate. Moreover, the concentration of the toxicant can decline through absorption by the test animals, or chemical or biological degradation. Thus, flow-through tests (Fig. 2) in which the treated water is continuously renewed to rid the system of wastes and maintain a constant toxicant concentration are more reliable.

Specific guidelines for conducting toxicity tests include procedures for the acclimation of test organisms and limits on organism size and weight per volume of water, temperature range, light intensity, and other factors. Mortality must be checked frequently with dead test organisms removed promptly. Standard Methods for the Examination of Water and Wastewater, published by the American Public Health Association, is an excellent reference on toxicity testing.

There can be great variation in LC50 among toxicity tests conducted in different laboratories. This results from differences in water quality in the test containers, temperature, species and source of test organisms, and other factors.

For example, the toxicity of most substances increases with increasing temperature. Water quality variables such as pH and total alkalinity also can have large effects on toxicity. Copper and most other metals are much less toxic at total alkalinities of 100 milligrams per liter or greater than at lower alkalinities. The concentration of total ammonia nitrogen necessary to kill 50 percent of test organisms is greater at a pH of 7 or below than at higher pH.

In evaluating the cause of mortality in aquaculture animals, one may find in scientific literature a range of LC50 values for a particular toxicant. The LC50 value most appropriate for reference is the one obtained in a toxicity test in which conditions were similar to those of the aquaculture system at the time of mortality.

In aquaculture, the concentration of potential toxicants should be below that which causes mortality or adverse effects on growth and reproduction. This information is directly available from toxicity tests with a duration equal to the entire life cycle of the test species.

The safe concentration of a toxicant is called the maximum allowable toxicant concentration or MATC. There is much less life cycle toxicity data available than 96-hour LC50 data. However, it is possible to relate a 96-hour LC50 to the MATC by an application factor by applying the formula in Fig. 4.

Of course, toxicity might occur at concentrations of NH3 below 1.2 milligrams per liter, for that value represents the concentration necessary to kill half of the test organisms. A much lower concentration could be expected to cause incipient mortality (Fig. 3). 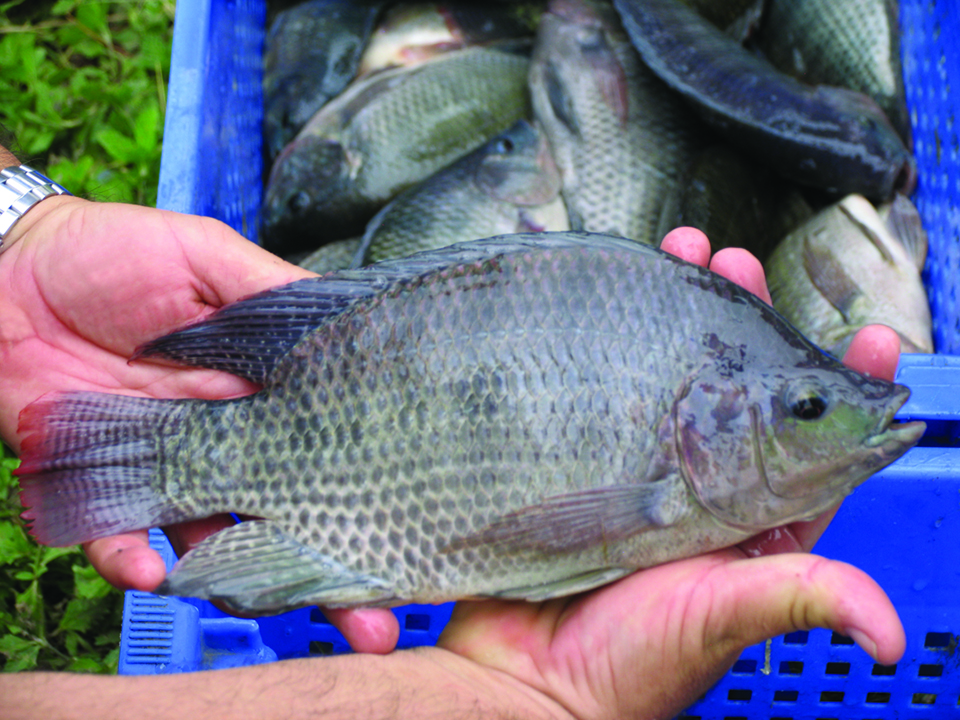 The absence of practical immediate-release sedatives for fish jeopardizes fish, fisheries, fish culture and research, posing risks to aquatic resources as well as those handling fish.