Cobia (Rachycentron canadum) is a warmwater, carnivorous marine finfish, and the only member of the Rachycentridae family. This species is widely known for its favorable aquaculture characteristics, particularly its rapid growth, as reportedly cobia are capable of growing 4 to 8 kg in a year, a staggering feat in comparison with the growth rates of other marine finfish not able to reach weights of 4 kg in 1.5 years or more.

Cobia flesh is highly valued and consumers’ appreciation is reflected in high market prices. Cobia are raised throughout the world, but most of the 41,774 metric tons reared annually originates in Asia, especially China, Taiwan and Vietnam.

Cobia research has benefitted from strong interest in the species and the absence of closely related fish that would have likely resulted in a more diffuse literature. For those interested in fish of the Rachycentridae family, there is only cobia to consider, whereas those interested in the Carangidae family (jacks and pompanos) could work with one or more of the 146 distinct species in 30 genera comprising this family, several of which already are intensively cultured throughout the world.

Consequently, the available cobia aquaculture literature is somewhat deeper than those for other marine species, but it is still not as developed as would normally be considered adequate to support a mature industry. Despite considerable research effort focused on understanding their nutritional demands, the development of industrially compounded aquafeeds specifically formulated to fully satisfy the nutritional demands of cobia lags behind that for other commercially farmed fish species like barramundi and others.

Commercial production of cobia often still relies on the use of natural forage/trash fish as feed inputs because existing aquafeed formulations are deemed inadequate, unaffordable, or both. The availability of a cost-effective grow-out feed formulation is an ongoing bottleneck for the expansion of cobia aquaculture. To help address this constraint and facilitate technology transfer to feed manufacturers interested in developing specific formulations for cobia, here we summarize the findings of several lipid nutrition projects conducted by researchers at Southern Illinois University-Carbondale (USA) in collaboration with the Virginia Seafood Agricultural Research and Extension Center (Hampton, Va., USA).

There have been numerous studies conducted to assess specific nutrient requirements, evaluate feed ingredients, and development nutritional models for cobia. In brief, cobia are carnivores requiring a nutrient-dense diet. Most often, this takes the form of elevated dietary protein and lipid. It has been reported that juvenile cobia demand 5-15 percent lipid and 45-48 percent protein, though the species seems to preferentially use protein as an energy source. Thus, there is relatively little scope for lipid-based protein sparing in this species, and surplus dietary lipid (> 15 percent) has been associated with reduced fish performance.

Regardless, commercially available feeds still tend to contain more lipid content than might otherwise be advisable for cobia. Not only can this affect growth performance, but it may also have consequences that affect marketability and pricing: given that most cobia are consumed as sashimi, changes in fillet composition, texture, flavor, etc., associated with excessive lipid intake may reduce consumer acceptability and product value.

Fish oil is a uniquely valuable ingredient in fish nutrition, serving as a source of digestible energy as well as essential fatty acids, such as long-chain polyunsaturated fatty acids (LC-PUFAs). Finite annual supplies and rising prices have long motivated nutritionists and feed manufacturers to spare or replace fish oil with alternative lipid sources. Although there are many competitively priced fats and oils available, their fatty acid composition differs from that of fish oil. Most notably, LC-PUFAs are absent or found only in trace levels in most alternatives.

The good news is that fish oil sparing or replacement typically does not affect fish survival, growth, or health, assuming the diet provides adequate levels of essential fatty acids. This was demonstrated in cobia fed standard, partially, or fully hydrogenated soybean oil; pork lard; or beef tallow in lieu of fish oil: As the diets containing some fish and algae meal to satisfy LC-PUFA demand, growth and feed conversion ratios were not compromised.

When such accommodations for LC-PUFA demand are not made, fish oil sparing can impair growth. Whereas up to 67 percent of fish oil could be spared with standard soybean oil without affecting cobia performance (see Fig. 1), complete replacement without algal supplementation resulted in poor performance. The context in which LC-PUFAs are provided may also matter, as LC-PUFAs presented in the form of phospholipids (marine-origin lecithin) seem to be beneficial in cobia nutrition, especially in reduced-fishmeal diets, whereas terrestrial-origin phospholipid (soy lecithin) supplementation yielded limited benefits.

Although the effect of dietary lipids on tissue composition is well-established in fish, it is becoming clearer that the fatty acid composition of the alternative lipid source used can influence the magnitude of fillet profile distortion. Alternatives rich in saturated fatty acids (SFA) and monounsaturated fatty acids (MUFAs) appear to have less of an effect of fillet composition than fats and oils rich in C18 PUFA. This LC-PUFA “sparing” effect was confirmed in cobia, which exhibited fillet fatty acid profiles much more similar to that of fish fed fish oil-based feeds when fed diets rich in SFAs and MUFAs and low in C18 PUFAs (see Fig. 3). It appears that feeding SFA and MUFA-rich alternative lipids to cobia may also reduce the need for fish oil-based finishing diets intended to increase fillet LC-PUFA content prior to harvest.

The omega-3 and omega-6 C18 PUFAs, 18:2 omega -6 (linoleic acid) and 18:3 omega-3 (linolenic acid), are considered essential for all vertebrates. However, this essentiality is directly linked to their roles as substrates for the synthesis of the physiologically important omega-3 and omega-6 LC-PUFAs, including 20:4n-6 (arachidonic acid, ARA), 20:5n-3, and 22:6 omega-3.

Some fish are able to biotransform C18 PUFA precursors into the physiologically necessary LC-PUFAs, but others – including many marine carnivorous fish– are unable to synthesize appreciable amounts of LC-PUFAs. Thus, these fish must consume the necessary LC-PUFAs in the diet. Although cobia exhibit some ability in LC-PUFA synthesis, it is not enough to satisfy their physiological demands and they must consume required LC-PUFAs directly. There are evidences that within the valuable LC-PUFAs some of them might be more physiologically relevant than others. In a following study, we supported this hypothesis suggesting DHA as essential and EPA as largely expandable in cobia feeds.

Given what had been previously observed regarding the LC-PUFA sparing effect of SFA- and MUFA-rich alternative lipids, we hypothesized that these diets might also facilitate meeting nutritional requirements for LC-PUFAs with lower dietary inclusions.

On the other hand, the use of C18 PUFA-rich, standard soybean oil was largely constrained by the dietary availability of LC-PUFAs, in most cases requiring LC-PUFA supplementation. Although additional research is needed to validate the apparent effect of SFA-rich diets on LC-PUFA requirements in cobia and other fish, the evidence available to-date suggests that LC-PUFA requirements are somewhat more plastic than originally presumed and can be influenced by dietary fatty acid composition (e.g., dietary SFA content).

Based on our results presented here, the development of a reduced fish oil content or fish oil-free manufactured aquafeed for cobia is possible. Cobia accept a variety of lipid sources, and as long as DHA is provided at 0.8-1.2 percent in diets containing 10 percent lipid, growth performance should not be impaired.

Although DHA is apparently the most critical driver of omega-3 LC-PUFA essentiality in cobia, EPA is still physiologically important and should not be overlooked entirely. In this same sense, the omega-6 LC-PUFA essentiality should not be dismissed as ARA also quite relevant physiologically, even though it is required in minor amounts. Special attention towards the origin of nutrients is recommended, as marine phospholipids seem to be better utilized by cobia, whereas soybean phospholipids exhibit limited success.

Further, the fatty acid composition of the alternative lipid matters in terms of supporting growth and effects on fillet fatty acid profile, with SFA- and MUFA-rich lipid sources being more advantageous in the context of: (1) minimizing the loss of LC-PUFA tissue deposition during grow-out, (2) enhancing the bioavailability of DHA compared to SFA-reduced diets, (3) reducing the need for aggressive finishing diets strategies, (4) not impairing growth performance, (5) reducing the feed price given the more competitive price of these alternative lipids, and (6) this approach is less likely to have digestibility issues due to tropical culture conditions. Applied research involving longer-term trials mimicking commercial cobia culture conditions are recommended to further validate these findings. 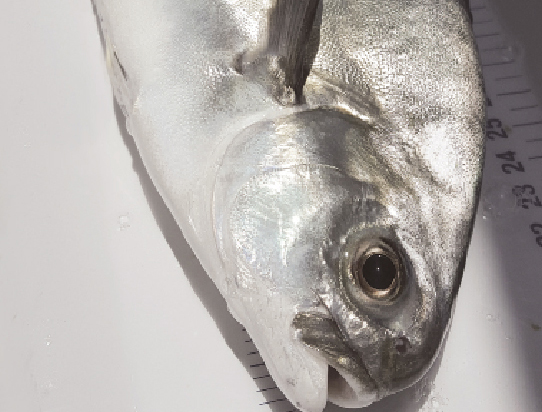