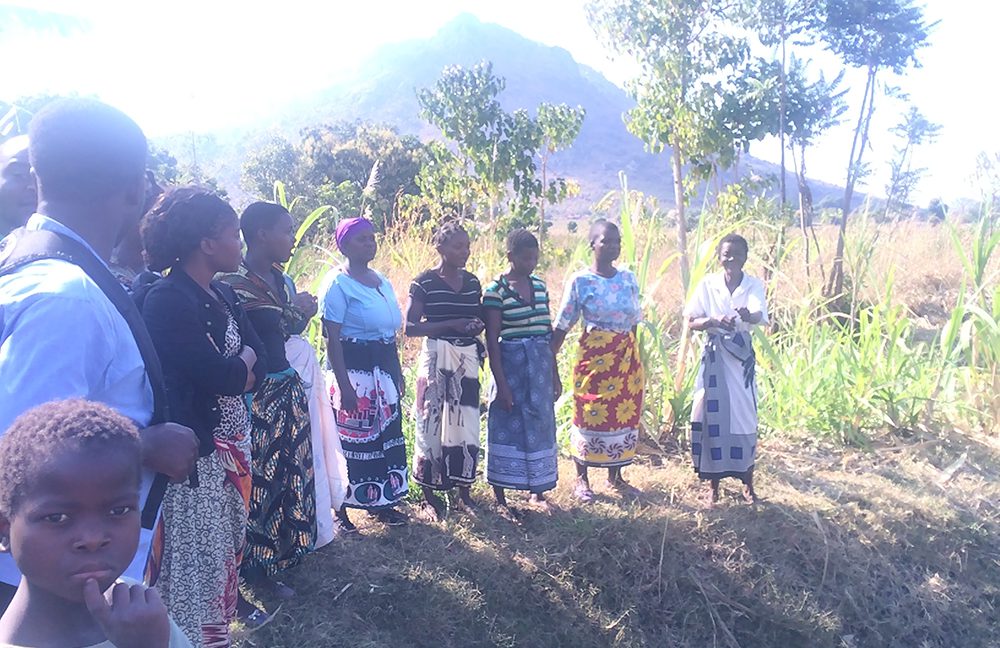 Celebration: A group of women fish farmers clap and sing in preparation of their community’s fish pond being harvested. The community is located in a rural area in the Southern District of Zomba, Malawi. Here, the fish pond was set up by the community without outsider assistance — a form of aquaculture adoption known as emergent aquaculture. Both men and women from the community jointly manage the day to day tasks involved in maintaining the pond, such as feeding, grass removal, water management, etc. 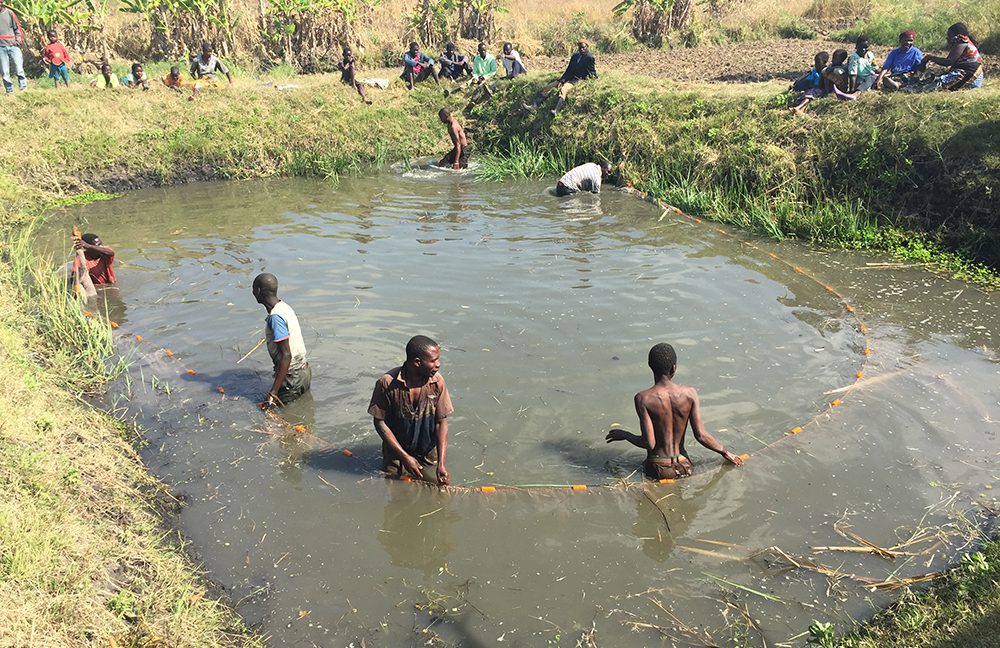 Harvesting: Harvesting of fish from small scale inland pond systems is a physical and labour-intensive task. In this rural village in Zomba, the activity of harvesting fish from the pond is exclusively carried out by men. This photo shows a group of six adult men using a hired seine net to harvest the tilapia species Oreochromis shiranus (local Malawian name makumba) from the community-owned fish pond. The men repeatedly drag the net across the pond in an attempt to harvest all fish cultivated. This process can take many hours to complete. 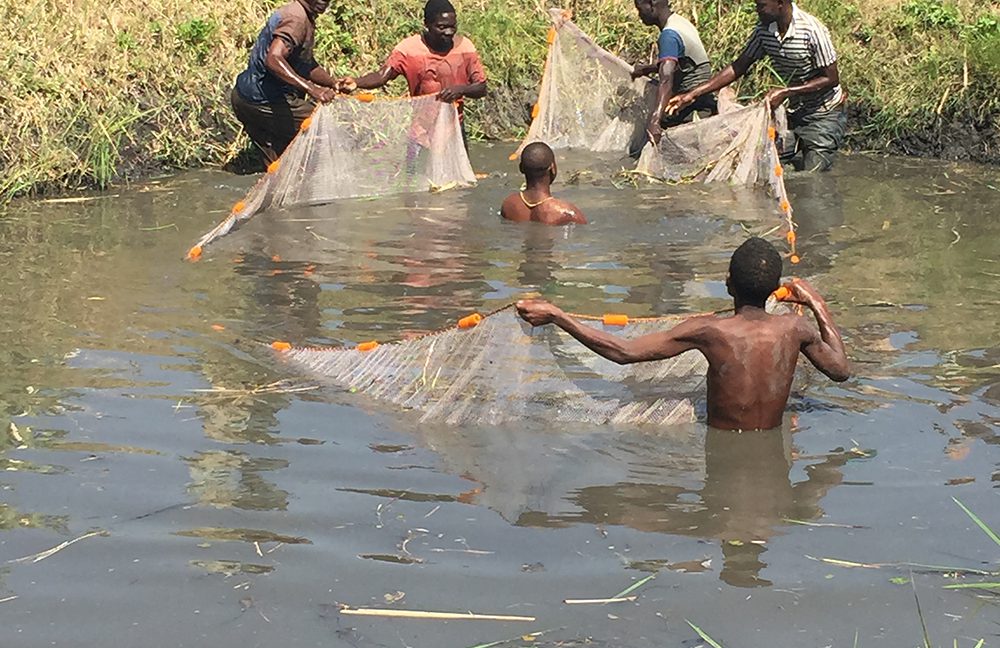 Village support: Due to the importance of aquaculture within the community, the Chief and other village members are present during the harvest process. Fellow fish farmers assist with selecting the adult Oreochromis shiranus and the careful removal and transportation of any fingerlings harvested into another nearby smaller pond. Pre-arranged local buyers — other village members, traders, local organisations — are also on standby to buy directly from the fish farmers once all the fish harvested have been categorised by size into plastic buckets. The Chair and Co-Chair of the Fish Farmers group then carefully determine the price for the fish, set by piece and per kilogram. 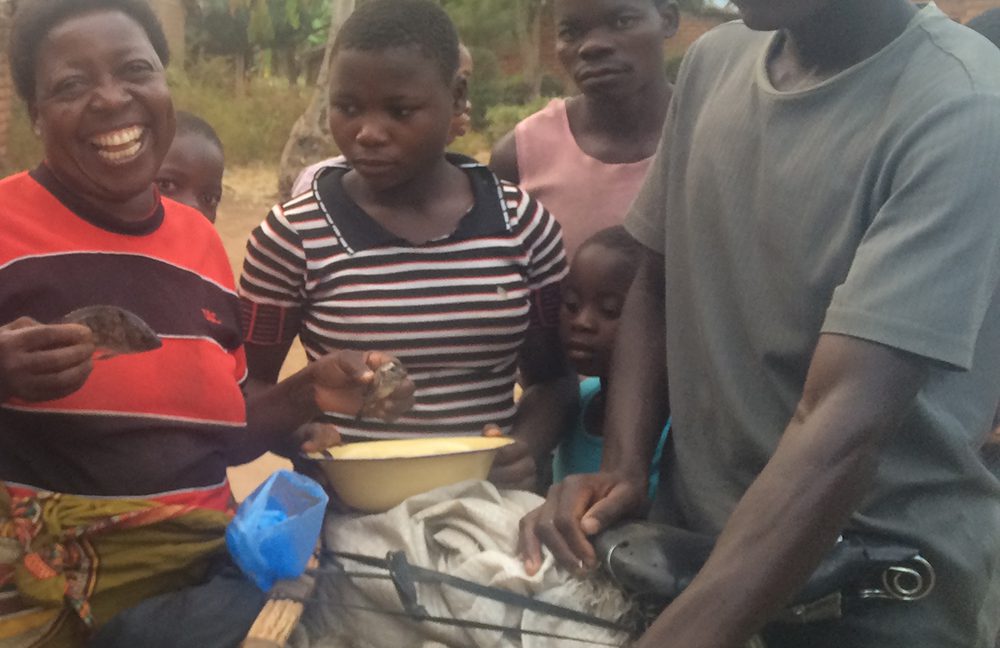 Benefits from aquaculture: Aquaculture is conceived as contributing to food security through a myriad of direct and indirect pathways. Aquaculture development has the potential to increase the availability of fish as a high protein food source to both consumers and those involved in aquaculture. This image provides an example of a typical fish trader in Malawi and the purchasing of fresh fish by a female consumer. However, access to markets and marketability knowledge are common challenges facing small scale fish farmers across Africa. 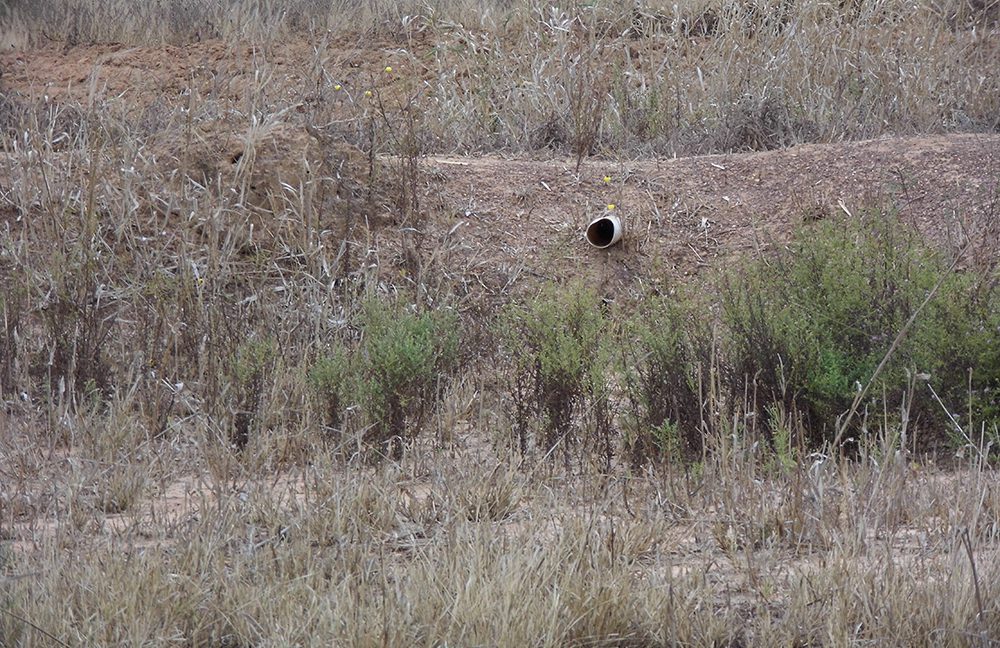 Challenges to the sustainability of aquaculture: The sustainable development of aquaculture is influenced by context specific environmental, social, economic and political factors. The abandonment of fish ponds, as reported in Malawi and other parts of the world, may arise as a result of social conflicts, limited access to crucial resources such as water as well as economic stresses, preventing fish farmers from continuing to maintain their ponds. 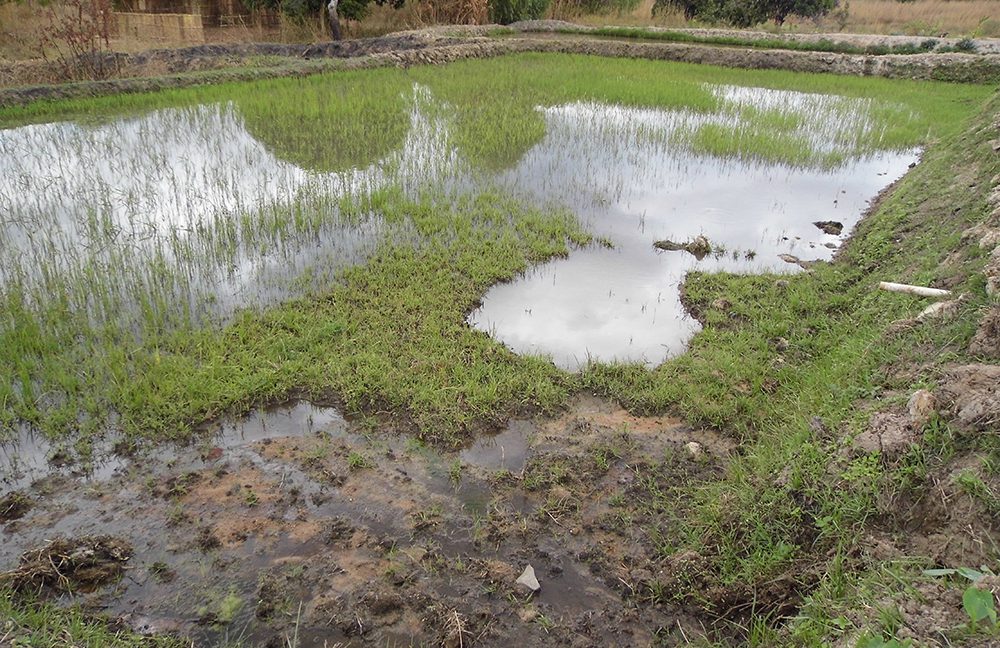 Challenges to aquaculture: Access to a secure supply of water throughout the year presents a common environmental challenge to inland aquaculture. This picture shows a fish pond partially filled with water in a rural fish-farming community in the District of Zomba, thus highlighting the challenge of securing a reliable supply of water. Further, availability of water can be a particular challenge in times of drought and where social conflicts arise as a result of competition for limited water supply with agricultural users. 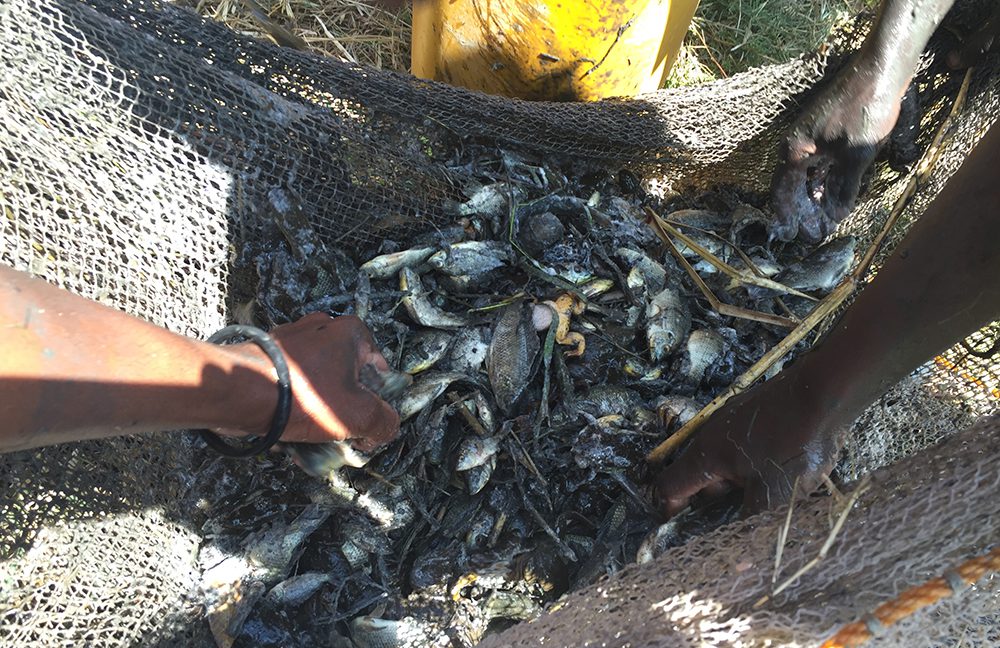 Community benefit: This image shows a bountiful harvest of predominantly the tilapia species Oreochromis shiranus. This harvest marks a significant event for this rural community in the District of Zomba as it is the second harvest ever to be carried out since the community adopted fish farming in 2012. The majority of the fish harvested was intended to be sold directly to pre-arranged buyers for cash income, which will then be used to benefit the most vulnerable members of the community. 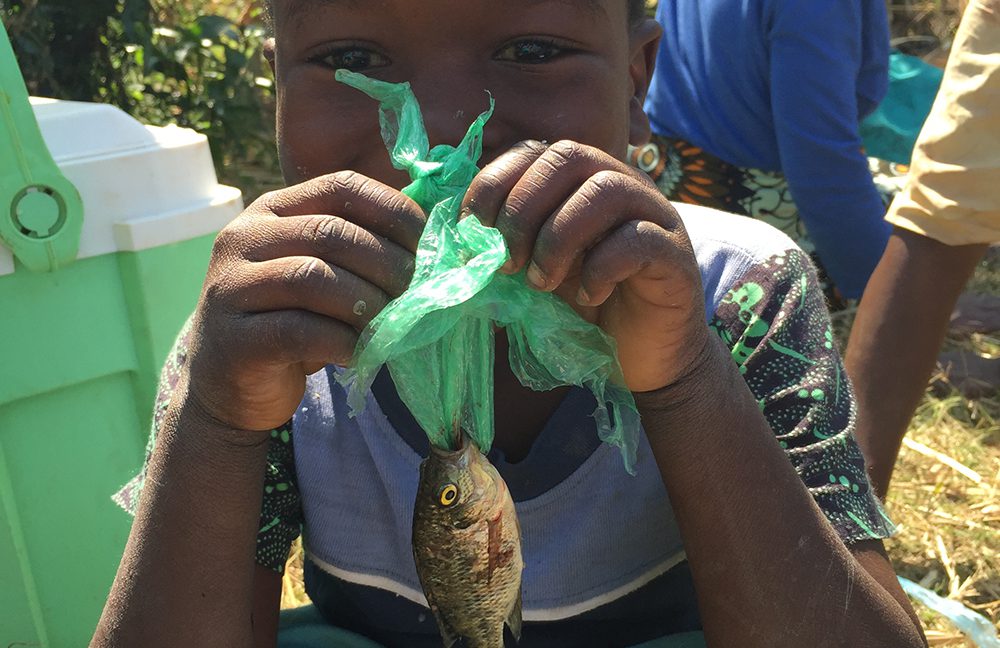 Distribution of benefits: Aquaculture has the potential to improve nutritional outcomes in developing countries, particularly for vulnerable groups of society such as women, children, people with HIV and AIDS. However, socio-cultural dynamics influence the potential of aquaculture to contribute to local nutritional needs. This image shows a young boy holding a freshly harvested farmed fish — Oreochromis shiranus — that was brought by his mother. 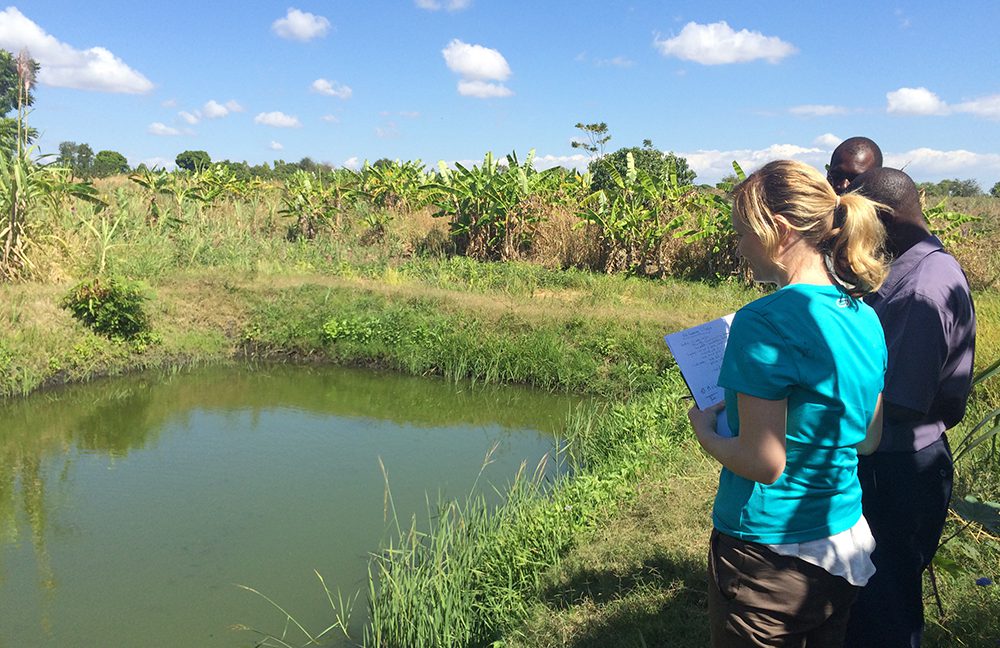 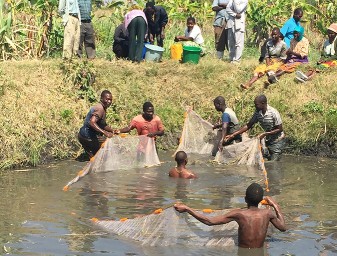 The meteoric rise and evolution of aquaculture over the past few decades has given rise to the need to put farmed fish on the menu in the global debate on food security. Aquaculture provides an affordable source of protein as well as increased employment and income to enable better access to food for many poor people globally.

As demand for fish grows, and capture fisheries supply remains stagnant or in decline, aquaculture provides the solution to fill this gap. The need for aquaculture development is particularly greatest in Africa where many countries have experienced an alarming decline in per capita fish consumption.

A study carried out by University of Southampton Ph.D. candidate Alison Sky Simmance aims to investigate the role of small scale aquaculture in Malawi, a country where the demand for farmed fish is becoming more urgent in light of declining capture fisheries and high dependency on fish a vital source of animal protein.

An integrated gender sensitive quantitative-qualitative mixed methods approach will be carried out to analyse the multidimensional relationships between aquaculture development and food security in Malawi. Implementing the creative participatory method, Photovoice, the study also aims to investigate in-depth gender and socio-cultural factors associated with aquaculture development.

This study hopes to provide a timely endeavour to broadening the understanding of context specific social, cultural, ecological and political contexts framing aquaculture’s contribution to food security as well as present creative methodologies to explore these complexities.

The Ph.D. study is supported by local collaborators WorldFish and LEADSEA in Malawi and is expected to be completed in September 2017. Further details can be found here. Follow Alison Sky Simmance on Twitter @AlisonSimmance