Shell removal, or shelling, is a crucial step during shrimp processing. However, in China shrimp are still shelled manually, even though some mechanical shrimp peelers exist. But these have distinct disadvantages, as the shrimp are delicate and are easily crushed in these machines. Moreover, both the efficiency and the output of processed shrimp are low when utilizing mechanical shrimp peelers. Various alternative methods are available for peeling shrimp, including low-temperature shelling, ice-salt shelling, blanching shelling, high-pressure shelling and flash-freeze shelling.

Currently, placing shrimps on ice and/or in brine (typically NaCl or NaCl with phosphates) solution for several days is the most common practices to facilitate the separation of the edible meat from the shell in the shrimp industry. Various studies have reported that shrimp processed on ice can be peeled more easily than those freshly caught. Other studies reported that pre-treating the shrimp with low-temperature brine and ice salt made shell peeling easier. However, salt can easily penetrate into the shrimp and affect its quality.

This article – adapted and summarized from the original (Xu, N. et. al. 2019. Effect of ice water pretreatment on the quality of Pacific white shrimp, Litopenaeus vannamei. Food Science & Nutrition Volume 7(2): 645-655.) – reports on a study to evaluate the quality changes and shelling issues of Pacific white shrimp (Litopenaeus vannamei) freshly harvested from farms and stored in ice water for up to 24 hours.

This study was funded by the National Science and Technology Support Plan (No. 2015BAD17B01), National Natural Science Foundation of China (No. 31471685), and an extension project (No. 2014‐5) from Shanghai Agriculture Committee.

Pacific white shrimp harvested from local ponds were purchased from an aquatic products market in Shanghai, China. The animals were sent to the laboratory (College of Food Science and Technology, Shanghai Ocean University, Shanghai, China) within half an hour, while still alive. At the lab, dead and moribund shrimp were discarded, and the live animals were divided into seven groups, each weighing around 550 grams. The first group was used as a control group, and the shells were peeled and measured. Ice water was added to the remaining six groups.

Shrimp groups were processed by manually shelling every 4 hours for the next 24 hours to determine shelling times and quality changes. Five people with experience in shelling shrimp manually peeled each 550-gram group of shrimp, and the weight of meat and the time required for the shells to be removed were recorded. Meat samples were stored at minus-80 ± 1 degrees-C for various lab analyses.

The time that was required to remove the shrimp shells reflected the degree of difficulty of the shelling process. Thus, a shorter peeling time signified less difficulty in removing the shell from the meat. Our results show that the peeling time per 550-gram group of shrimp declined as the soaking time was extended (Fig. 1). The fresh L. vannamei sample proved challenging to peel and required 5.92 minutes.

The shrimp yield reflects the output rate of shrimps after shelling. The control group was represented by 0 hours, and the shrimp yield was 46.87 percent. Meat yield increased considerably with time, reaching 50.53 percent after 20 hours of treatment. However, no significant difference was apparent in the sample group after an 8-hour treatment (Fig. 2). This indicated that the internal tissue cells of the shrimp body absorbed the external moisture during the process of ice water treatment, resulting in an increase in the total weight of the shrimp. The optimal treatment time was determined to be 8 hours and was calculated by combining the shell peeling time and shrimp meat yield.

Regarding comparative sensory quality, our results showed that L. vannamei shrimp kept in slurry ice maintained adequate quality, but texture, smell and color indexes decreased with increasing soaking times. Unpeeled shrimp with a pretreatment time of 0 hours had the best quality, but its shelling was exceptionally difficult and scored the lowest on shelling time. A soaking time of between 4 and 8 hours resulted in easier peeling process, with 8 hours considered the optimal pretreatment time.

Hardness is a most critical textural attribute in meat or seafood. Our results showed that, with increasing ice water immersion time, the hardness of L. vannamei shrimp showed an upward trend. There was a significant difference in the hardness of the shrimp samples following immersion in ice water for 0, 4 and 24 hours, respectively (Fig. 3). Shrimp samples continued to display signs of stiffness after 24 hours, possibly due to the effect of the frigid water temperature on enzyme activity and protein degradation.

Elasticity is another critical evaluation index to determine the quality of texture. Elasticity is the ratio of height or volume of a denatured sample to its pre-deformation height after removal of the deforming forces. The flexibility of the samples continued to decline throughout the treatment period. Samples exhibited the ideal elasticity of 0.72 mm at 0 hours, followed by the 4-hour sample with an elasticity of 0.62 mm. It was evident that the elasticity value fluctuations remained within a specific range after 4 hours. Our hardness and elasticity measurements were consistent with those reported by several other similar studies.

This study assessed changes in shelling time, shrimp yield, sensory indexes and several physical and chemical indicators (texture, chromatic aberration, TBA value, K value, and microstructure) for L. vannamei shrimp. Our results showed that the optimum process condition was an ice water treatment (soaking) for 8 hours, which can significantly simplify shell removal while maintaining product quality. But soaking time can limit meat yield and must be considered in the processing of shrimp. 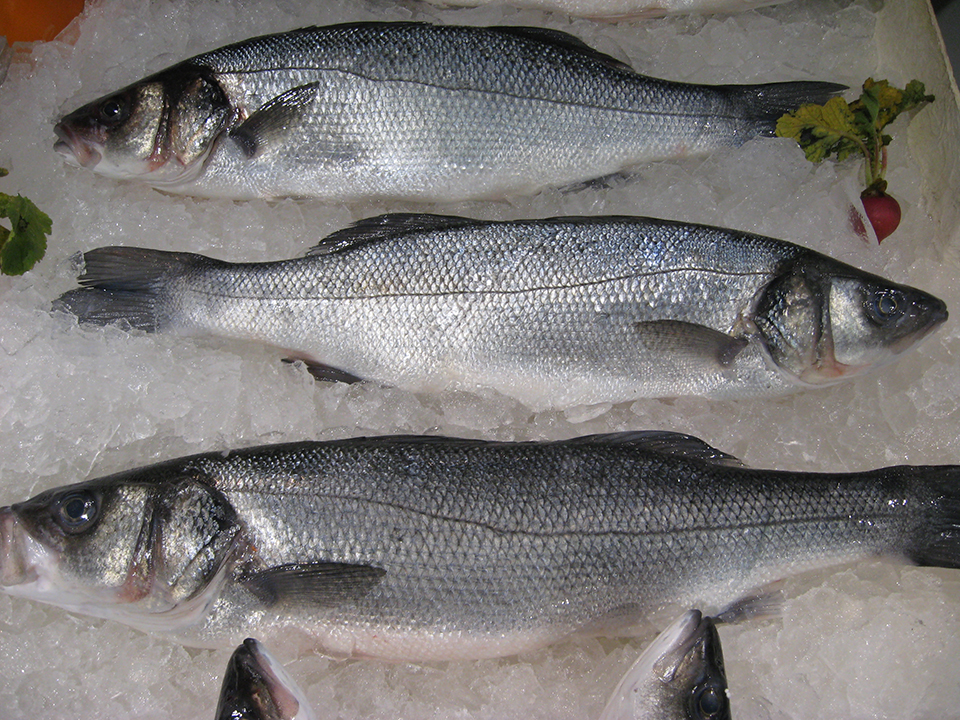 Ice slurry can provide even chilling of seafood at harvest to slightly above the freezing point and maintain this temperature throughout the cold chain.

Microbiological, biochemical and sensory analyses have concluded that rapid cooling with ice slurry achieves good quality and yield for many fish species. 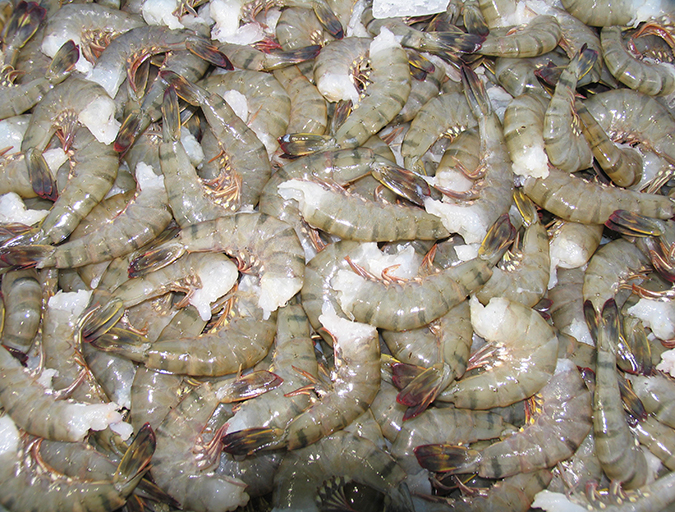 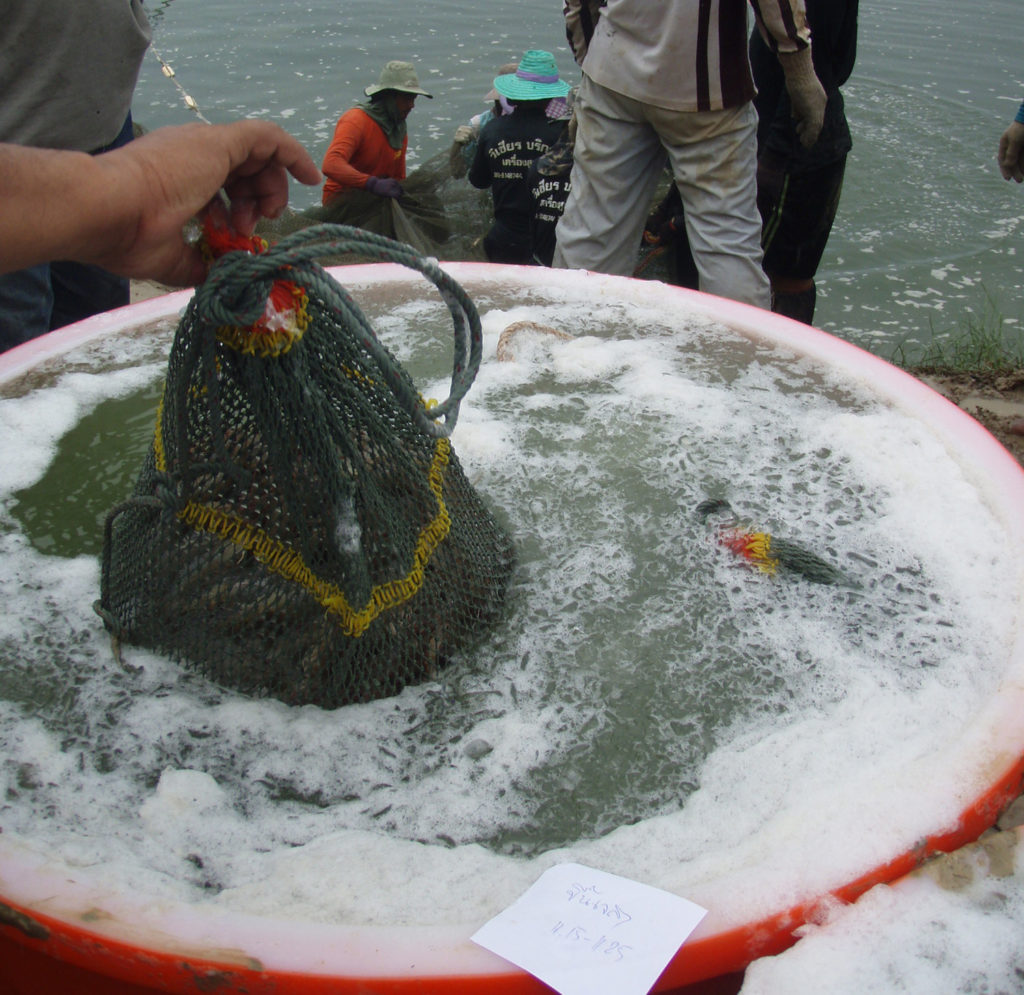