Aquafeed production is rapidly increasing with the high-speed expansion of aquaculture, and growth of the aquafeed industry requires a sustainable feed ingredients supply, especially of protein sources. Traditionally, fishmeal has been used as the primary protein source in aquafeeds due to its high protein content, excellent amino-acid profile and high nutrient digestibility. However, the production of fishmeal seems to have reached its maximum potential, and demand has stimulated the exploration of alternative protein sources for the aquaculture, with research on fishmeal substitution an international priority for more than two decades.

Corn gluten meal (CGM) is the major protein portion obtained from the wet milling process for the separation of the starch, germ, protein and fiber components from corn. Compared with other vegetable protein sources, CGM is considered a cost-effective alternative protein source for aquafeed owing to its high content of available protein (60 to 70 percent of the dry matter), low content of fiber and anti-nutritional factors, competitive price and steady supply.

In some carnivorous fish, such as cobia, Japanese sea bass, and sea bream, CGM has been shown to successfully replace more than half of the fishmeal protein used in the diet without any negative effect on growth performance. However, CGM could not be effectively utilized by turbot, which is considered the most important cultured flatfish in Europe and Asia, with a global production of around 70,000 metric tons (MT) per year. Low digestibility is the key factor limiting the utilization of CGM by turbot, but its causes are still unclear. And it is also still unclear whether the low digestibility of CGM in turbot is caused by the influence of CGM on the intestinal health status.

This article – adapted and summarized from the original publication – was conducted to elucidate the causes of the poor utilization of CGM by turbot from the view of intestinal health. We evaluated the effects of CGM on the growth performance, nutrient digestibility, and intestinal health status as determined though the assessment of indicators, including intestinal morphology, inflammatory responses, immunity, and redox homeostasis.

Authors conducted an eight-week feeding trial with turbot individuals (initial body weight 11.4 ± 0.2 grams), which were fed with one of four isonitrogenous and isolipidic diets formulated to include 0 percent, 21.2 percent, 31.8 percent and 42.6 percent CGM to progressively replace 0 percent, 33 percent, 50 percent, and 67 percent fishmeal (FM) protein in a FM-based diet, respectively.

Regarding feed ingredients and diet formulation, and based on previous work, a fishmeal based diet (FM diet) was formulated to contain 48 percent crude protein and 12 percent crude lipid with fishmeal as the primary protein source, fish oil and soybean oil as lipid sources, and wheat flour as the carbohydrate source. This diet was utilized as the control diet. Based on the FM diet, another three isonitrogenous and isolipidic diets were formulated to contain 212 grams per kg, 318 grams per kg, and 426 grams per kg CGM as replacement of 33 percent, 50 percent and 67 percent fishmeal protein in the basal diet, which were named CGM20, CGM30 and CGM40, respectively. Crystalline amino acids (lysine, arginine, and tryptophan) were supplemented to meet the essential amino acid requirements of turbot or maintain the tryptophan level in the diets.

Juvenile turbot from a commercial farm in Haiyang, China, were acclimated and maintained in an indoor flow-through water system in the Haiyang Yellow Sea Aquatic Product Co., Ltd. (Yantai, China). The fish were acclimated to the system and fed the fishmeal diet for two weeks. Next, turbot individuals with an initial body weight of approximately 11.4 grams were randomly distributed and transferred into 12 tanks, 30 fish per 300-L (seawater) tank. Each diet was fed to fish in three tanks. Fish were fed the experimental diets twice daily (at 07:00 and 18:00) to apparent satiation, and the feed consumption was recorded.

Our results showed that the replacement of fishmeal with CGM negatively influenced the growth performance, nutrient digestibility and feed utilization in turbot. Our results are consistent with those obtained by other researchers. In our study, CGM supplementation negatively influenced the activities of brush-border membrane enzymes, which are responsible for the final stage of luminal digestion prior to absorption.

Generally, the activities of brush-border membrane enzymes can reflect the digestive capacity. Previous examinations found that the supplementation of plant protein sources in carnivorous fish significantly decreased these activities. Thus, the decreased nutrient digestibility and final body weight in CGM-fed fish could be partly attributed to the negative effects of CGM on brush-border membrane enzymes.

Our data clearly demonstrated that dietary CGM caused a dose-dependent increase in the severity of inflammatory changes in distal intestine (DI) tissue in turbot. Dietary CGM increased the width and cellular infiltration in lamina propria and submucosa and induced higher expression of pro-inflammatory cytokine genes; this finding is similar to our previous result concerning soybean meal-induced enteritis in turbot.

On the effect of corn gluten meal on the light microscopic structure of the distal intestine in turbot, the inclusion level of corn gluten meal affected all characteristics assessed and induced alterations typical for mucosal inflammation (Fig. 1). The severity increased with rise in the level of CGM inclusion. The inclusion of CGM decreased the height and elevated the fusion of the mucosal folds. It also increased the width and cellular (leucocyte) infiltration of the lamina propria and submucosa and reduced the numbers of supra-nuclear absorptive vacuoles in enterocytes. With the increase in the CGM level, the mucosal folds height followed a first-degree relationship, whereas the other characteristics followed a second-degree relationship.

Regarding the effect of corn gluten meal on the electron microscopic structure of the distal intestine in turbot, the transmission electron microscopy (TEM; a microscopy technique in which a beam of electrons is transmitted through a specimen to form an image) data revealed that dietary CGM considerably changed the structure of the distal intestinal microvilli (Fig. 2A and 2B). The fish fed the CGM40 diet showed significantly shorter and less dense microvilli than those fed the FM diet. No significant difference was observed in the tight junction structure between the fish fed the FM diet and that fed the CGM40 diet (Fig. 2A and 2B). The TEM analysis results showed that all 12 fish individuals fed the CGM40 diet exhibited higher infiltration of leucocytes from the submucosa to the epithelium layer than that in the fish fed the control diet (Fig. 2C and 2D).

The inflammatory responses in CGM40 fed fish were the strongest, as shown by the highest degree of cellular infiltration in both lamina propria (a thin layer of connective tissue forming  mucous membranes that line various tubes in the body, such as the respiratory tract, the gastrointestinal tract and others) and submucosa, and the expression of pro-inflammatory cytokines (a type of signaling molecule that promotes inflammation), which was in agreement with the TEM data showing obvious infiltration of leukocytes (white blood cells) in the epithelial monolayer. Moreover, the CGM40 diet changed the microvilli structures.

The intestinal immunity and redox homeostasis (the balance between reactive oxygen species production and elimination) play pivotal roles in maintaining intestinal health in fish. The intestine of teleost fishes has various important defense molecules – such as lysozymes, complement systems, phosphatases and immunoglobulins – that participate in its protection against microbial pathogens. Our results showed that several antioxidant parameters decreased with the increase in the CGM inclusion, which indicates that CGM impairs the antioxidant system activities of the turbot intestine. Similar results were obtained in yellow catfish fed high inclusion of soybean meal.

Carnivorous fish have been shown to have a low ability to utilize carbohydrates. Furthermore, previous research showed that the excessive dietary carbohydrate impaired the immunity and redox homeostasis of carnivorous fish, such as golden pompano, largemouth bass, yellow catfish and black carp, and caused inflammation in the liver of Japanese flounder. However, insufficient research has been conducted on the dietary carbohydrates in the fish intestine. Research to date suggests that excessive carbohydrates from CGM is at least one of the major factors causing the damage in the immunity and redox homeostasis and even inducing inflammatory changes in turbot fed CGM, although this notion requires validation in future studies.

An imbalanced amino-acid content is another drawback of CGM as a protein source compared with fishmeal. CGM is deficient in lysine and arginine but high in leucine. In our study, we supplemented the diets with crystal lysine and arginine to their requirements. However, the leucine level increased dramatically with the rise in the CGM inclusion and was much higher than the turbot requirement. Leucine is an independent amino acid in fish, but the high level of dietary leucine was found to be harmful to fish growth performance. This might be another factor that affects the intestinal health in turbot that could not be ignored.

In conclusion, CGM exerted negative effects on the intestinal health in turbot, including the induction of enteritis in the DI tissue and impaired intestinal immune and antioxidative systems. CGM may induce enteritis in a way that is different from that of soybean meal, since the cellular tight junction structure and the intestinal permeability were not affected by its inclusion.

Our research directly suggests that strategies to maintain intestinal health should be developed and undertaken when formulating turbot diets containing CGM. 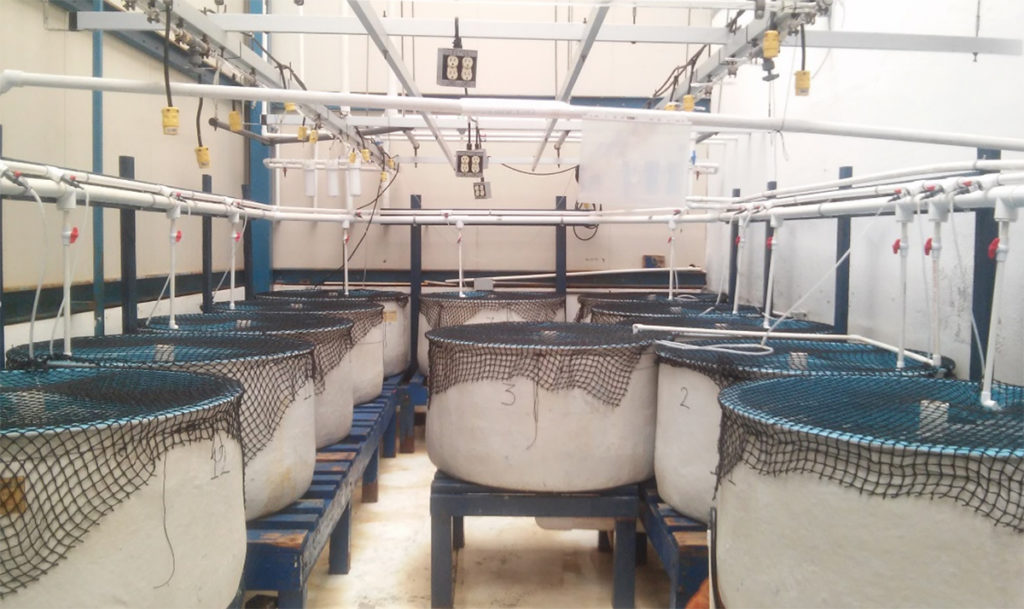 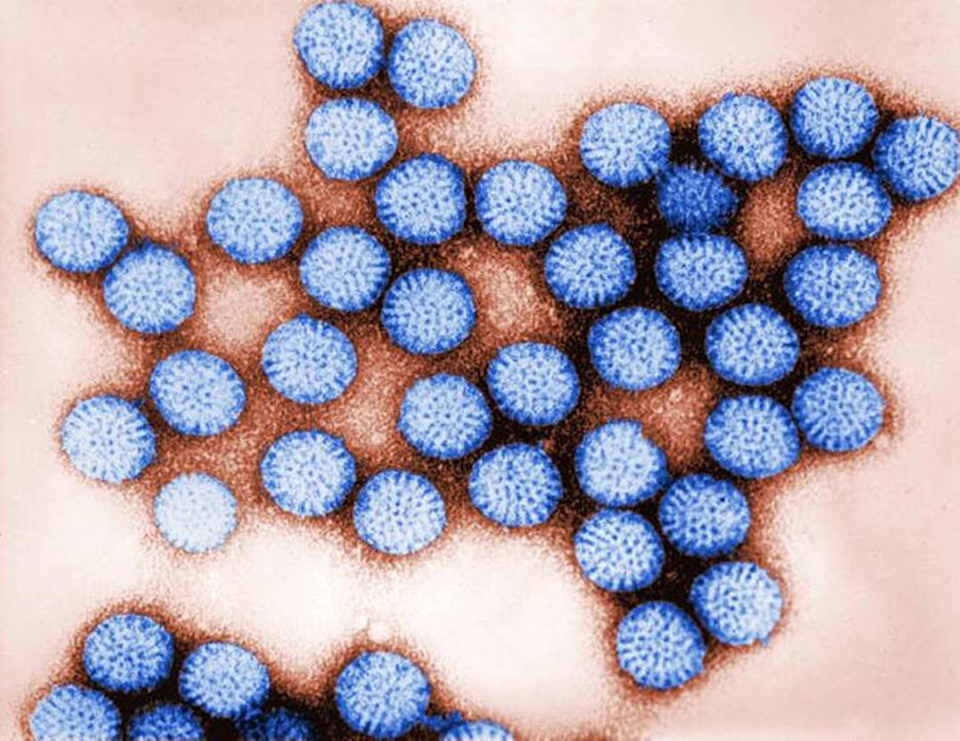 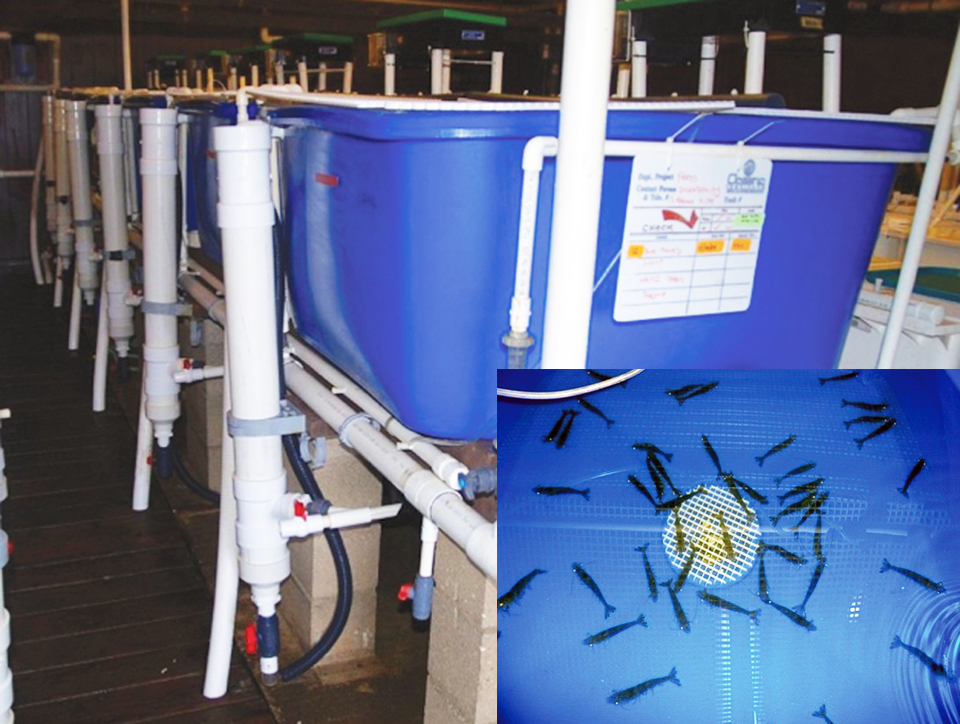