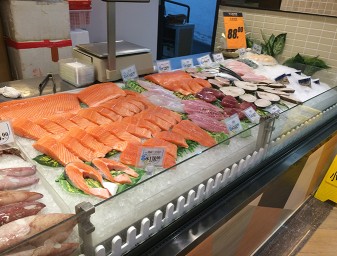 We all only get a short time on this precious planet and we should aim to leave it no worse than when we ‘landed’ on it. It would be very helpful, therefore, to focus on outcomes in all that we do — especially in our very special industry, seafood — which plays such a crucial role for food security and nutrition as a food and a rich source of nutrients, particularly for some Low-Income Food-Deficit Countries (LIFDCs) and vulnerable populations.

With a New Year comes lots of diet advice and resolutions. One of the new pieces of information this year is the official advice from the U.S. government which has released its much-anticipated update to the 2015 “Dietary Guidelines for Americans” (2015 DGA; http://health.gov/dietaryguidelines/2015/guidelines/).

Every five years the guidelines are revisited. As new science on evolving nutrition and research programs produce results relevant to the guidelines, they are collated and discussed by the U.S. Department of Agriculture (USDA) and the Department of Health and Human Services (HHS) in order to update the government’s official advice. 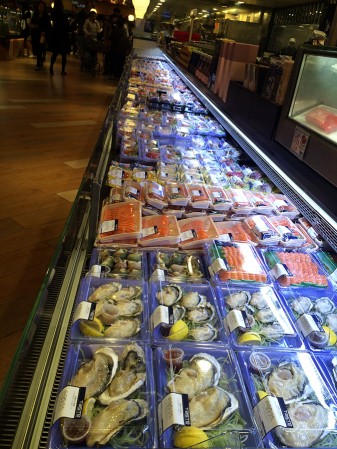 One of the new concerns that Americans are being told is to limit sugar to no more than 10 percent of daily calories. Hard to believe, but it is true that many Americans consume up to 22 teaspoons a day. To meet the new 10 percent target, they’d need to cut their sugar intake by nearly half — to no more than 12 teaspoons a day on a 2,000-calorie daily diet. Cutting out soft/soda drinks is essential.

Seafood is the real winner

Apart from that issue, the real winner is seafood as the benefits of a seafood diet come through powerfully in the document. The recommendation is that Americans should eat at least 8 ounces of seafood per week, and importantly, it advises pregnant and breastfeeding women to eat 8-12 oz. per week.
This new advice in the 2015- 2020 book varies from the previous edition, as there is a strong emphasis on altering American dietary patterns. The role that seafood can play in that is stressed and simply confirms USDA advice late last year, that U.S. consumers were missing out on seafood’s health benefits. In fact, they have been missing out for many years and we should wonder how many people have perished because of the delay in getting this promoted previously.

Seafood needs a new concept in retailing and the way we approach consumers and the products we are trying to sell to them. The world has changed and our industry has not moved as quickly as it should have.

Seafood provides more protein than cattle, sheep, or poultry. It has been known for a long time that fish also contain a wide variety of vitamins and minerals, including vitamins A and D, phosphorus, magnesium and selenium. Consistent, quality research shows that omega-3 fatty acids that are found abundantly in seafood have health benefits, such as improved infant brain development and protection against heart disease and stroke.

So, finally the US authorities have caught up with this. Many US and global human nutritional scientists have been advocating for a long time that seafood should be highlighted as an “important source” of nutrients, praised for its “health benefits” and acclaimed for its role in “reducing risk” of heart disease.

It would appear this battle is being won, so we must not stop whilst momentum is with us. Yes, we should be very encouraged by the new 2015 DGA, but there is a massive change required because currently only one in ten Americans follow the guideline to eat seafood at least twice a week. How long will it take for change to happen?

The two jobs ahead of us are to use the new 2015 DGA to promote increased seafood consumption, and to get the USDA and HHS to ensure that seafood gets its own space on any food pyramids that it promotes. For too long seafood has been grouped with red meat, poultry, etc., and clearly seafood should be recognized to being so superior that it needs to ‘stand-alone’ in the pyramid. 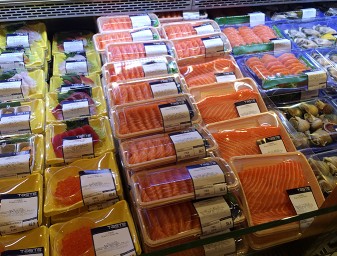 How do we get people to break their habits? Once people get into routines, buying patterns, etc., then it becomes difficult to change that arrangement. We need to consider how we present our industry to the consumer — the retailer is the window to the industry. Yet few of these people are trained to understand the valuable protein they are merchandising. Industry must change in order to get consumer habits to change.

Seafood needs a new concept in retailing and the way we approach consumers and the products we are trying to sell to them. The world has changed and our industry has not moved as quickly as it should have. Retailers need to be challenged to invest more in professionally trained staff to be that interface to the consumers.

If we are to change the world and get more people eating seafood, then we need so much in our favor. One of the major problems is the need for consumer confidence and to correct perceptions in the mainstream media. This was highlighted at the FAO organized workshop in Vigo, Spain, and has been well documented through that initiative. The strong word from that was ‘transparency’ and more and more you see why this is so important.

Seafood operators do not need to be each other’s enemy — the true competitors are chicken, pork, beef, lamb and products from other meat industries. The sooner we all grasp that and make a pledge to work together right through the value chain, the better we will be and the sooner we can then change habits.

A presentation given by The World Fish Center’s Senior Nutrition Advisor, Shakuntala Thilsted, highlighted the need for every country to investigate the cost-benefit of health and well-being from seafood consumption, as she stressed that it can add up to 3 percent to the GDP if it is done properly. That is impressive and meaningful, and needs to be put out there into major agendas and governments need to understand.

We will all benefit from increased seafood consumption, but there is still much internal friction within the seafood industry. Seafood operators do not need to be each other’s enemy — the true competitors are chicken, pork, beef, lamb and products from other meat industries. The sooner we all grasp that and make a pledge to work together right through the value chain, the better we will be and the sooner we can then change habits. If we are not prepared to change ourselves, then we should not expect others to.

We need to be far more pro-active than we are, and everyone needs to understand that if we denigrate any seafood, that we are shooting ourselves in the foot.

If the seafood industry can work together then we can lift consumer confidence — in order to do that we need to agree on standards throughout the value chain; promote them with the end users; ensure that all seafood companies have a continual improvement development program locked in; oust people/organizations that do not wish to support them and emphasize choice, transparency and health! Let us make 2016 our best ever. 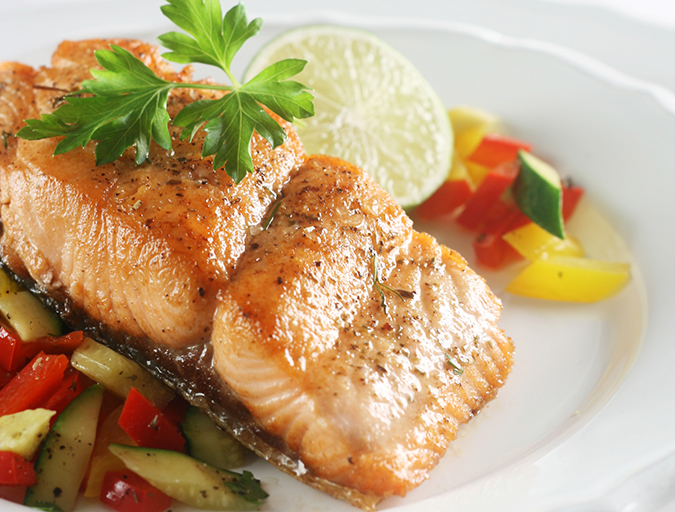 A GAA-commissioned survey sought to determine the knowledge level of seafood sustainability and farmed seafood in the foodservice industry. The results suggest a need to engage professional chefs through the sources they trust: suppliers.