The United States market for tilapia has grown at an amazing rate in the past 15 years, with 1999 consumption over 68 million kg. In 1980, the primary tilapia product available on the market was live fish, grown on a handful of farms scattered across the U.S. Most of these fish were live-hauled to oriental and other ethnic markets. Today these are still the primary markets for over 8.16 million kg of U.S.-grown fish.

Selling live product isn’t the only way to go, however. Over the years, processing pioneers saw the potential for processed tilapia, and opened facilities to supply U.S. customers.

These typically small processors found varied sucess as they tried to get into the processed fillet market. Slim margins, scattered production, and high labor costs make the venture a challenge.

Leo Ray was one of the earliest producers of tilapia in the U.S. He added tilapia to his catfish raceway farm in Buhl, Idaho, around 1980. The intent was to have them consume uneaten catfish food and other waste materials, and improve water quality before the water left the farm and entered the Snake River. Tilapias were an ideal choice; they grew quickly while reducing the solids load.

Ray’s initial marketing plan for tilapia was to include free samples of the fish with his regular shipments of processed catfish. As customers tried the tilapia, orders followed.

The Simplot organization, also in Idaho, built a large tilapia farm focused solely on the fillet market in the late 1980s. In its two or three years of operation, Simplot provided a very highquality, well-received fillet product that brought a premium price. Simplot used a highly automated line, but had an experienced crew who checked and trimmed each fillet before packaging.

Unfortunately, production costs at the farm were higher than expected. Insufficient geothermal water resources also led to the end of the project. However, Simplot did provide an excellent market opening by introducing many chefs and consumers to high-quality tilapia fillets through its professional marketing program.

In 1986, Solar Aquafarms began producing tilapia in southern California (see article in the June 2000 issue of the Advocate). Like the Simplot farm, this one used a recirculation system, but of a totally different design. The processing plant at Solar used a depuration tank to guard against off-flavor from its unique “Organic Detrital Algal Soup” production system. However, this system was not always successful, and off-flavor product occasionally made its way to consumers.

Chiquita Brands purchased the Solar Aquafarm facility in the early 1990s and began an active marketing program. But its fillet products had difficulty competing against the rising tide of low-cost tilapia coming into the California market from Taiwan (Fig. 1). In addition, the occasional problem with off-flavor was never completely solved. Solar eventually went back to live product and closed the processing plant.

In the late 1980s and early 1990s, four small processors tried to sell tilapia fillets in Arizona. Two of these farmer/processors used food-grade band saws and automatic skinners along with hand filleting, while the other two relied exclusively on hand filleting. All of the farms produced quality fillets and rarely had any off flavor problems.

None of these operations spent much money on marketing or promotion. Deliveries were made directly to restaurants and grocery stores. Availability was inconsistent, for the farms were undercapitalized and unable to increase product supply.

All four farms eventually reverted to live sales. Three of the farms have closed, and the other has changed hands three times.

Integrated Food Technologies made almost all of the business mistakes possible. Production costs were higher than anticipated. Production species were changed several times. More money was spent finding investors than marketing products, and customers were not provided a consistent product.

Southern States’ tilapia production efforts are planned as an integral component of the larger Southern States farmers cooperative, which already sells tilapia feed to growers in the southeastern U.S. Producers will be provided with fingerlings, feed, and technical support from the co-op, which will subsequently purchase, process, and market the tilapia produced.

Several lessons can be learned from the history presented above. First, the only long-lived, successful tilapia producer/processor in the U.S. made it on service and quality. By starting with an existing base of catfish customers, Leo Ray succeeded by providing a new, high-quality tilapia product that brought a premium over the readily available foreign product. Solar Aquafarms was hurt for several years by just small amounts of poorquality product.

Consistent availability is just as important as service and quality. Integrated Food Technologies lost many customers by switching products and not having product available. The Arizona producers had inconsistent supplies and never established long-term accounts. Ray has geothermal water that maintains a constant growing temperature and promotes even harvests throughout the year – a situation similar to that of the tropical importers.

Tilapia consumption will continue to grow in the U.S., and there is no doubt tilapia production and processing can be successful in the U.S. But a strong marketing program is needed to sustain industry growth. Consistent supply and high quality of tilapia are critical. Time is needed to establish and cultivate customer relationships.

The tilapia products being imported are continuing to improve, as international growers upgrade their production, processing and transportation systems. U.S. producers and processors will have to work hard to get and keep their customers. 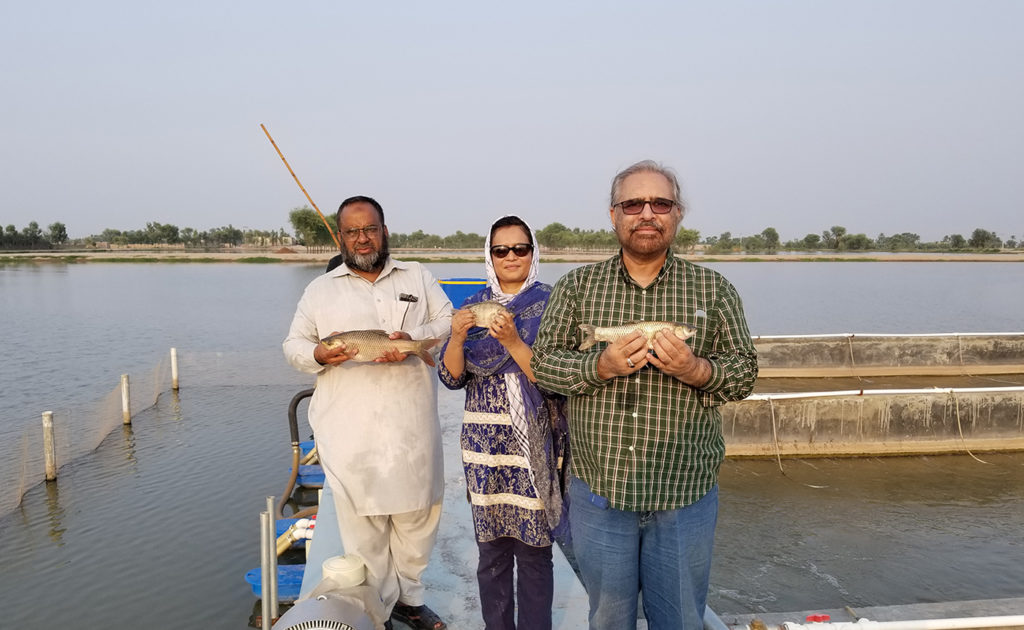 In-pond raceway systems have potential to improve farmed fish production in Pakistan. Production of grass carps, rohu carps and tilapia is being tested. 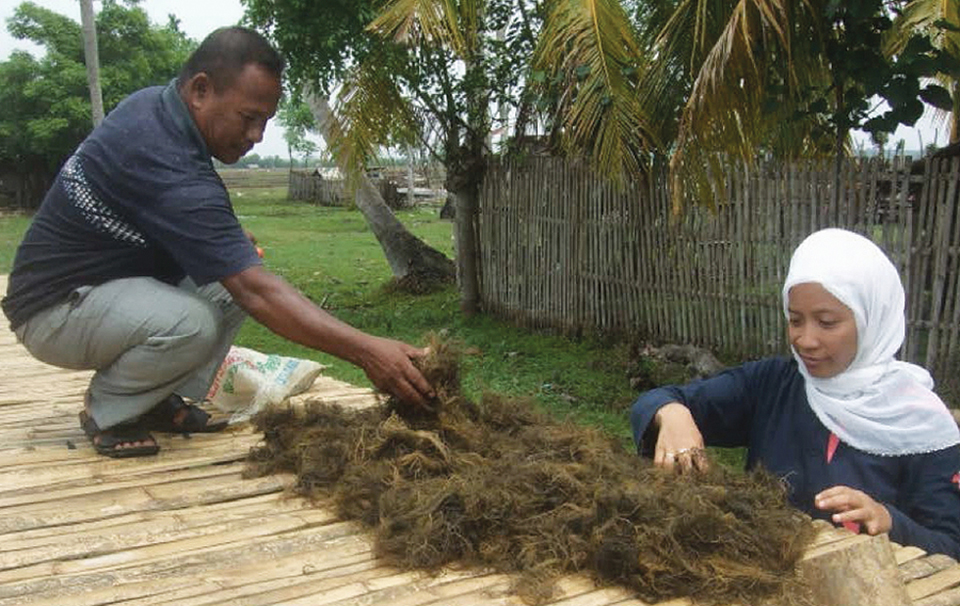 The AquaFish Innovation Lab has conducted research using value chain analysis as a tool to increase income and nutrition for small-scale fish farmers through improved market participation and efficiency.