The enzyme composition of fish and shellfish, which is directly related to biological age, diet, water quality and habitat temperature, ultimately affects the tissue composition, nutritive value and shelf life of final seafood products. Enzymes are also responsible for postharvest changes that impact flavor, texture, odor and color. These changes can result in reduced product acceptability by consumers and significant economic loss to the seafood industry.

The standard way to decrease quality deterioration in seafood due to the activity of endogenous enzymes and later bacterial spoilage is rapid chilling to about 0  degrees–C in ice or chilled water.

The aroma and flavor of seafood are important quality indicators that often form the sole basis for product acceptance or rejection. For the most part, the odor of seafood can be attributed to lipid oxidation, a direct result of enzyme activity. The primary products of lipid oxidation are relatively short volatile aldehydes and ketones.

It has been suggested that lipoxygenase action is most important in the generation of the “good” flavors and aromas associated with fresh fish, because of the enzyme’s site specificity for hydroperoxide formation. Lipoxygenases, however, are also responsible for the production of alcohols and carbonyls from polyunsaturated fatty acids in freshwater fish.

Lipoxygenases from fish and shellfish consist of different isozymes – enzymes that differ in amino acid sequence but which catalyze the same chemical reaction – that show a variable preference for polyunsaturated fatty acids. Shrimp lipoxygenase, for example, shows increased reactivity with fatty acids based on their increasing unsaturation.

Several fish species, such as Pacific whiting, arrowtooth flounder, menhaden, white croaker and mackerel, are known to have a soft texture due to this proteolytic activity. Although full utilization of these species for conventional seafood products has been restricted, some have been successfully processed into surimi with the aid of protein additives.

Some fish species, including hake and cod, have poor stability during frozen storage that is manifested in a fast alteration of texture, usually leading to a tougher and drier product. This change has been correlated with the accumulation of equimolar amounts of formaldehyde and dimethylamine during storage. The two compounds are produced by an enzyme with the ability to break down trimethylamine oxide (TMAO).

Fish possess the capacity for endogenous synthesis of TMAO, although they normally acquire the compound by feeding on shrimp or other invertebrate prey. Decapods contain high TMAO. Crustaceans also contain significant amounts of the compound, whereas oysters, clams, mussels and scallops usually contain only a small amount.

The TMAO content of fish varies with diet, age and size, as well as environmental salinity, temperature and pressure. The highest values are found in elasmobranches and deep-sea teleosts. In white-fleshed fish such as cod, redfish and wolffish, the TMAO content of the white muscle is higher than in red muscle. This contrasts to dark-fleshed fish, where TMAO occurs in higher concentration in the red muscle.

The prevailing belief is that proteolysis of key myofibrillar and associated proteins causes meat tenderization. These proteins are involved in inter- or intramyofibrils and linkages, in linking myofibrils to the sarcolemma or in the attachment of muscle cells. Degradation of the linking proteins therefore results in a weakening of the myofibrils and, thus, tenderization.

Appearance, flavor, texture, nutritional value and cost are attributes that consumers evaluate when making seafood purchases. Appearance, which is significantly impacted by color, is one of the first attributes evaluated by consumers.

Seafood color occurs naturally or can be formed through enzymatic and nonenzymatic reactions. One of the most important color reactions affecting seafood, especially crustaceans, is enzymatic browning caused by the enzyme polyphenol oxidase (PPO). This enzyme is also known as phenoloxidase, phenolase, monophenol and diphenol oxidase, and tyrosinase. PPO is responsible for a type of discoloration called melanosis in such crustacean species as shrimp, lobsters, crabs and crawfish.

However, crustaceans differ widely in their susceptibility to melanosis. Since the postmortem dark discoloration from melanosis connotes spoilage and is unacceptable to buyers and consumers, the affected product has reduced economic value in the marketplace.

The amino acid tyrosine has been reported to be a natural substrate for PPO activity in crustaceans. Polyphenol oxidase in shrimp and lobsters is activated by trypsin or a trypsin-like enzyme in the tissues. The surface discoloration eventually expands past the shell and into the muscle.

In lobsters, melanosis is usually more severe if the head is not removed. If the head is removed, care should be taken to wash the exposed meat and tail to remove proteases that cause the browning reaction. The products of melanosis are not harmful if consumed.

The influence of temperature on the stability of crustacean PPO indicates the enzymes appear to have similar stability regions of 20 to 50 degrees-C. In research, approximately 35 percent of the original activity of pink shrimp PPO was destroyed after 30 minutes at 50 degrees-C, while the original activity of white shrimp PPO remained practically unchanged under the same conditions. Florida spiny lobster PPO was stable up to 40 degrees-C, but after 30 minutes at 60 degrees-C, the PPO was completely inactivated. Most PPO enzymes are heat labile. A relatively short exposure to temperatures of 70-90 degrees-C results in partial or complete inactivation.

Various processes have been implemented to eliminate or control PPO activity in crustaceans. Although a thermal process can inactivate the enzyme, it renders a product that is no longer fresh, but processed. Refrigeration has also been used to significantly reduce PPO activity. However, temperatures slightly below 0 degrees C can actually increase the rate of decomposition by accelerating endogenous enzyme activity. Freezing at minus-18 degrees-C or lower is required to inhibit PPO activity. However, freezing can also result in texture changes and reduce product values, since the product is no longer considered “fresh.”

Low-dose gamma irradiation has been shown to accelerate PPO activity in shrimp, while medium dosing had an inhibitory effect. Irradiation can cause undesirable side reactions, and many consumers are not willing to accept irradiated foods. One alternative is to utilize a combination process employing thermal treatment and gamma irradiation.

High hydrostatic pressure has also been used to inactivate PPO enzymes, but pressures in the range of 900 MPa at 45 degrees-C are required. This high pressure can only be achieved in very small devices and is not feasible on a commercial scale. Also, high pressures result in a “cooked” product, since there is a 3 degrees-C rise in temperature for every 100 MPa in pressure applied.

The use of browning inhibitors is restricted by various factors, such as toxicity, taste, aroma, texture and cost. Six categories of inhibitors prevent enzymatic browning: 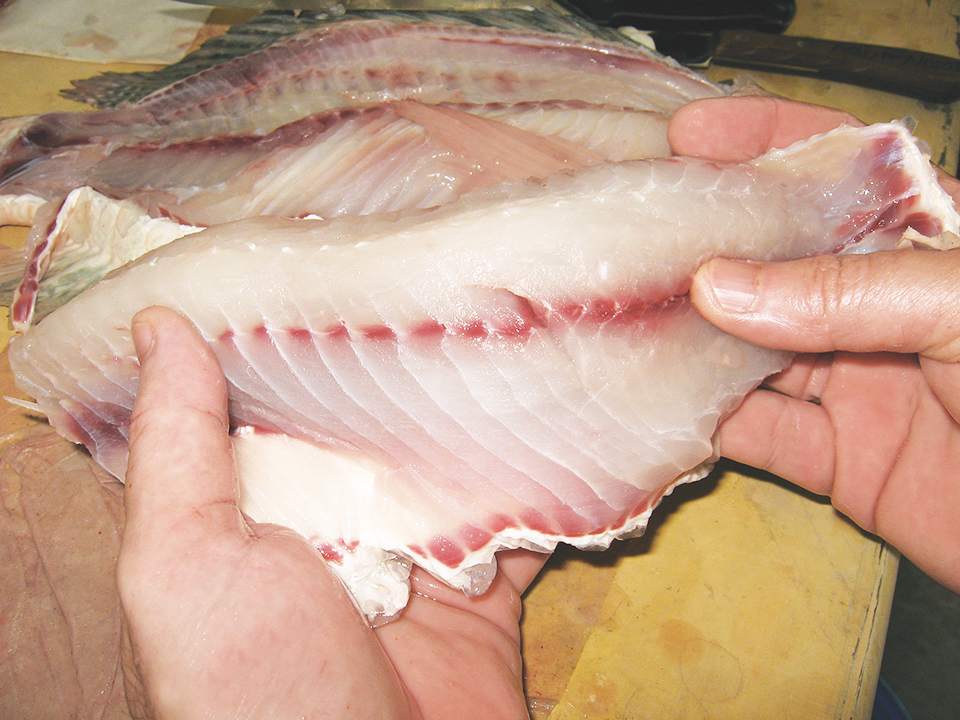 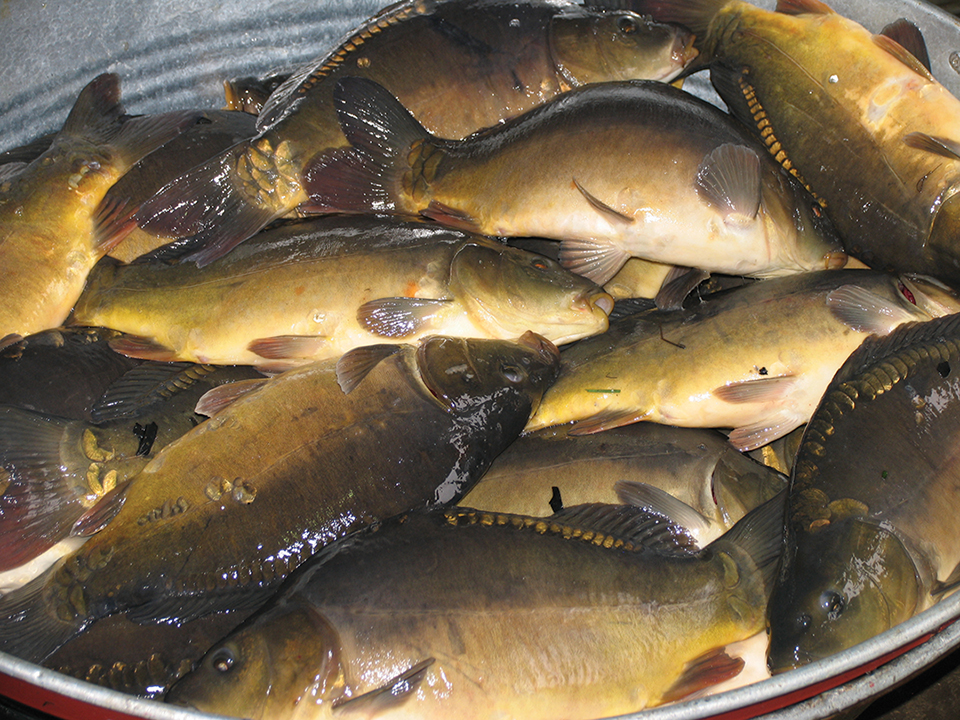