Traditionally, the people of the Coast Salish and other First Nations residing along the Pacific Northwest coast of Canada harvested and consumed a variety of shellfish species, including the “heart clam” or “basket cockle” (Clinocardium nuttallii). Cockles are a common, though not overly abundant, bivalve in British Columbia waters, where they are normally found in low intertidal and subtidal regions, especially in areas of eelgrass and sand/mud substrates.

Over the years, intertidal populations of this species dwindled due to overharvesting, foreshore alteration, and pollution. As a result, this traditional food source is rarely utilized, but British Columbia First Nations have maintained an interest in the potential revitalization of cockle populations.

With the collaboration of the Penelakut Indian Band of Kuper Island, B.C. and funding from the National Research Council and Fisheries Renewal B.C., IEC International initiated a small project in 1998 to examine the potential of basket cockles for aquaculture. IEC International is a private research, environmental monitoring, and consulting firm located in British Columbia.

Initial spawning efforts in a local hatchery were not successful. Fortunately, a wild seed source was identified and generously contributed by Fan Seafood’s Ltd. for preliminary grow-out trials.

The initial phase of the project was to develop and evaluate the site infrastructure. Seed cockles were planted at two locations on the northeastern side of Kuper Island. One location was in a protected site on the inside of Penelakut Spit (Clam Bay) with a substrate consisting of mud and silt. The other location was at North Beach, a more exposed site on the outside of the spit with a sand, silt, and gravel substrate. The seed was planted using similar densities with three barriers of predator protection: netting, bags, and buckets. Growth and survival were regularly monitored.

The grow-out occurred over a period of 273 days. The seed, which was rather large when planted, achieved greater growth outside Penelakut Spit than in Clam Bay itself. The mean length of 64.3 mm for cockles from North Beach compared to 60.0 mm at Clam Bay. The mean weight of the cockles from North Beach was also greater – 87.8 grams, compared to 60.9 grams at Clam Bay.

Survival in all intact plots was 100 percent, indicating the cockle is an exceptionally hardy animal, once it survives its juvenile stage. Survival was also enhanced by the several forms of predator protection.

Once it was shown that cockle seed could be successfully transplanted and cultured with an expectation of reasonable growth and survival, a series of market studies and taste tests were undertaken through a collaboration between IEC, Manatee Holdings Ltd., and the Science Council of B.C. (MART). Samples were also tested for paralytic shellfish poisoning uptake by the Canadian Food Inspection Agency.

Armed with updated and encouraging growth, survival, market and PSP data, it was time to go back to the hatchery and deal with that particular aspect of the equation. In the spring of 2002, IEC secured the appropriate federal permits for broodstock collection and worked collaboratively with Unique Sea Farms Ltd. and Manatee Holdings Ltd. to move the project forward.

Broodstock conditioning, spawning, and seed production were successful, and the seed produced was transferred to the Gartley Point Shellfish Nursery, located just south of Courtenay, B.C. During February and March 2003, the nursery seed underwent a health examination by Dr. Susan Bower of the Pacific Biological Station in Nanaimo, B.C., and a positive “Shellfish Health Report” was issued.

In April 2003, IEC obtained the necessary transplant permits to outplant larger numbers of the hatchery-produced cockle seed at locations along the B.C. coast to enable further grow-out evaluation in differing biophysical conditions. Shortly, in collaboration with members of the Penelakut, Kwakiutl, Nuuchahnulth, Cowichan, Chemainus and Huuayaht First Nations, larger-scale outplanting will begin. A summary of results is expected to be complete in 2004.

The goal of the cockle project was to examine the potential that aquaculture technologies might have in the production of basket cockles as an additional and culturally significant food source for First Nations in British Columbia.

Through a series of collaborations, IEC International has successfully addressed several aspects of the program, including the broodstock collection, conditioning, spawning, nursery, and grow-out phases of cockle culture. Preliminary studies have also reviewed market, taste, and PSP uptake. Work will continue into 2004 with the evaluation by First Nation participants of this cockle species as a candidate for aquaculture.

It is expected the project will result in B.C. First Nations undertaking pilot-scale culture operations of the cockles for food, ceremonial, and culture purposes. Larger-scale production of the cockles as a new commercial shellfish species in British Columbia could follow later. 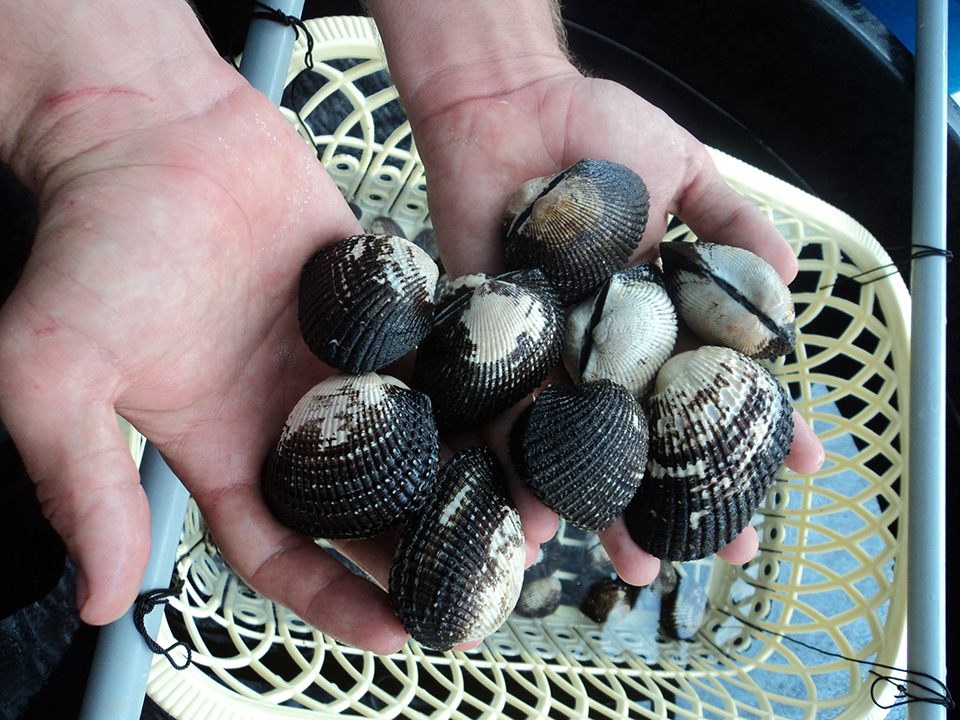 In Peru, some wild cockle communities have been so overfished that total fishing bans are being considered. A project was therefore established to develop sustainable spat production as a crucial step toward the implementation of a conservation strategy for blood cockles that fosters social aquaculture and stock enhancement. The project rested on the establishment of protocols for reproduction, larval culture and seeding; development of diagnostic tools for molluscan pathogens and the study of blood cockles’ genetic diversity. 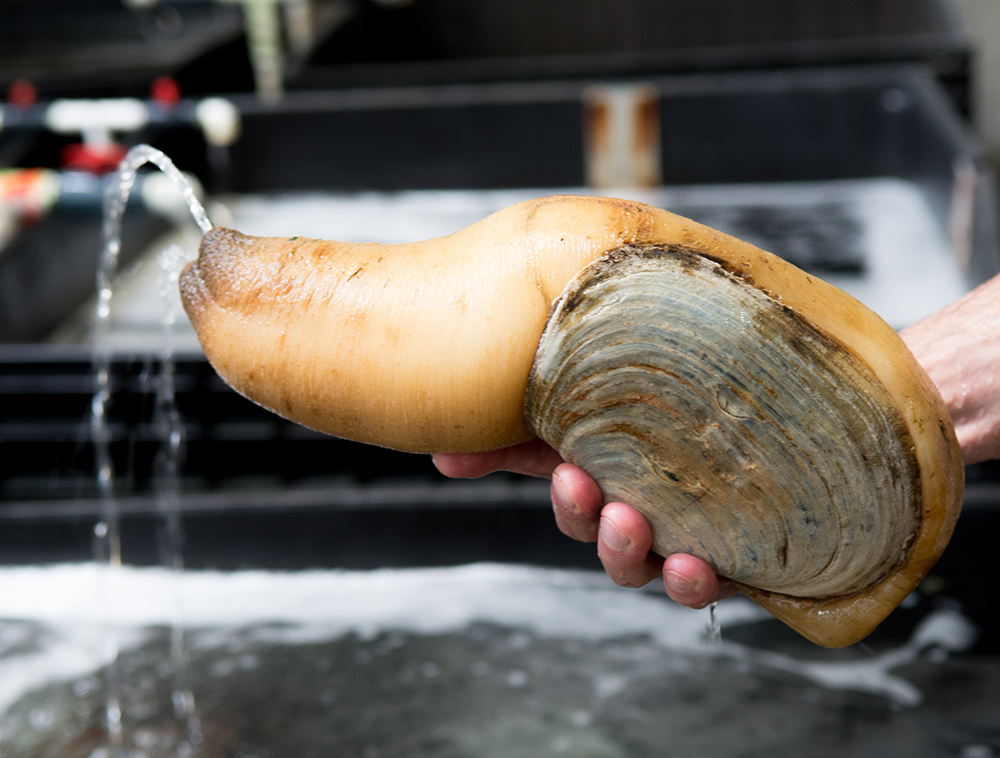