Feed is an investment, not a cost

Managing costs is a continuous challenge for all businesses. In aquaculture, managing feed costs is a primary focus because feed normally is the largest single cost item when compared to all other inputs. Frequently, the approach taken when managing this cost item is to reduce the total cost of the feed used and/or reduce the unit cost (price) of the feed. In either case, the focus is on “cost.”

Is this the best business strategy? Likely not, because it is a much better business practice to consider what we pay for feed as an investment and not as a cost. Cost is an outlay of money required to get something, whereas an investment is an outlay of money with the expectation of gaining a profit. In the latter case, the focus is on return on investment, not just cost or price. Almost any additional cost may be justified if the return is increased.

If the above assumptions are correct, then the primary profit opportunities in aquaculture do not lie in production ponds, but rather in the minds of the influencers and decision makers concerned with feed purchases. The challenge thus becomes changing the paradigm so that feed is viewed as an investment and not as a cost.

Feed influences the outcomes and productivity of aquaculture animal production systems to a far greater extent than it does for warm-blooded animal production systems for chickens and pigs. In both cases, feed significantly influences growth rate, survival, feed efficiency, reproductive efficiency and consumer product quality. However, the situation is much more complicated in aquaculture systems.

High-performance aquaculture feeds must meet these more demanding criteria in their formulation, manufacture and application. The lack of attention to these criteria results in lower-performing feeds, declining productivity and reduced profits.

In 2013, Zeigler Brothers undertook a project to compare the growth performance of different commercial shrimp feeds available in the Western Hemisphere marketplace. The feed trial was conducted in an indoor research facility using recirculated clearwater.

On November 7, each of the 0.03-m3 tanks were stocked with five animals averaging 8.43 g in weight from a commercial shrimp hatchery in the continental United States. Each feed was fed to eight replicates with feeding occurring 15 times a day. Salinity was 33 ppt, and the temperature was 29 degrees C. Lighting was provided 12 hours on and 12 hours off. The results of the 35-day study are presented in Table 1.

*Treatments associated with the same letter are not statistically different at the 5% level. Eight of the feeds had 35 percent protein, while feed 9 was 28 percent protein. Feed 1 was specially formulated to produce maximum growth. Feed 2 was arbitrarily designated the control feed to which all other feeds were compared on a percentage basis.

Shrimp growth through the study was considered normal for this type of experiment. Shrimp given feed 1 grew the fastest, 2.51 g/week, which was statistically different than all other feed treatments except the control, in which shrimp grew at a rate of 2.13 g/week. The growth rates for all of the other feed treatments was numerically (some statistically) lower than that of the control.

Although the growth data are quite definitive, no data was accumulated on feed efficiency, survival, stress tolerance, integrity of the immune system and resistance to disease. These and many other factors affecting profitability are well known to be related to nutrition, feeds and feeding.

We can do better

Economic modeling using current economic data showed that a 15 percent improvement in growth rate could absorb a 25 percent ($0.279/kg) increase in feed cost and still break even. This clearly illustrates that making feed-purchasing decisions based on the lowest-cost feed is quite likely to marginalize profit opportunities.

A much more successful and profitable aquaculture industry is on the horizon, if and when the paradigm can be changed to view feed purchases as an investment and not as a cost. Both customers and suppliers alike would be well served through a concerted team effort to change the paradigm. 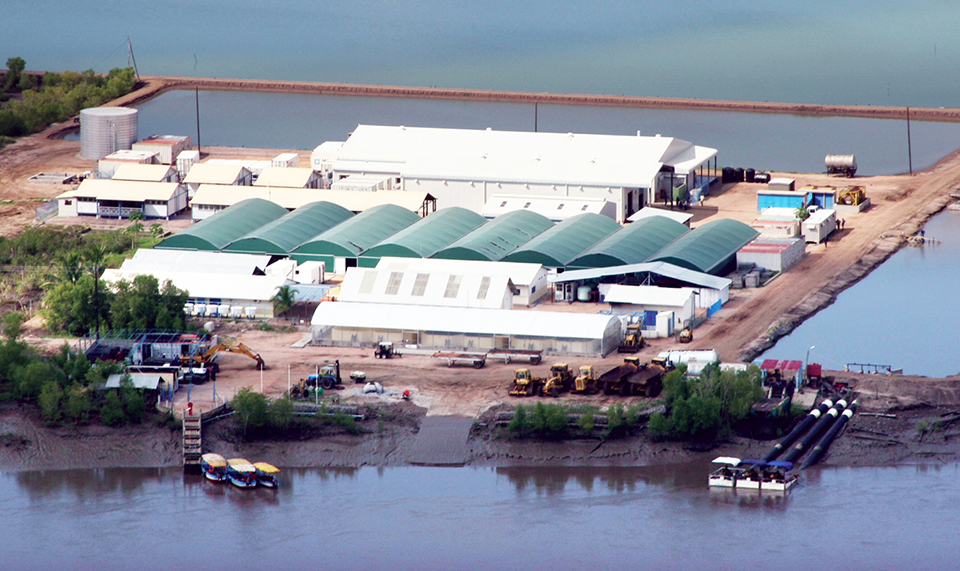 Research at a hatchery in Mozambique has demonstrated the possibility of developing acquired immunity to white spot syndrome virus within shrimp. The approach involves activating the immune system via a specific manipulation of water parameters during the treatment, intensity level and timing, with the secondary help of immunostimulants.