The Arctic charr (Salvelinus alpinus) is a well-regarded sport and food fish. It is also a good candidate for aquaculture production, especially at high latitudes, as it can be cultured at high stocking densities in intensive, recirculating systems, with high growth rates at low water temperatures; it also has a high fillet yield and is adaptable to niche marketing. Commercial farming of Arctic charr started in the early 1980s, with annual global production estimated at between 6,000 and 10,000 metric tons, with most production in Northern Europe.

There are still gaps in the controlled production of Arctic charr and opportunities and needs for technology improvements to enhance its commercial culture. For example, initial culture used broodstock holding conditions and egg-rearing regimes analogous to those used for rainbow trout (Oncorhynchus mykiss) and other salmonids. However, commercial experience showed that species‐specific conditions for broodstock and egg rearing regimes were necessary. Fertility issues, which are manifested in highly variable gamete quality, fertilization rates and low hatching rates are important reasons behind the limited development of the industry to date.

Arctic charr strains used in aquaculture are derived from various wild populations, and some are selectively bred. There are many significant differences between broodstock of different strains of Arctic charr. They differ in age at first spawning and using late maturing strains in selective breeding is advantageous to postpone first spawning. In addition, resistance to fungal infections in adult fish appears to be heritable, and this trait could be connected to resistance against fungal infections in eggs. It also seems to be positively correlated to the age at first spawning. However, selection for resistance to fungal infections has so far reported to be too expensive and difficult to assess.

Fecundity and egg viability differ greatly between strains, partly due to the origin of broodstock. But different holding conditions and broodstock age are highly influential on egg viability and fecundity as well. It is difficult to attribute broodstock performance directly to its origin, as other influential parameters and requirements to the environment differ between strains. Egg survival does not appear to be a heritable trait, so it is unlikely that one particular strain has higher egg viability solely based on its origin.

Egg quality and other properties differ not only between Arctic charr strains, but also between individual families. An experiment using half-sib [half-brother or half-sister] families demonstrated that parental effects are one cause of differing metabolic rates in Arctic charr embryos between families. The differences in metabolic rate between families persisted when corrected for developmental stage and the time of the measurement taken, indicating genetic or epigenetic [heritable phenotype changes that do not involve DNA alterations] effects. Also, large differences in egg viability were found between families in a study on egg incubation temperature, and the reason(s) for the large between-family variations in egg survival is not determined.

The role of fatty acids in broodstock nutrition of Arctic charr is poorly understood. Some studies have shown a connection between fatty acid composition and egg survival, while others have reported no connection. The ambiguous results may be attributed to inadequate experimental procedures and other factors, encompassing the entire process from fatty acid concentrations in the feed, via fatty acid concentrations in eggs and sperm, to egg survival. The importance of dietary fatty acids for the reproductive success of farmed Arctic charr could be related to the ratios of certain fatty acids (polyunsaturated fatty acids, or PUFAs) in eggs, with studies showing differences between eggs of wild and farmed Arctic charr.

The diet of Arctic charr ranges from entirely freshwater based in stationary populations to approximately 90 percent marine based in anadromous [fish that migrate from saltwater to freshwater to spawn] populations. Consequently, higher dietary inclusions of specific fatty acids may only be required by strains of stationary origin. Besides potential strain-specific differences in dietary fatty acid requirements of Arctic charr, other factors such as temperature can influence physiological processes, resulting in less favorable fatty acid compositions in farmed Arctic charr.

Various physiological mechanisms may considerably alter the fatty acid composition of Arctic charr eggs, more importantly than initial diets, but this has not been investigated. And the role of lipid reserves and physiological mechanisms in determining the fatty acid composition of eggs of farmed Arctic charr requires further investigation. These mechanisms may have the potential to ensure the production of viable gametes based on various feeds. Lipid reserves have been shown to play a major role in anadromous Arctic charr, where around 30 to 40 percent of the lipid storage can be used between the time of reentry to freshwater and spawning and about 25 percent is deposited in the gonads.

The timing and synchronization of spawning in Arctic charr are determined by environmental cues, mainly day length and temperature. Spawning can be synchronized by manipulating and controlling environmental cues in aquaculture facilities. Photoperiod manipulations have been investigated to synchronize spawning and to set the spawning period in Arctic charr. Synchronization of spawning has also been achieved by manipulating water temperature. Synchronous spawning can be triggered using hormone treatments under suitable conditions.

Day length is regarded as the most important environmental cue controlling reproductive development in salmonids, including Arctic charr. Photoperiod manipulation in the species has been studied since the late 1980s. In general, spawning can be advanced or postponed in Arctic charr, which is particularly useful if water temperatures are more favorable for egg development outside the natural spawning season. Synchronization of male and female fish can also be achieved by manipulating only one sex. Arctic charr reacts the most to differences in light intensity, which makes it most important to keep the night as dark as possible.

Captive Arctic charr are stripped to extract their eggs, and stripping has to occur within four days post-ovulation, as stripping overripe eggs results in reduced egg quality. Consequently, ripe females need to be identified at the appropriate time, which is most effectively achieved by sorting the broodstock during the spawning season. Determining the sex of the fish is challenging; ultrasonic scanning was found to be impractical, and morphological characteristics during the spawning season appear to be the most appropriate trait to determine sex in Arctic charr. Males have bright red or orange spawning coloration, especially on their bellies and flanks, and their snouts become more pointed, turn light brown and develop a hooked kype [the distinctive hooking of the lower jaw in male salmonids]. However, females can also develop spawning coloration.

Egg quality in cultured Arctic charr is often highly variable, and low, and it is reflected in egg survival, which is additionally influenced by the rearing environment. The effect of egg quality per se is more distinguishable when comparing eggs of different families, which are reared under identical conditions. Varying fertilization rates between 59 and 100 percent, and survival rates between 9 and 98 percent, have been reported.

There is a positive connection between female age, egg size and egg viability. In some studies, egg survival has shown a stronger correlation with egg size than with female age. Improvement of egg survival by size was reported in eggs between 4 and 5 mm, but not smaller. However, egg size does not always correlate to egg viability and pre-hatch survival, and many effects are first revealed post-hatch. A comparison of average egg weight, ranging from 59.0 to 113.0 mg, between Arctic charr families in Iceland revealed no correlation between egg weight and survival until the eyed stage or first feeding, or the frequency of abnormally shaped alevins. Egg size and weight are variable, and change depending on environmental factors. Egg size was reported to decrease when broodstock were held at high summer temperatures, and to increase when broodstock were kept in seawater during the summer.

In Arctic charr, considerable variations in fecundity between different broodstocks were documented. Fecundity also varies by the age of the fish. Generally, a fecundity of 3,000 to 4,000 eggs per kg of fish may be expected, but fecundity can also be altered by environmental conditions, such as photoperiod.

Extensive information is available regarding the timing of spawning and its manipulation through photoperiod, temperature and hormone treatments. Spawning can be induced by short-day photoperiod and water temperature reduction to 5 degrees-C. There are large differences in hatching success rates between families, and differences between strains are concerning and require further investigation. Direct comparative studies between stationary and anadromous stocks are needed.

From available data, it is not clear if the fatty acid composition of the diet is problematic for Arctic charr in freshwater stocks, and a diet rich in omega-6 fatty acids may be needed. 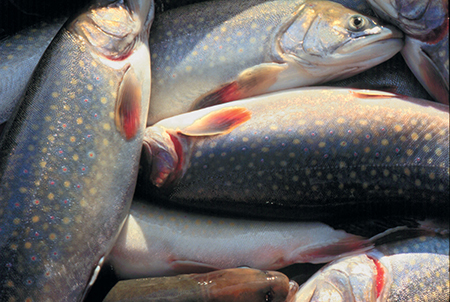 Abandoned mine sites are a significantly underused aquaculture resource in rural West Virginia and the Appalachian region. 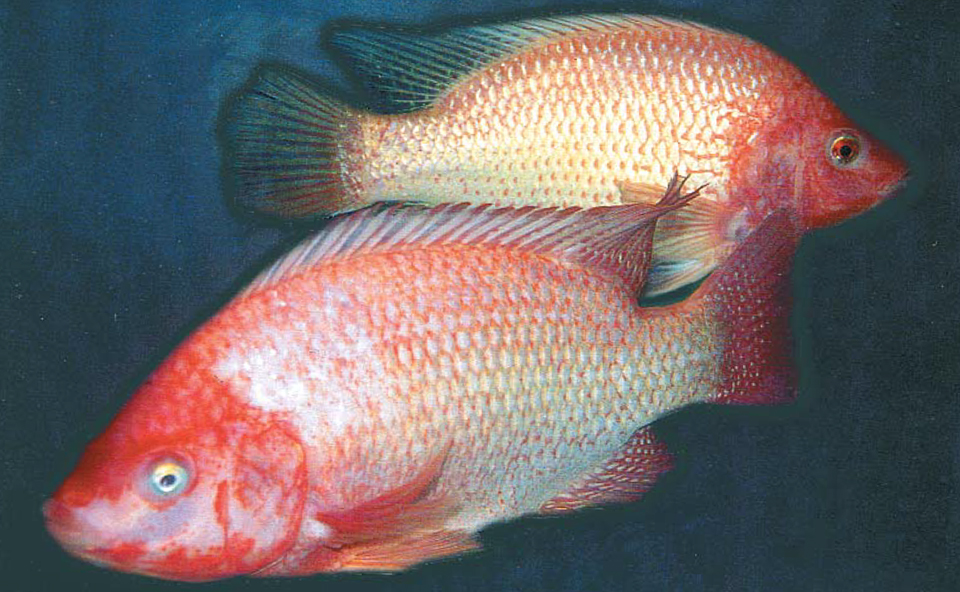