They are microscopic methane-munchers, these teensy bacteria that turn methane into carbon dioxide, water and energy. And even omega-3 fatty acids, the primary hook upon which the nutritional benefits of seafood consumption hang.

Scientists in the United States and United Kingdom are working to engineer methanotrophs – micro-organisms found in soils and sediments – that can produce the omega-3s that farmed fish currently get from fish oil sourced from forage fisheries. Until now, omega-3s have only come from marine sources.

“We’re trying to replicate the process that occurs in marine algae,” said Josh Silverman, Ph.D., who five years ago founded startup Calysta in Menlo Park, Calif., to use biotechnology to transform abundant resources into useful products.

If they can perfect and scale the process, they may have an economic and environmental blockbuster, as methane is a considered a far more potent greenhouse gas (GHG) than carbon dioxide and is the second most prevalent GHG emitted from human activities. But it’s only one of the innovative avenues researchers are developing to solve the problem. Microalgae and genetically modified yeast have also been part of the mix.

Marine algae at the base of the food chain photosynthesize sunlight into energy, producing the long-chain essential fatty acids EPA and DHA — eicosapentaenoic acid and docosahexaenoic acid. Algae supply the omega-3s found in forage fish like anchovy, menhaden and sardines, the key species utilized by fishmeal and fish oil manufacturers that supply farmed fish diets with essential nutrients.

Fishmeal and fish oil were the main ingredients in Norwegian salmon feed two decades ago, but by 2013 only 30 percent of the ingredients were of marine origin and 70 percent were of plant origin, according to a 2014 Nofima report by Trine Ytrestøyl, Turid Synnøve Aas and Torbjørn Åsgård.

For more than a decade, industry and academic scientists have searched for alternative sources for the fishmeal that provides protein and the oil that provides the omega-3s. Soy often provides at least some of the protein in feed. But stretching fishmeal and oil has taken a toll on omega-3 content in farmed fish, particularly salmon.

“It’s an industry-wide thing [affecting salmon and other farmed fish] due to the finite levels of fish oil being spread thinner and thinner as the aquaculture sector continues to grow to feed an ever-increasing population,” said Matthew Sprague at the Institute of Aquaculture at the University of Stirling in Stirling, Scotland. “We have a large dataset showing this. Despite the decline in these beneficial fatty acids, farmed Atlantic salmon still remains a good source of EPA and DHA, delivering more than most other fish species.”

Terra Via, Alltech get in the game

A number of companies are competing to nail all the criteria needed to become a successful replacement: competitive cost, scale, quality and a positive eco-story. That means new feed ingredients, at a minimum, should not lead to any new environmental problems — and at best provide marketers with a green halo to help distinguish their farmed salmon.

“Everything is really coming together at the same time,” said Graham Ellis, senior VP-business development for Terra Via, a publicly traded company near San Francisco that since 2003 has produced microalgae for use in fuels and chemicals.

We see our big advantage as being able to use methane as a feedstock because methane is the cheapest source of carbon on the planet.

Initially founded as Solazyne, the company in recent years has focused on producing microalgae for human and animal nutrition and personal care products.

Terra Via has had the facility and technology for several years, but decided, with its partner Bunge Oils, about a year ago that the time was right to launch as prices for fish oil climbed. The Solazyme-Bunge joint venture has produced algae-based ingredients since 2014.

AlgaPrime™ DHA, which the company said offers nearly twice the omega-3 levels found in fish oil, launched early this year and secured its first customer within a month, said Ellis. It has started shipping material to BioMar, a major feed producer.

The microalgae are produced at a sugarcane farm in Sao Paulo, Brazil, in some of the world’s largest aerobic fermenters. The algae are grown on sugarcane certified sustainable by third-party organization Bonsucro.

“We’re able to bring an economy of scale that this industry needs that’s never been applied for production of DHA from microalgae,” said Ellis. “Now is the time the industry must find new solutions. They’re absolutely ready.”

Alltech is growing microalgae to produce the DHA and EPA omega-3 fatty acids, as an ingredient already used in salmon feeds. The microalgae is grown without light in a stainless steel fermenter eight stories tall. Its production facility in Winchester, Kentucky, can produce about 10,000 MT annually. It is sustainable, traceable and consistent, said Nikki Putnam, registered dietitian and nutritionist.

The microalgae are grown using a method akin to a starter for sourdough bread. All-Tech begins with a natural, isolated culture of microalgae that is cryogenically frozen and uses it to inoculate increasingly larger batches to produce biomass.

The feedstock is a sugar-based substrate derived from corn.

“We currently use glucose from corn, as that is most readily available and cost-effective today,” said Dr. Becky Timmons, spokesperson for Alltech, “but have evaluated and continue to evaluate a variety of carbon sources for future needs.”

Replicating omega-3 fatty acids is especially challenging, said Scott Nichols, founder and CEO of Food’s Future, and a member of the board of directors for the Aquaculture Stewardship Council.

“The number of steps it takes to get from a plant sort of fatty acid, which is 18 carbons in length with one double-bond, to get to something 20 carbons in length and with five double-bonds has many, many different and complicated steps,” said Nichols. “And so figuring out how to do that and make it work efficiently in a way that’s cost-effective is quite a feat.”

Nichols departed from Verlasso, which he co-founded, last year. Verlasso is a joint venture between ag-chemical giant DuPont and farmed-salmon giant AquaChile, that resulted in a genetically modified yeast carrying genes from an omega-3 producing algae. The development allowed the company to reduce its reliance on forage fish as part of the salmon’s diet.

However, Verlasso’s feed model is changing and no details are available yet on the new feed, GM Albert Fischman said in an e-mail. 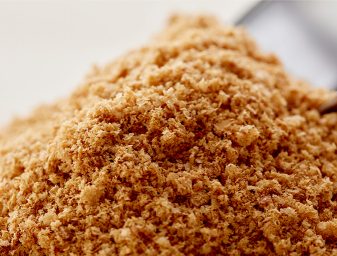 Scientists and environmental non-governmental organizations alike caution the aquaculture industry to think through and be cautious about all aspects of a new ingredient’s environmental footprint.

Jillian Fry studies the food system using a public health lens and is the project director for public health and sustainable aquaculture at the Johns Hopkins Center for a Livable Future. Fry is the lead author of a review article published this spring in Environment International that examined the implications of shifting aquaculture feeds from marine to terrestrial sources.

“I started to have questions about the environmental footprint of the plant-based feeds and I didn’t find much about it,” said Fry. “What I was seeing in the literature was a disconnect [in which] feed coming from plant sources was seen as sustainable and there wasn’t much attention given to the facts that that also takes resources to produce.”

Her study showed producing the crops used in aquaculture feeds uses significant amounts of land, water and fertilizer, which contributes to and could compound environmental issues like nutrient runoff and pesticide use related to agricultural production.

“We’re raising questions,” said Fry. “We wish we could have more answers, but it’s still valuable to point this out and provide this information to the aquaculture industry. We still need to pay attention to the environmental footprint, even if it’s plant-based feeds.”

Aaron McNevin, director of the aquaculture program at the World Wildlife Fund, said all environmental impacts — including effects on climate change, land use and water use — should be considered.

Fry and McNevin’s concerns are one reason the details about the feedstocks used in production of an ingredient to replicate omega-3 fatty acids are likely to be just as paramount as price. Terra Via looked to third-party certification of its sugarcane feedstock as produced with low carbon, water and land use impacts.

Plus, said William Dean Mooney, sustainability and policy specialist for Terra Via, the sugarcane feedstock is not genetically modified and the waste sugarcane material is renewable energy used to make electricity and steam to power the sugar mill and fermentation facility and satisfy other power needs.

What I was seeing in the literature was a disconnect [in which] feed coming from plant sources was seen as sustainable and there wasn’t much attention given to the facts that that also takes resources to produce.

Sugar may be easier for consumers to understand — should producers want to tell the Terra Via story — and is ready today but methane may in time be cheaper.

“We see our big advantage as being able to use methane as a feedstock because methane is the cheapest source of carbon on the planet,” said Calysta’s Silverman, adding that will allow Calysta’s ingredient to be cost-competitive with natural fish oil.

Using methane as a feedstock means adding carbon to the food chain, instead of displacing food supply. “This is carbon that would otherwise never get to human consumption,” added Silverman, who is Calysta’s chief product and innovation officer.

We’re less than a decade away until Calysta’s methanotrophs turn methane into a market-ready new ingredient. 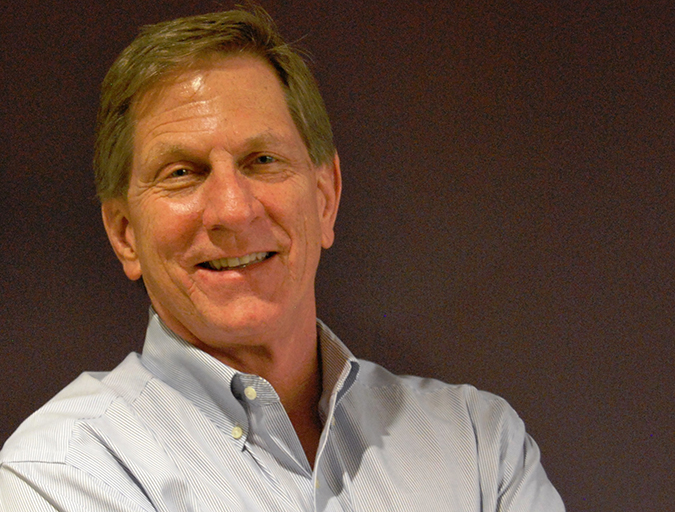