From 1999 to 2015, there was tremendous progress in tilapia farming in Bangladesh. The United Nations Food and Agriculture Organization (2016) reported that, in 2014, Bangladesh ranked third after China and Indonesia among the top tilapia producing countries in the Asia-Pacific region. Production increased from 2,140 metric tons (MT) in 1999 to 347,801 MT in 2015. Meanwhile, more than 400 hatcheries and over 15,000 small, medium and large commercial farms were established all over the country. The hatcheries produce more than 5 billion monosex fry every year.

The Genetically Improved Farmed Tilapia (GIFT) strain of Nile tilapia (Oreochromis niloticus) was introduced in 1994, supplied by WorldFish (formerly ICLARM) under the “Dissemination and Evaluation of Genetically Improved Tilapia in Asia” (DEGITA) project. A second introduction took place in 2005 from Malaysia, with the development and continuous improvement of strains by genetic selection at the Bangladesh Fisheries Research Institute (BFRI).

This was followed by dissemination of these improved strains and adoption of low-cost and appropriate breeding and aquaculture technologies in a large number of tilapia hatcheries and farms within a span of 11 years (2005 to 2015), during which tilapia production increased more than 18-fold in Bangladesh (Fig. 1).

However, in private hatcheries the repeated use of the same parent population led to poor broodstock management, and no new stock replenishment resulted in the production of inferior quality seedstock and genetic drift in hatchery population that inhibited sustainable tilapia production. To mitigate this, BFRI conducted a well-designed family selection research project during 2005 to 2015 at BFRI’s closed tilapia breeding nucleus, and from 2012 to 2016, WorldFish, Bangladesh and South Asia joined the effort to establish and run outdoor breeding nuclei at private sector tilapia hatcheries in Bangladesh.

Concerning the genetic selection program and the cumulative gain achieved at BFRI, a genetic selection program was conducted at a closed nucleus of Nile tilapia (Oreochromis niloticus) to manage genetic gain and inbreeding over the 10 years from the establishment of the founder stocks in 2005 to the latest generation in 2015. In March 2005, the founder stock was introduced from the Jitra Station, Malaysia through the WorldFish Center to BFRI; this included 300 fingerlings from 30 families (10 fish/family) of the GIFT strain.

Progeny of each generation was produced (including the assembly of the founder stocks in 2005 and the base generation in 2007) from 60 males and 60 females. The average harvest body weight of the population was 187 grams. The survival rate was rather high over the grow-out period of about six months (90.4 percent). In this study, genetic gain was measured as estimated breeding values (EBVs) for each generation of selection. Relative to the base population, the gain achieved after nine generations of selection was 36.6 percent, averaging 4 percent per year or generation (Fig. 2).

Regarding maintenance of genetic diversity, the selection program also successfully managed inbreeding to an average rate less than 1 percent per generation. The population still shows substantial genetic diversity, indicating that family selection effectively increased genetic gain and managed inbreeding in the current population of Nile tilapia in Bangladesh. There is, hence, scope for future selection to improve growth and other traits of economic importance.

Seed production and dissemination of the improved GIFT strain

WorldFish, Bangladesh and South Asia came forward from 2012 to 2016 to establish a number of “Tilapia Breeding Nuclei” (TBNs) under the Regional Fisheries and Livestock Development Component (RFLDC) of the Danish International Development Agency (DANIDA); the Aquaculture Income for Nutrition (AIN) and the Cereal Systems Initiative for South Asia-Bangladesh (CSISA-BD) projects using 11th generation of the improved GIFT strain collected both from the Jitra Station, Malaysia and the Freshwater Station, BFRI, Bangladesh.

Meanwhile, a total of seven TBNs have successfully been established and operated in seven small, medium and large-scale commercial private hatcheries in the Jessore, Narail, Bagerhat, Barisal, Rangpur and Mymensing regions of the country (Table 1). Both selective breeding and rotational breeding techniques have been applied in these TBNs to produce generation-wise, improved GIFT fry. Last year (2016) a total of 2,360,000 improved GIFT fry were produced and distributed / sold from these TBNs among 47 tilapia hatcheries in the Rangpur, Jessore, Narail, Fardidpur, Khulna and Barisal regions.

For this year (2017), there is a target for these TBNs to produce more than 3 million improved GIFT fry and to distribute them among 70 multiplier tilapia hatcheries in the Southern, Northern and greater Mymensingh regions and beyond. In this way, it is expected that between 2020 and 2022 the majority of the commercial multiplier tilapia hatcheries of the country will be covered and supported by these TBNs.

BFRI and WorldFish, Bangladesh and South Asia will continue setting up satellite breeding nuclei in remote regions of Bangladesh to increase both the quality and the quantity of tilapia commercial seed production. Strengthening the genetic improvement program in particularly at BFRI will further promote sustainable production of tilapia in Bangladesh.

The public and private hatcheries will act as the multipliers for the dissemination of high-quality broodstock animals, to adapt to the wide range of tilapia farming systems of the large grow-out farmers in the country.

This novel attempt undoubtedly will enable most of the tilapia hatcheries located in all these regions to produce high-quality tilapia seedstock using these improved GIFT fry/brood stocks, to continue the progress of rapid expansion of tilapia farming in Bangladesh. 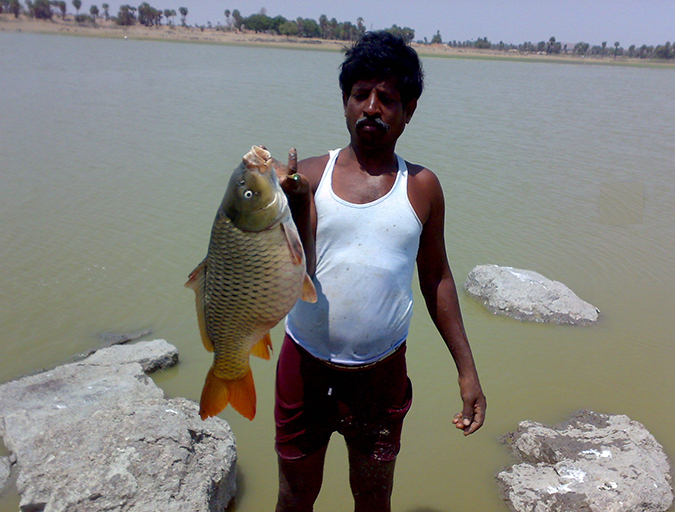