Interest in and development of aquaponic systems has grown rapidly in the last 10 years. Aquaponics offers a unique way to produce fish in a controlled environment while minimizing water use and waste discharge. Aquaponic systems vary in size from small-scale designs appropriate for households to larger commercial operations with yields able to supply farmers markets and high-end restaurants.

Many of the systems in operation are designed to produce freshwater fish and vegetables that grow well hydroponically. While there is great interest in marine aquaponics, development of marine systems has been constrained by limited land-based production of marine fish species and the selection of appropriate edible plant species that grow in saltwater.

Mote Aquaculture Research Park (MAP), the University of South Florida Civil and Environmental Engineering program, and Morningstar Fishermen partnered to design and study a marine aquaponic system. Building on past joint research on an integrated multi-trophic aquaculture system, the goal of the current project funded by Florida Sea Grant is to demonstrate the feasibility of a marine aquaponic system and explore its environmental and economic sustainability.

Florida red drum, Sciaenops ocellatus, was selected for the fish species because of its heartiness and ability to tolerate conditions with only 12 to 15 ppt salinity. While harvests of wild-caught red drum have declined in recent years, the species is a popular sport fish, and farm-raised fish can be sold commercially.

Both sea purslane and saltwort are typically harvested from the wild. Research suggests they have numerous health benefits, including high omega-3 fatty acid, vitamin A and vitamin C content. A local nursery that produces both species for coastal restoration projects provided cuttings for the aquaponic system.

Solids were removed first through a swirl separator then through an upflow media filter for fine solids removal. A moving-bed bioreactor was used to ensure enough nitrification capacity and subsequent fish health.

Four plant raceways with dimensions of 12.8 m x 1.2 m were constructed from wood and lined with polyethylene. Cuttings for the two saltwater plant species of 7- to 10-cm length were stocked in the raceways in early October. The saltwater vegetables were hydroponically grown in net pots packed with coconut fiber and supported on polystyrene rafts floating in the raceways. Once water exited the plant raceways, it flowed to a holding tank before being recirculated back to the fish tanks.

Due to the presence of salt in the solids, they could not be discharged to the environment or used as a soil amendment, as commonly practiced in freshwater aquaponics. For this reason, the MAP system was equipped with a sand filter to collect backwash from the radial flow filter and upflow media filter. The solids collected will be used in another project exploring their potential for methane production through anaerobic digestion and as a fertilizer for wetland plants grown for restoration.

The nitrate-nitrogen concentration increased weekly over the first 90 days of the experiment and did not appear to stabilize. An assessment of the system indicated the sand filter could be modified to improve conditions for denitrification.

Initially, the backwash from the radial flow filter and upflow media filter quickly passed through the sand filter. By partially submerging the sand filter media, anaerobic conditions were created. These conditions, combined with the high nitrate-nitrogen concentration and high levels of organic carbon in the backwash, allowed improved denitrification. Once the changes were made to the sand filter, the nitrate levels decreased.

During the first three months, plant samples were collected twice monthly for later analysis of nitrogen and phosphorus content. The sea purslane grew rapidly and performed well in the aquaponic system (Figure 3). Harvesting of sea purslane began in January. The plants are currently being sold in 0.25-lb (0.11-kg) bunches for U.S. $3.50 at a local famers market and directly to a local restaurant.

The saltwort did not perform as well initially. However, after five months, it appears to be growing better.

The red drum have performed well in the aquaponic system, with a survival rate of 98 percent. The average weight of fingerlings stocked in September 2014 was 46.5 g. On day 100, the average weight was 294.0 g, and the feed-conversion ratio was 1.2. It is anticipated the fish will be ready for harvest late this summer.

According to the Food and Agriculture Organization of the United Nations, the current global food system fails to sufficiently support the nutritional needs of over 870 million people worldwide. Meeting these needs has become increasingly difficult as water scarcity and decreased availability of arable land have begun to constrain agricultural production. Collapsing fish stocks have reduced wild-caught harvests for decades.

Novel methods of food production like marine aquaponics are key to meeting the future nutritional needs of the growing population. This research is just a beginning, and additional work on optimizing marine aquaponic systems and developing markets for the saltwater vegetables will be necessary to ensure the success of this industry. 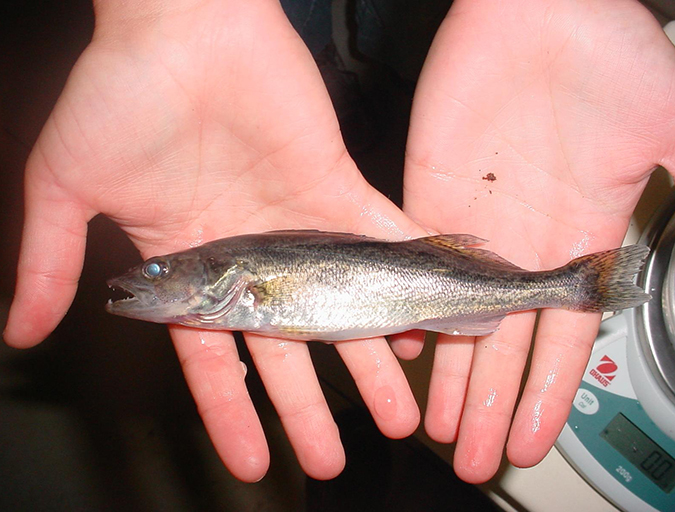