Protein levels best at between 24 and 26 percent

Protein is the most expensive component of channel catfish feeds and a primary source of nitrogenous waste in production ponds. Reducing the protein content of catfish feed to the minimum needed to promote acceptable growth can provide economic and environmental benefits in the form of decreased production cost and improved water quality. However, protein reductions must be made carefully to ensure that dietary amino acid requirements are satisfied.

Pond production trials at the Aquaculture Research Station of the Louisiana State University Agricultural Center in Baton Rouge, Louisiana, USA have demonstrated that weight gains and production yields of channel catfish fed a 26 percent-protein feed did not differ significantly from gains and yields of fish fed 28 to 30 percent levels of protein, when the amino acid composition of the feed was strictly controlled.

In these experiments, protein levels were lowered by reducing the quantity of dietary nonessential amino acids (NEAA) in the feed while maintaining essential amino acids (EAA) at levels sufficient to meet dietary requirements. Unlike typical catfish feeds, the feeds used in these trials were formulated to possess an amino acid balance similar to that of the channel catfish body.

Protein levels were reduced by progressively lowering NEAA concentrations. The total NEAA content of the feed with the lowest (26 percent) amount of protein was about 30 percent below that of the feed with the most (30 percent) protein. Excesses of all amino acids were minimized and ratios of each NEAA relative to lysine (usually the most limiting amino acid in catfish feeds) were matched to those in catfish tissues.

The finished feeds were identified as:

The feeds were custom-manufactured as extruded, floating pellets. Levels of protein, EAA, and NEAA in the finished feeds were confirmed by analysis. Energy-to-protein ratios of 37.7 kJ digestible energy per gram protein were equal in all treatments.

Juvenile channel catfish of 8 to 10 cm length were stocked into 16, 0.08-ha ponds at a density of 25,000 fish per hectare for a two-year production trial. The ponds were managed as multiple-cropped production systems with periodic top harvests and subsequent restocking.

Each feed was assigned to four ponds of fish. Fish were fed once daily during the growing season to apparent satiation at rates of 84 to 101 kilograms per hectare per day. Ponds were top harvested and restocked in the fall of the first year and in the spring and fall of the second. In the spring of the third year, the ponds were batch harvested and drained.

Results indicated that a 26 percent protein feed can be suitable for long-term production of channel catfish in top-harvested, multiple-cropped ponds. Moreover, results of a recent laboratory experiment and pond production trial at Louisiana State University’s Aquaculture Research Station suggested that feeds with protein levels as low as 24 percent may be suitable for catfish if amino acid composition is properly balanced. Further research is in progress to determine the practical lower limit of crude protein in channel catfish feeds. 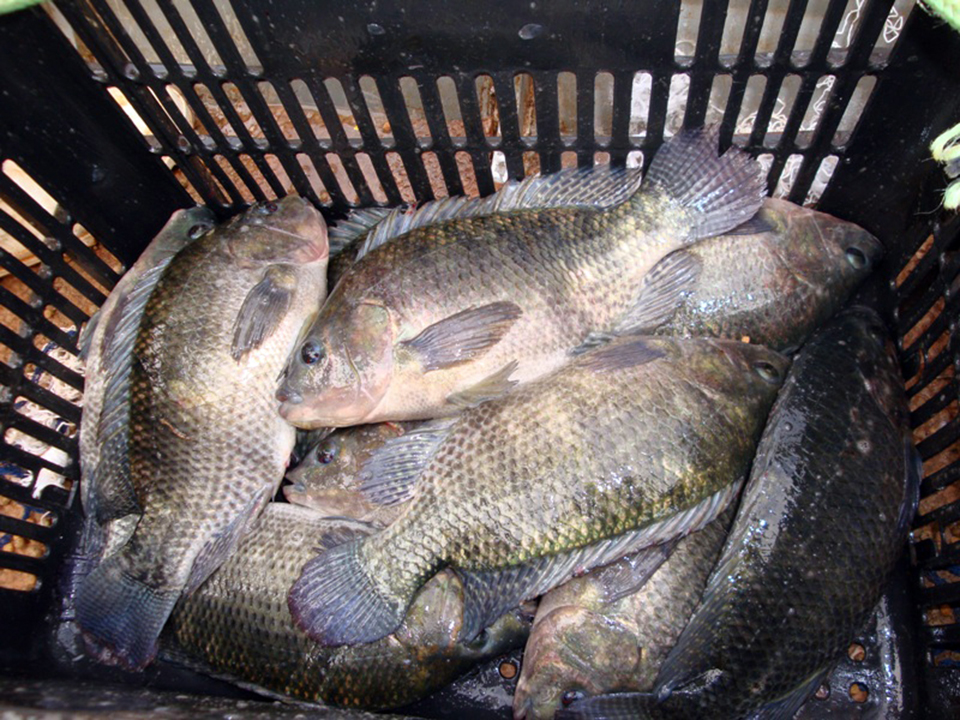 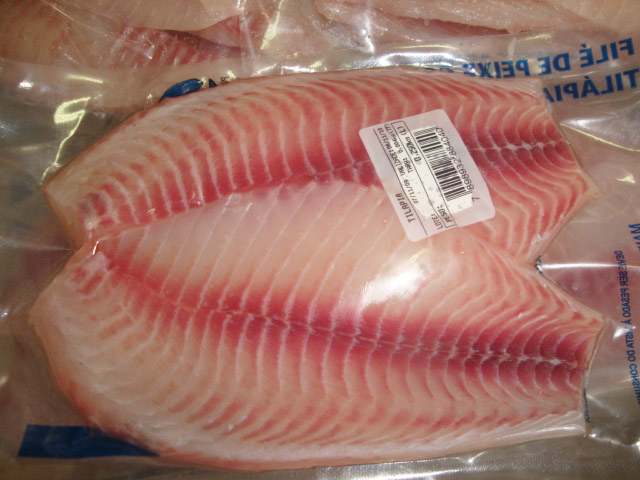