Does new technology give RPC competitive edge over novel ingredients?

To give aquafeed producers new sources of raw materials to meet the demands of increasing global aquaculture production, one Germany-based company is putting its money behind rapeseed protein concentrate, or RPC.

Traditional forms of rapeseed oil – which costs more than soybean oil with a widening margin between the two, according to the International Monetary Fund – provides unique production challenges, the founder of EuroProtein told the Advocate. But a highly customized processing method it has developed makes RPC a strong candidate to help support aquaculture’s growth and supplement supplies of soybean meal. It can increase the value of the seed itself, according to Dr. Waldemar Neumüller.

“Rapeseed is an oil plant with half of the protein content soybean has. To get this protein in a very high quality it is necessary to have a gentle and low-temperature process,” explained Neumüller, EuroProtein’s managing director and inventor of its technology. EuroProtein reduces rapeseed hulls to get a cold-pressed kernel oil of high quality then extracts toxins with environmentally friendly solvents to make RPC for animal and fish feed.

A Germany-based aquaculture investor believes that as many aquafeed solutions are on a slow development and market adoption path, RPC could quickly make an impact.

“There’s a lot of buzz around alternatives such as insects, single-cell protein, microalgae and macroalgae, for years now. This could very well happen at one point that these ingredients come to the market, but they are not there. No one is using them in large amounts, as we speak. So, what rapeseed and the technology represents, is a very easy short-term solution or additional ingredient that we can put on the market to cater the increasing demand,” said Carsten Krome, who leads Alimentos Ventures, an investment firm in aquaculture feed and technology. Krome, who is the director of the aquaculture business accelerator Hatch, joined EuroProtein in early 2017 as a strategic investor to help the product determine a route to market.

“Our technology starts with the seed,” Krome said.

To produce RPC, a crushing facility typically crushes and presses seed, which yields an oil used for biofuel. The process involves seed cleaning, seed pre-conditioning, rolling and flaking, seed cooking and pressing to mechanically remove a portion of the oil, solvent extraction of the press-cake to remove the remainder of the oil, desolventizing and toasting.

What’s left over is called the “rapeseed cake,” which is sold at a low price to the livestock feed market. It has 30 percent protein and is regarded as a low-value ingredient.

“We are not trying to increase the value of the rapeseed cake,” said Krome. “We procure seed, we crush it and treat it in a proprietary way – that leads to the concentrate at the very end.”

Neumüller believes in the company’s potential to scale up.

“We start with a reference plant. At present, protein demand is much higher than our plant can deliver. If the plan for Norway to double their salmon capacity in the next years is executed, we believe that the demand for our non-GM RPC is in the range of some hundred-thousand tons,” he said.

EuroProtein has undertaken two industrial scale trials during the last two years, and has tested the product with salmon in Norway. While the next step in its development is to build a commercial facility, that will take a significant investment. In the meantime the company is in talks with various industry partners who operate existing crushing facilities, as EuroProtein claims its technology can be used alongside theirs. Additionally, Krome believes these facilities are looking for alternatives because biofuel is on a decline due to the recent diesel scandal, particularly concerning German automobile manufacturers.

For sustainability-minded customers, EuroProtein could be a more attractive option, Neumüller hopes, because EuroProtein’s RPC is non-GMO, and local for European fish producers.

“It would require cutting down a forest area of twice the state of Berlin (nearly 900 square kilometers) every year,” Neumüller calculates, in order for soybean protein concentrate to keep up with increased demand for aquafeed from a growing aquaculture sector. “We can compensate for this with our rapeseed process – to fill the gap of aquafeed growth. Of course, it is not much in view of the 15 million tonnes of soybean growth a year, but it is a beginning, and makes fish feed more sustainable.”

If the plan for Norway to double their salmon capacity in the next years is executed, we believe that the demand for our non-GM RPC is in the range of some hundred-thousand tons.

Additionally, when compared pricewise, Krome recognizes it is difficult to compete with soy protein prices, particularly for aquafeed based on insects or microalgae. This is an area which RPC may be able to have a competitive edge against insect-based feed.

On average, Germany produces five million metric tons of rapeseed per year, which Krome feels is a great starting point for RPC to help address short-term needs in the market.

“Either you turn it back into forest, which isn’t gonna happen, or you look at it in terms of the global protein shortage: You extract RPC from rapeseed and alleviate the pressure on the rainforest and other places where they grow soy in the short term. That’s essentially how I from an ecological viewpoint see the project EuroProtein fitting in,” he explained.

High temperatures across much of Europe meant that main rapeseed producers, including Germany, France, UK and Poland, were affected by dry soil, which led to lower production.  Some farmers abandoned planting rapeseed altogether, yet Krome is undeterred regarding the potential.

“You’ve got people saying, ‘But we’ll have insects, and we’ll have single-cell proteins.’ Where are those things then?” he said. “They are not here, they will not be here in a couple of years. Rapeseed could actually weigh in.” 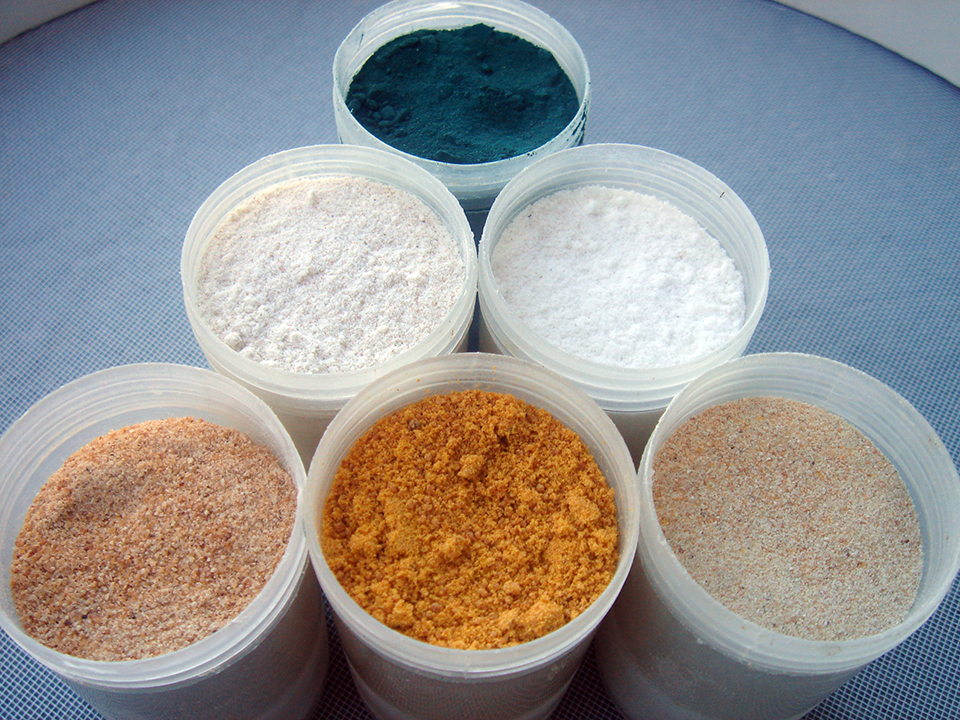