Prof. Boyd discusses the feed conversion ratio and the benefits of lowering it

Efficient conversion of feed to biomass is the quintessential feature of a properly managed aquaculture facility. The efficiency of feed use is calculated as either the feed conversion ratio (FCR) or the feed efficiency (FE).

The FCR is the feed input divided by the resulting net production; it indicates the units of feed necessary to yield one unit of biomass. The smaller the FCR, the greater is the feed use efficiency. Feed efficiency is simply the inverse of the FCR – the amount of aquaculture biomass realized per unit of feed input. The larger the FE, the greater the efficiency of feed use. The FCR is more commonly used by fish and shrimp farmers.

The FCR is based on the air-dry or “as is” feed weight, and the live weight of aquaculture biomass. This is perfectly correct from a farm management perspective, for farmers purchase feed on an “as is” basis and sell fish or shrimp on a live weight basis.

Typical FCRs are between around 1.2 to about 2.2 (FE values of 0.83–0.45) depending upon the type of feed, the species, the size of the animals, feeding practices and water quality conditions in culture systems. Sometimes, FCRs of 1.0 or less are reported, especially in salmonid culture.

It is thermodynamically and biologically impossible for the energy and nutrients in feed to be transformed completely to nutrients and energy in farmed animals. This would be the equivalent of a perpetual motion machine, which is prohibited by the laws of thermodynamics. The FCR is an indicator useful in farm management, but it is not the reality of mass balance.

A low FCR is the hallmark of an efficient aquaculture operation.

The explanation of why practical FCRs are actually illusions is found in water content. Feed typically contains 90 to 92 percent moisture (water) and live fish and shrimp usually are 23 to 27 percent water. At an FCR of 1.0, it takes 1.0 kg feed containing about 0.91 kg dry matter to result in around 0.25 kg dry matter of the culture species. The dry matter FCR would be 3.64 as compared to a practical FCR of 1.0. This means 2.64 kg of dry matter in waste are released per 1.0 kg dry matter harvested in aquaculture biomass.

The dry matter FCR is the FCR calculation of interest in water quality. The feed input is mainly consumed and absorbed across the intestine. But, a portion of the dry matter, usually about 2 to 5 percent for fish feed and 10 to 15 percent for shrimp feed, is not eaten, and around 10 percent of what is eaten is excreted as feces. A portion of the nutrients absorbed across the intestines is oxidized by the aquaculture species for energy, a portion is continually catabolized and replaced by recently absorbed nutrients, and the remainder of the nutrients are harvested in fish or shrimp biomass.

The greater the management FCR, the greater is the dry matter FCR. A high dry matter FCR results in an increased demand for oxygen to oxidize feeding wastes and a greater loss of feed nutrients such as nitrogen and phosphorus into the culture system per unit of feed applied. The nitrogen, phosphorus and oxygen demand loads to a culture system (system loads) are illustrated in Table 1 for a typical shrimp feed.

System loads for nitrogen and phosphorus are mostly in the form of plant-available nutrients which can accelerate phytoplankton growth. The oxygen demand is expressed primarily by fish or shrimp respiration. In ponds, system loads are greatly reduced by physical, chemical, and biological processes. Typically, no more than 10 to 30 percent of the system loads of nitrogen and phosphorus, and even less of the oxygen demand load, become environmental loads in farm effluents.

In other types of culture systems, a greater proportion of system loads is discharged into the environment. In cage culture, the entire system load passes through the netting of the cages into the surrounding water.

A low FCR is important because it reduces the system load of pollutants and protects the quality of water in the culture system. It also reduces the environmental loads in all production systems other than cage culture. Moreover, a low FCR lessens the amount of feed required per unit of production to lower feed costs.

Reducing FCRs has tremendous benefits. There will be less waste from feed entering the culture system per unit of production, and this is protective of water quality within the culture system. A lower FCR also lessens the pollution potential in farm effluent, improves the FIFO achieved at farms and reduces feed cost per unit of production. Moreover, a lower system load in culture systems will reduce the oxygen demand imposed by feed to allow a greater biomass to be supported per horsepower of aeration.

At present, the Best Aquaculture Practices (BAP) certification program requires farms to report their FCR, but there is no upper limit on the allowable FCR. In the future, it would be wise to consider limits on FCR. A low FCR is the hallmark of an efficient aquaculture operation. 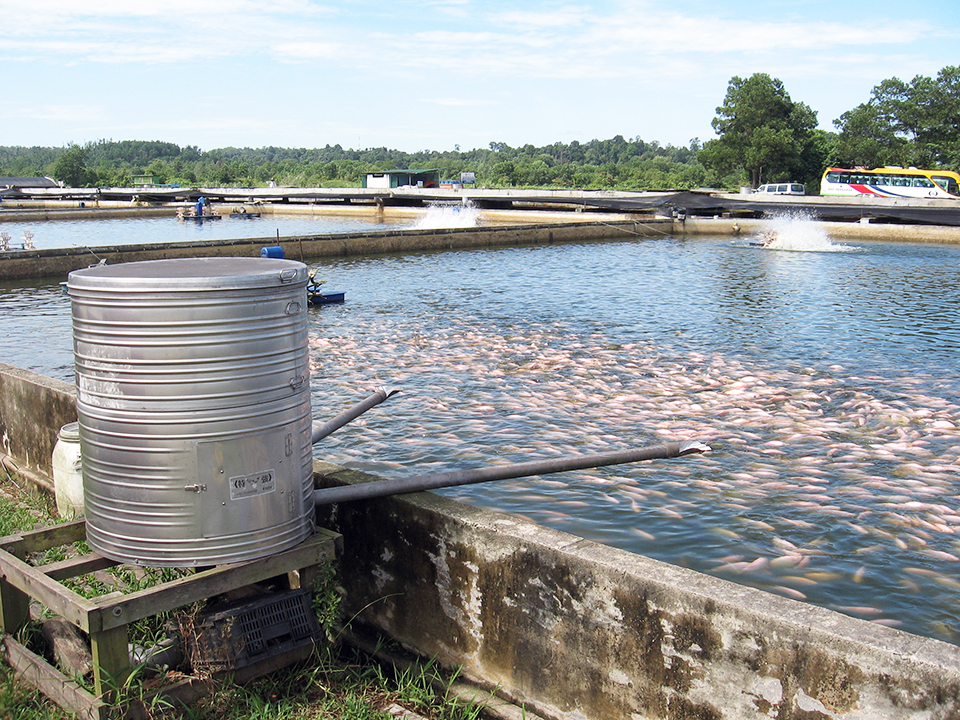 Since feed costs can contribute up to 60 percent of the expenses for an aquaculture business, it is common for farms to purchase lower-cost feeds. 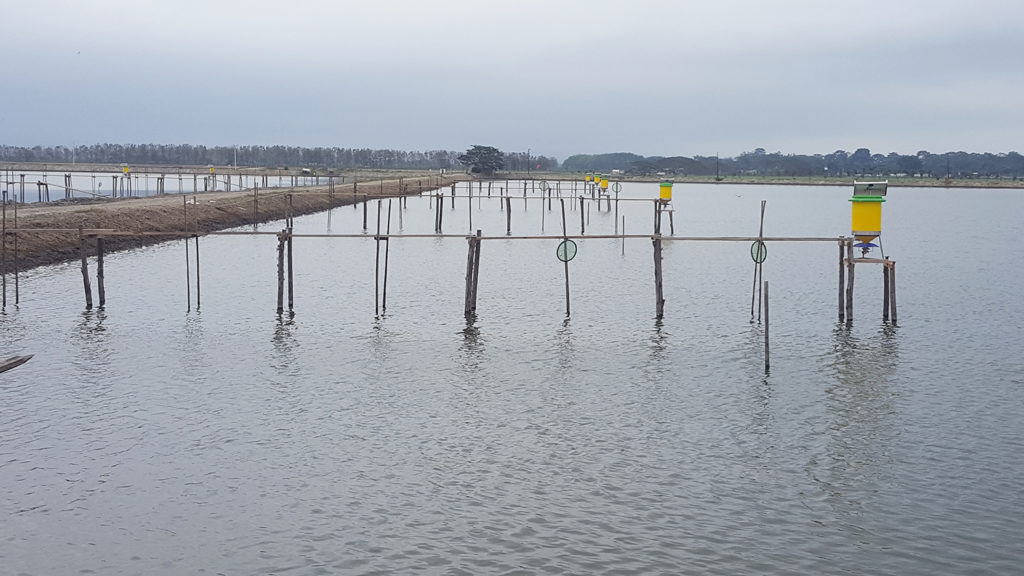