Krill has been used in aquafeeds for decades. Krill meal carries key nutrients, including essential amino acids, long-chain fatty acids, phospholipids, cholesterol and astaxanthin and is one of the more effective palatability enhancers for fish available today. It also works at low inclusions and has been shown to accelerate fish growth and improve the color and taste of shrimp tails.

As a result, krill meal can augment fishmeal and other expensive ingredients in aquaculture feed without the burden of poor feed performance.

But there are issues – krill meal on its own cannot be taken as a regular protein source or as an analog of fishmeal. It needs to be considered as a feed additive and used strategically, taking into account all key nutrients, to make it cost-effective.

And then there are the harvest concerns. For one thing, euphausiids, the family of marine crustaceans that are commonly known as krill, can be expensive to catch and process. They’re very small and fragile, migrate great distances and, although they are found worldwide, the largest and most commercially desirable variety (Euphausia superba) is concentrated in the Southern Ocean surrounding Antarctica.

This remote fishery is located far from traditional processing facilities and in a part of the world where harvesting can only happen for a portion of the year. The Antarctic summer lasts from October to February but sea ice levels and weather conditions can vary wildly even in that “safe” window.

But commercial interest in Antarctic krill is understandable. In 2019, a survey conducted by the Commission for the Conservation of Antarctic Marine Living Resources (CCAMLR), the Regional Fishery Management Organization (RFMO) for the Southern Ocean, determined that the krill fishery in the South Atlantic sector Southern Ocean made up an estimated biomass of roughly 62.6 million metric tons (MT), with about half of that going to whales, seals, squid and other predators (CCAMLR lists the entire Southern Ocean biomass at 379 million MT). Under CCAMLR guidelines, Euphausia superba may be taken in five different subareas and two divisions of the Southern Ocean by midwater trawls and beam trawls to depths of 250 meters, and there are annual limits on the overall harvest.

These efforts are designed to protect krill stocks in the fragile ecosystem and make sure that the resource is healthy and sustainable over the long term. Since they feed on phytoplankton and zooplankton, distributing nutrients to the rest of the food chain, krill are considered a keystone species in the Southern Ocean ecosystem. Harvesting this resource could throw off this balance, explained Dr. Alberto Nunes, associate professor at Labomar, Federal University of Ceará, Brazil.

“Any activity in Antarctica is under the scrutiny of the public, media and NGOs that want to make sure this environment and the wildlife is protected,” Nunes told the Advocate. “Fisheries there are also very expensive and in order to be viable, it requires the proper fishing technology, transparency, certifications, traceability and product diversification. So, I think this will restrict a broader expansion in krill fisheries since only a handful of companies may be able to meet these criteria.”

Aker BioMarine hopes to be one of those companies.

Headquartered in Oslo, Norway, Aker BioMarine operates a fleet of three krill vessels and controls the entire harvesting and production process, from the Southern Ocean fishery itself, to its logistics hub in Montevideo, Chile, to its own krill oil manufacturing facility in Houston. Its model processes krill meal immediately after the krill has been brought on board in order to maintain optimal quality and maximize the amount of krill it can process per harvest voyage.

Spun off of Norway’s Aker Group in 2006, the company has been harvesting Antarctic krill since 2003. On average, its boats catch about 168,000 MT of krill per year during its season, which starts in December.

“Krill is a low-trophic level species, so it’s low on the food chain,” said Dr. Sigve Nordrum, EVP of sales at Aker BioMarine. “It’s eating algae and other things, which means it’s very effective in bringing up nutrients into the food chain, but at the same time it can be very challenging to harvest low-profit level species like krill. But warmer conditions have krill gathering in schools in Antarctica so it’s possible to catch effectively now with lower energy consumption and very little bycatch. That gives you the predictability and operational stability that you need in this type of production.”

But Dr. Nordrum is quick to acknowledge the limitations that come with harvesting krill in the Southern Ocean.

Unlike other fisheries where RFMO guidelines limit harvests to as much 10 percent of the biomass, CCAMLR has set a catch limited of just 1 percent on Antarctic krill. At the same time, environmental concerns are acute in Antarctic waters, and Aker BioMarine has to work closely with NGOs in the region that support the fishery.

The company has partnered with the Antarctic and Southern Ocean Coalition and WWF-Norway to establish the Antarctic Wildlife Research Fund to promote Antarctic marine ecosystem research, including projects focused on fishery management for Antarctic krill. And, in 2019, the Sustainable Fisheries Partnership gave Aker BioMarine an “A” rating for its krill fishery for the fifth year in a row.

“Our mission is to have a sustainable fishery where we get the most possible value out of the krill we harvest,” said Dr. Nordrum. “I think this fishery is at the size it will stay for quite a long time, so our focus is on developing value and finding the best ways that this resource can be used, while ensuring that all people operating there are following the highest levels for sustainable harvesting.”

A delicate balance for industry

Despite the seemingly low pressure on the fishery, concerns remain. A new study from the CCAMLR published in Nature in February 2020 found that, even at “precautionary” levels, harvesting Antarctic kill has an outsized impact on predators further up the food chain, including penguins, seals and whales. It showed the first direct evidence that concentrated krill fishing in combination with climate change has harmed penguins at two study sites in the South Shetland Islands, north of the Antarctic Peninsula. What’s more, regional species such as the blue whale feed almost exclusively on krill, with the largest capable of eating up to 6 tons per day, and that recent research has shown that krill are shifting their range south as the Southern Ocean warms. Eventually they’re going to run into dry land.

Such factors are why Pew Charitable Trusts opposes the Antarctic krill fishery.

“Pew is concerned that krill fishing in the Southern Ocean, particularly in the Antarctic Peninsula, overlaps with areas that are some of the most critical foraging and nesting habitat for penguins in the region,” said Andrea Kavanagh, who directs Pew’s Antarctic and Southern Ocean conservation work. “If fishing continues in these specific areas, areas where research has shown industrial fishing is already negatively affecting penguins, it will further damage the biodiversity in the peninsula, and potentially wreak havoc on the entire Southern Ocean food web, of which krill is at the center.”

Pew is working with CCAMLR to implement a long-term management plan for the Antarctic krill fishery, based on the emerging science of the region and tailored to the unique needs of the area’s delicate ecosystem. Its goal is to set catch limits that leave enough krill for natural predators and maintain seasonality around when krill are most needed by the rest of the food chain.

CCAMLR is already working to create several no-take marine protected areas (MPAs) in the waters surrounding the Antarctic continent and will be voting on a proposal to protect a large section of the Antarctic Peninsula region where the krill fishery concentrates at is upcoming meeting in October.

“Many krill-fishing companies have already made voluntary commitments to not fish in some of the nearshore waters where land-based predators feed on krill,” Kavanagh said. “Industry should therefore support the advancement of the krill ecosystem-based management system and the network of Southern Ocean MPAs, noting that MPAs can create a ‘spillover effect,’ improving the health of marine life (including krill populations) in waters outside of the protected regions. Because industry benefits from fishing in the Southern Ocean, they should also commit new science funding for the management system to ensure the fishery is not having negative ecological impacts.” 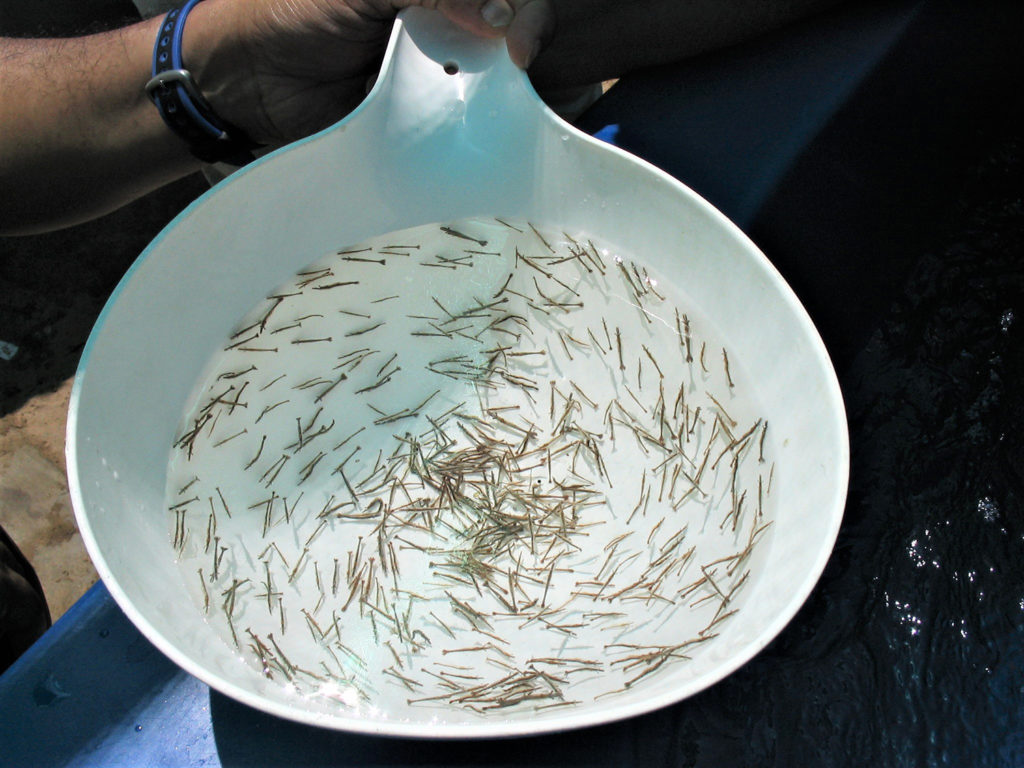 Initial insights on the effects of the commercial marine microbial biomass Novacq as an additive in feeds for black tiger shrimp postlarvae and juveniles. 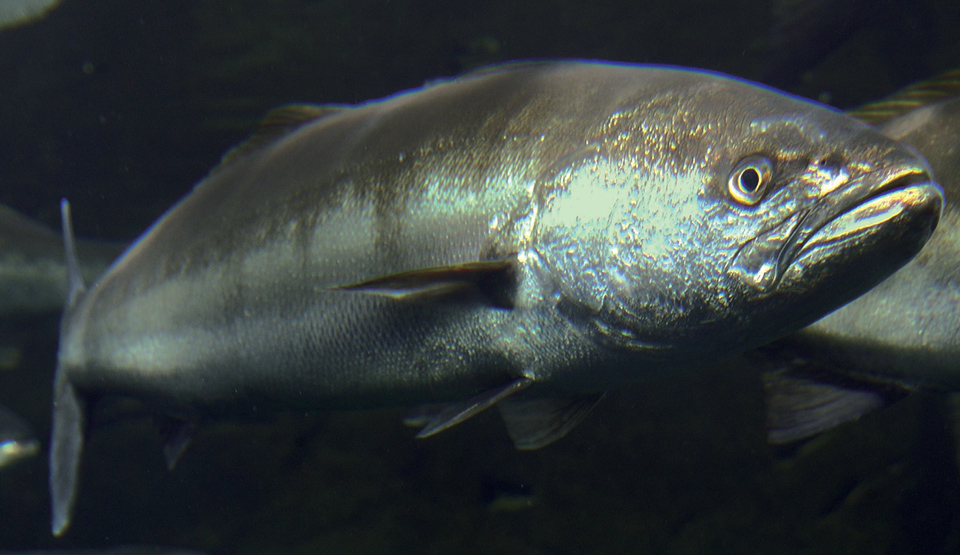 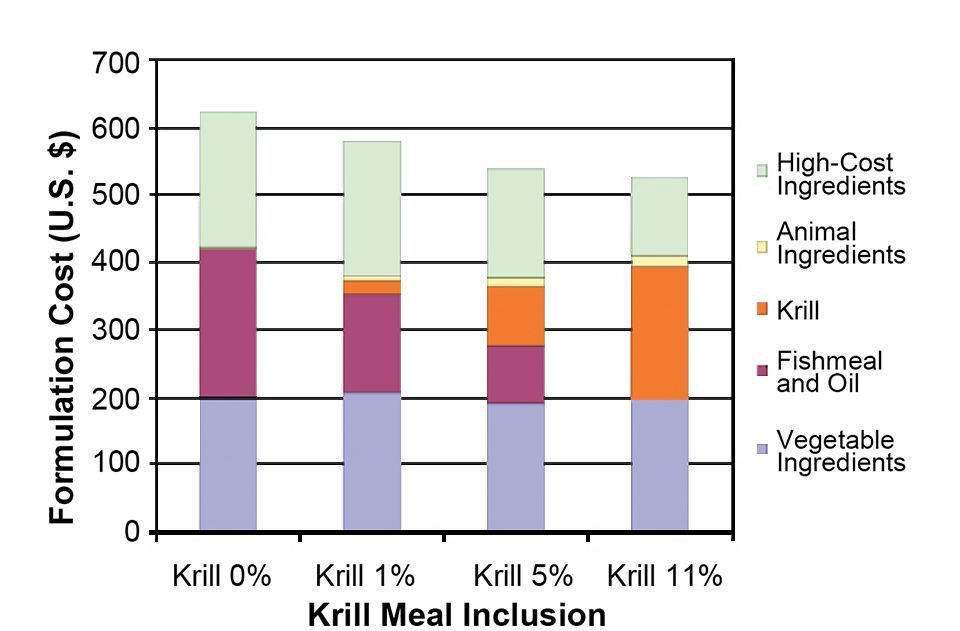 In a study, krill meal incorporated into shrimp diets replaced fishmeal and soy lecithin with no significant effect on shrimp performance. 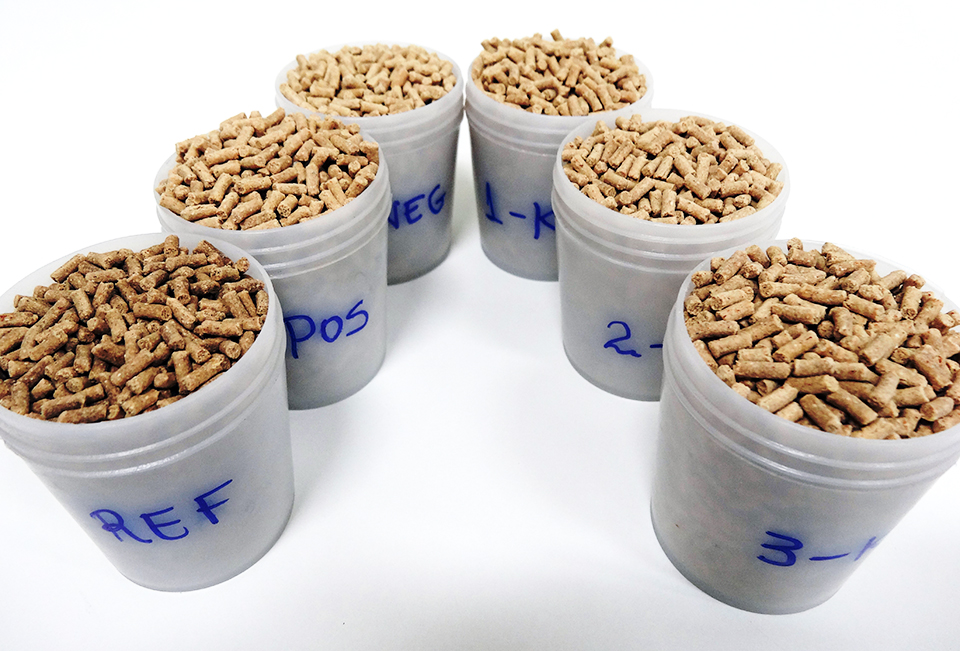 A deficiency of cholesterol in shrimp diets can result in slower growth and higher mortality rates. A study by the authors investigated krill meal as a partial replacement for a cholesterol supplement in diets for juvenile Litopenaeus vannamei shrimp.