Dependence on wild fish for feed the primary limitation

Rarely do these criteria converge in one particularly appealing species, but such is the case for tuna. These scombrid fish enjoy wide distribution in tropical and subtropical seas.

Tuna aquaculture is a successful venture at locations worldwide because of the remarkable growth rates of tuna in captivity and their towering product value, which together make for ample profit margins. World production of farmed tuna through fattening of wild subadults in net pens approached 40,000 mt in 2007, with 87 percent of this production delivered to the Japanese market.

Producing countries include Australia, Cape Verde, Costa Rica, Croatia, Cyprus, Greece, Italy, Indonesia, Japan, Libya, Malta, Malaysia, Mexico, Morocco, Oman, Panama, Philippines, Portugal, Spain, Tunisia and Turkey. Prices range U.S. $20 to 60 per kg, depending on such factors as tuna species and size, and color and composition of the flesh. Although Asian markets are the primary target for this product, there is a rapidly expanding market in the U.S. with an estimated demand of 45,000 metric tons per year.

Tuna farming has been practiced commercially for over 17 years. It began in Port Lincoln, Australia, in 1991, and is now being introduced to tropical and subtropical regions worldwide.

Tuna farming, or ranching, is generally conducted by purse seining juvenile and subadult wild fish with tuna vessels equipped with the most advanced fishing technologies. While still in the open ocean, fish are transferred to cages and towed at very low speed to the tuna ranch. Ranches typically have five to 20 specially designed cages attached to a grid and ballast mooring system to hold the fattening tuna for up to six months before harvest.

During this time, the fish are fed sardine/squid rations. They increase both in size and weight, and the proximate composition and color of their flesh change significantly. Farmed tuna are then harvested, flash slaughtered and shipped fresh to sushi/sashimi markets throughout the world. Although this industry is striving to become further established, several constraints presently limit its full potential.

Tuna are key predators and extremely critical for the stability of pelagic ecosystems throughout the world’s oceans. In the context of the tuna net pen industry, there are five major global tuna stocks: the Atlantic and Pacific yellowfin (Thunnus albacares); Atlantic and Mediterranean bluefin (T. thynnus); southern bluefin (T. maccoyii); and Pacific bluefin (T. thynnus orientalis). Each is managed under a specific legal regime but all yield a valuable commodity – very fine sashimi.

Consequently, over the past decade, international tuna fleets equipped with advanced fishing equipment and often assisted by spotter planes, speed boats and helicopters have pursued this species from one end of the earth to the other. Because tuna of 3 kg and above are target­ed by enormous purse seine fleets and also caught by bait boats, hand lines and long lines, some estimates indicate that global tuna stocks are being fished at four times the sustainable rates.

One of the chief limitations for the tuna culture industry is that it still depends on the availability of diminishing wild fish to stock marine cages. To be sustainable, tuna aquaculture has to encompass the entire life cycle. The technical feasibility of captive tuna propagation has been demonstrated through pioneering work on yellowfin and bluefin tuna, but these technologies are not yet completely reliable.

Recently, researchers at Texas A&M University (TAMU) teamed up with colleagues at the Inter-American Tropical Tuna Commission at the Achotines Laboratory in Panama to refine the hatchery production of juvenile yellowfin and provide the necessary foundation for advancing tuna physiology and nutrition technology. When closed-cycle yellowfin ranching becomes a reality, juveniles spawned in captivity would replace wild-caught tuna and also could help to replenish overexploited natural stocks.

Current feeding practices in tuna farming involve supplying large quantties of untreated fresh or frozen fish, which may facilitate the proliferation of pathogens. Such a scenario resulted in a sudden collapse of the sardine fishery in southern Australia in 1995, when the yield fell from 165,000 to 37,000 metric tons.

In addition to being a threat to sardine-dependent coastal economies, fresh/frozen bait is available only on a seasonal basis. Moreover, experience has shown that although sardine/squid diets provide acceptable short-term nutrition for yellowfin tuna, prolonged feeding with these items results in tuna meat with an undesirable bleached appearance.

Preliminary efforts by the authors resulted in the formulation of a prototype prepared feed successfully tested in 2005. Yellowfin tuna held in cages at Rancheros del Mar, a commercial tuna ranch operating off the coast of Baja California Sur, Mexico, readily consumed the prepared diet.

However, additional research is needed to optimize formulations, reduce feed-conversion rates and solve not only color issues but also the incidence of a condition referred to as “Yake Niku” by the Japanese. This burnt flesh syndrome results from the combined action of high temperatures and anaerobic exercise, which offset the natural acid/base regulatory systems of the tuna. The authors’ research team is also evaluating the digestive capacity of yellowfin tuna larvae to provide basic information for developing artificial larval diets.

Although some aspects of tuna health have been studied in wild populations, very little is known about microbial, nutritional and environmental diseases in cultured tuna. A first attempt to solve this limitation was put forward by Munday and coauthors in an excellent 2003 review on scombrid pathology.

To build upon this foundation, current research at TAMU in collaboration with the Northwest Center of Biological Research in Mexico is determining baseline levels of cellular and humoral immune parameters in cultured yellowfin. It has become clear that much more research is also needed to properly understand and manage the pathogenesis of some conditions experienced by cultured tuna.

The current operational model for tuna farming is showing limitations, as Mediterranean, Atlantic and Pacific bluefin tuna stocks are in decline, due in part to the dependence of the tuna aquaculture industry on these wild stocks.

Science needs to quickly and responsibly develop technical and environmental solutions to overcome problems in an ecologically responsible manner. When available, this technology will stimulate commercial tuna production as well as promote the increased availability of wild stocks for commercial and recreational fishing, all of which are revenue-generating and food-producing industries. 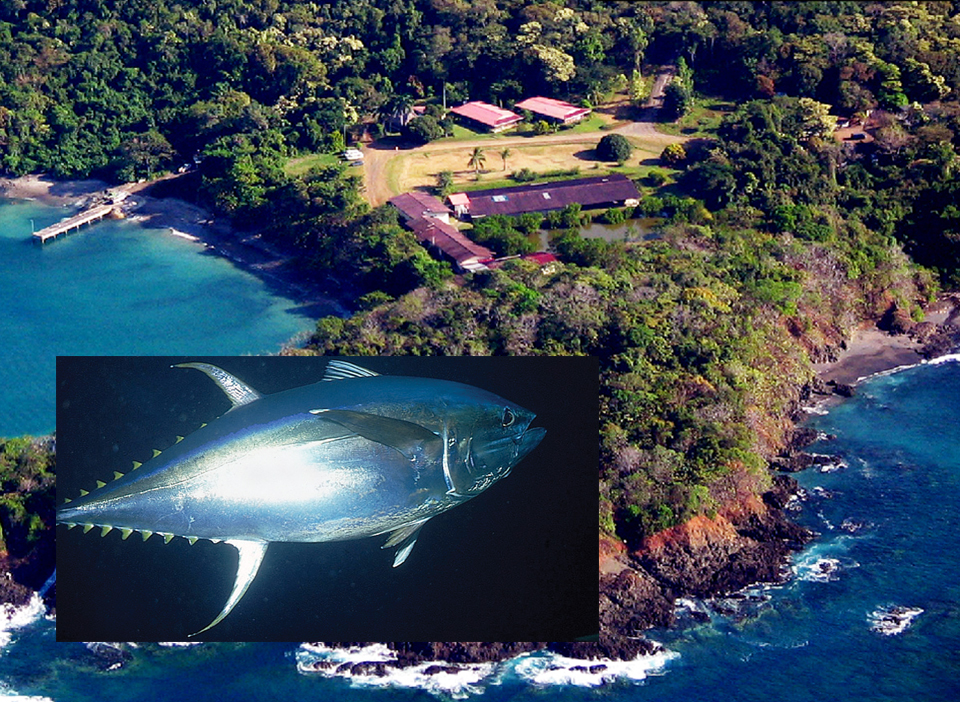