Both decreased dietary fishmeal levels before growth performance was affected

Feedstuffs of plant origin are commonly incorporated into feed formulations to spare fishmeal as a principal protein source. These reduced-fishmeal feeds are often readily accepted and well-utilized by herbivorous and omnivorous species. However, carnivorous species may not respond as well to aggressive sparing of marine-origin protein with plant-based alternatives. The use of plant-based ingredients in feeds for carnivorous fish is often limited by issues related to the palatability, digestibility and biological value of plant proteins.

Soybean meal illustrates this challenge well. Although soybean meal is one of the most common alternative protein sources used in aquafeeds, its incorporation in feeds for carnivorous fish is constrained by anti-nutritional factors such as protease inhibitors, phytate, saponins, lectins and oligosaccharides, which can affect feed palatability and utilization.

Various processing strategies can be used to reduce or eliminate anti-nutritional factors in soy-derived feedstuffs, such as heat treatment, extraction and purification into protein concentrates and isolates. Although these products offer advantages in terms of anti-nutritional factor levels, they are more costly than traditional soybean meal. Fermentation is another lower-cost approach to addressing anti-nutritional factors and increasing nutrient levels and digestibility in products for human consumption, as well as livestock feeding.

The authors recently tested the relative suitability of traditional and fermented soybean meals in feeds for white seabass, Atractoscion nobilis, and California yellowtail, Seriola lalandi, important commercial and recreational species currently in development for intensive culture. The production performance of juvenile fish fed feeds containing graded levels of traditional or fermented soybean meal was compared to the performance of fish given previously validated diets based on fishmeal or other high-value alternative proteins (Tables 1 and 2). After 68 days, fish fed a diet that contained poultry by-product meal and algae, but no fishmeal exhibited significantly reduced weight gain and specific growth rates, but the performance of fish fed the remaining experimental diets was equivalent to that of fish fed the control feed with 48 percent fishmeal (Fig. 1).

Although fishmeal inclusion was decreased to some extent, reducing fishmeal levels below 12 and 20 percent reduced the performance of white sea bass and California yellowtail, respectively. Reduced performance in carnivorous species fed diets containing elevated levels of plant products can be associated with failures to account for differences in nutrient levels or digestibility among ingredients, feed palatability and the presence of anti-nutritional factors.

Since the test feeds were formulated to contain equivalent levels of digestible protein and supplemented to meet the estimated essential amino acid requirements of the fish, it seems unlikely that differences in nutrient availability were the major causes of reduced performance. Feed palatability appeared to be a factor among the sea bass fed the fishmeal-free feeds. However, feed intake by the sea bass appeared otherwise equivalent and was nearly equivalent in the California yellowtails.

Based on assumptions of reduced anti-nutritional factors levels in the fermented soybean meal, it is surprising this ingredient offered no apparent advantage over traditional soybean meal. It is possible the microbial cultures used for fermentation affected the quality and posterior utilization of the final product. It is also possible that, when used as a primary protein source, fermented soybean meal provided more microbial content than is beneficial for juvenile sea bass or yellowtail.

It is also worth noting that the previously validated feeds based on poultry by-product meal and spirulina algal meal did not perform as well as the fishmeal-based controls in either trial, and fish growth was somewhat reduced in comparison with the typical performance observed by the Hubbs-SeaWorld Research Institute.

The Hubbs-SeaWorld Research Institute hatchery program still relies on white sea bass and California yellowtail broodstock of unknown pedigree for fingerling production. Therefore, there may be some inconsistency in progeny quality from year to year. Although no overt abnormalities or performance issues were observed during larviculture or the feeding trials, it is possible that unknown factors contributed to the performance observed in the recent trials.

Although fermented soybean meal does not appear to be uniquely advantageous in feeds for juvenile white sea bass and California yellowtails, it does not appear to be problematic either. By using both traditional and fermented soybean meals, the authors were able to decrease dietary fishmeal levels to some extent before growth performance was affected. Greater consistency in sea bass and yellowtail fingerling production will likely lead to greater repeatability among trials and confidence in evaluations of feed formulations. 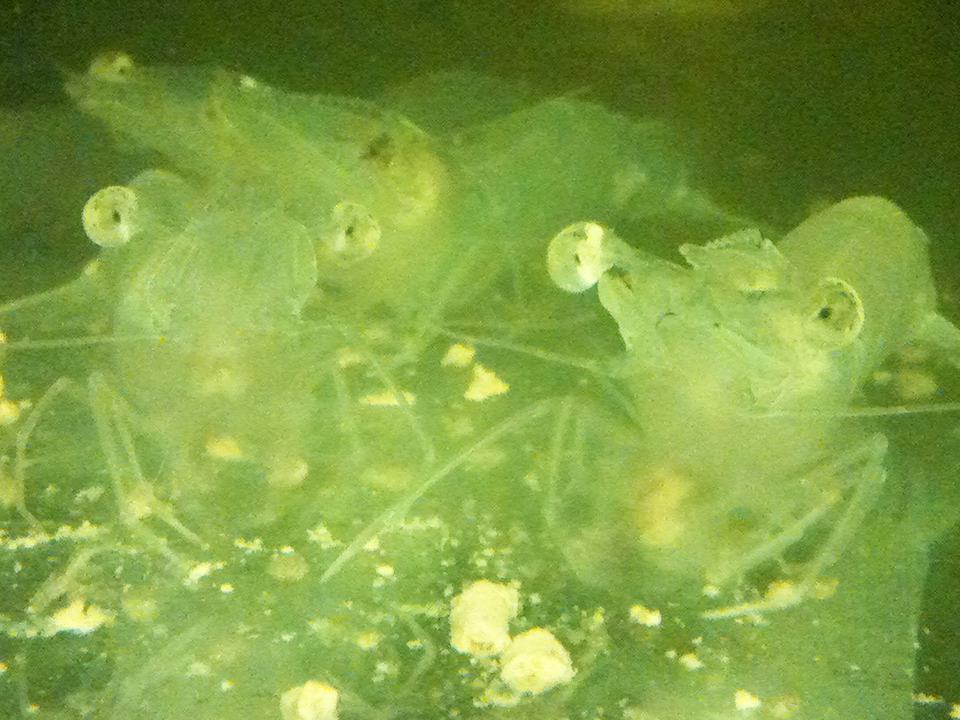