When visitors pull into the parking lot at Eastern Tilapia Inc. in Prescott, Ontario, Canada, the only thing that tells them it is a fish farm is the liquid-oxygen tank to the left of the office entrance. Otherwise, it looks like a dairy farm, similar to all the others in the area.

Once inside, however, the perspective changes. The big blue tanks constructed from used Harvestore™ silo rings have water swirling around inside. Throw some feed pellets into a tank and watch out! It’s great fun when you can position a newcomer for an impromptu shower from the hungry, splashing tilapia in the tanks.

Eastern Tilapia Inc. is a dream-become-reality for Ken Durand and his partners – his uncle, Philip Burton; and John Fahrngruber, a retired dairy farmer whose former dairy barn now houses this new and rather unique enterprise. Located near the shore of the St. Lawrence River, Eastern Tilapia Inc. is a short drive across the bridge from upper New York, USA.

The road to building the dream began when Durand enrolled in the Aquaculture Technician Program at Sir Sandford Fleming College in Lindsay, Ontario. SSFC has a unique aquaculture teaching resource on its campus: Northern Tilapia Inc., a commercial production facility that supplies tilapia to the Toronto live market. The partnership between SSFC and Northern Tilapia provides students with hands-on learning and job-placement opportunities, and the college with a share of the profits.

Durand landed a job at Northern Tilapia two weeks before completing his SSFC studies in 1996. It was an exciting opportunity to get in on the ground floor of the first production tilapia farm in Ontario. This experience provided him with the confidence to build his own farm when he was laid off in 1999 as a result of management and ownership changes at Northern Tilapia Inc.

Returning to Prescott, Ontario, where his family was located, Durand decided it might be a good location to build a tilapia farm because of its proximity to the Montreal, Ottawa, and Toronto fish markets. While looking for a suitable location, he heard of a dairy farmer who was planning to retire. The barn was soon to be emptied as the cows were sold off, and it would be a simple conversion into a fish farm. The site had the added features of natural gas, water wells, and manure-handling facilities.

The biggest challenge Durand faced was timing. He needed to quickly convert the barn, construct the fish tanks and water recirculating system, and get the fish into the tanks and growing. He determined it would take 10 months to get his first crop of fish to market and establish some cash flow.

With the help of his father, a successful accountant in town, Durand was able to tap into funding and secure operating capital for this period from the local Community Development Center. He also got a small-business loan from a local bank. The partners supplied the balance of capital.

Anyone familiar with recirculation systems knows it takes time to get the biofilters up to operating capacity, and that this time lag results in lost growth for the fish. Then there is the learning curve for the staff, as they develop the knowledge and team skills to operate efficiently. Building a facility at the same time does not make this learning stage any easier. But the partners and their staff persisted and learned some very valuable lessons.

The concrete floor for the fish grow-out area was poured in the barn on March 23, 2000, encasing the newly laid plumbing for the tanks. The juvenile tilapia, 63,000 fish of 1-100 grams, arrived June 12, 2000. Not much time was available to construct the tanks, install the plumbing and work out the bugs before the fish arrived.

The grow-out area is comprised of 10 steel tanks, 6.7 meters in diameter and 1.5 meters deep, arranged in two, five-tank modules. Within each tank, two recirculation loops operate. One loop removes relatively clear water from the top of the tank and pumps it through two packed columns, a microbead biofilter, and low-head oxygenator in series. All three operations occur with less than 2.7 meters of total operating head, thus moving lots of water with relatively little energy.

A separate drain on the floor of each tank removes a portion of the flow for mechanical filtration through a drum filter. Foam fractionation and heating also occurs on this loop. Makeup water is added at about 3 to 5 percent of volume per day to compensate for evaporation and backwashing of the drum filter.

The fry- and juvenile-rearing systems have a similar setup, with the exception of their double-drain design. All water flows into a drum filter, after which it is pumped to biofilters and carbon dioxide strippers. A side-stream loop that draws water from below the drum filter is used to add heat and oxygen, and return the water to the head tank.

Prior to shipping to market, the fish are held in a purge tank to improve quality and prepare them for transport. Using a transfer pipe laid out on the walkway between the grow-out tanks, the size-graded fish swim to the purge tank.

The fry and grow-out systems ran well since day one, but managing water levels is a challenge. The original alarm system utilized float switches that were too sensitive to the currents and turbulence in the sumps. Consequently, alarm bells kept ringing. Durand installed a different type of float system to solve that problem.

Another challenge proved to be impressing upon staff and partners that regular cleaning of the drains and sumps was necessary. But after a couple of tanks overflowed, they quickly learned it is easier and less stressful to clean the drains than to mop up.

As Durand and his partners have proven, recirculating fish culture systems can be set up in and run in unconventional locations. Their success, however, depends on taking the time to match the right systems to the culturist’s needs.

From his experience, Durand recommends that once prospective farmers establish financing and a suitable location, they may want to hire a consultant who has the specific knowledge and experience to bring their dreams to fruition.

(Editor’s Note: This article was originally published in the June 2001 print edition of the Global Aquaculture Advocate.) 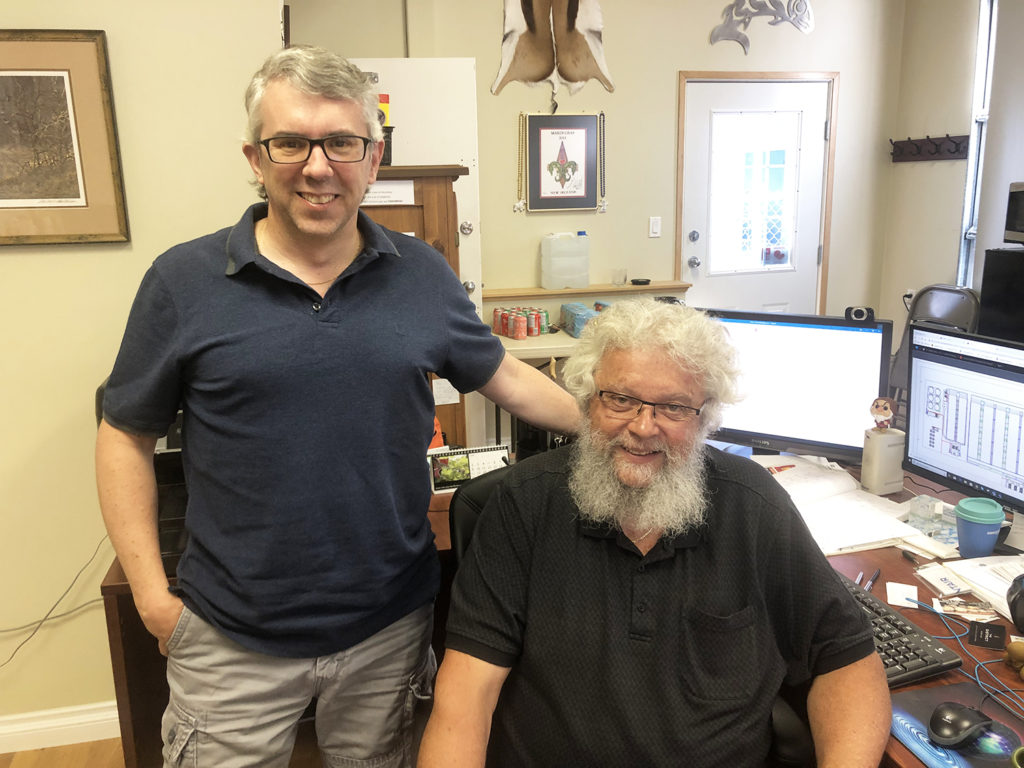 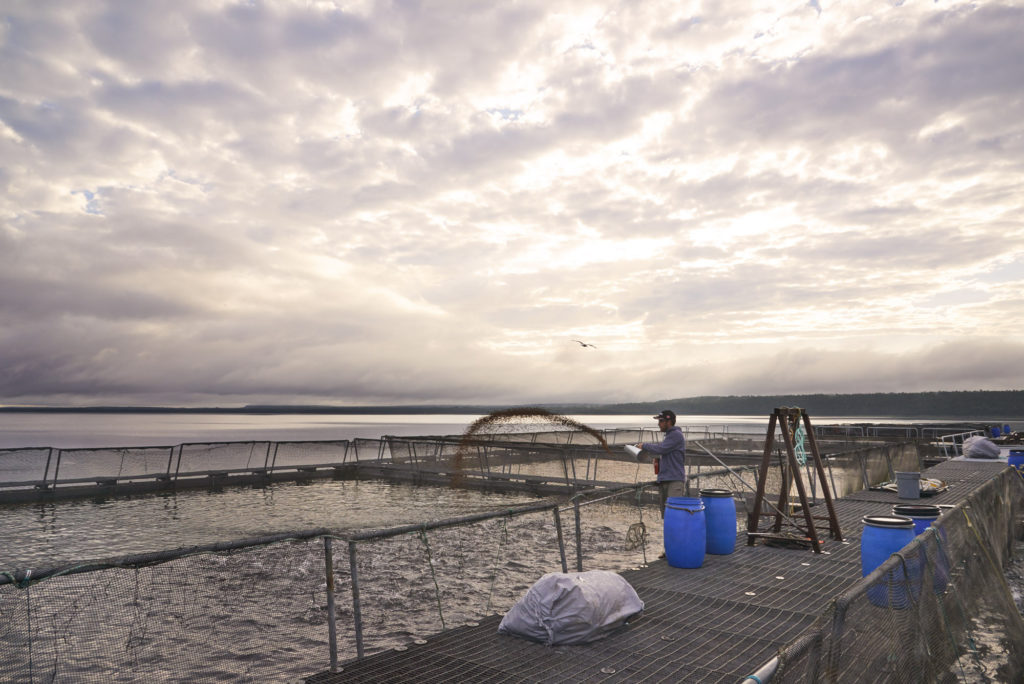 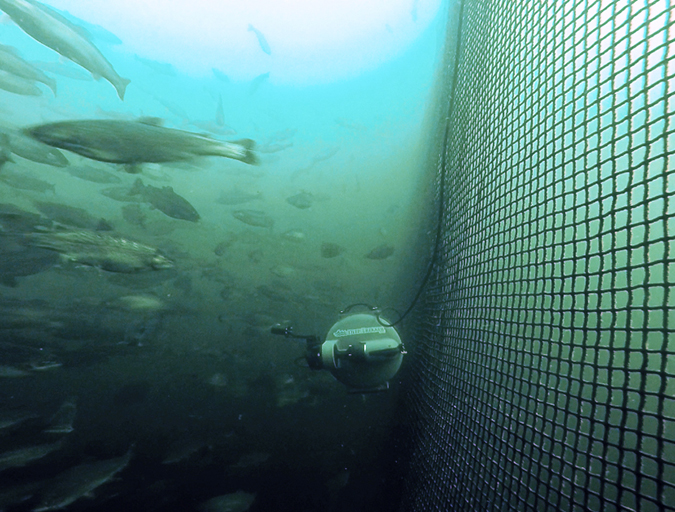