Rural aquaculture of tilapia improves the welfare of poor people in developing countries. It also includes aquaculture in urban and periurban areas, where the poor benefit as well as in rural areas, as the focus of the term is developmental rather than spatial.

It is debatable whether rural aquaculture should include only extensive and semi-intensive modes of production integrated with crop and livestock farming, which have low input costs and low risk, and serve mainly household subsistence with sales of limited surplus production. Perhaps intensive production with agroindustrial formulated feed for local luxury markets in developing countries and export to developed countries should also be considered rural aquaculture.

Some contend the second type offers a better means for the poor to earn significant income from aquaculture than the first, thereby lifting households out of poverty more rapidly, although there are increased input costs and risks. A third type – which some believe can also be considered rural aquaculture – is the mass production of low-cost tilapia by relatively wealthy farmers. These fish are affordable to poor urban consumers and thus contribute toward national food security.

As most articles on tilapia concern intensive production, attention here is focused on the other types to provide an alternative perspective.

Tilapia have more favorable biological characteristics for rural aquaculture than most other species, which lowers both production costs and risks. As they reproduce without human intervention, seed can be obtained at low or zero cost. Omnivorous and planktivorous feeding niches facilitate integration with agriculture and sanitation. And tilapia are an environmentally robust and relatively disease-resistant species when compared to carp. Tilapia can also be marketed widely across different sectors, even though they grow to relatively small size.

Most extensive and semi-intensive tilapia culture is in polyculture with carp, and less commonly with anabantids and catfish. Monoculture, which has always been the norm in the Philippines, is increasing.

Tilapia are integrated to varying degrees with crops and/or livestock to feed on crop residues and byproducts such as brans, oil cakes, and soft plant matter, and natural food from fertilization with livestock and/or human manure, if socially acceptable. In some countries, tilapia are integrated with sanitation in periurban sewage-fed ponds.

Extrapolated annual yields in household ponds range from less than 1 to more than 5 metric tons (MT) per hectare, or from a family-level perspective with a typical pond ranging 200 to 500 square meters, a range of 20 to 100 to 100 to 500 kg. Even a few tens of kg of fish can provide a significant nutritional input for a poor farming household, with a few hundred kg satisfying their animal protein needs. The higher yields for household ponds are from countries with high nutrient inputs of manure from traditional pig rearing (China and Vietnam) and/or where night soil use is socially acceptable (China, Indonesia, and Vietnam).

Unfortunately, most household ponds produce at the lower end of the spectrum because they are on resource-poor farms. Brans are a poor feed if broadcast alone, and oil cakes are rarely affordable to the poor. Poultry scavenge – which limits manure collection – and manure of large ruminants, which is collectable but may have alternative uses, also have limited fertilizer value. Furthermore, tilapia only consume soft vegetation and, unlike grass carp, are unable to feed on grass and other coarse plant matter.

Tilapia are cultured widely because of their biological characteristics. They became a significant cultured species first in Taiwan, China, where tilapia became the predominant fish in traditional Chinese carp polyculture more than 20 years ago. Tilapia production subsequently increased rapidly in China, most of it in polyculture with Chinese carp.

Tilapia culture developed slowly in the Indian subcontinent, although a major reservoir-based capture fishery followed the introduction of tilapia to Sri Lanka. Tilapia culture in India is legislated against by the government, largely because of debatable concern about possible adverse impacts on indigenous major carp. However, tilapia in Southeast Asia do not appear to adversely affect native fish, probably because of predation by ubiquitous native snakeheads.

In Bangladesh, many scientists and development workers also are not convinced of the potential importance of tilapia, although their culture has been promoted for more than a decade for poor marginal farmers, who raise them in small seasonal ditches that retain water for only three to five months annually. This is too short a time to culture carp, which are marketed at relatively large sizes, but long enough for tilapia.

A recent survey of fish-farming households in northeast Bangladesh revealed that over 50 percent of sampled households that stocked fish had tilapia in their ponds. In risk-prone areas less favorable for fish culture, tilapia were more popular with farmers than carp. Carp were marketed for cash, but tilapia were mainly used for household consumption. The small size of tilapia and their ability to reproduce in the ponds were viewed positively by poor households. The misconception that tilapia was unimportant was probably due to few tilapia being found on the market.

Although tilapia alone among major cultured species breeds readily without human intervention, lack of an effective seed production strategy paradoxically constrains culture. The survey in Bangladesh revealed a complete absence of tilapia hatcheries or nurseries, as in many countries, with most farmers obtaining tilapia seed from neighbors. In studies to develop decentralized seed production systems by small-scale farmers, breeding and nursing a genetically improved strain of tilapia in rice fields was a more efficient and profitable culture strategy than nylon-net hapas in ponds.

The poor resource base of most small-scale farms means that off-farm inputs are required for tilapia culture to generate significant income from the sale of fish surplus to household subsistence. As integration of feedlot livestock with fish by better-off farmers is common in periurban areas of some Asian countries, it has been promoted uncritically by development agencies.

However, attempts to introduce such scaled-down systems to small-scale farmers usually fail. Fertilization of ponds with livestock manure is semi-intensive fish culture, but livestock raising in feedlots is an intensive feeding mode beyond the means of most poor farmers.

Better increases in nutrition have been achieved with inorganic fertilizers. Supplementation of buffalo manure with small amounts of urea tripled baseline yields of small-scale farmers in resource-poor northeast Thailand.

In a subsequent study with farmers who wished to intensify production further, yields were tripled again to an average extrapolated yield of nearly 6 MT per hectare when the ponds were stocked with large monosex fingerlings of the local Chitralada strain. The fish were fertilized mainly with urea and triple super phosphate at rates of 28 kg nitrogen and 7 kg phosphorus per hectare per week.

Use of sex-reversed male fingerlings of Nile tilapia has been promoted to overcome poor performance in smallholder, semi-intensive culture. However, a study that assessed the performance of monosex and mixed-sex Chitralada strain tilapia under poor and improved pond nutrition conditions showed that growth was influenced only by nutrient level and not by sex.

Recruitment was minimal in both monosex and mixed-sex ponds, mainly because young fingerlings were stocked. Unfortunately, hatcheries usually hold fry before sale, which are thus “old” as well as small, and breed shortly after stocking.

While monosex tilapia culture is important in many commercial situations, its promotion has hardly helped rural aquaculture. More attention needs to be given to increasing pond nutrition for rural households and markets, as there is huge demand from poor people for tilapia of 200 grams or less.

Most tilapia currently consumed by urban Asians is raised in commercial periurban systems fertilized with either livestock manure or sewage and fed with agroindustrial factory byproducts. To significantly increase tilapia’s contribution, there is a need to find alternative culture strategies for logistical as well as social reasons, while maintaining a relatively low cost of production so that fish remain affordable to the urban poor. High-input inorganic fertilization with urea and TSP, as outlined above for household -level rural aquaculture, is also a promising strategy for commercial periurban aquaculture.

High-input inorganic fertilization can also be used to reduce the production cost of industrial pellet-fed culture of tilapia by growing fish to 100 to 150 grams for three months with inorganic fertilizer alone, before supplementary formulated feeding at 50 percent satiation rate to produce 500-gram fish in another three to four months.

Rural aquaculture predates the development of industrial-based aquaculture, but has considerable unfulfilled potential, even in Asia. Tilapia have the potential to contribute further to the livelihoods of poor rural farmers, for whom risk aversion and low costs are important, as well as help better-off periurban farmers provide cities with fish affordable to poor urban consumers. 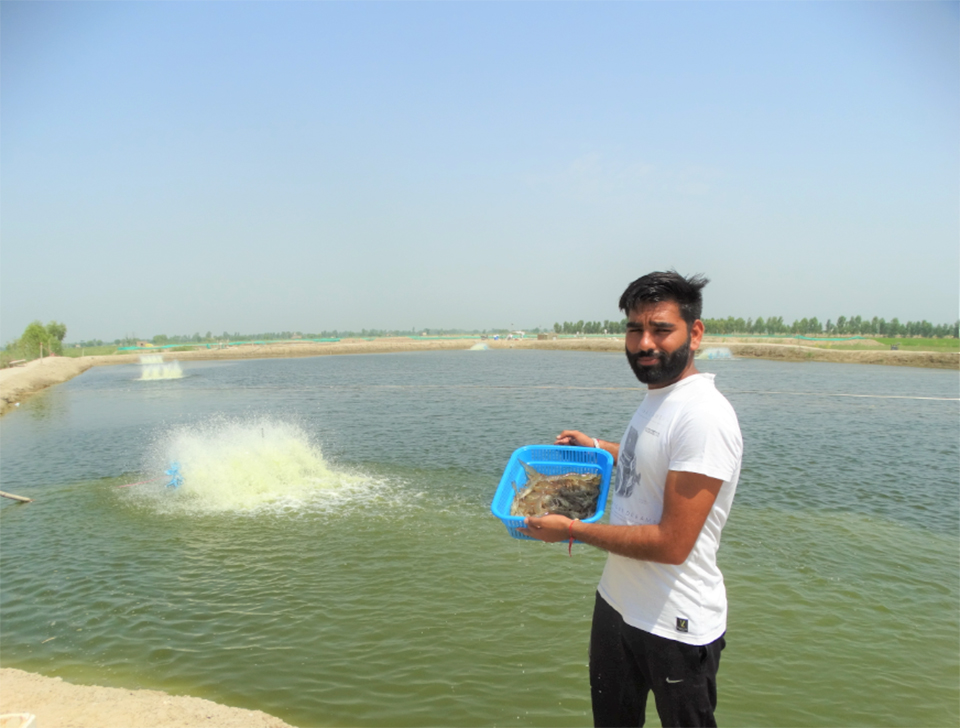 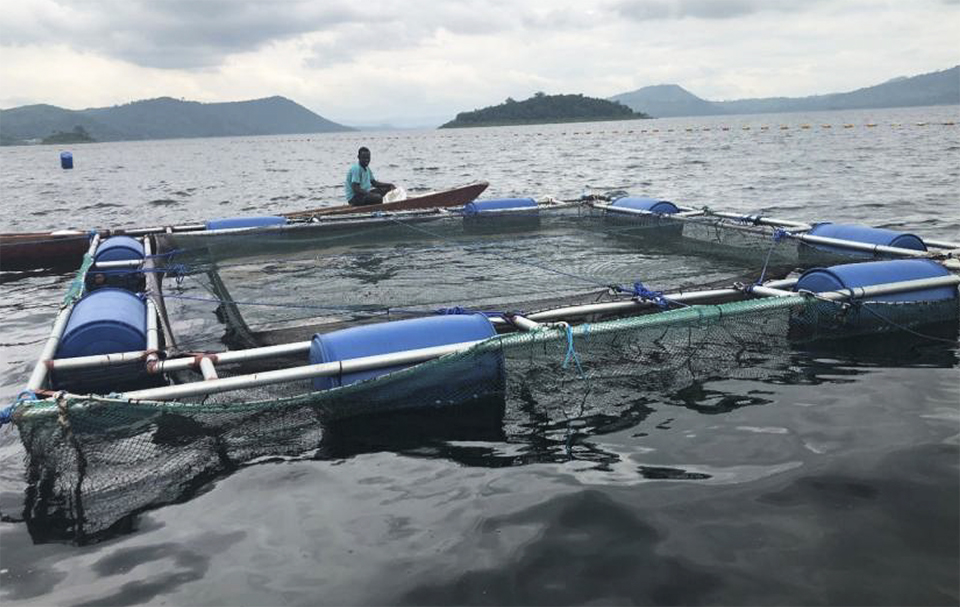