Aquaculture can do more than just produce fish for market. It can also be a force for positive social change in parts of the world where economic growth is hard to come by.

The Innovative Aquaculture Alliance (IAA), a startup in Overland Park, Kansas, is working to bring that impact to the United States, partnering with localities all over the Midwest to promote aquaculture as a solution to not only their local food needs but also their struggling economies, by installing fish farms in empty big-box stores and other unused real estate.

The idea being to expand the reach of land-based RAS aquaculture through education and community development, while also helping small towns create jobs, stimulate economic growth and supply themselves with a quality food source. The group is also working with local colleges to better prepare a new workforce of trained aquaculture professionals in these areas.

There is a need, more than any other time, to bring fish farms to more of the country.

According to founding member and head of marketing, Claire Constant, it all started with hogs.

“A lot of farmers who have been hog farmers or poultry farmers in the past are very interested in learning about aquaculture,” she said, explaining that these facilities can be repurposed for other uses, including fish farms. “We started looking into what it would be like to start a contract grower program with farmers in the Midwest, to help expand land-based aquaculture, when we stumbled into this accidental momentum with municipalities in the area. Cities started reaching out to us saying that they had empty buildings that they’d love to put aquaculture facilities in.”

It makes sense. The infrastructure of an aquaculture facility doesn’t necessarily need to be particularly specialized. Beyond the tanks, filters and other pieces of the farm itself, protected space is the biggest need for an operational fish farm, and that is something that empty big box stores have in spades. Retailers including Kmart, Sears, Best Buy and more closed more than 6,400 stores nationwide in 2017, and that trend is only expected to accelerate in 2018 as consumers embrace online shopping and home delivery services.

IAA has not yet installed any aquaculture facilities but is actively working with municipal partners on its first projects, focusing on its own Midwestern backyard to start.

“What we’re finding is that city governments and city councils want to put something exciting and useful [in their empty real estate] that’s also functional,” Constant said. “Honestly, it hasn’t really taken much convincing because lots of people are really serious and interested about the aquaculture industry. The first phone call is usually like, ‘Huh, I wonder what that’s like,’ and after that it snowballs because people are so interested and intrigued by the thought of a fish farm coming in and helping a community.”

Fish farming checks a lot of boxes for small towns, particularly in the economically depressed parts of the Midwest, according to Constant. Installing an aquaculture facility in a town brings access to fresh protein, new life to unused structures and new job prospects and training for local residents.

And it could help turn around the region’s gloomy economic prospects.

Long tied to the nation’s farming and manufacturing economies, the Midwest has been in decline for decades. According to the Bureau of Labor Statistics, manufacturing employment will fall to 11.6 million jobs nationwide by 2026, down from nearly twice that at its peak in the 1970s, and the manufacturing/agriculture economy has shrunk from 33 percent of GDP to just 12 percent over the last 60 years due to efficiency gains and other structural shifts. The regional workforce of adults aged 25 to 54 is also shrinking in 16 mostly Midwestern states, according to The Pew Charitable Trusts, a trend that is expected to continue until 2040.

Aquaculture could provide a solution for communities struggling to regain their economic footing in the face of these challenges.

It’s already beginning at the junior colleges, community colleges and other education institutions scattered all across the country in both rural and urban areas. Students are already studying biology, chemistry, agriculture and animal sciences. The key now is to bring those skills into aquaculture to help both the workers as well as the industry grow.

“We know that the workforce is there, and we also know that there’s going to be a small training gap,” said Eric Ely, founding member and head of the Innovative Aquaculture Alliance’s sales and logistics operations. “But once that happens in those local communities that’s just going to go on and on and on. We think our opportunity here is to spread aquaculture across the Midwest and across the U.S.”

According to the United States Department of Agriculture, an estimated 54.4 million people, more than 17 percent of the U.S. population, live in so-called “food deserts,” or areas that are underserved by traditional grocery stores. As a result, these residents don’t have access to the same healthy food options that so many of us take for granted.

At the same time, “local” is one of the hottest trends in food and agriculture and has been growing exponentially for several years, according to the market research firm Packaged Facts. U.S. consumers spent more than $11 billion on local foods in 2014 and are on track to exceed $20 billion by 2019. Walmart alone sells nearly $750 million worth of locally grown produce annually, while as much as 40 percent of the produce that grocery chain Supervalu sells comes from local sources.

By bringing fish farms to the middle of the country, the organization wants to introduce a healthy food source to areas that too often don’t have access to seafood. And demand is rising, as more and more Americans are consuming seafood, thanks to lower price and better publicity of the health benefits.

“More and more people are aware of what they are putting in their bodies and they realize that fish is something that we need to consume more of,” said Ely. “There is a need, more than any other time, to bring fish farms to more of the country. At the same time, many are trying to figure out how they can keep their buildings busy on their property and utilize what they have. Fish farming I think is meeting a huge need right now.” 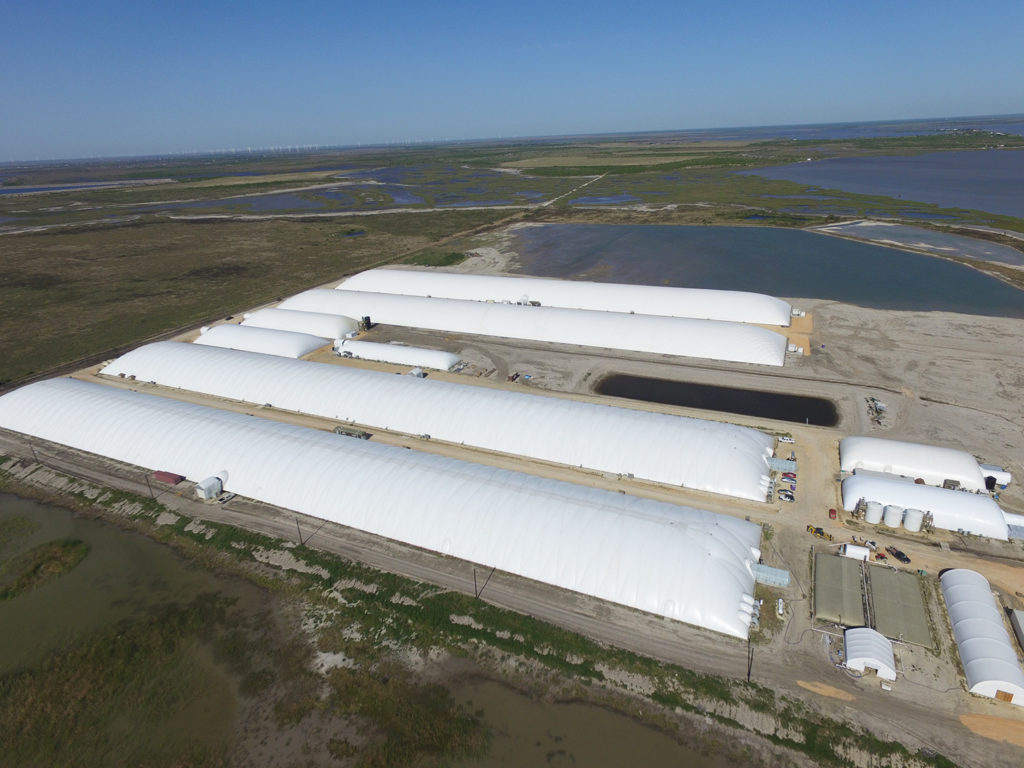 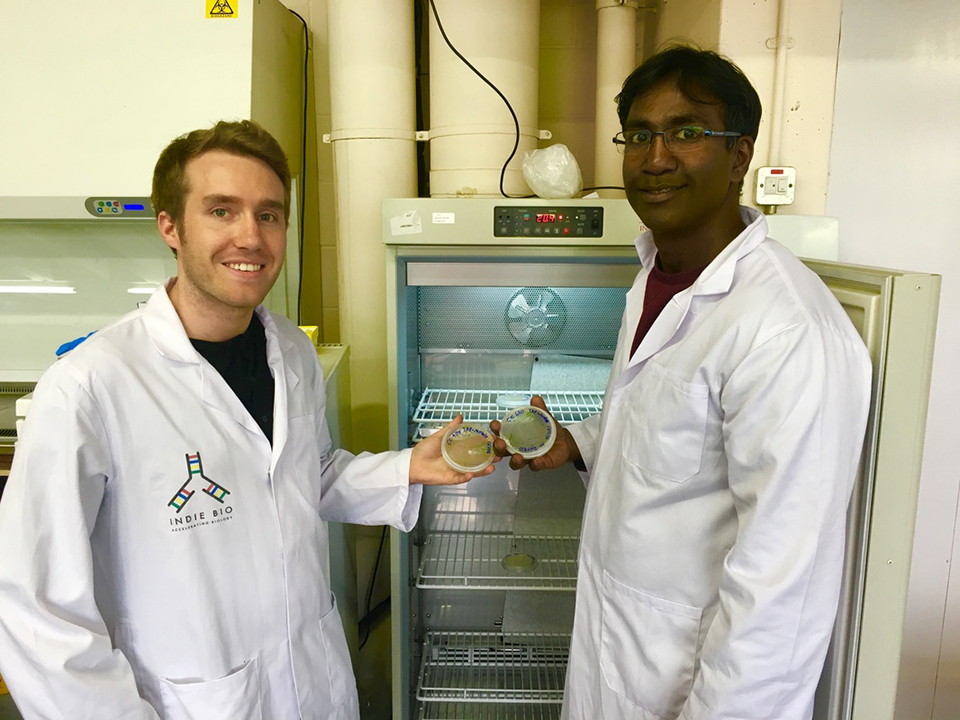 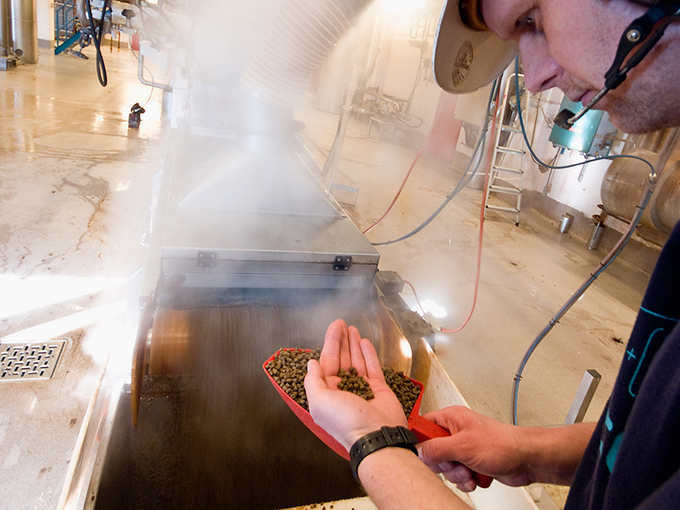