With no template to squire each and every step of what would become an arduous process, John Holmyard’s plans for an offshore mussel farm took quite some time to develop. Too long, in fact, for his initial investors, who bailed due to all the regulatory delays.

“Being a pioneer is always difficult,” Holmyard told the Advocate.

Holmyard, the managing director of Offshore Shellfish Ltd. (OSL) who returned from Scotland to his native Southwest England to start the new business, knew of few other mussel farms operating in unprotected offshore waters, several miles offshore. His would be, by all accounts, the first to not only brave the harsh conditions but also the governing bodies overseeing aquaculture.

The headwinds were indeed stiff, and sufficient reason why nobody had previously ventured far off the coast: Winter weather in the waters where mussels grow best is often unkind to traditional raft configurations, particularly when the farm ventures beyond sheltered coves and harbors.

And with no prior missteps from others to learn from, an entirely new approach would be needed, one that drew upon the successes of established mussel operations in New Zealand as well as other offshore techniques being developed around the world.

We were being asked to prove that there would be no negative impacts. Proving a negative in science is not possible.

That, and a good dose of patience, as the farm would need a home before any great engineering efforts would commence. After years of searching for a suitable spot, Holmyard found one more than 3 miles off the coast of South Devon, in Lyme Bay, in the English Channel between England and France. To operate there a lease was needed from the Crown Estate as well as a license from the Marine Management Organisation (MMO), which had never issued one for offshore aquaculture. Cue the delays.

“This process involved a lengthy consultation process, during which many stakeholders had the opportunity to have their say and decry the project,” said Nicki Holmyard, John’s wife and business partner. “Numerous meetings were held over the course of three years, to sort out potential areas of conflict with other marine users. Many of the objections were born from the general misconception about aquaculture (that it is a bad thing) that is often propagated by ill-informed pressure groups.

“Aquaculture does not seem to be seen as a normal part of seafood production,” she added. “It is different in Scotland and other countries in Europe, where aquaculture is big business, and the government is onside and supportive.”

The cautious MMO and the Crown Estate also sought additional input on environmental impacts from other government bodies, such as Natural England. “The end result was that they did not say no, but neither did they say yes, so we reached a stalemate,” Nicki Holmyard said.

“We were being asked to prove that there would be no negative impacts. Proving a negative in science is not possible,” added John Holmyard. “The only way ‘round this was to put in place a highly detailed pre-development baseline survey, followed each year by extensive monitoring to gauge the effects of building a large-scale, offshore, rope-grown mussel farm.”

OSL eventually obtained its MMO license, and then a trial lease from the Crown Estate. Media attention by this time had increased, and now the Holmyards found themselves delayed further, and seeking additional permissions – this time from the public.

“Our early relationship with the local community in Lyme Bay was troubled to say the least,” said Nicki Holmyard. “No-one likes change and no-one likes incomers being successful. It’s the British way! A lot of untruths have been told about us and a lot of objections were put in our way, but we have worked away quietly, minding our own business and getting on with the job.”

Today, three years after placing its initial mussel headlines in the water to test the survivability of its purpose-built equipment – including seabed screw anchors, specialist rope from New Zealand and a high-density polyethylene (HDPE) flotation system developed in tandem with Fusion Marine Ltd. – OSL aims to produce 2,000 metric tons (MT) next year, with an eye on 10,000 MT annually by 2020.

And they’re growing with the blessings of the community, in part by providing employment opportunities in an area where low-paying seasonal jobs are far more common. OSL has also invested in local services, equipment, and is planning to support improvements to the Brixham Harbour landing facilities as well.

Tests of acceptance passed, the work of growing the business to profitable size and scope is only beginning.

“Our first year was a small-scale trial with three headlines to test whether the equipment would survive offshore, whether or not we could catch naturally occurring spat, and whether we could on-grow that spat over winter, without the mussels being shaken off. The answer to all three was yes,” John Holmyard said.

A customized configuration of 250-liter HDPE floats was designed to withstand the extreme forces of waves and storms – and potentially submerged – without transferring those forces onto the ropes, which may cause the mussels to dislodge. A unique spliced-loop attachment system ensures the ropes can be quickly and easily attached, with no knots to tie.

Thirty additional headlines were then built to gauge the scalability of the farm, and OSL is installing 180 new headlines this summer to transfer the new spat-fall onto. Within four years, the company hopes to maximize its permit by operating 790 headlines on three separate sites, two of which cover 6 square kilometers, with the third slightly smaller.

The demanding venture has become a family affair for the Holmyards, who are joined in the business by their oceanographer son George, who is the offshore manager, and daughter Sarah, who handles marketing and sales. Their eldest son apparently still needs convincing to leave his job teaching physics in Germany.

“Working with family can be a mixed blessing,” Nicki Holmyard said, “but we have a strict rule that work issues are not brought to the dinner table!”

Work issues do not, of course, include the mussels themselves. 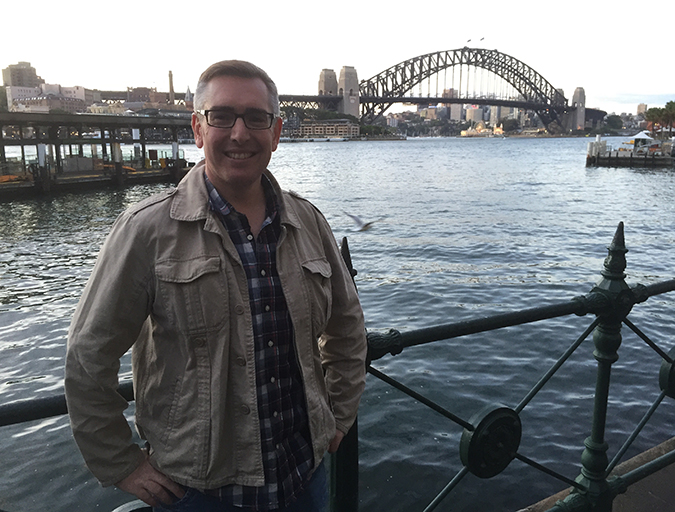