The process to gain approval from the United States Food and Drug Administration (FDA) for the use of drugs on fish is long, arduous and expensive. Due to this regulatory process, as well as the relatively small size of the aquaculture industry in the United States, no drug sponsor is willing to try to get its drug approved for the aquaculture market without extensive help from public data-generating partners (PDGPs), a small core group of federal, state and university researchers.

Approval of a drug for use on fish is a huge milestone. However, the finish line hasn’t been crossed until end users are made aware of the new approval and how the drug can be used.

This may seem a paltry list, but aquaculture drug approval progress is difficult to measure, particularly when the number of approved drugs and their specific uses (referred to as claims) are the only metrics used. What’s not widely known is the huge quantity of high-quality data that is continuously generated and accepted by the FDA to put drug sponsors one step closer to a new approval.

Substantial progress has been made to gain initial approval for chloramine-T and expand current approvals for florfenicol and hydrogen peroxide as therapeutic drugs. In addition, a plan has been developed and some data generated to support an initial approval of AQUI-S 20E (10 percent eugenol) as a fish sedative.

Aquaflor (Merck Animal Health) contains the broad-spectrum antibiotic florfenicol (50 percent by weight), which has activity against gram-negative and -positive bacteria through bacteriostatic and bacteriocidal properties. It is currently approved by FDA as a veterinary feed directive drug to be administered daily at 10 mg florfenicol/kg fish body weight for 10 days (standard dosage) to control mortality in channel catfish caused by enteric septicemia and mortality in freshwater salmonids caused by coldwater disease or furunculosis.

Based on work done by the sponsor and some PDGPs, it is likely the label for this product will be expanded to include claims for controlling mortality due to streptococcal disease or systemic columnaris disease in warmwater fish and mortality caused by bacterial kidney disease in Chinook salmon, as well as the option to administer the drug to fish at either 10 or 15 mg/kg/day for 10 days.

Based on work done by PDGPs, it is likely the label for this product will be expanded to include the following uses: to control mortality caused by external columnaris in cool- and warmwater fish, mortality in all freshwater fish caused by saprolegniasis and the infestation density of Gyrodactylus salmonis on freshwater-reared salmonids.

One issue identified during work by the PDGP to support the approval of hydrogen peroxide to control external parasites was that the typical U.S. drug approval process results in a claim to control a specific pathogen. All studies completed with hydrogen peroxide to control parasites have thus far only evaluated the response of G. salmonis, one of several hundred gyrodactylid species in North America. Further complicating is that very few individuals are capable of identifying parasites to species. If there were differences in the responses of gyrodactylids to hydrogen peroxide, users might not be able to determine when or if treatment was justified.

To better understand the different Gyrodactylus species infesting freshwater fish, specimens were taken by hatcheries across the U.S. and provided to the U.S. Fish and Wildlife Service La Crosse Fish Health Center in La Crosse, Wisconsin, for speciation. To date, all specimens taken from infested salmonids have been identified as G. salmonis. This information, combined with other available data, may allow the sponsor and PDPG to attain an all-Gyrodactylus claim for freshwater-reared salmonids. Regardless of how hydrogen peroxide is approved as a parasiticide, there should be three new claims for this product coming down the pipe.

Efforts have been under way for many years to gain an initial approval for Halamid (Axcentive SARL). Halamid (chloramine-T) is another non-selective oxidizing agent that is of great interest to aquaculture.

Data generated by the PDGP are available to support a claim to control mortality in freshwater-reared salmonids caused by bacterial gill disease and to control mortality in warmwater fish and walleye caused by external columnaris. Axcentive SARL still has a bit of work to do in order to satisfy FDA requirements before an approval will be granted. Approval of chloramine-T will put one more tool in the medicine chest for fish culturists and other fisheries professionals.

Fisheries professionals are in desperate need of a safe and effective fish sedative that allows fish to be released or slaughtered immediately after sedation. Sedative products containing tricaine methanesulfonate currently approved for use on fish in the U.S. require a 21-day withdrawal period before sedated fish can be harvested or released into the wild.

Although this withdrawal period poses fewer problems for cultured fish that remain in the hatchery for the duration of this period or small fish that will not reach legal harvestable/catchable size for three weeks. However, many fisheries researchers routinely sedate fish in field studies in which retaining them for the duration of the withdrawal period is impractical or impossible.

Therefore, an effort was made to identify drugs with the potential for approval as an immediate-release sedative and solicit sponsors of these products to pursue U.S. approvals. Next, a group of fishery biologists directly involved in the aquaculture drug approval process were asked to delineate data requirements for each candidate sedative and gauge the interest of the sponsor to gain FDA approval.

Several candidates were identified, but for a variety of reasons, the group of fishery biologists tasked with narrowing the field decided that AQUI-S 20E (10 percent eugenol, AQUI-S New Zealand, Ltd.) was the candidate with the greatest chance of gaining FDA approval in the shortest period of time.

It’s a long way to the finish line on the road to a drug approval, and any excitement is often tempered with this reality. As with any approval process, unforeseen circumstances could challenge the process, but the sponsor is actively engaged in the process and a solid strategy has been developed to pursue an approval for the product. In addition, FDA has indicated that data requirements for a sedative that would allow fish, particularly those caught in the wild and not likely to be harvested immediately upon release, to be sedated once in their lifetimes should be different from those for standard microbicidal drugs.

Currently, the plan is to have one lab conduct studies to demonstrate safety and effectiveness, while another lab conducts studies to support acute risk exposure and residue depletion. The sponsor is con-ducting studies to fulfill the product chemistry, toxicology and environmental safety of AQUI-S 20E. Once things get under way, an initial approval may take only three to five years. 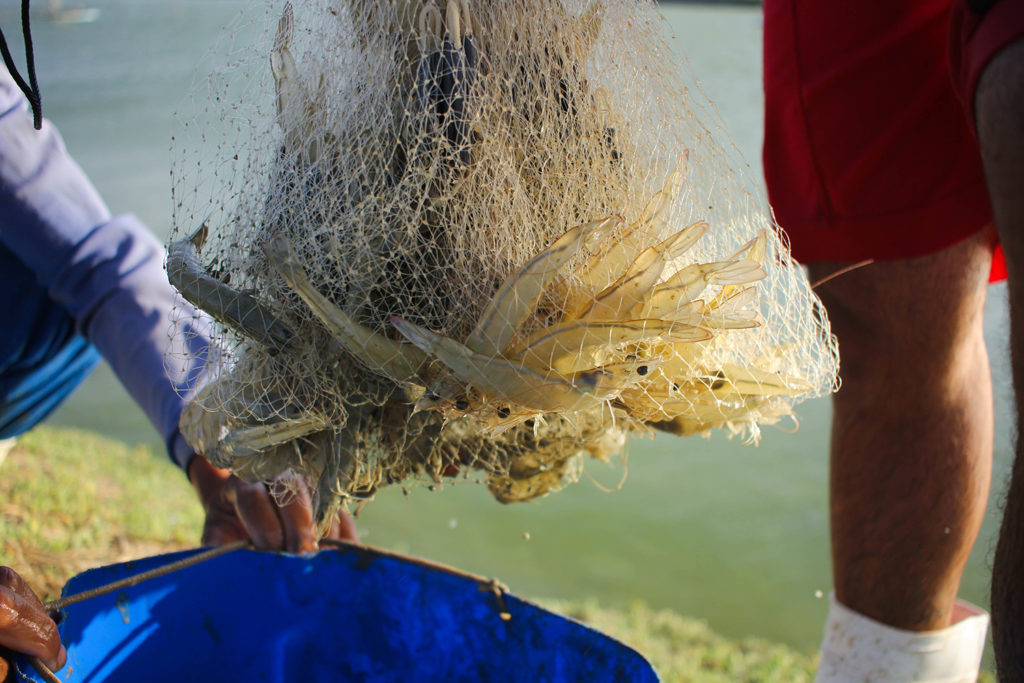